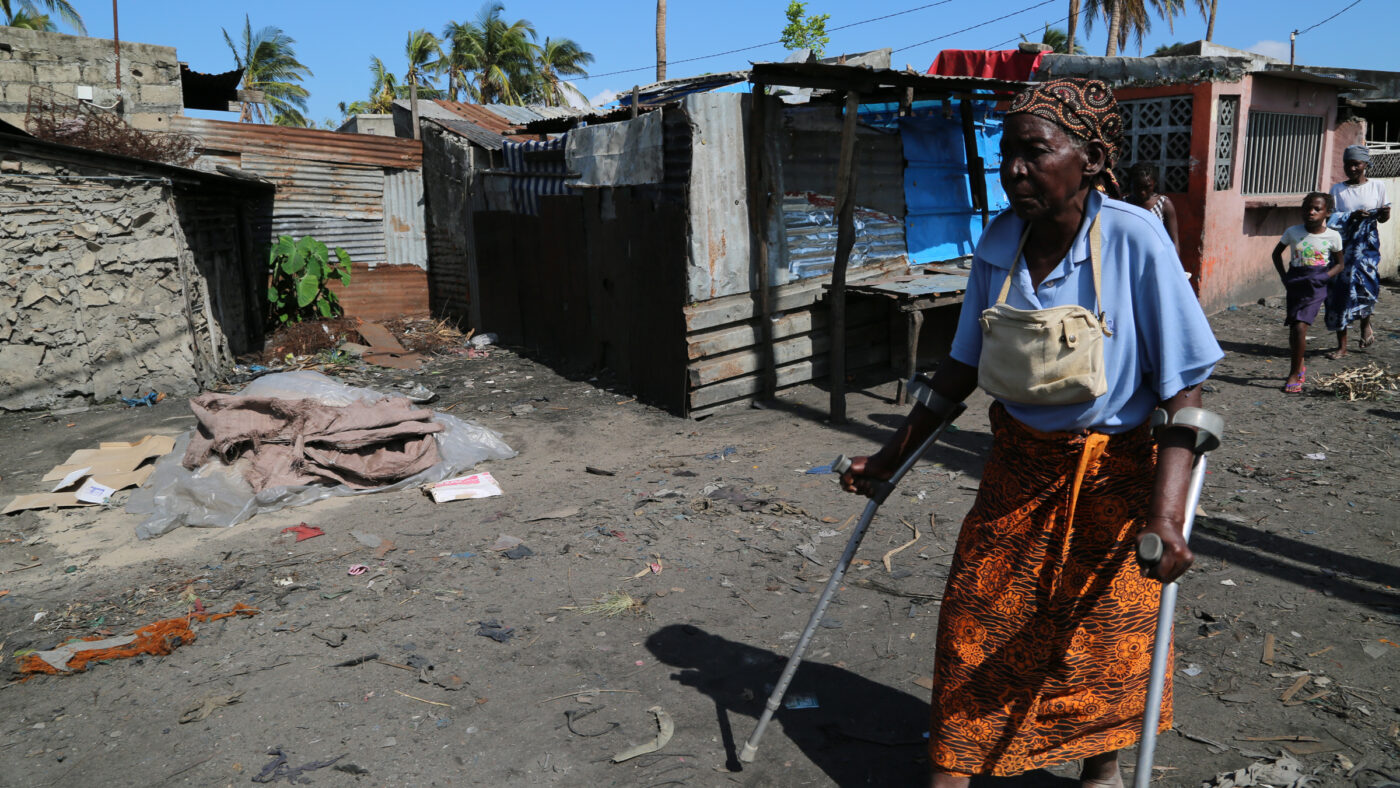 Cyclones Idai and Kenneth destroyed homes, wiped out fisheries, washed away roads and ruined hundreds of thousands of acres of farmland. Those who were hit the hardest are still struggling to get back on their feet, and now another storm – COVID-19 – has made landfall.

WFP is doing everything it can to support recovery projects, but 2 million people are still food insecure amidst this new pandemic.

THE LONG ROAD TO RECOVERY 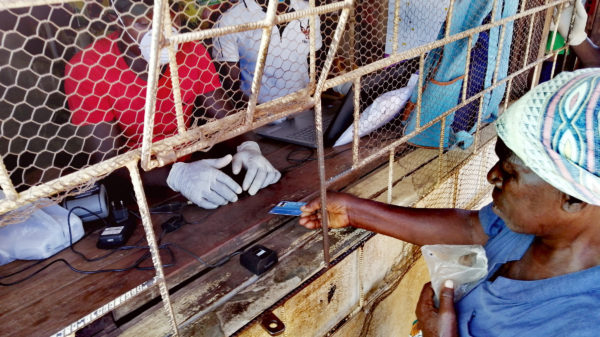 As of April 22nd, 40 cases of coronavirus have been confirmed in Mozambique. With nearly all facets of the country's infrastructure in shambles, including health care, an outbreak could be devastating. WFP has rolled out prevention measures at its food distribution points to curb the spread. 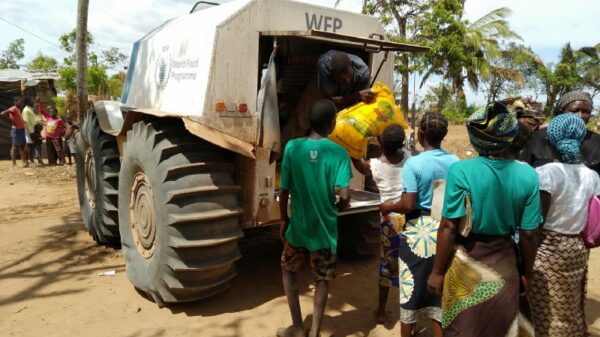 WFP is providing aid to 1.6 million people and re-establishing phone and data networks so that government and humanitarian agencies can communicate quickly. Nutritionists are working to treat 100,000 malnourished children and women. Two amphibious vehicles, each with a capacity of 2,200 pounds, are carrying food and other essentials to hard-to-reach locations. 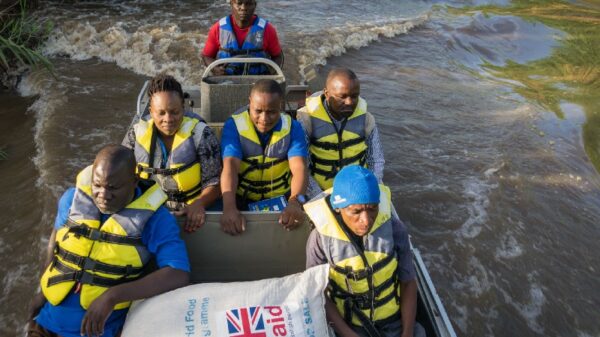 Just 40 days after Idai struck, Mozambique is hit by Cyclone Kenneth. It drops more than a year's worth of rain in just a few days, kills 38 people and destroys 30,000 homes. The U.S. gives another $3 million to relief efforts in neighboring Malawi, making it the largest donor to WFP's efforts there, totaling over $28 million in 2018/2019. 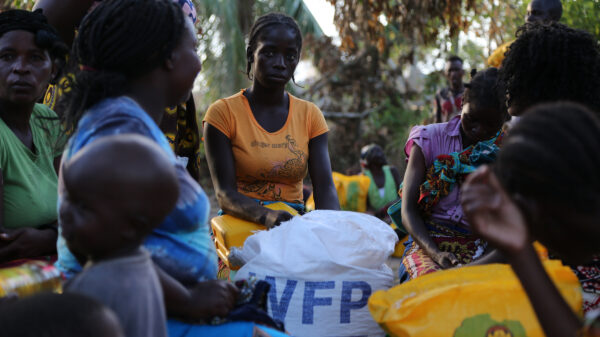 On the one-month anniversary of the cyclone's landfall, WFP reaches the 1 million mark for people assisted in Mozambique. It's scaling up to reach 700,000 more in the coming weeks. 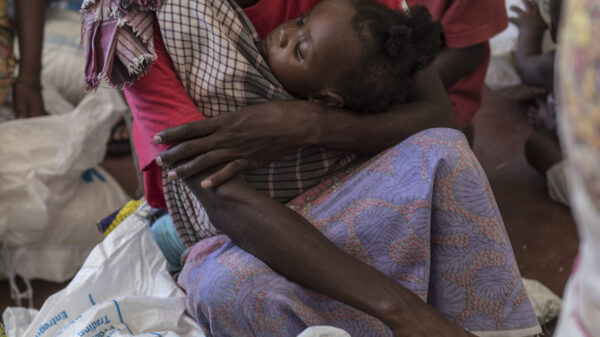 Floodwaters start to recede, but a major outbreak of cholera has begun. WFP uses drones to locate high-risk areas and sends 90 additional staff members to help, including emergency coordinators, nutritionists, and logistics experts. Food is scarce, and prices are rising rapidly. Tomatoes cost 4-5 times more than they did the week before. WFP reaches 547,800 cyclone victims with food and is working to reach 1.7 million. 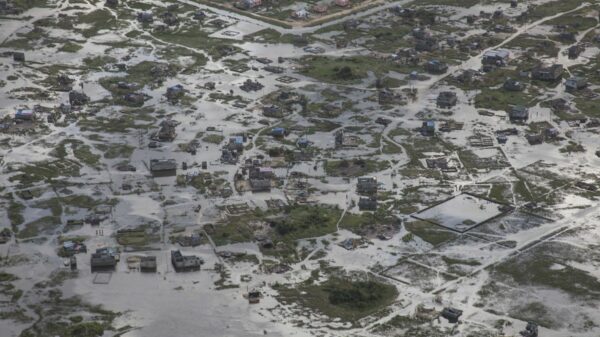 On March 20th, Mozambique declares its first-ever state of emergency and WFP provides two MI-8 transport helicopters to support rescue and relief operations. By the 26th, an estimated 3 million people have been affected by flooding. The waters have formed an "inland ocean," larger than New York City, Chicago, Washington, D.C. and Boston combined. In response, WFP airlifts another 46 tons of high-energy biscuits to stranded people. 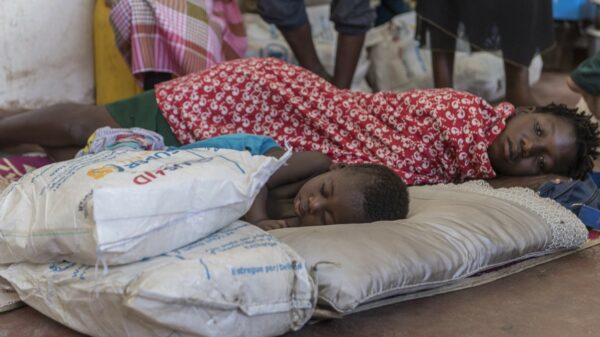 Within days, twenty tons of food is flown into Mozambique from a WFP emergency response depot in Dubai. It includes high-energy biscuits and a peanut-based micro-nutrient rich paste to prevent and treat malnutrition. 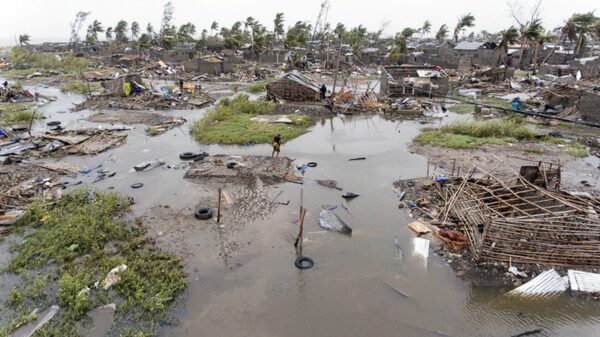 The first of two storms – Tropical Cyclone Idai – makes landfall near Beira, the country’s fourth-largest city, with winds exceeding 105 mph. Immediately, 500,000 people across the region are forced from their homes. 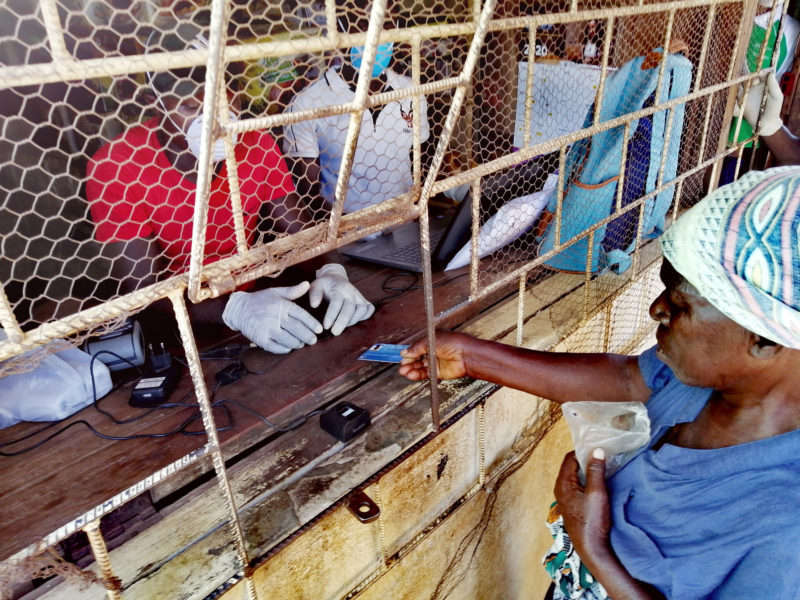 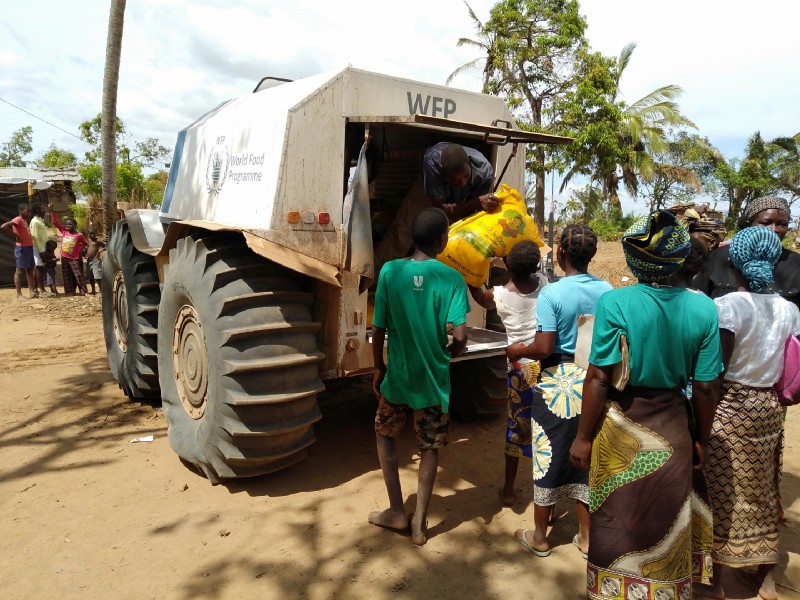 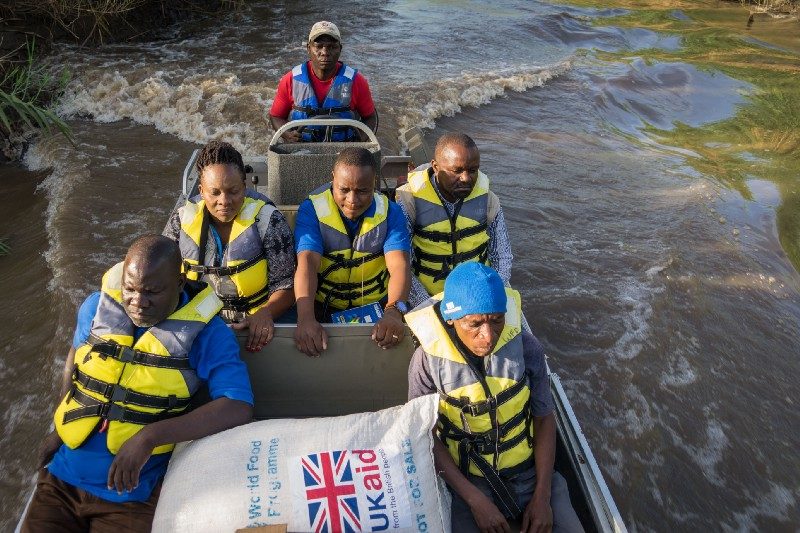 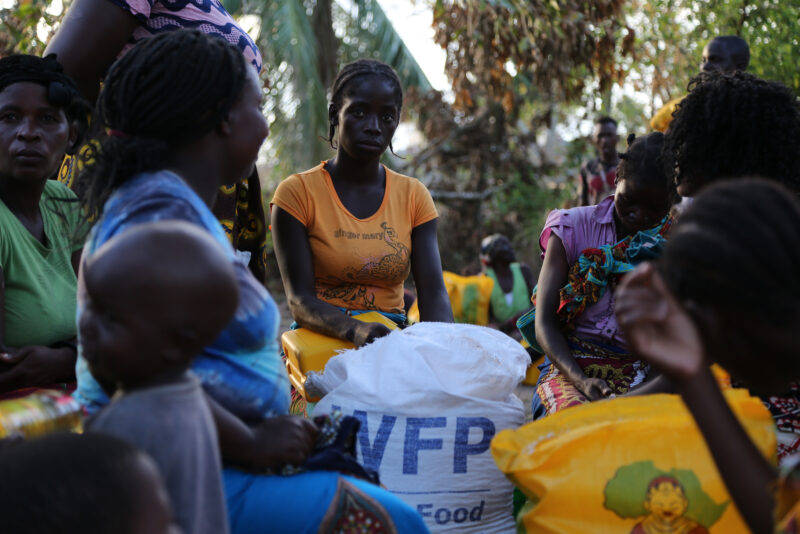 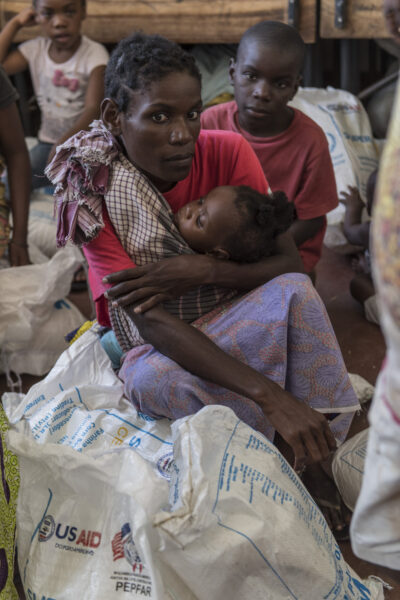 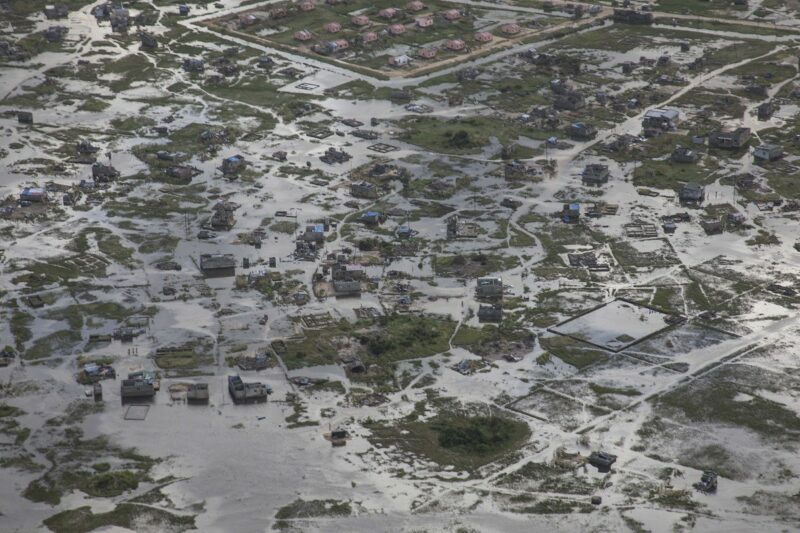 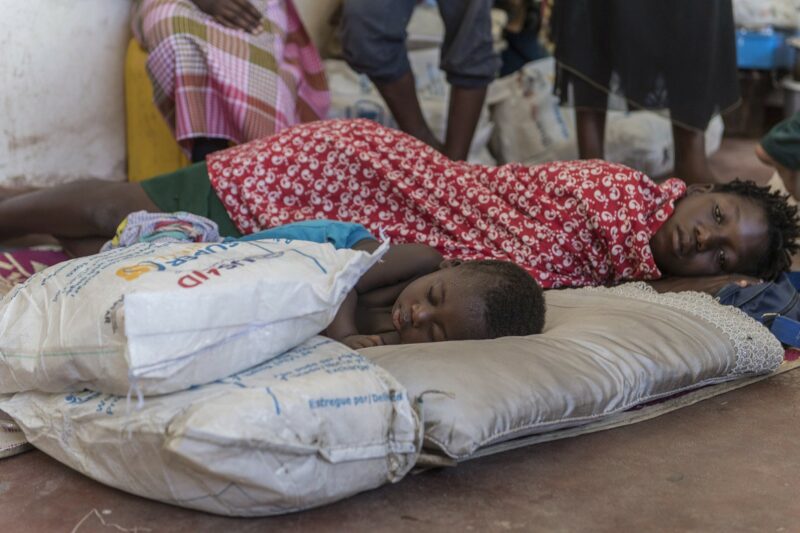 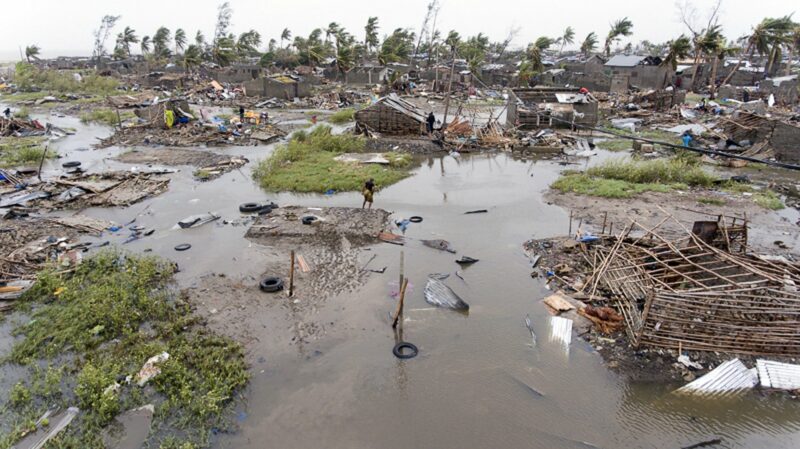 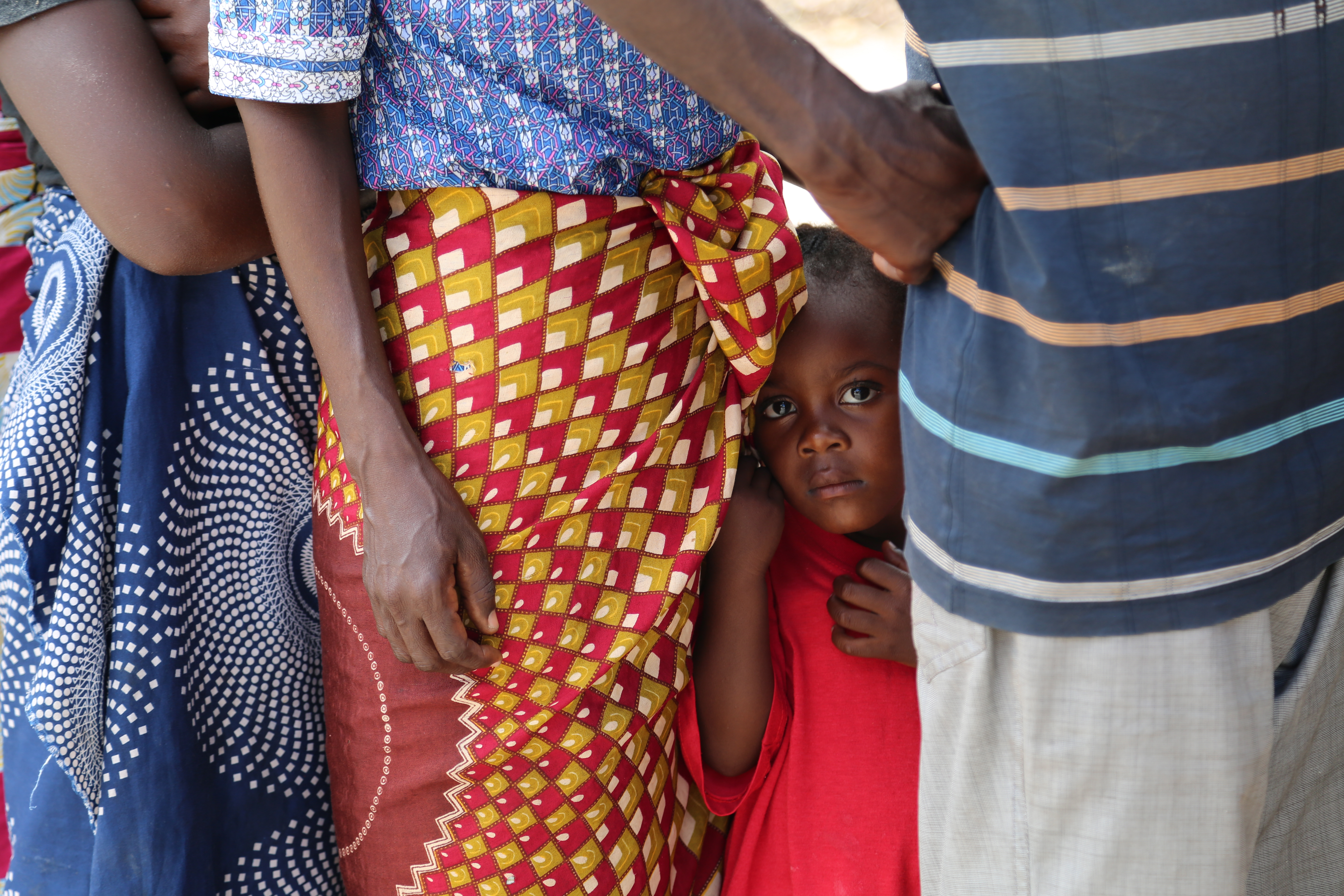 WFP is doing whatever it takes to reach people who are in desperate need of food and other lifesaving assistance.

WFP airdropped High-Energy Biscuits (HEBs) to people who were stranded by the floodwaters. The fortified biscuits are often used in emergencies because they are nutritious, easy to transport and do not need cooking.

In addition to helicopters, WFP used two amphibious vehicles – called SHERPs – to deliver food and other essentials to hard-to-reach locations. SHERPs can float, climb and navigate through flooded terrain.

WFP is the leader of the emergency telecommunications for UN relief efforts. Its experts worked to re-establish vital networks brought down by the storm and accelerate communications.

The World Food Programme was able to reach more than 1.8 million people in Mozambique after the storms. People like Maria, Virginia, Wonder and Shayne. 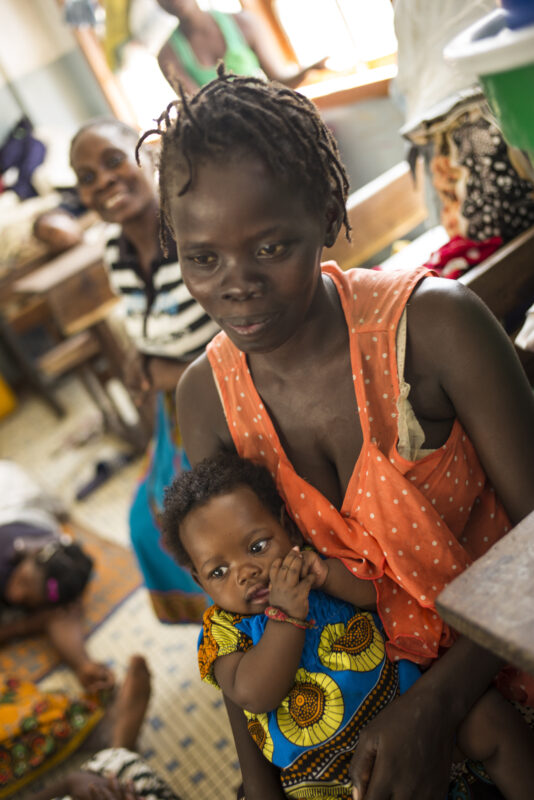 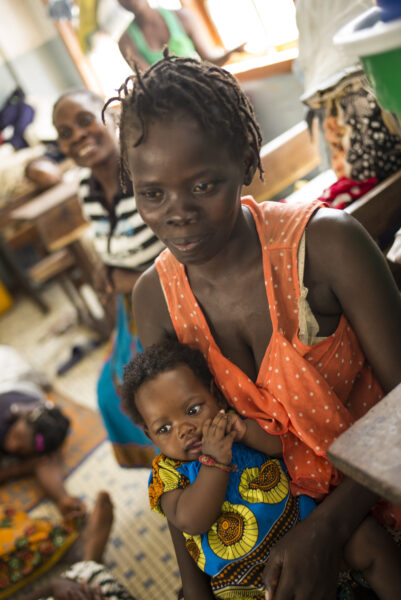 Maria Joao is 23 years old and has three daughters. Before the cyclone, she and her husband caught and sold fish. In the aftermath, her family got warm meals from WFP at a school shelter. 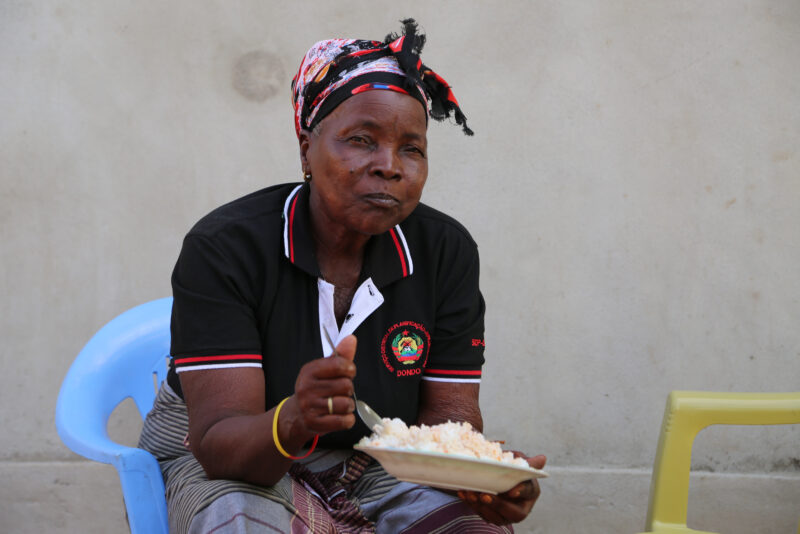 Virginia Jone provided shelter to 12 of her family members. WFP gave them enough rice, beans and cooking oil to last for two weeks. 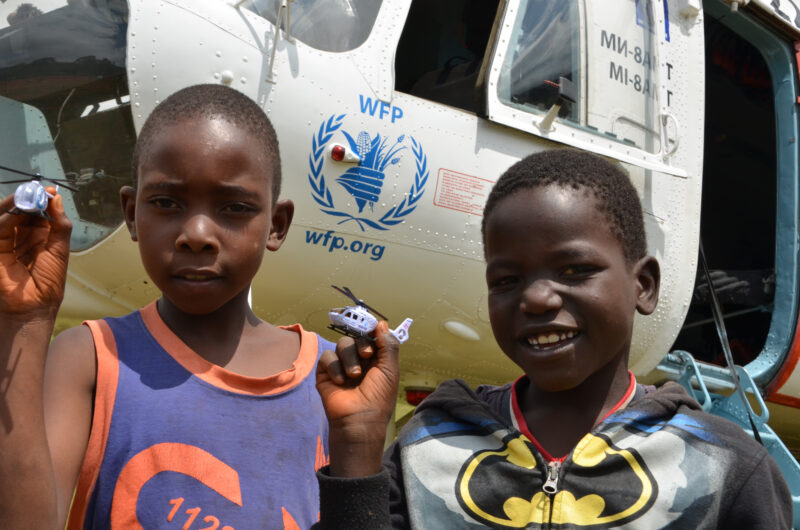 Two friends, Wonder and Shayne, lost their homes to Idai. Now they both say they want to be WFP pilots when they grow up.

are desperately in need of food assistance

to continue its recovery efforts
Together we can deliver food to people in desperate need of help.
Donate
Explore About Us WFP's Work U.S. Policy Newsroom Podcast
Get Involved Start a Fundraiser Be a ZeroHunger Hero SharetheMeal App Corporate Partnerships Foundations
It looks like you're outside of the United States.