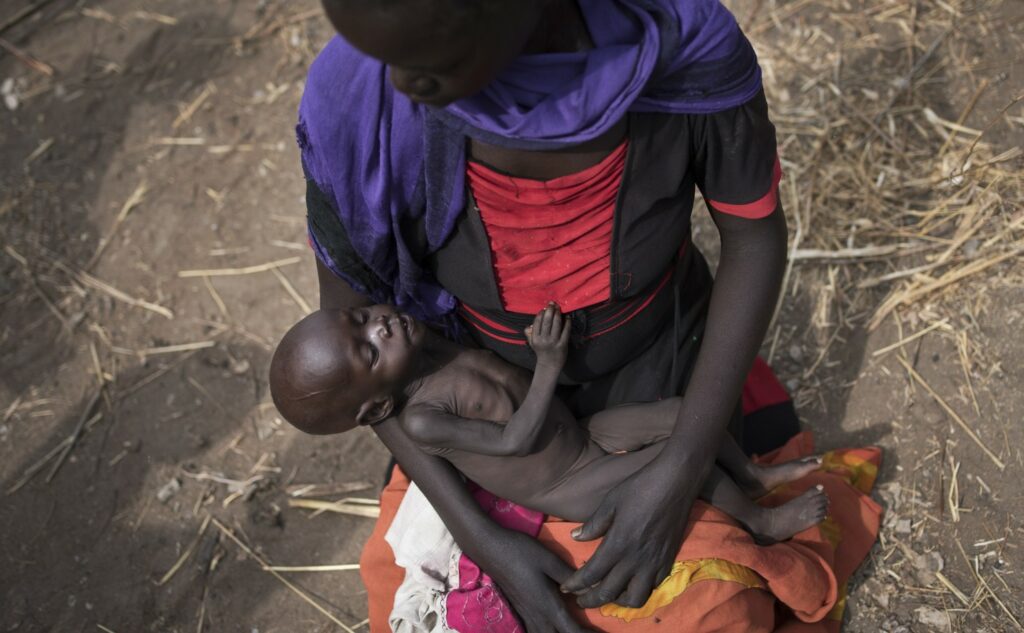 This article was originally published by The Washington Post.

The never-ending circus that is Donald Trump’s presidency has sucked attention from all kinds of issues that desperately need it, from health-care reform to the creeping expansion of U.S. engagement in Syria. Still, it’s shocking that so little heed is being paid to what the United Nations says is the worst humanitarian crisis since 1945: the danger that about 20 million people in four countries will suffer famine in the coming months, and that hundreds of thousands of children will starve to death.

Not heard of this? That’s the problem. According to U.N. and private relief officials, efforts to supply enough food to stem the simultaneous crises in South Sudan, Somalia, Yemen and Nigeria are falling tragically short so far, in part because of inadequate funding from governments and private donors. Of the $4.9 billion sought in February by the U.N.’s Office for the Coordination of Humanitarian Affairs (OCHA) for immediate needs in those countries, just 39 percent had been donated as of last week.

That resource gap could be attributed to donor fatigue, or to the sheer size of the need. But, in part, it’s a simple lack of awareness. “We can’t seem to get anyone’s attention to what’s going on,” says Carolyn Miles, the president and chief executive of Save the Children.

“I’ve never seen anything quite like this,” says David Beasley, the former South Carolina governor who heads the U.N. World Food Program. “The last eight to 10 months the world has been distracted. It’s all Trump, Trump, Trump . . . and here we are in crisis mode.”

The statistics that Miles and Beasley reel off certainly ought to command attention. For example: 1.4 million children are at risk of starvation in the four countries, of whom 600,000 “could die in the next three to four months,” according to Beasley. In Yemen, where hunger stalks 17 million people, only 3.3 million are being provided with full rations, compared with the 6.8 million the WFP wanted to feed this month. Meanwhile, a cholera epidemic has erupted, infecting more than 200,000 people so far. Miles says another child is infected every 35 seconds.

There’s been some progress: In the South Sudanese state of Unity, which surpassed the U.N. standard for a famine designation earlier this year, the alert was lifted last week following some large and timely food deliveries. In Somalia, too, relief operations have been more effective than during the last declared famine, in 2011. And yet the overall situation in both countries is still frightening. Fully 50 percent of South Sudan’s population, or 6 million people, are expected to be “severely food insecure” in the coming weeks, an increase of 500,000 over May.

In Somalia, the failure of spring rains may push the country into famine status by next month, Miles says. Yet the WFP says it might have to cut off 700,000 Somalis from aid in the next few weeks if more funding does not come through.

Notwithstanding the anti-foreign aid posture of the Trump administration, the United States is not the problem here. By early June Washington had pledged nearly $1.2 billion in relief to the four countries, including a supplement of $329 million announced on May 24. There’s more coming, thanks to a bipartisan coalition in Congress, spearheaded by Republican Sen. Lindsay O. Graham, that inserted $990 million for famine relief into this year’s budget.

Aid officials said getting the money from Washington is a slow process, thanks to the failure of the new administration to fill key posts at the U.S. Agency for International Development. And for the year beginning in October, Trump’s budget proposes a drastic cut of $1 billion in food aid. But Graham and other key legislators have already made clear that it won’t happen. “For all the chaos,” Beasley told me, “Democrats and Republicans still come together for hungry children.”

The WFP leader is more impatient with other nations — especially the Persian Gulf states that have done so much to create the crisis in Yemen. Saudi Arabia, which led the military intervention that has devastated an already poor country since 2015, is partially blockading the vital port of Hodeida, through which 70 percent of Yemen’s food is imported. So far this year the Saudis promised $227 million in famine relief to Yemen but delivered only about 30 percent of that. The United Arab Emirates isn’t even on OCHA’s list of donors. “The Saudis,” says Beasley, “ought to fund 100 percent of humanitarian needs in Yemen. No question.”

Famines used to attract broad interest in the West. Rock stars led relief campaigns, and television networks produced special documentaries. U.S. nongovernmental organizations are looking for ways to similarly galvanize the country this summer. Millions of lives may depend on whether they can find a way to command attention in the age of Trump.

Share this story
<< Read the previous story: What South Sudan Would Look Like Without WFP
Read the next story: What the “Hunger Season” Means for Farmers Fighting Famine >>
Explore About Us WFP's Work U.S. Policy Blog Podcast
Get Involved Start a Fundraiser Be a ZeroHunger Hero SharetheMeal App Corporate Partnerships Foundations
Donate
Continue to wfpusa.org