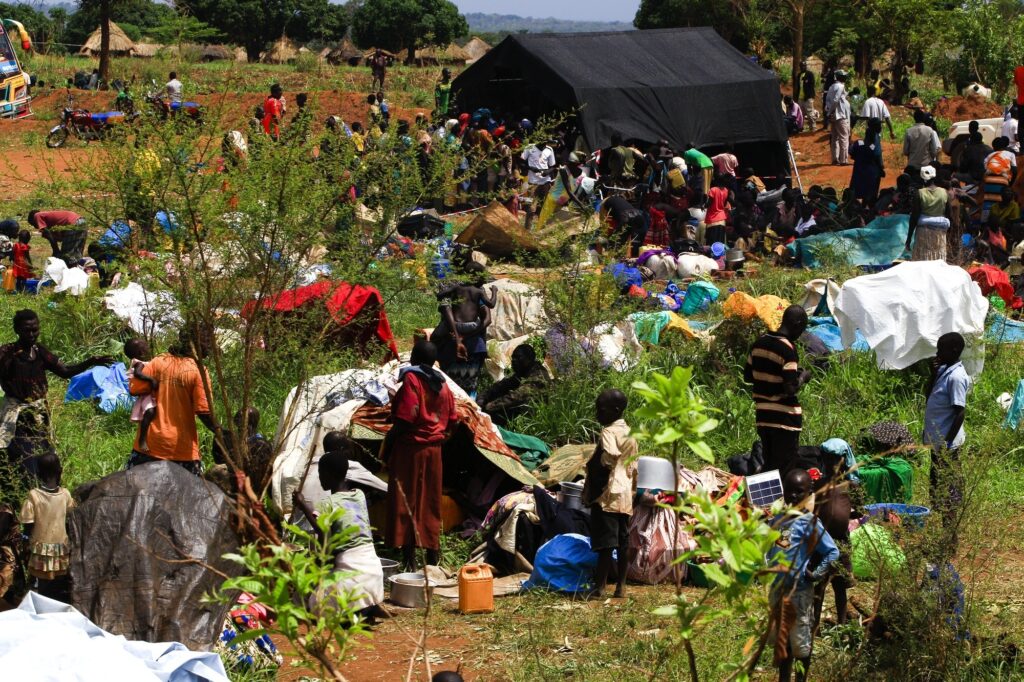 24 Hours on the Border of War

It was a call they didn’t expect.

As Erin Cochran, head of World Food Program USA’s communications team, was sitting down to eat dinner during a film mission to Uganda last month, local WFP colleagues at the table learned that a village called Pujok in neighboring South Sudan had just been attacked by government forces.

ERIN: “Several thousand people fled for their lives and fled for the border. You have a case where mothers and fathers, grandparents, children, grabbed whoever was next to them and ran, with the clothes on their back. When they crossed the Ugandan border, no one was waiting for them, because no one thought this was going to happen.” 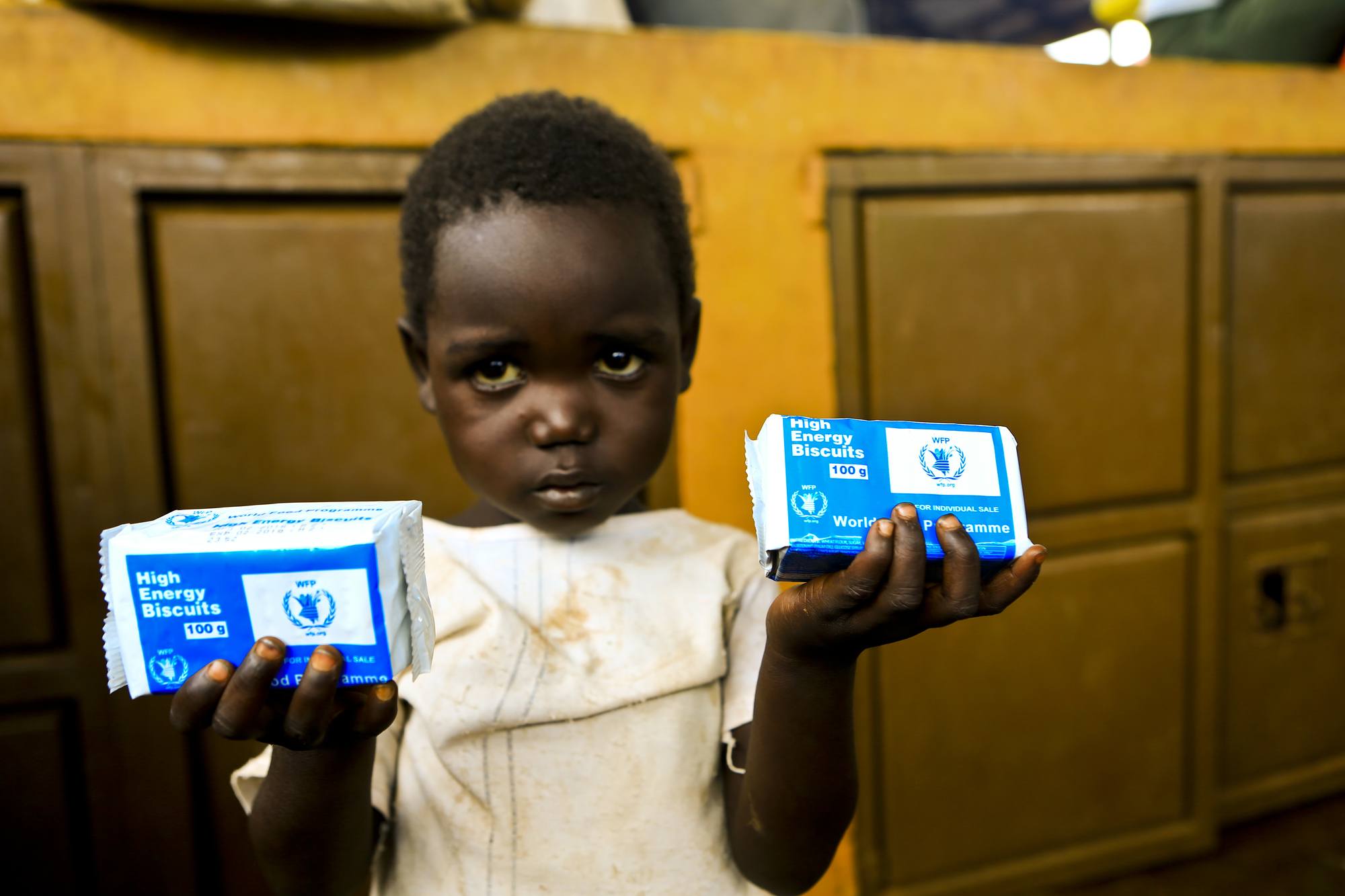 WFP/James Akena
This child received High Energy Biscuits from WFP at the border.

WFP mobilized its nearest staff to travel to a remote outpost on the border of South Sudan — just 10 miles from Pujok — to deliver food to thousands of people who had sought refuge there. Together with Doctors Without Borders, WFP aid workers were the first to arrive, registering families crossing the border and distributing High-Energy Biscuits while additional plans were made to provide cornmeal, fortified vegetable oil and beans.

ERIN: “I often think about, sometimes here in the US when we know an actual disaster is going to hit like a hurricane, you have the federal government mobilized to let people know, ‘Hey, it’s coming to Louisiana, or it’s coming to South Carolina. Get out.’ And then you get on the highway with your family, and you pack all your stuff into your car, and you drive on a nicely paved road. Now, I don’t want to underestimate the severity of that situation, but for so many people in South Sudan, there is no car, there is no road, there is certainly no one from the government telling you something bad is about to happen.”

More displaced people crossed the border into Uganda last year than crossed the Mediterranean, making it one of the largest hosts of refugees in Africa. The country boasts one of the most progressive policies toward refugees: Unlike most nations, Uganda allows displaced people to legally work and provides plots of land to grow food.

But war and famine in neighboring South Sudan is testing the country’s capacity to welcome families in need. On the latest episode of Hacking Hunger, Erin shares what she heard from families and aid workers in the first 24 hours of exodus — and how humanitarian agencies are grappling with one of the fastest growing refugee crises on the planet.

Listen to the full podcast episode below. 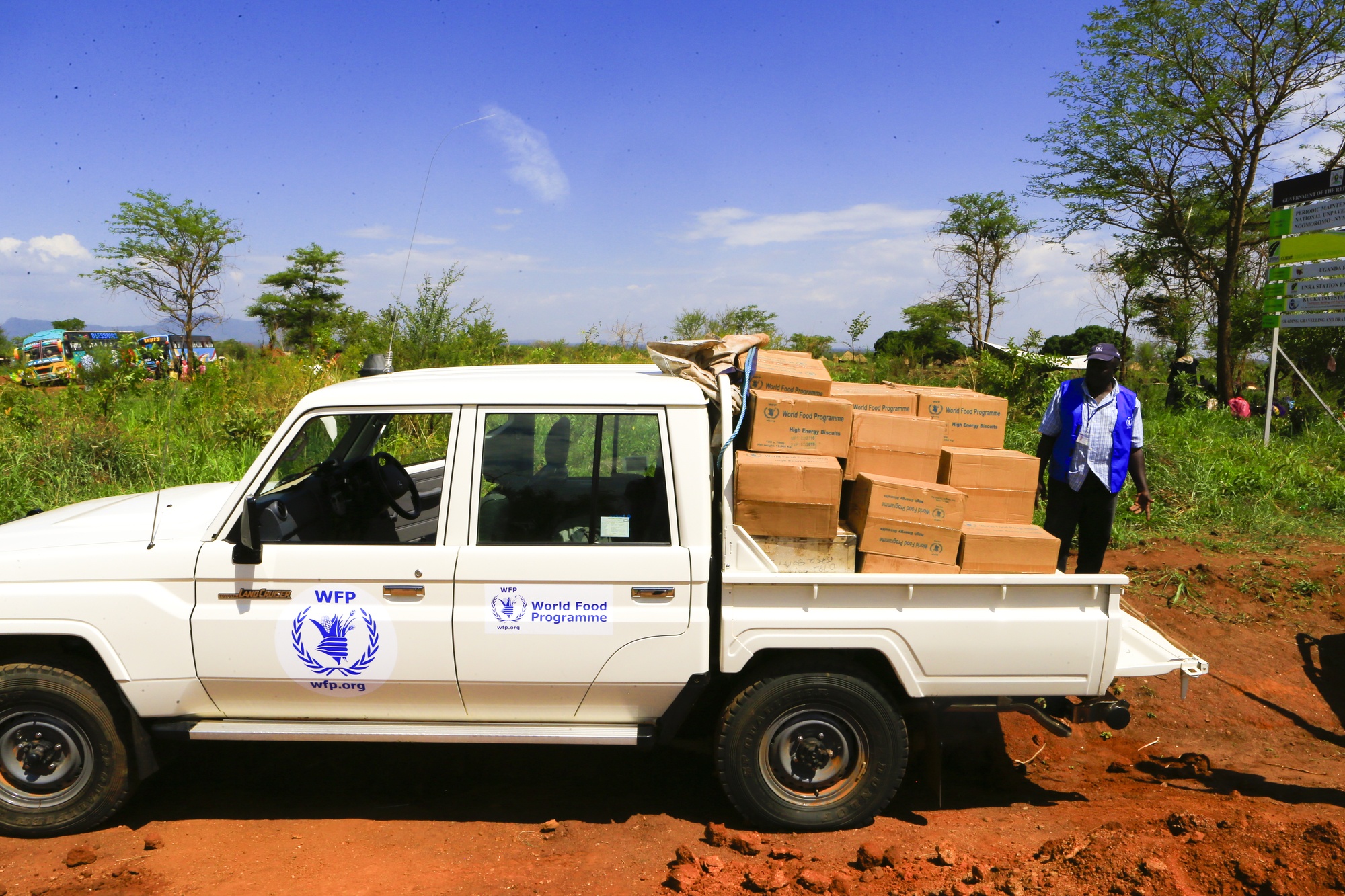 The World Food Programme was one of two aid agencies first to arrive to support the newly displaced South Sudanese refugees.

Stella Mavenjina, a WFP staffer from Uganda, was one of the first on the scene to provide assistance to families fleeing the attack in Pujok. Stella plays a critical role in helping set up WFP’s operations and explain to families arriving from South Sudan in their local language what they will be able to do as the new refugee settlement is established. She’s part of a coordinated effort with partners like UNHCR to provide one of the most basic and immediate needs for those fleeing conflict: Food.

STELLA: “In the morning for breakfast, when the kitchen is up and running, they take a porridge in the morning. Then they have this maize meal that we call Ugali with beans, for lunch and dinner. And they survive like this ideally for three days, maximum of a week or two, and then they go to their own plots of land where we give them their food and then they’ll do their individual cooking. They’ll try to live a normal life.” 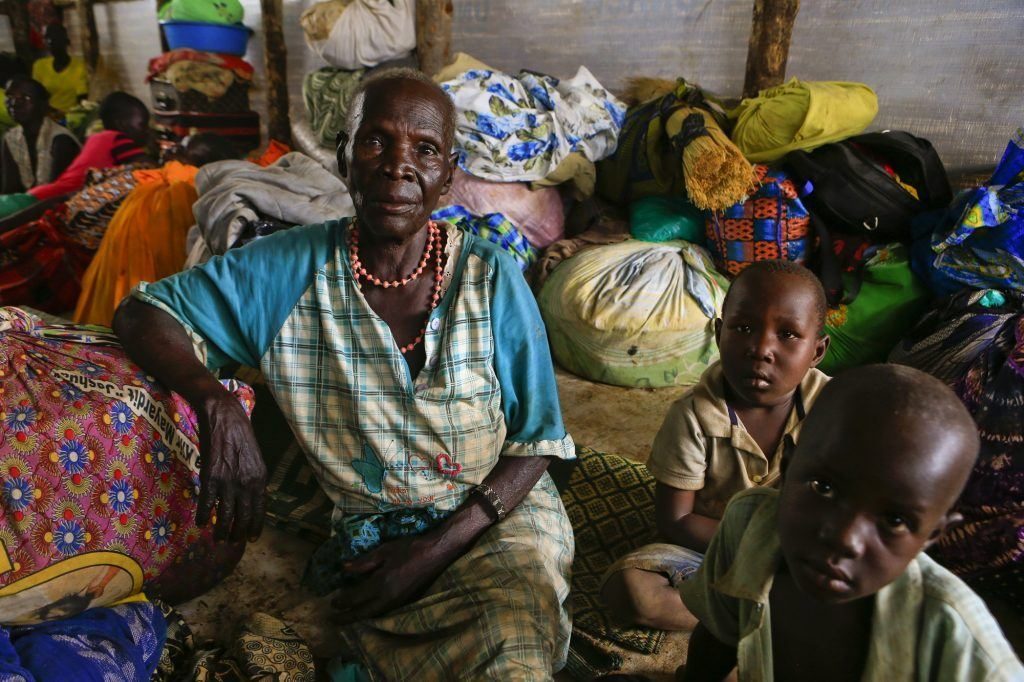 WFP/James Akeno
This woman and her grandchildren were among 3,000 people who fled the village of Pajok in South Sudan on April 3rd, 2017 following an attack by government forces.

Erin came back wanting to share what she saw as soon as she could, knowing she is one of a small number of Americans who have seen firsthand the sacrifices that families are making to escape South Sudan and save their loved ones.

ERIN: “This story is so under-told. But anybody can share this. Whether it’s on their Facebook page, on their Twitter account, send it in an email to a friend—I think that we all have to remember that 20 years ago, that wasn’t as easily possible. I also think it pays dignity. It’s an act that really dignifies the people who were serving and trying to help, by just simply sharing their story.”

Insecurity, displacement, rising food prices and restricted humanitarian access have compounded rising levels of hunger in South Sudan and countries around the world impacted by conflict.

More than 7 million children are facing famine, and in many cases WFP is the first on the ground to provide food assistance to children and families in need.

Be the difference between life and death for a child in need.

Please support WFP’s efforts to reach people in need as soon as possible.