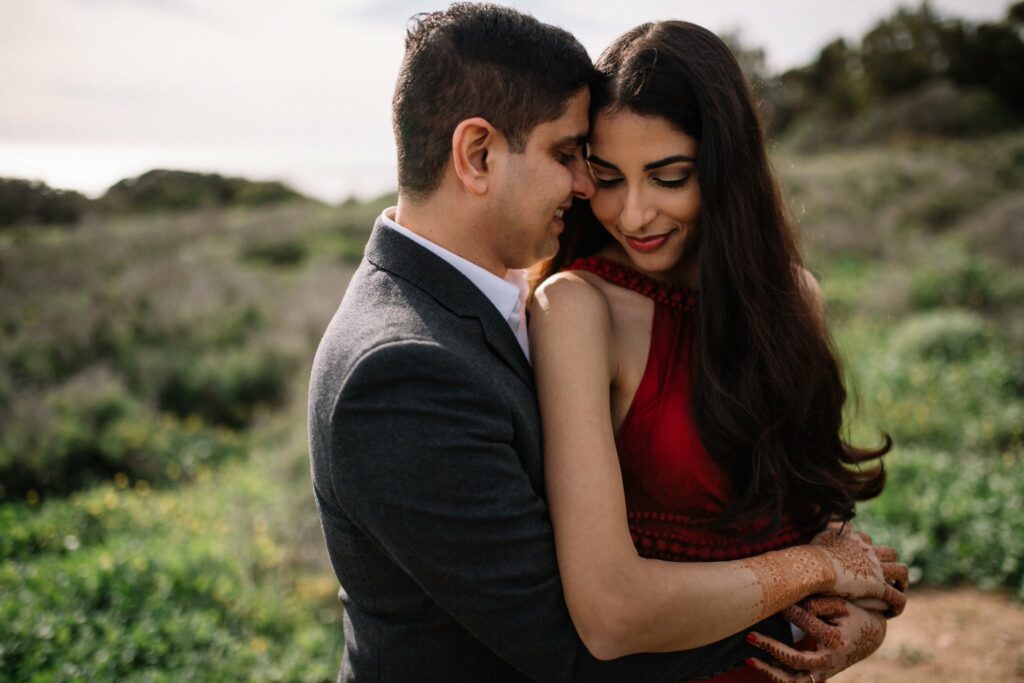 5 Donors Who Inspired Us

If you’re looking for signs of hope and opportunity for the new year, look no further than some of our incredible donors in 2017.

They saw urgent need in the world and responded. In different and creative ways, they worked with family and friends in their neighborhoods to deliver hope to hungry families in countries as far away as Cameroon and South Sudan to Syria.

To us, they’re inspirations to celebrate as we set our sights high to make the world a better place in 2018. 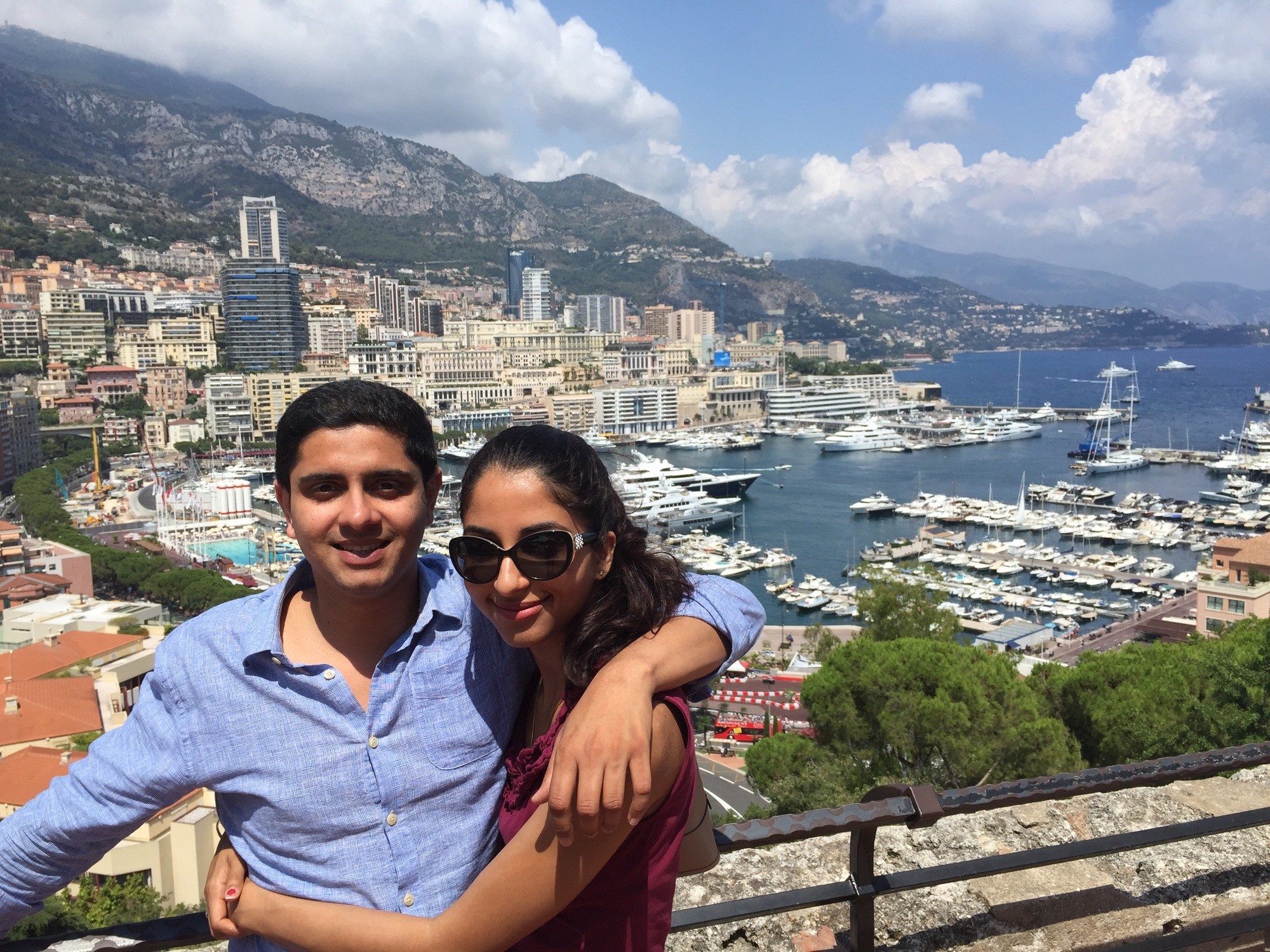 Courtesy of Poonam and Nishkaam

Lovebirds Poonam Kaushal and Nishkaam Mehta got hitched on Valentine’s Day. But instead of throwing a big wedding, they teamed up with friends, family and perfect strangers to create an unconventional wedding gift using ShareTheMeal, the world’s first hunger-fighting smartphone app.

“We started talking about how we wanted our wedding to reflect the kind of marriage we hope to have in terms of thinking beyond ourselves and giving back to others,” Nishkaam said. “We are using the time and money that would have gone into a traditional Indian wedding to instead donate money to a cause close to our hearts.”

Thanks to their efforts, over 6,000 people have so far joined the #MillionMealsforLove team on the app to share more than 500,000 meals to support hungry children around the world. Hear Poonam and Nishkaam below talk about the inspiration for their incredible campaign on WFP USA’s Hacking Hunger podcast.

In early October, Karen Simon spoke to her Maryland synagogue in honor of Yom Kippur.

After a 60 Minutes episode aired in March about a famine declaration in South Sudan, she and the KindWorks family sprung into action. Launching the “Silent Guest” campaign, they asked members of their community to give $10 and share the campaign with 10 different people. Little by little, the campaign touched the lives of thousands of people and helped hungry families threatened by famine in South Sudan.

Thanks to their efforts, more than $25,000 was raised to support the World Food Programme (WFP)’s work in South Sudan, which is continuing strong into 2018 to make sure famine does not return.

When 8th grader Toomas Jeyarajah first learned about besieged communities in Syria, he knew he had to do something to help. The revelation came during a classroom presentation on hunger in Syria, where millions of people have been displaced by violence—most of whom are children like Toomas. 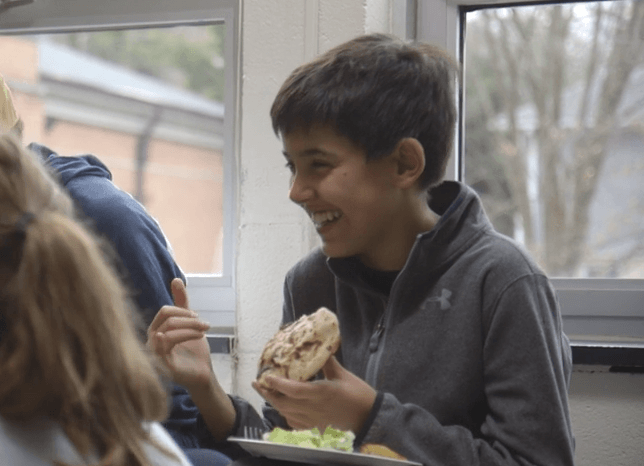 8th grader Toomas eating lunch with his classmates at the Sheridan School in Washington, D.C.

After learning about WFP and its role feeding Syrian families in crisis, Toomas knew how he could give back to boys and girls who would otherwise go to bed hungry each night.

“I donated some of my allowance for this year,” Toomas wrote in a handwritten letter to the head of the WFP. “My parents matched it,” he added.

By donating what he could from his allowance, Toomas helped feed nearly 750 people in Syria. “It’s surprising to me that my actions have had some positive effects and I am really happy that I did it,” he said.

When Antonio Ferris stepped foot last fall on the campus of Stanford University, he knew it would be a big step forward: Adjusting to dorm life, the specter of unpaid bills, not to mention wondering what exactly college has in store for him. 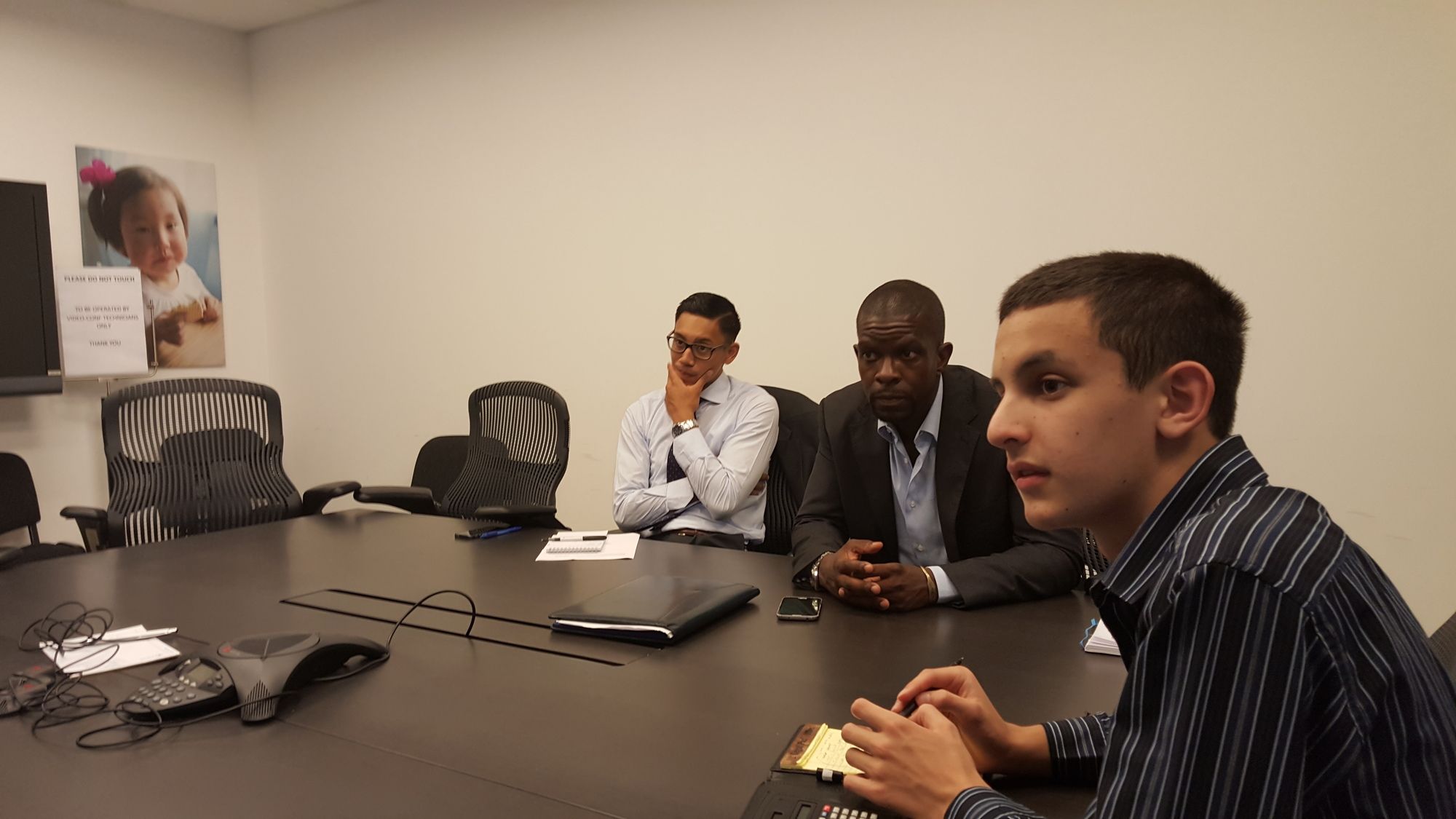 Antonio meets with staff at the World Food Programme in Rome.

But one thing explains why he was more excited than worried about his freshman year: A deep desire to share with anyone who will listen why he believes in the power of technology to do good.

“I’ve seen firsthand the impact that one person can have to help others,” he said. “I just think it’s unbelievable.”

In 2014, at the age of 15, Antonio started Science Helps, a nonprofit to prevent and alleviate suffering through science. Committed to care, Antonio rallied his high school classmates in Arizona and donors through his nonprofit’s website to raise funds in support of WFP’s work to end hunger. The effort raised $10,320, all of which Science Helps donated through World Food Program USA in support of ShareTheMeal.

“We have all of this technology available to us but how much of it is leveraged to help those in need?” he said. “I think ShareTheMeal is the perfect marriage—the epitome of using technology and smartphones for good.”

When 10-year-old Georgia Trites decided that she wanted to donate to charity, she did what a lot of donors do: research. And after a “ton of research,” she chose to support WFP’s work to make sure the Rohingya fleeing violence in Myanmar had food.

And so she saved up money totaling $100 to donate to WFP USA, which she had her mom deposit into her mother’s checking account so she could have a check sent over.

“Continue brightening the days of people who need it and spreading love throughout the world,” she wrote.

Inspired to give back like this amazing crew? Click above at the top of the page on “How to Help” to learn more about the many ways that you can make a difference in 2018!