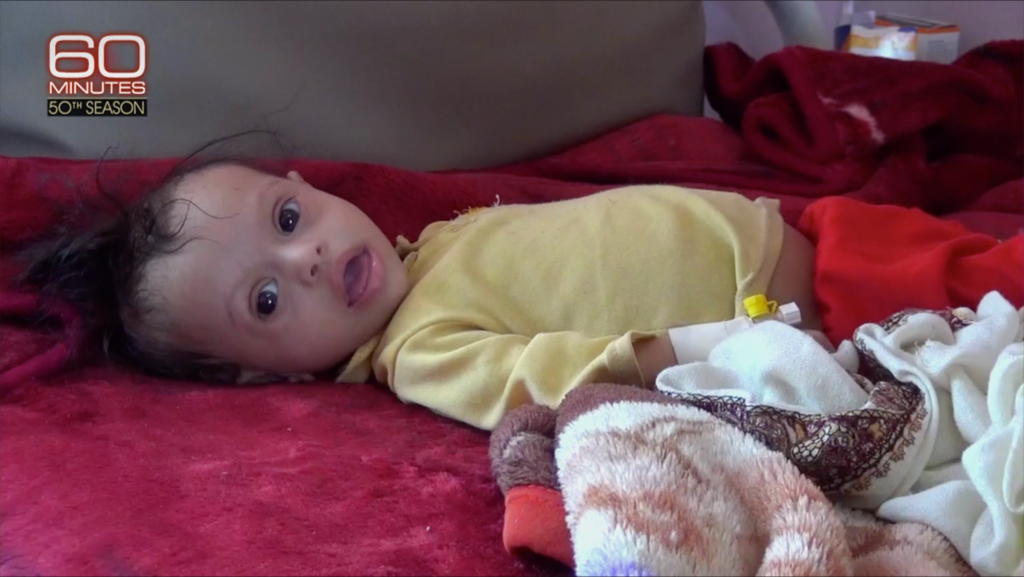 “60 Minutes” Features Yemen On the Brink of Famine

Two and a half years of violence and conflict have pushed two-thirds of the population of Yemen to the brink of famine. On Sunday’s “60 Minutes,” Scott Pelley provided a rare glimpse into the crisis — rare because a three-week humanitarian blockade had restricted access for aid workers and crucial supplies of food and medical equipment.

The situation is desperate.

“Hungry children cry,” Pelley describes. “But there are no tears at the limits of starvation.”

We’re introduced to 2-and-a-half-year-old Ibtisam, who weighs only 15 pounds, and 7-year-old Haifa, who weighs just 11 pounds. The images are graphic and difficult to see. But as Pelley explains, “27 million people in Yemen pray you will not turn away.” 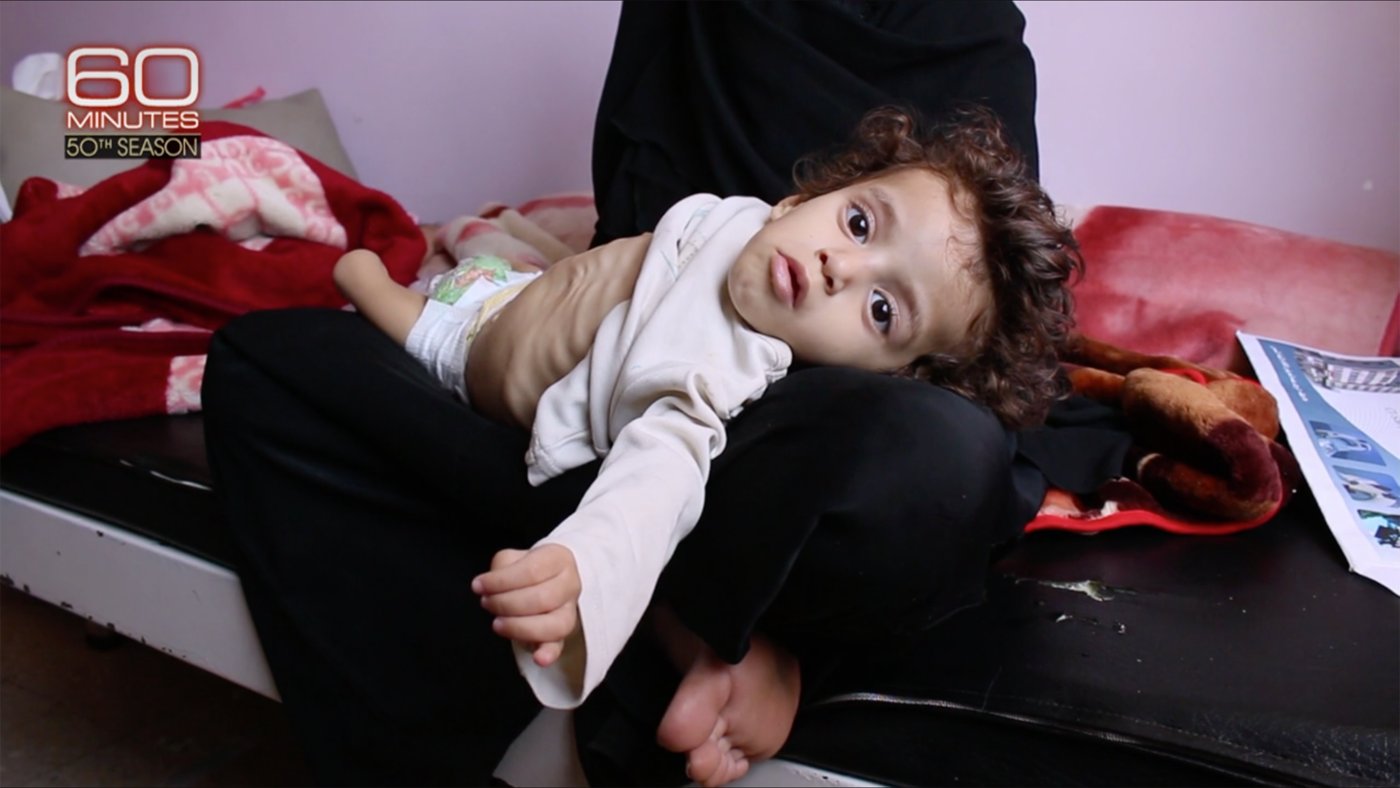 In Yemen, the stunting rate among children has grown to almost 50 percent. Stunting means both the brain and body have literally shrunk to survive because they don’t have access to the nutrition they need. The effects cannot be reversed.

“We’re on the brink of famine,” explains World Food Programme (WFP) Executive Director David Beasley. “If we don’t receive the monies that we need in the next few months, 125,000 little girls and boys will die.”

Millions of children and families are now entirely dependent on food assistance. With a cholera epidemic on the rise, the effects of hunger and malnutrition will worsen. Nearly 1 million people have been infected with the bacteria, which thrives in dirty water. War has driven a collapse in Yemen’s water treatment and sanitation. 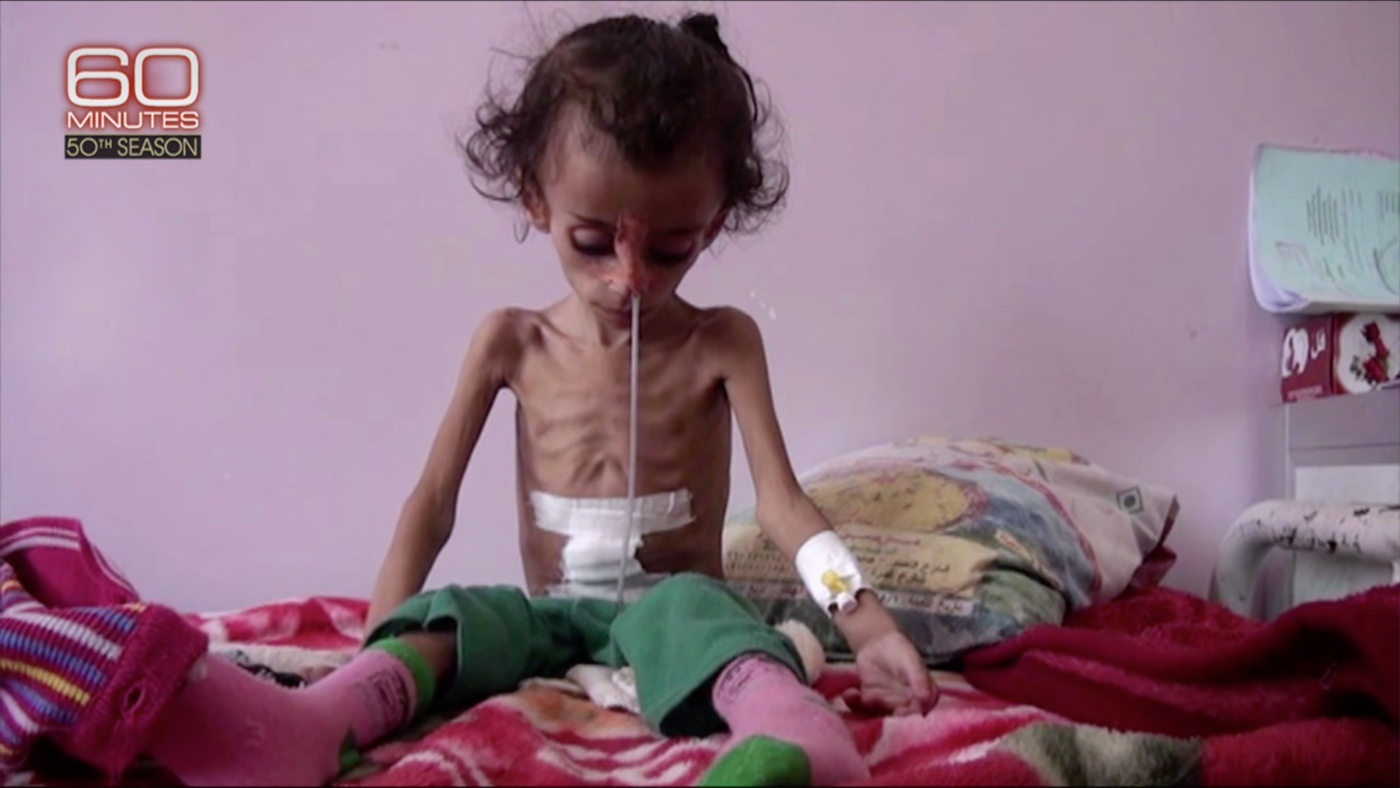 WFP has been mobilizing food like wheat flour for 7 million people every month as well as cash vouchers, staving off famine for as long as possible.

Right now, WFP is importing food through the restored port of Aden, and as it has available food stocks in country to feed 7 million people for two and a half months. On November 25, WFP-manned flights resumed to Sana’a, and on November 27 ships were able to dock at the Hodeidah and Al Salif ports — after almost three weeks — carrying some 55 million pounds of wheat grains. More assistance is on the way. 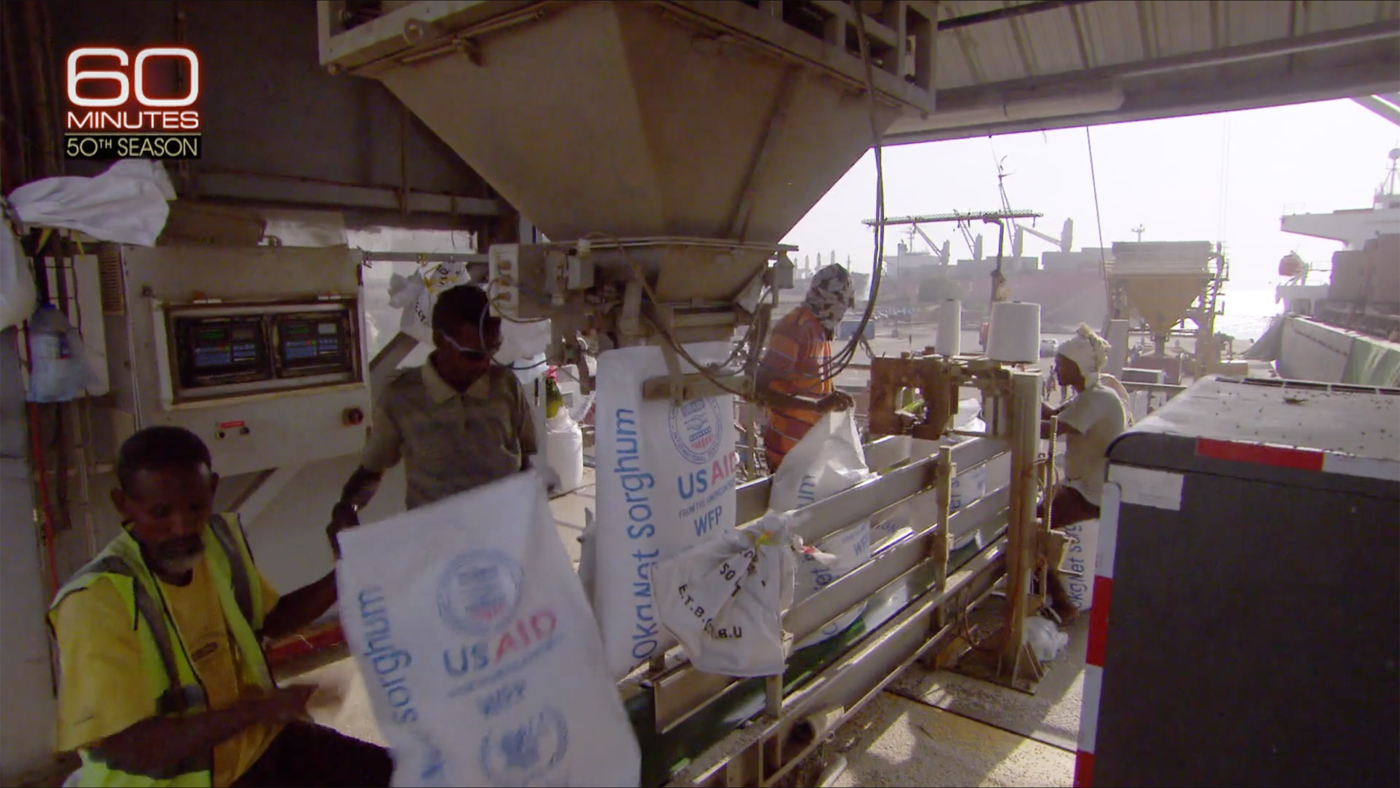 WFP has more than doubled the number of people it reaches every month, from 3.5 million people in January to an average of 7 million people during the past three months. But it cannot continue this work without access and funding.

YOUR support helps WFP deliver lifesaving food — and hope — to the most vulnerable victims of violence and hunger in Yemen.