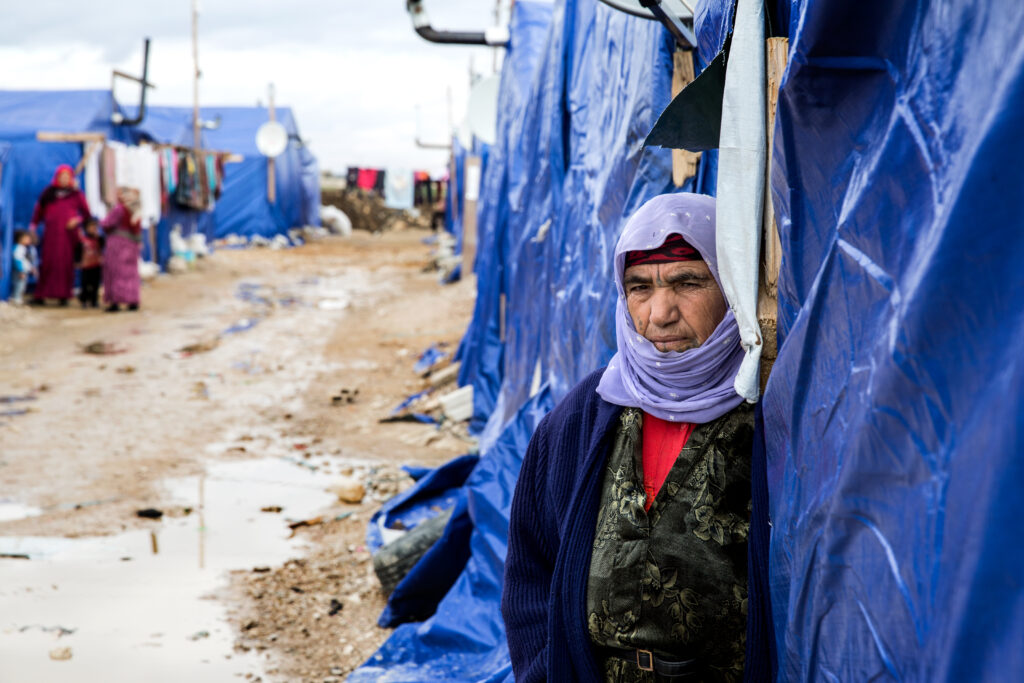 Tackling the Greatest Challenge of Our Time

Earlier this year during a visit to the Zataari refugee camp in Jordan, I watched a bus depart the front gates and head into the desert. When I asked where it was headed, one of the camp’s residents told me simply: “Back to Syria.” The people on the bus would rather face a quick death back home than a slow death here, he explained. They might not be dying at this camp, but they’re barely living.

Today the world marks a grim milestone as the Syria conflict enters its 6th year. The 1,825 days that have passed since the beginning of the war represent hundreds of thousands of lives lost, countless families splintered and an ever-growing sense of despair among the people of Syria. An average of 50 Syrian families have fled their homes every hour of every day since the beginning of the war. The result: Half of the country’s population has been displaced.

But we should also remember that this kind of suffering is not confined to Syria. Ongoing violence has displaced more than 66 million people across the globe, the majority of whom are children. That’s more refugees worldwide than any time since World War II. 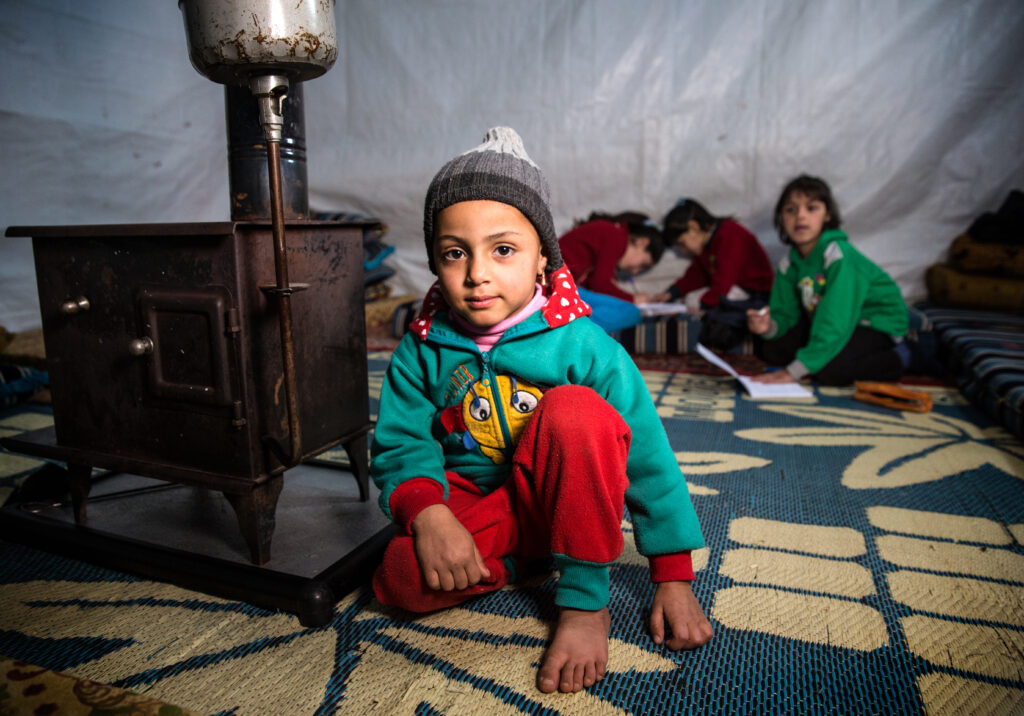 This includes families fleeing wars that have not generated much media attention, such as conflicts in Central African Republic, Burkina Faso, Sudan, Mali, Niger, to name a few. People from these nations often do not receive the minimal humanitarian assistance needed. Further, any development progress made in these fragile nations is quickly being unraveled.

And it’s not just fragile states that are being affected. Many of the frontline countries where refugees now live are struggling to handle the enormous influx. In Lebanon and Jordan, for example, classroom space has become so scarce that children now attend schools in morning and afternoon shifts. Employment opportunities for refugees are limited as nations must also consider employment needs of their citizens.

Despite increased generosity from donor governments and individuals, the humanitarian system is not able to effectively meet the most basic needs of those displaced by war, despite having the expertise and capacity. The result is a spreading plague of suffering and instability. Just 54 percent of the U.N.’s global humanitarian appeal was funded last year. This year’s appeal is the largest in U.N. history—five times the amount of funding the U.N.’s humanitarian operations required only a decade ago. While donors have been more generous, the gap between the needs and available resources is growing.

The needs are not expected to decrease anytime soon, as the average length of time a refugee is displaced is 17 years. The rate of return, meanwhile, is at an all-time low. Just 84,000 refugees went home last year. This mass displacement threatens global stability.

While we must work to prevent and resolve war, we must also take immediate action to adequately address the human impact of war. We need to re-examine the way our international aid system functions. There is general consensus that the international community should: 1) provide more predictable, flexible and sustainable funding so humanitarian organizations will have the resources to address basic needs of displaced people; 2) provide more support to frontline nations that are hosting refugees, including fostering private-sector investment and ensuring access to education and; 3) enhance the way humanitarian agencies operate, for example, bridging the artificial divide between emergency and development activities and expanding efforts to build local capacity. 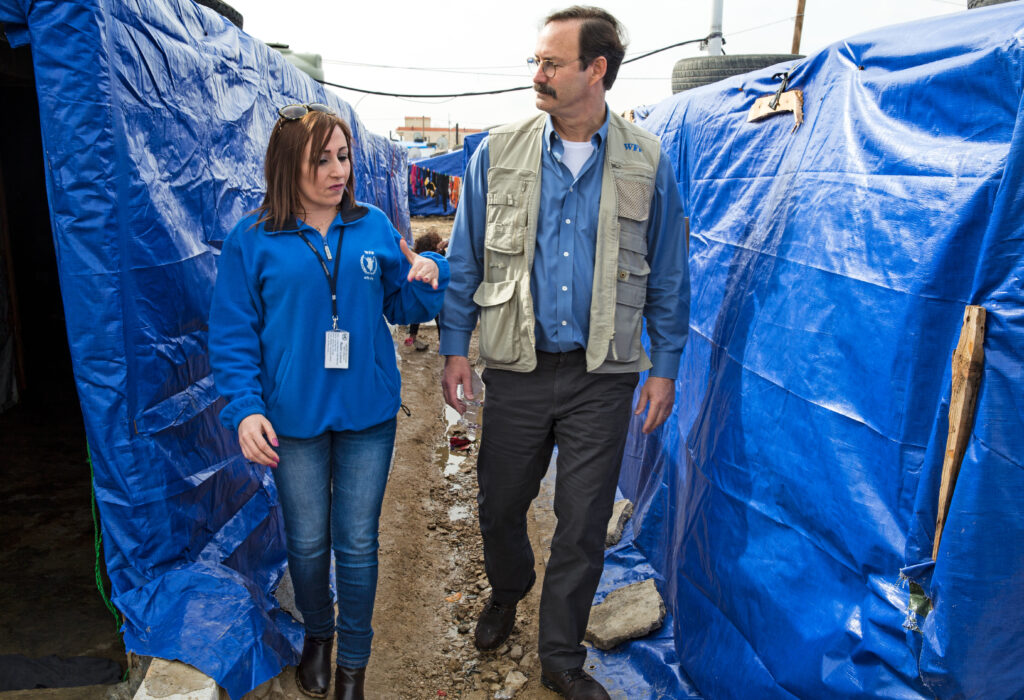 In the months ahead, there will be several opportunities to improve the international system. In April, when the World Bank convenes its annual meeting, it should commit to providing more support for middle-income, refugee-hosting countries like Jordan and Lebanon. In May, when U.N. Secretary-General Ban Ki-Moon hosts the first-ever World Humanitarian Summit in Istanbul, global leaders should embrace a “grand bargain” that couples enhanced effectiveness of humanitarian operations with a global commitment to fully fund humanitarian needs.

We are at a historic crossroads. How we address this global humanitarian crisis will have a profound and lasting impact on our collective future. While nations may disagree about the causes of war, all can agree that every child should have the opportunity to realize their potential.

*Rick Leach is the president and CEO of WFP USA.