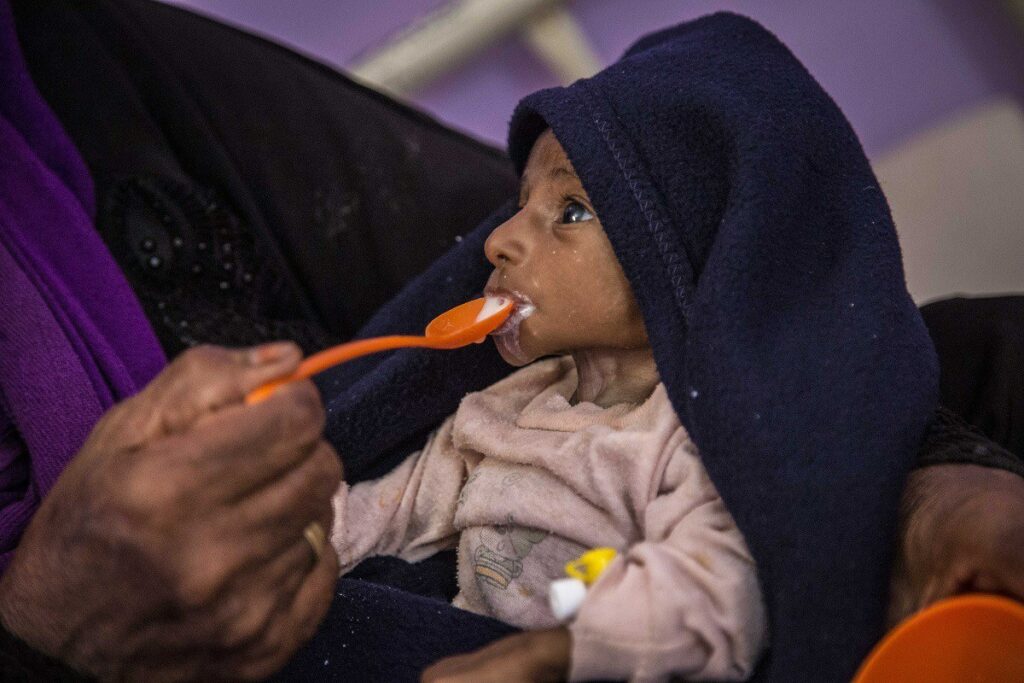 A Year of Saving and Changing Lives

2018 will be remembered as the year in which hunger spiked in Yemen. Conflict has pushed the country — already the poorest in the Arab world before the war — into a deep humanitarian crisis.

According to data released in December, close to 16 million people — more than half the population — wake up hungry every day, and only sustained humanitarian assistance is keeping this number from escalating much further. Malnutrition is blighting a whole generation of Yemenis. Affecting 1.8 million children, the condition is making them vulnerable to disease and early death and jeopardizing their physical and cognitive development.

In 2019, WFP plans to expand assistance to 12 million people. However, insecurity and difficulties in obtaining access to conflict zones mean humanitarian organizations are not able to reach all those in need.

As hunger deepens in Yemen, with children suffering the most, WFP plans to assist up to 12 million people in 2019.

Between emergency and rebirth in Syria

More than seven years of war in Syria have pushed millions of people into hunger and poverty. Today, 6.5 million Syrians don’t know where their next meal is coming from.

A degree of stability in many parts of the country is allowing displaced families to return to their homes. However, many find their houses destroyed and livelihoods gone. Conflict-related damage and extreme weather have brought agricultural production to its lowest point in three decades.

Alongside continuing to provide food assistance to some 3 million people, WFP is supporting Syrians in secure areas to rebuild their livelihoods and restore assets damaged in the war. 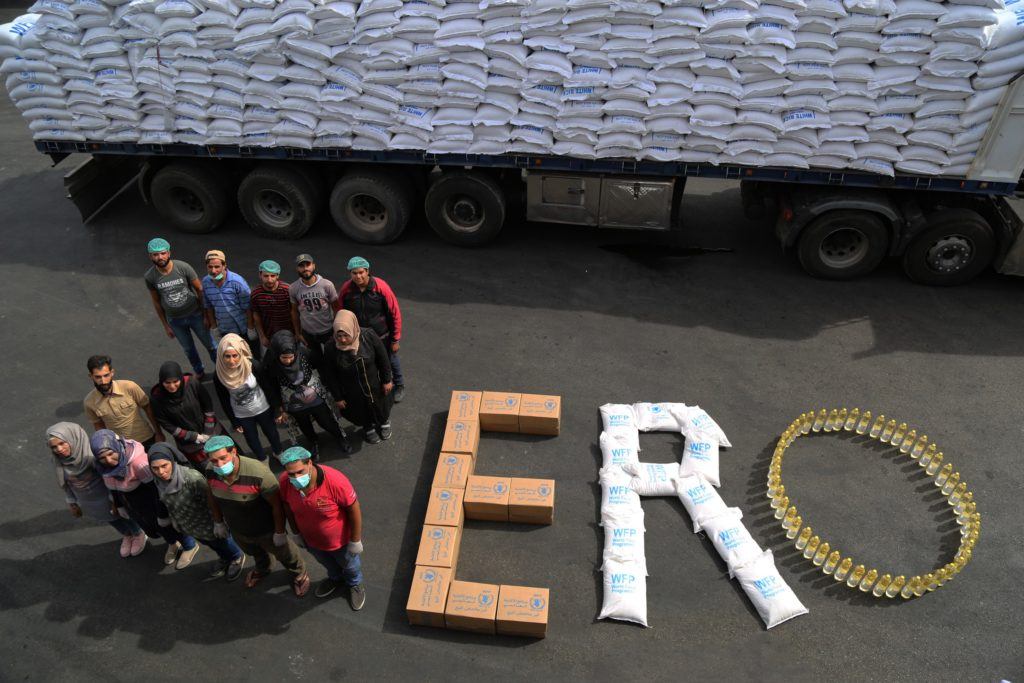 Working for Zero Hunger: at a WFP packaging facility in Syria, staff — including internally displaced people — earn a living while packaging food for those less fortunate.

A ceasefire signed in September by five parties to the conflict including the government of South Sudan is fostering fragile hopes that peace and stability will be restored in the country, allowing people — including those displaced by the fighting — to rebuild their lives.

The current high levels of hunger are entirely caused by the five years of conflict and decades of fighting before independence. At the moment, 4.4 million South Sudanese struggle to secure enough nutritious food, and it is forecast that this figure will raise to 5.2 million — just under half of the population — in the first quarter of 2019.

Although insecurity and lack of infrastructure make for a very difficult operating environment, between January and October 2018 WFP reached over 5 million people with food and nutrition assistance. 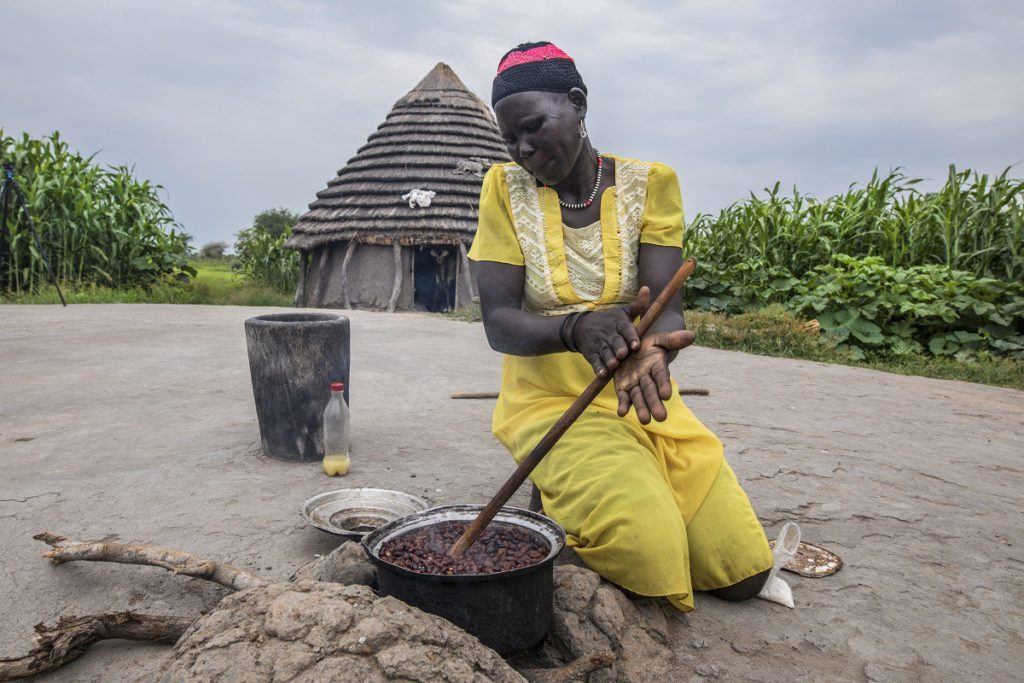 Five years of civil war and decades of fighting before independence have plunged millions of people in South Sudan into hunger.

As highlighted by the examples of Yemen, Syria and South Sudan, almost two out of three of the world’s worst food crises are conflict-related. In a historic UN Security Council vote this year, the international community officially recognized for the first time the link between armed conflict and hunger.

Adopted unanimously on 24 May, resolution 2417 (2018) calls on all parties to armed conflict to comply with their obligations under international law to protect civilians, including by not targeting sites where food is produced and distributed; condemns the use of starvation as a weapon of war; and calls for safe and unhindered humanitarian access to civilians in armed conflicts. 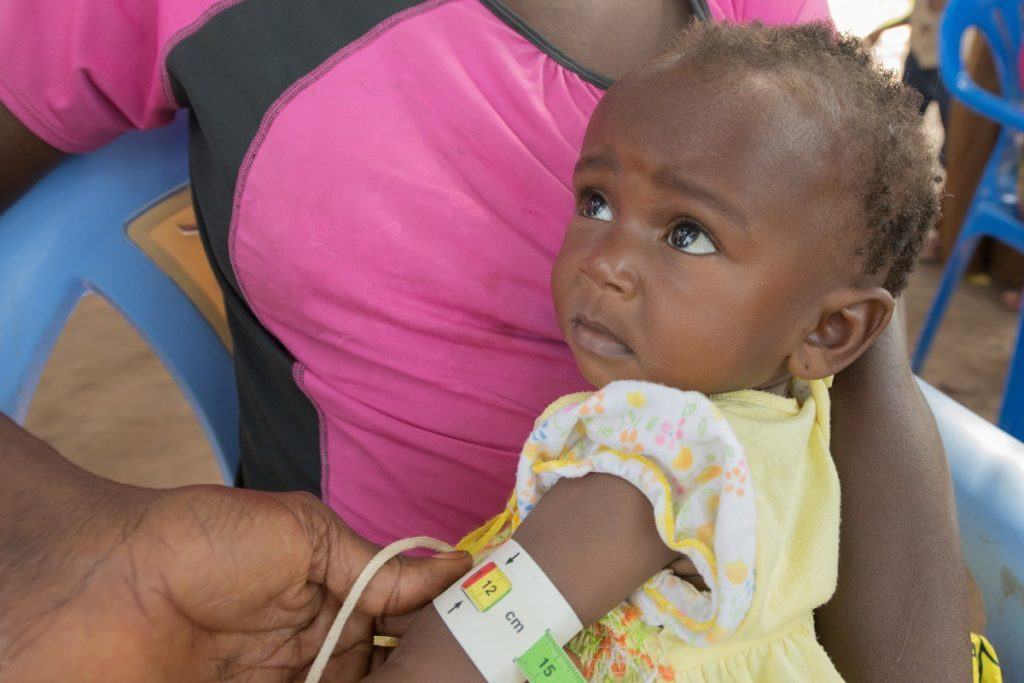 In the conflict-ridden Kasai region of the Democratic Republic of the Congo, 7.7 million people are food insecure and 4.6 million children are acutely malnourished.

The effects of climate change

In addition to conflict, climate variability and extremes have been acknowledged in this year’s State of Food Security and Nutrition in the World report as key drivers behind the recent increase in the number of hungry people globally — from 815 million people in 2016 to 821 million in 2017 — and one of the leading causes of severe food crises.

Climate change is undermining all dimensions of food security — food availability, access, utilization and stability — and has a negative impact on nutrition, including by limiting the diversity and nutrient quality of foods.

The impact of climate change on food security can be seen in countries across the globe. In Africa’s Sahel, drought, failed harvests and the high price of staple foods hastened the arrival of the 2018 “lean season” and only heightened food assistance could prevent the situation from escalating to a fully-fledged food crisis. 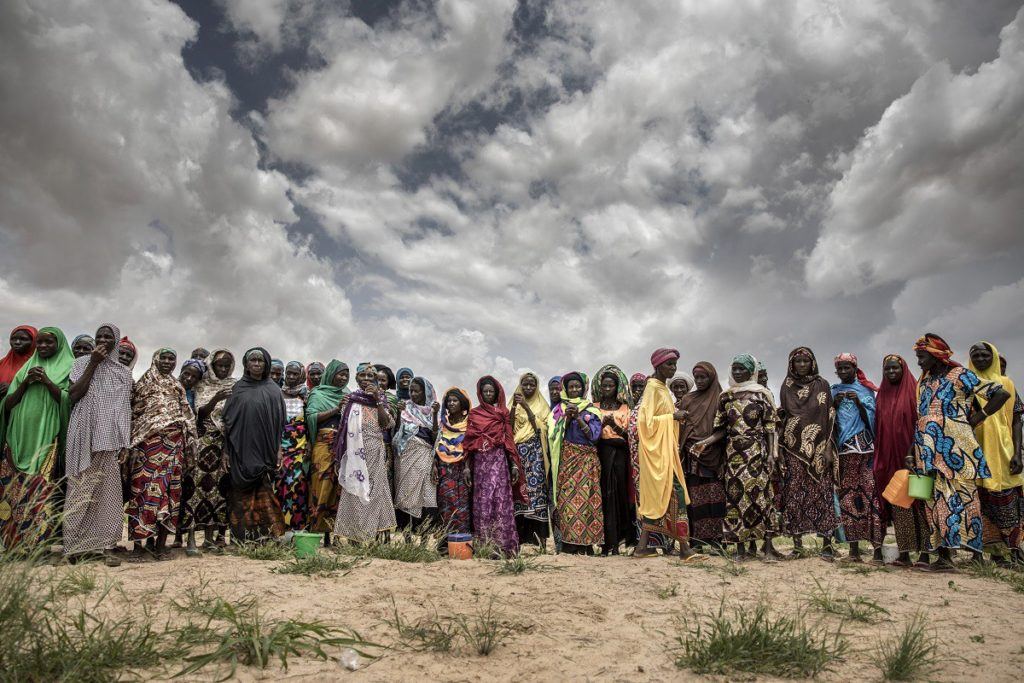 Through the 2018 lean season, WFP provided food assistance to millions of people in six countries across the Sahel, thus averting a deepening of the food crisis.

The Rohingya, one year on

The first anniversary of the exodus of Rohingya fleeing from violence in Myanmar, in August 2018, saw more than 900,000 Rohingya refugees living in camps in the area of Cox’s Bazaar, Bangladesh.

The vast majority of the refugees — 80 percent of whom are women and children — rely on humanitarian assistance to survive. About one quarter of the refugees assisted by WFP do not receive food but a pre-paid card — topped up monthly — which they can use to buy food of their choice, including rice, lentils, eggs, fresh vegetables and dried fish.

Alongside providing food assistance and fighting malnutrition, one of the main challenges this year has been ensuring the safety of the camps during the monsoon season. Appropriately dubbed “mega camp”, the Kutupalong-Balukhali camp is the largest and most densely populated refugee camp in the world. 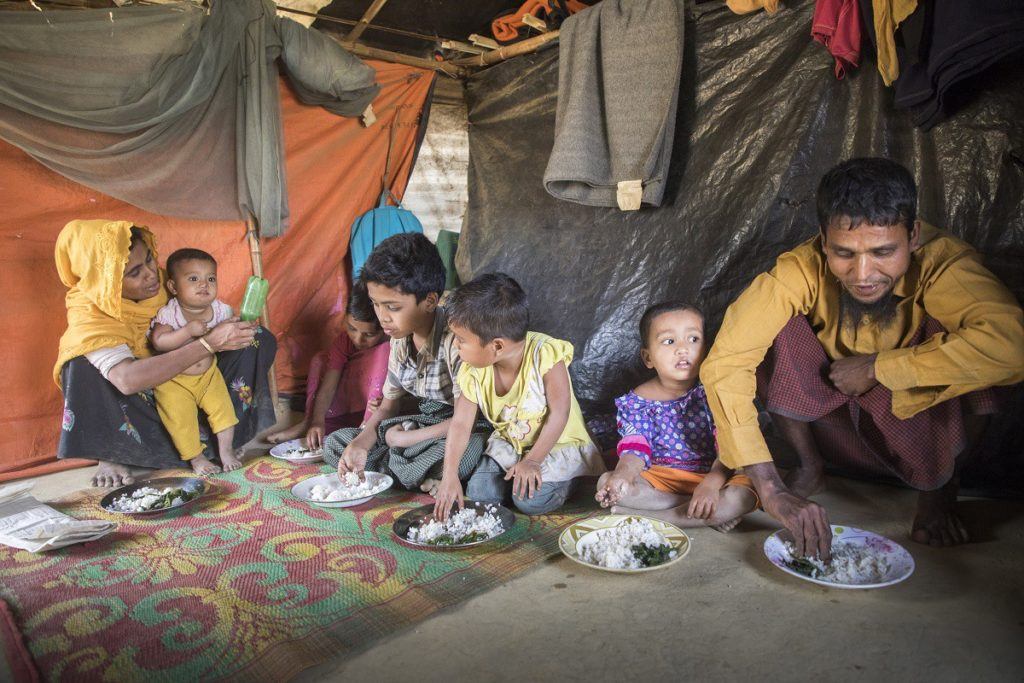 The devastating economic crisis hitting Venezuela also drove masses of people to leave the country in search of opportunities.

Unable to afford even a bus ticket, thousands of them — including families with small children — walked hundreds of miles to neighboring Colombia, crossing the Andes often in inadequate clothes and footwear for the low mountain temperatures.

Carrying few essential possessions, they often lived off the charity of strangers until they reached Colombia where they would get support through WFP-backed soup kitchens and other initiatives including pre-paid cash cards, the distribution of nutrition supplements and inclusion in school feeding programs. 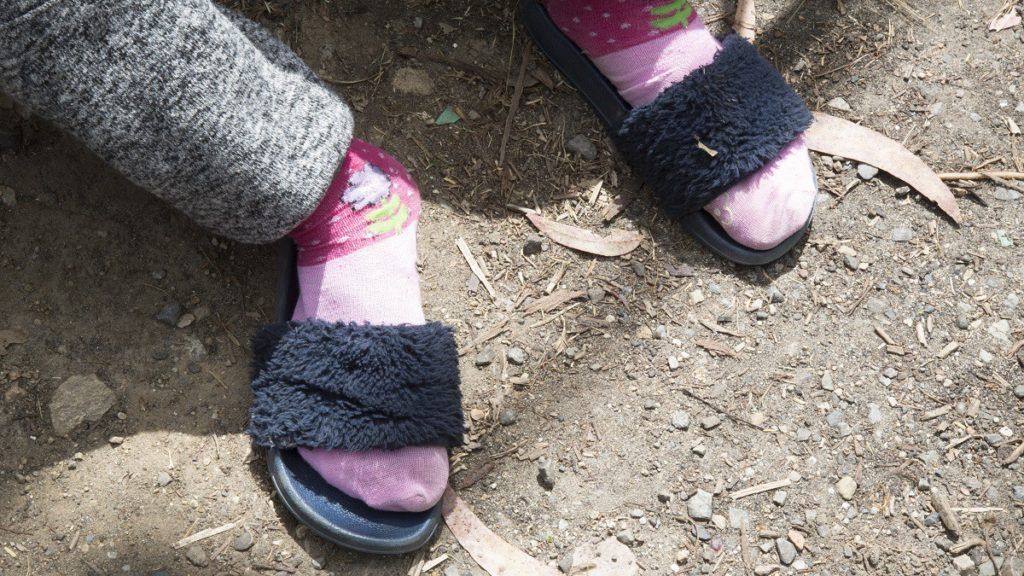 Driven by hardship and poverty, Venezuelan migrants are braving difficult journeys in search of a better life abroad.

Across the world, WFP has continued to support individuals and communities to ensure millions of people have sufficient nutritious food every day to feed their bodies and fuel their dreams. This includes improving agricultural techniques, strengthening local livelihoods, promoting adaptation to climate change, and ensuring children have the nutrients they need in the critical 1,000 days between conception and their second birthday. School feeding programs managed or backed by WFP in more than 70 countries helped girls and boys stay in school and build brighter futures. 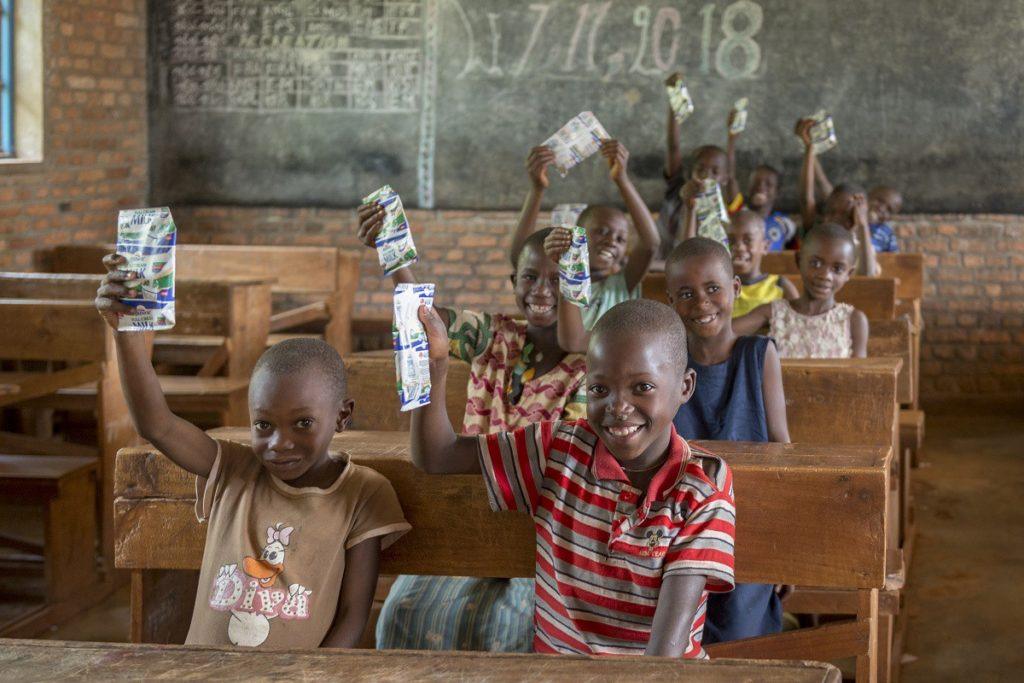 Burundi: primary school children in Gitega province receive UHT milk produced by local farmers cooperatives and sterilized in the country’s only processing plant, supported by WFP and the Netherlands.