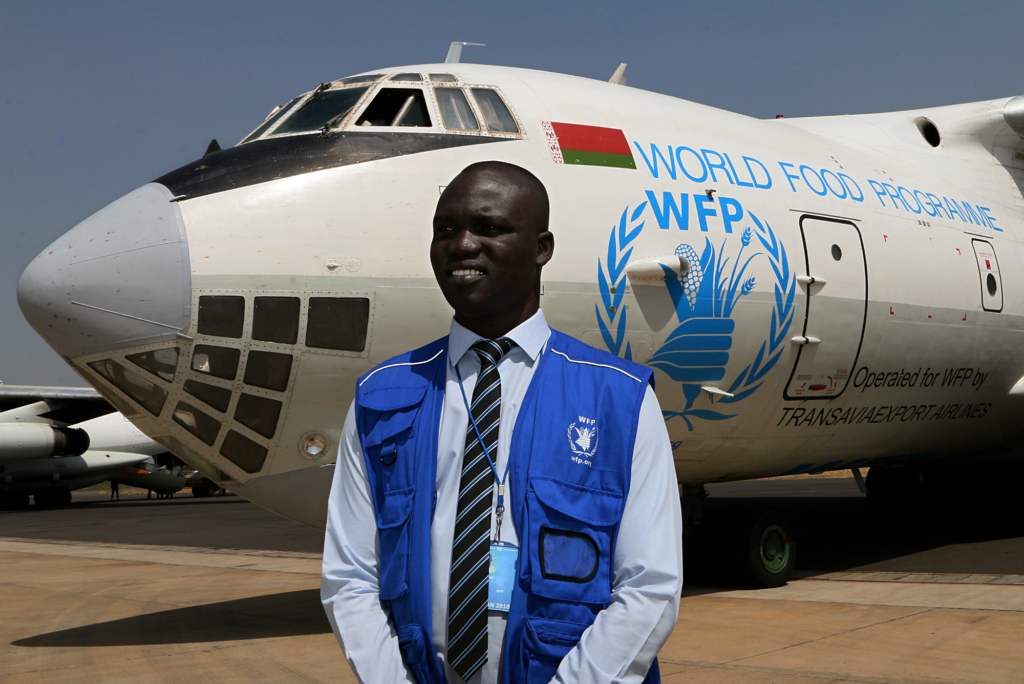 Airdrops Once Saved His Family. Now Garang Helps Arrange Them For Others.

Garang Mareng Akuei shares his childhood experiences of war and famine and explains how those memories have helped him to become an ‘advocate for children’ when planning airdrops. 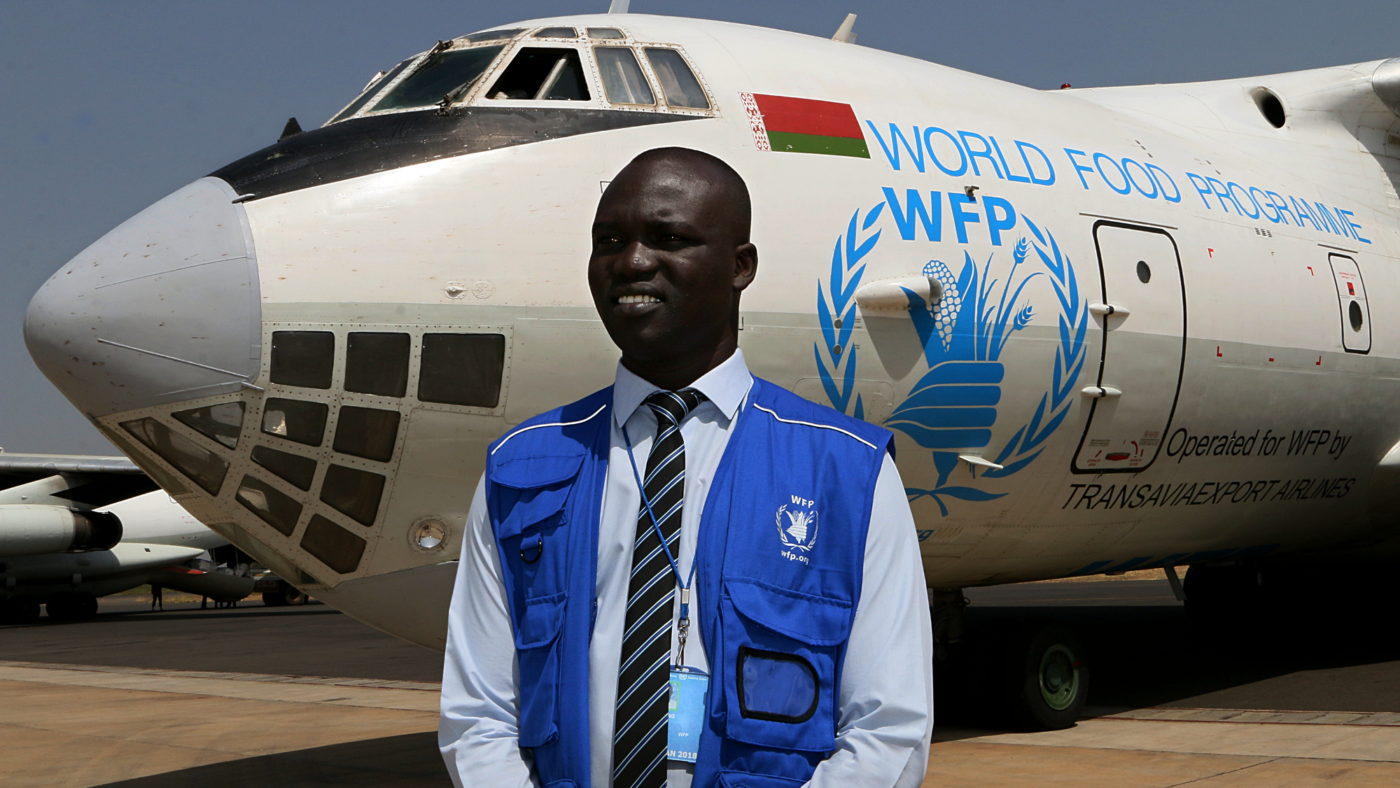 “I was twelve years old when we had to leave my childhood home in Wau. The war between Sudanese troops and SPLA/M [The Sudan People’s Liberation Army] forces had intensified and it was no longer safe for us to stay.

My father moved us to the village of Thieth. He had given up his job as an accountant in Wau and soon began his training as a soldier with the Liberation Movement.

We lived outside for many months, with the shade of a tree as our only shelter. Borrowing cooking pots and utensils from other Internally Displaced People (IDP’s), we eventually gathered enough materials to construct a makeshift home.

It was in 1998 that I first came to hear of WFP and the UN. The civil war had intensified, food had become so scarce and famine was declared. That was the time that WFP and the UN came to the rescue and helped us.

There was no food. I saw people starving and I was still a young boy. That was a really terrible experience for me to see, people suffering, people starving… just by the roadside.

I remember WFP used to send us cowpeas, beans and wheat, only by air, as at that time roads were inaccessible because of the rain.

People had only wild fruits and leaves to eat… and hunting, but by then most animals had run away because of the war, there was nothing to eat, only to depend on the humanitarian system.

I dreamed of being a doctor when I was young, but the civil war disturbed me a lot and never gave me time to settle down and focus on what I wanted to do with my life. We were always on the run from conflict and insecurity and eventually my brother and I were sent to study in Uganda. WFP/Alessandro Abbonizio
Garang watches as porters load cargo onto an aircraft for airdrops.

I joined WFP South Sudan in 2014, and my current role as a Logistics Assistant involves managing air operation activities, stock management and loading plans. Once we receive the location from the Emergency Unit, that is when I become involved.

It makes me feel good to help other beneficiaries, getting cargo to the right locations and to get the appreciation afterwards.

One time we sent a team into the field and one of our drop zone coordinators called me and said that there was a problem in the field. He explained that people were suffering a lot, and asked that airdrops be delivered quickly so people would not starve.

When they told me that I just remembered what we used to face in those days. I met with the aviation team and insisted that we assist this location as soon as possible. This was done, and afterwards the local authorities on the ground asked the drop zone coordinator ‘Who is this person called Garang? Tell him thank you so much.’ Working for WFP is a very big achievement for me, and sometimes when we are discussing nutrition in meetings, my colleagues will say that I have become an advocate for children. I tell them that children also need to be considered, not just adults. There are children who are malnourished and they do not depend on cereals, they also need nutrition cargo to be delivered just for them.”