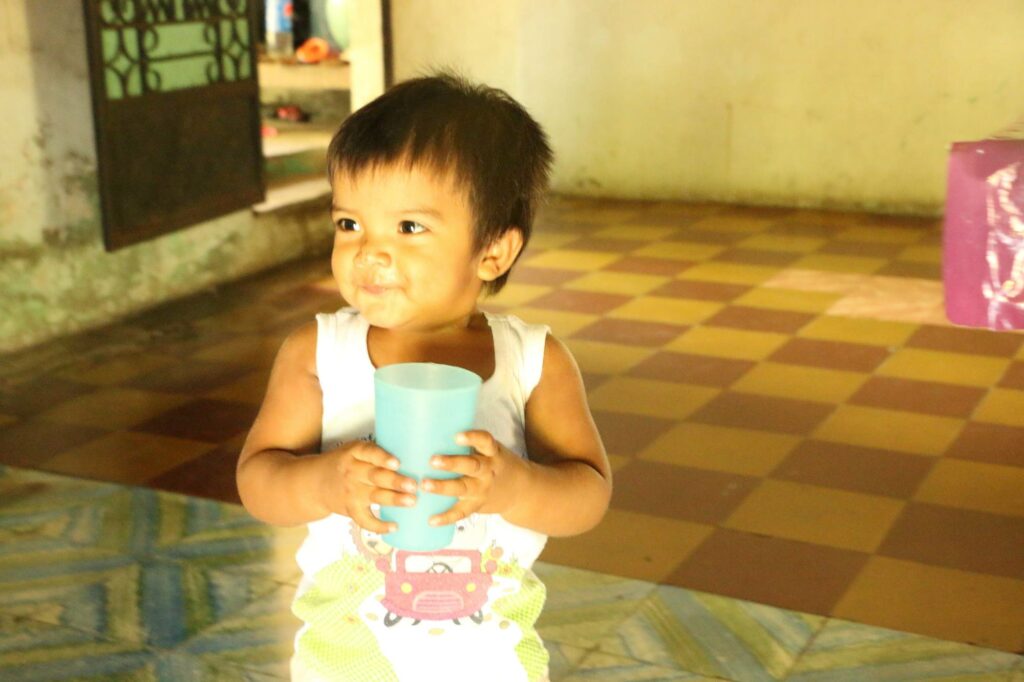 Did you know that malnutrition is the root cause of nearly half of all deaths in children under the age of five?

And for kids who are lucky enough to survive, malnutrition during pregnancy and early life can still lead to learning difficulties, vulnerability to disease and lower future earnings.

But for parents caught up in conflict, extreme weather and forced displacement, finding enough food for their children can be a daunting challenge.

Here, seven mothers and one father describe what it’s like to try to feed their children under such extreme circumstances. They simply want what all parents want: To ensure the best chances for a healthy, happy future for their children. 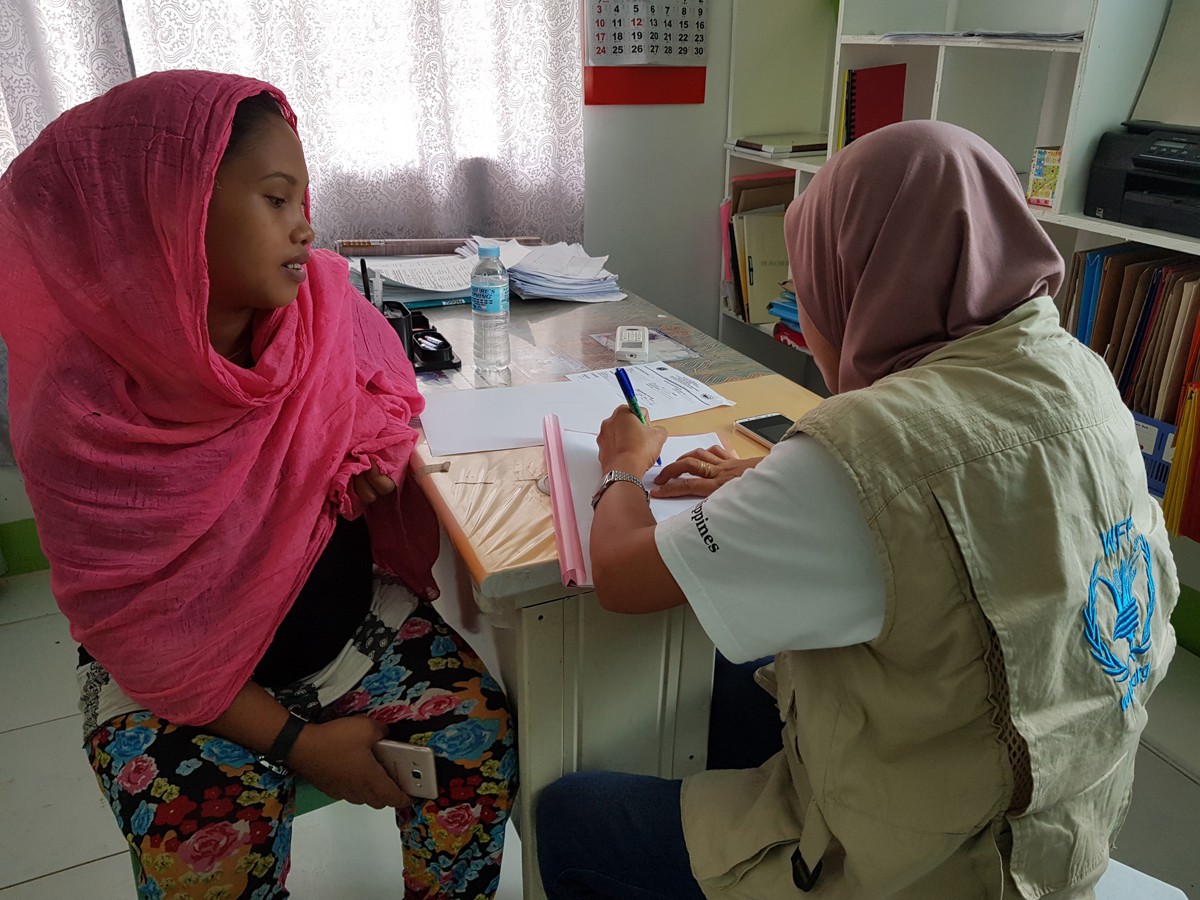 “I have learned to eat what is good for my baby and myself,” says Raida. Nutrition support from the U.N. World Food Programme helps her and her baby stay healthy throughout her pregnancy.

When Raida Gapor was six-months pregnant, she was a regular at the local health clinic where she received support from the United Nations World Food Programme (WFP) on healthy eating habits as well as advice on childbirth and how to take care of a baby:

“I visit the health center several times throughout the month, but there are weeks where I visit more than others,” she said.

“I’m really careful this time, because I’ve already lost a child,” Raida explained. “It was years ago, and my first daughter was very malnourished. Even at the age of two, she couldn’t walk and she was frail. She really didn’t weigh much.”

“Since visiting the health center and joining the nutrition support program, I’ve noticed that my appetite is much healthier. I have also gained more weight compared to my first pregnancy. I have learned to eat only what is good for my baby and myself: vegetables, fruits and fish are the staples for me right now.”

“Looking back at my first pregnancy, I couldn’t feel much movement inside my womb and I was always in low spirits. Now I feel a difference — my baby is healthy and kicking,” Raida reflected. 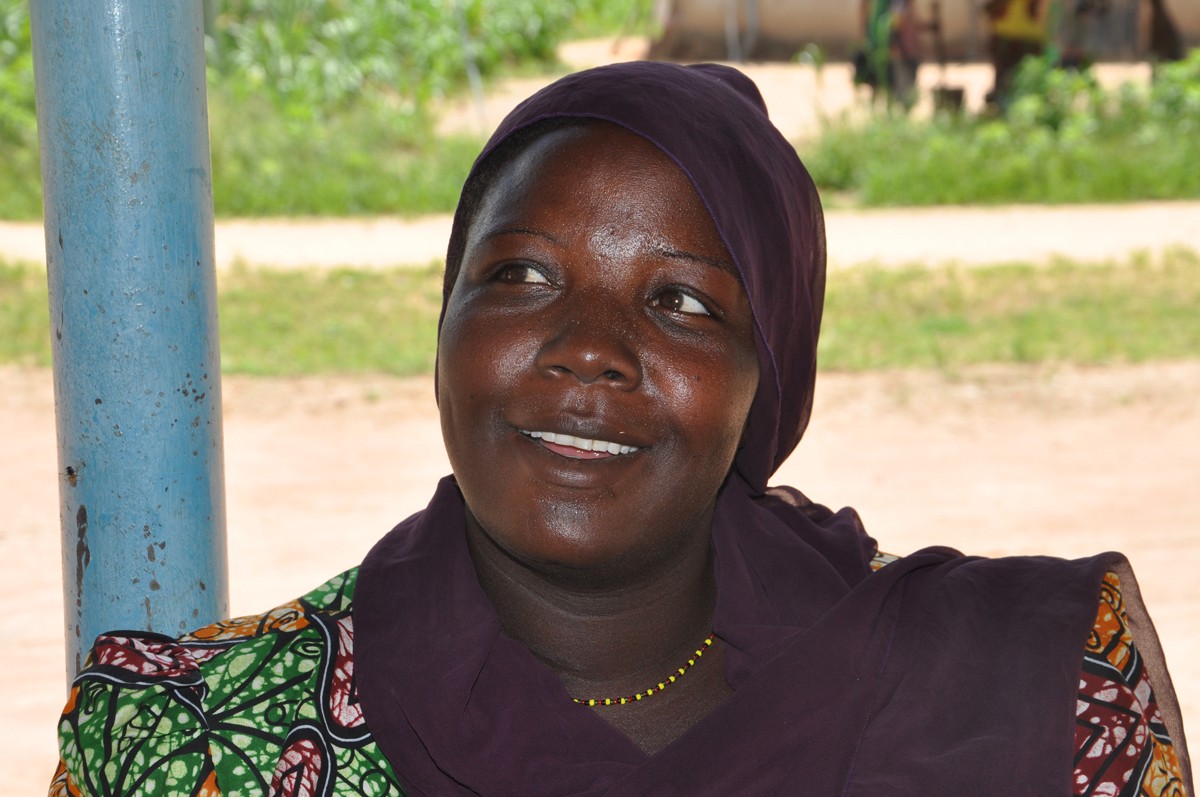 Seven months into her pregnancy, Elizabeth walked two hours to the local clinic where a small number of staff — a nurse, a midwife, a medical student and an aid — take care of hundreds of women and children every week. She also enrolled in the U.N. World Food Programme-supported Better Nutrition  program:

“My first three children were not part of this program and I can see the difference between them and the ones who did,” said Elizabeth.

At the clinic, she received fortified porridge with the nutrients she needed to support the development of her baby during the critical months of her pregnancy. “I like the porridge — it tastes better than the regular one,” she added.

Nurse Belina, who has been at the clinic for nine years, said that without this food, many of the babies would be underweight, but thanks to the U.N. World Food Programme’s support most of the babies are weighing in at nearly nine pounds. 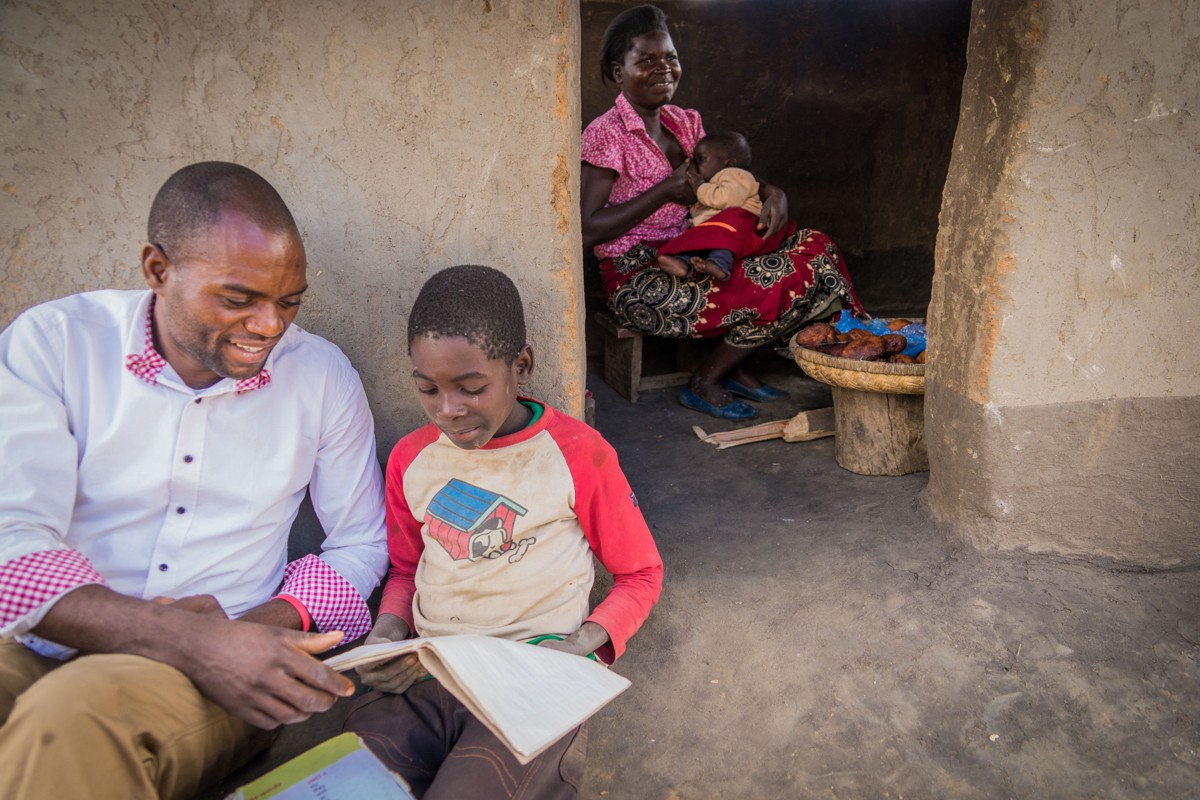 Malawian father Alick understands his role in helping raise healthy children. “I learned lessons in raising my first child,” he says. “My wife was overwhelmed with household chores and taking care of the child — exclusive breastfeeding was a challenge. As a result, the child was malnourished.”

“Now I help my wife with most household chores and taking care of our children so that she has enough rest and time to exclusively breastfeed our baby.”

In many parts of the world, feeding children is seen exclusively as a woman’s role, but fathers are critical players in making sure their children get the nutrients they need, and the U.N. World Food Programme takes great care to educate them accordingly. 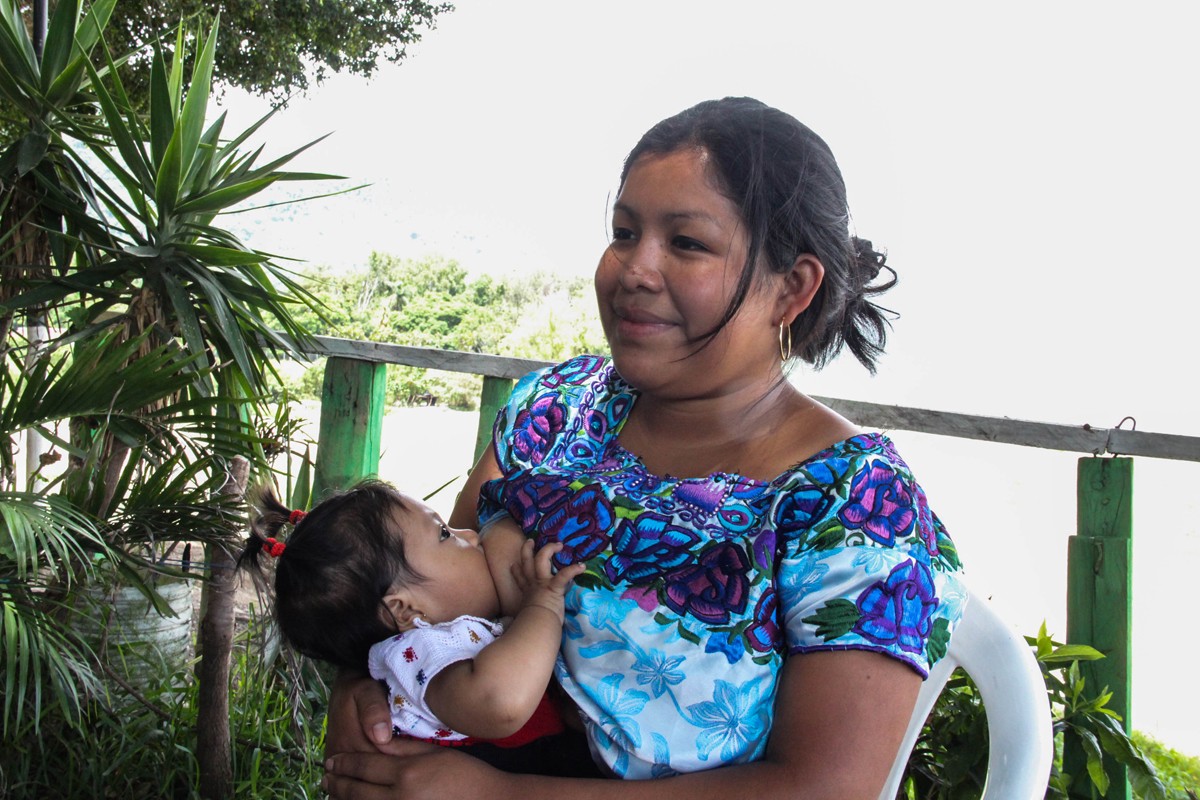 Baby Luna is very healthy thanks to her mother’s breast milk and the nutritious food she gives her.

One of the most effective ways to fight childhood malnutrition is by feeding pregnant and breastfeeding mothers. Breastfeeding training is a crucial part of that. “While I was pregnant, I attended counseling groups supported by the U.N. World Food Programme, and I learned that breastfeeding was good for the growth and health of my baby,” recounts Petronila. “So for the first months I only fed my daughter, Luna, breast milk .”

“She is 8 months old now and she hardly ever gets sick. She is super healthy!”

“Now I prepare different types of foods for her, always trying to make her meals healthy and nutritious. For example, I give her potatoes, fruit, beans and eggs. I plan to keep breastfeeding Luna until she turns two — she likes it a lot. I learned a lot with the support groups and realized that it is very important to keep learning.” 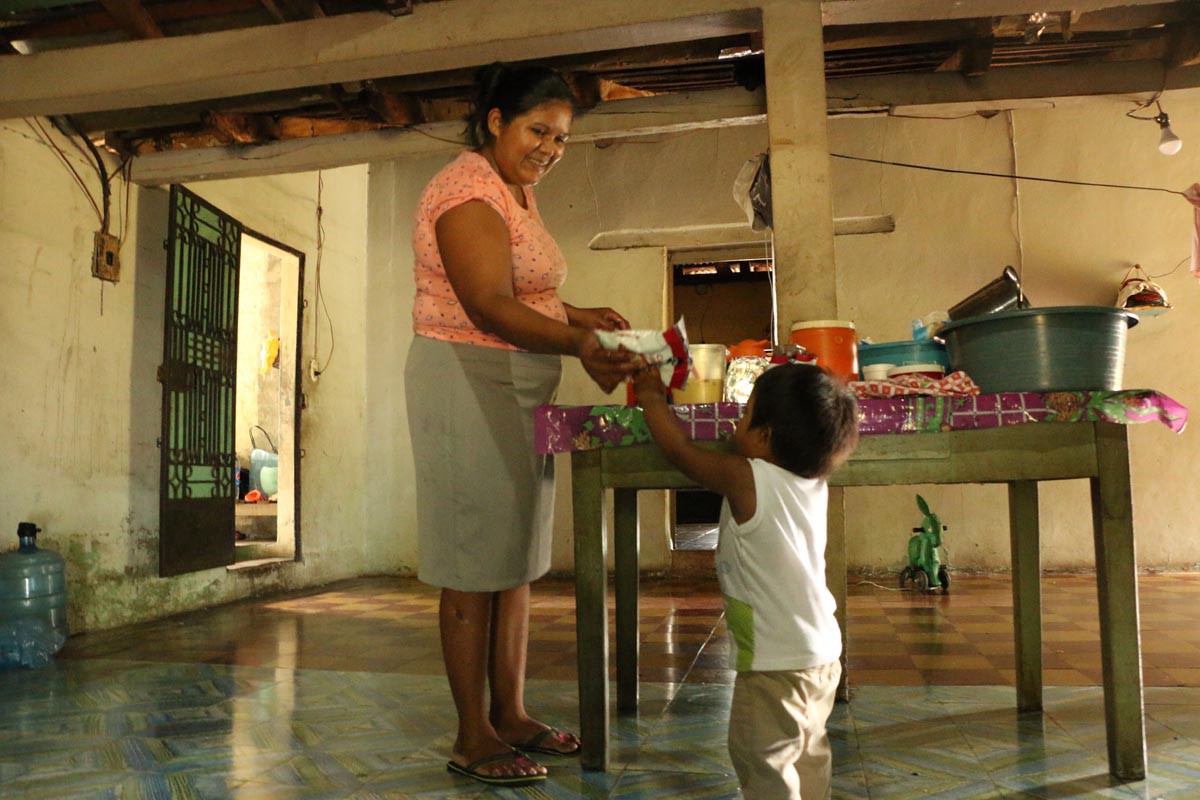 Fortified cereals ensure José has all the nutrients he need to develop to his full potential.

“I have three children and my youngest child, José, who is one, is having the cereals from the program. I blend them in juices and porridge and I can see they do him a lot of good. I can see the difference this makes — he has gained weight and he is growing well.”

These fortified foods are just as healthy for moms as they are for babies, which Yojana learned:

“I also took the fortified cereals after the third month of my pregnancy and thanks to my good nutrition, José was born healthy and strong.” 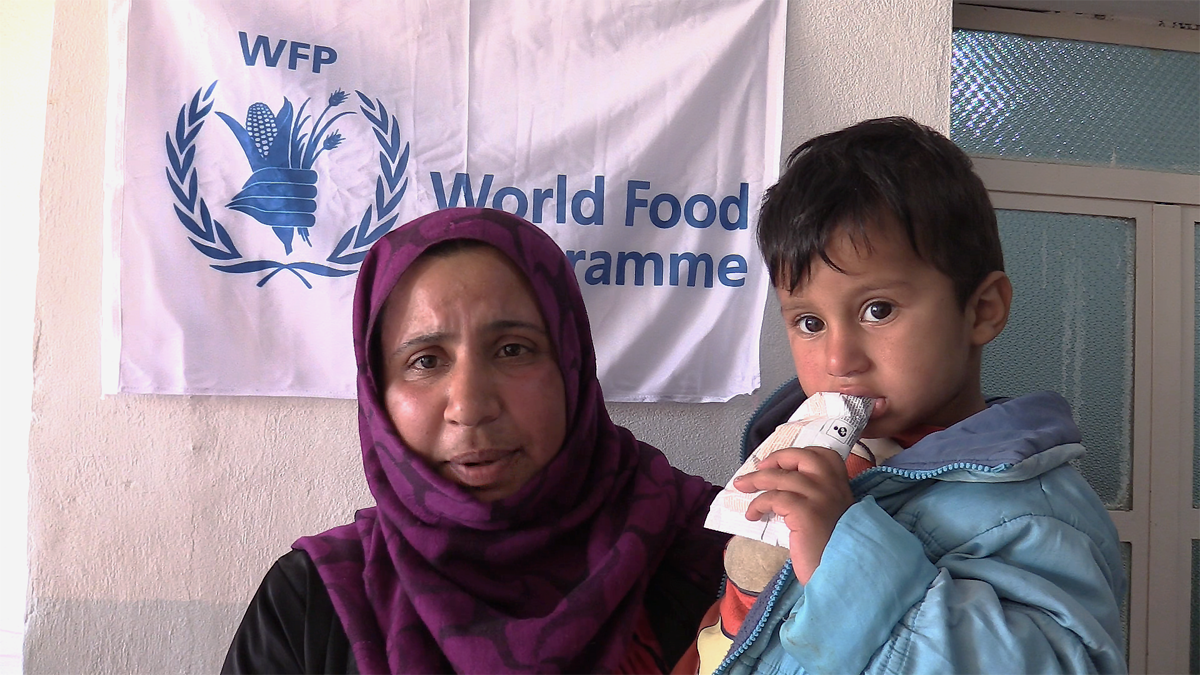 “I was too hungry to produce enough milk,” says Alaa. Nutrition support is helping her and her son Aboud back to health.

This kind of support becomes particularly vital in the case of emergencies like conflict, displacement or natural disasters. This was the case for Alaa, who had to leave her home after years of siege and bombardment: “I was quite weak after giving birth and my breast milk was not sufficient for Aboud. I could tell he was not growing properly.”

“I had to feed my baby sugary water to make up for my lack of milk. I couldn’t produce enough for him. I was too hungry.”

After she settled, one of her neighbors told her about a U.N. World Food Programme-supported children’s nutrition clinic. “I have nothing to lose,” she thought. The local doctor diagnosed Alaa and her baby Aboud with malnutrition, and gave them both nutrition supplements. “With the treatment we both received, I have gained so much.”

“Before finding the U.N. World Food Programme clinic, I had tried several private ones but I could not afford the doctor’s fees. I feel this clinic has saved my life and that of my son.” 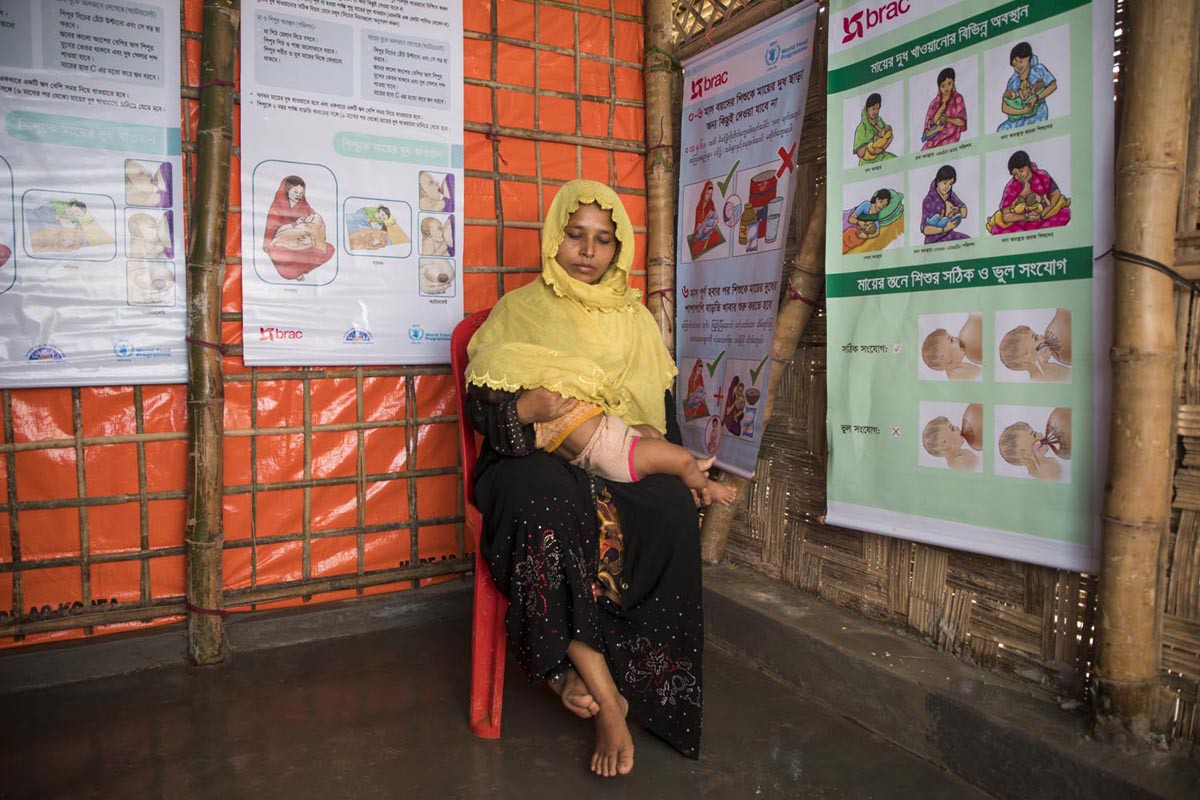 Fortified cereals are enabling Ayesha to breastfeed her baby as well as giving her energy.

Ayesha, her husband and their three children (ages five, four and five months) fled Myanmar to find safety in refugee camps in Cox’s Bazaar, Bangladesh. “We are happy here, but we cannot eat well,” she says. “We do not get fish or spices, and since we cannot work here, we do not have any money, so we cannot buy anything.”

Ayesha quickly struggled to feed her children: “Before getting cereals from the U.N. World Food Programme, I was very weak and my baby daughter, Kafin Ara, used to feel sick often. She was very thin, suffering from malnutrition.”

“Once I started having these cereals, I started to feel more energetic. And as I breastfeed Kafin Ara, she is also getting healthier. She doesn’t fall sick like before and she has gained weight. I feel so happy to see her healthy.”

Still more to do

In 2020, the U.N. World Food Programme reached more than 17 million pregnant women, breastfeeding mothers and children under the age of two with malnutrition treatment and prevention programs.

It’s a massive undertaking, and there are millions more we could reach if we had the resources. Help us deliver the food that infants need to survive. Click here to learn more childhood hunger and here to donate today.