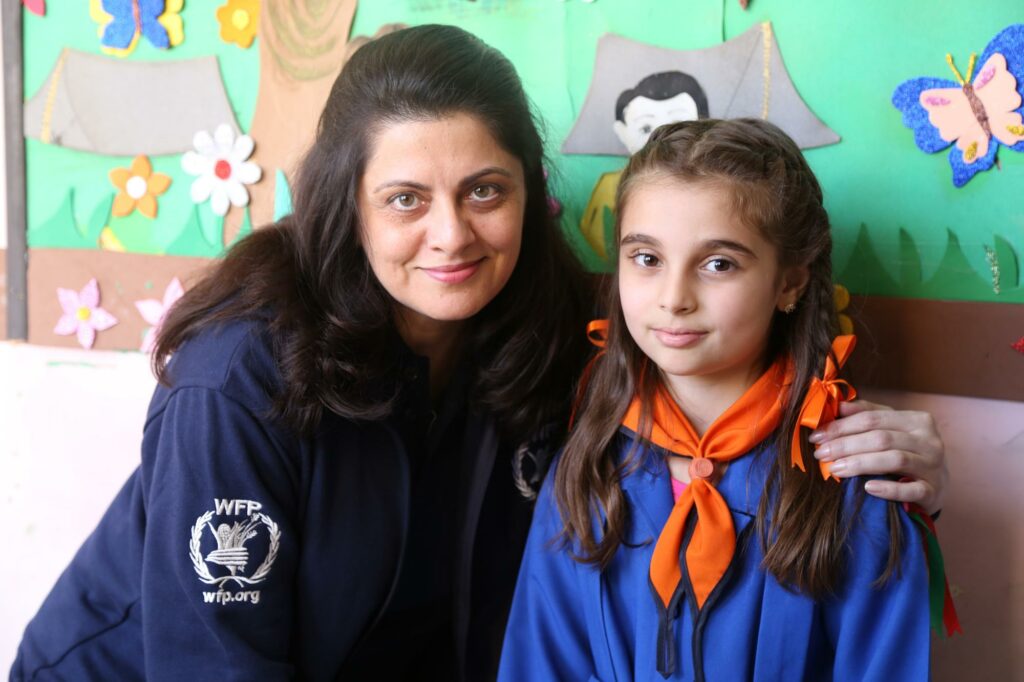 Back to School Supply: Date Bars and Milk

Last year she was named a winner in the World Food Programme’s (WFP) annual Children’s Design competition. Children across 22 countries drew their response to a powerful question: What does Zero Hunger mean to you?

Roua’s drawing—a vision of a peaceful future, where children can live happy, normal lives—was selected. Her school in Damascus has two shifts, one in the morning and one in the afternoon, each serving 800 students. The large number of students is due to the high number of displaced families that have settled in the area.

Thanks to WFP’s school meals program, children like Roua have the chance to learn amid crisis. And a school meal of fortified date bars and fresh milk is one of their most important school supplies.

The Syrian crisis, now in its its eighth year, has derailed the educational system in Syria, leaving an estimated 1.75 million children and young people out of school. School meals are a critical component to help bring children back to school in Syria and ensure every child has access to education, health and nutrition. One in three schools is either damaged, destroyed, used as a shelter or inaccessible.

Half a million children inside Syria like Roua are now receiving milk and locally-produced date bars. They are fortified with vitamins and minerals, providing roughly 30 percent of a child’s daily energy requirement. These school meals allow children to focus on their studies and their dreams, reimagining a life beyond war and violence.

Last year, for the first time since the start of the program in 2014, WFP was able to meet its date bar requirements locally. This has a ripple effect, contributing to the local economy and creating job opportunities for women and men at the factories, while ensuring a greater alignment with local taste preferences. 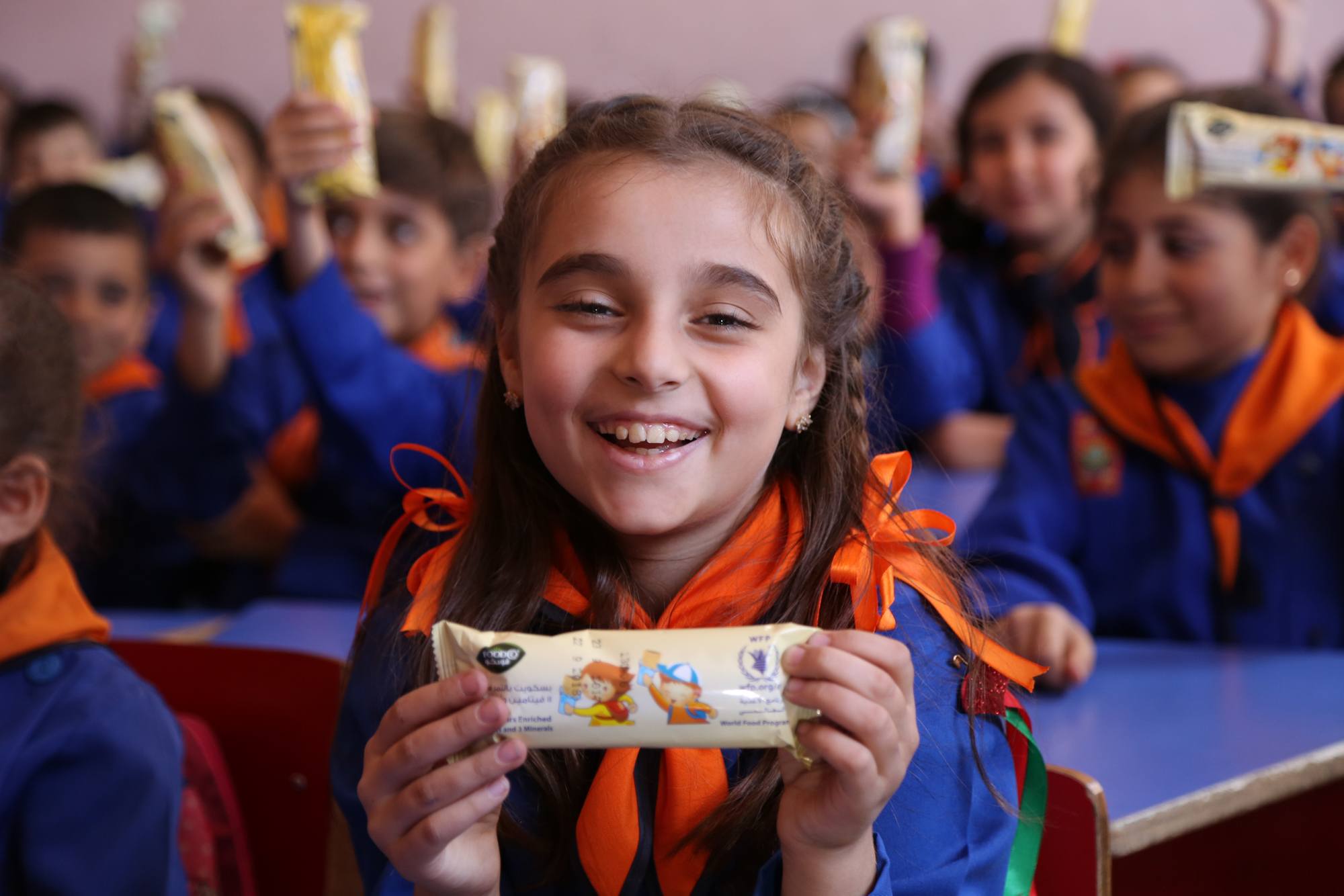 Roua Mohammed holds up a locally-produced date bar in her school in Damascus.

In March 2017, WFP began distributing school meals for the first time to Syrian children attending public primary schools in areas in Aleppo city previously inaccessible to WFP and other humanitarian organizations. The new program provides each student with a fresh meal, consisting of a sandwich and piece of fruit or vegetable.

“This is a turning point for children in Aleppo, many of whom haven’t attended school for years because it was simply too dangerous to go outside due to constant fighting,” said former WFP Syria Country Director and Representative Jakob Kern. “Now that relative stability has returned to Aleppo, these daily nutritious meals encourage parents to send their children – especially girls – to school and to keep them there.”

The humanitarian agency is implementing its school meals program inside Syria in coordination with the Ministry of Education and UNICEF. In 2017, WFP reached more than 600,000 children with school meals in 1,600 schools– an eight-fold increase since the program began.