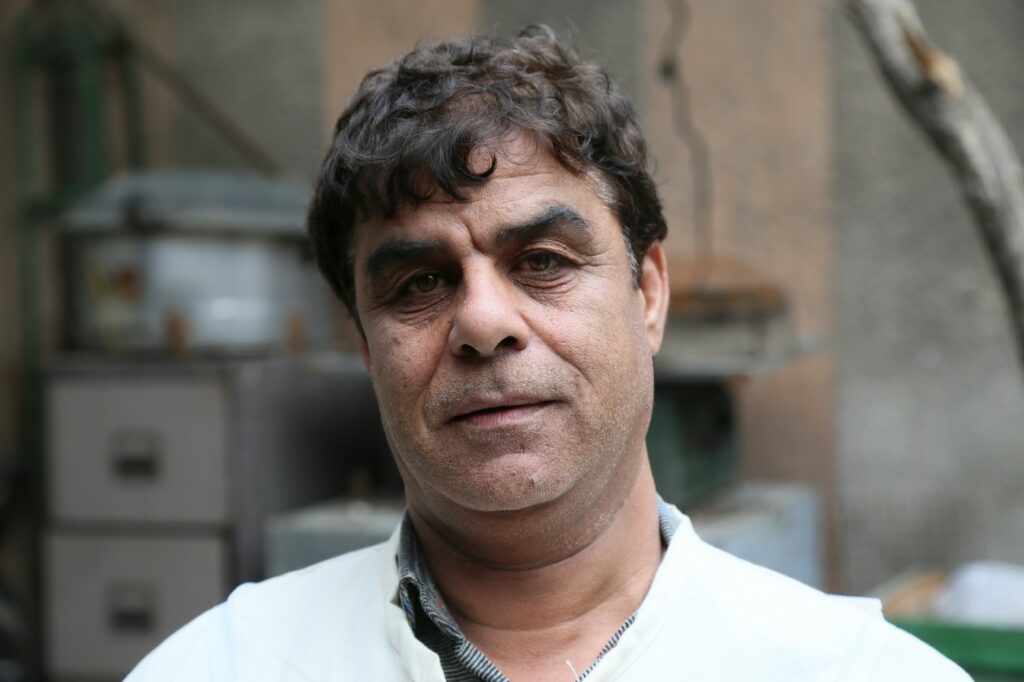 After His Blossoming Beekeeping Business Was Destroyed by Syria’s Civil War, Here’s How WFP Helped Him Rebuild It.

Today, on World Bee Day, we look back at the story of a Syrian beekeeper who was able to rebuild his life – and business – thanks to a World Food Programme (WFP) beekeeping program.

Nine years ago, Adnan Al-Outani owned land with 500 beehives, 40 blooming apricot trees and one very successful honey shop. They were his passion and source of income. Every year, his beehives would produce around 6,600 pounds of honey. From their annual revenue, Adnan was able to put his children in good schools and provide them with everything they asked for.

With help from WFP, a community-based initiative in Syria revitalized a beekeeping industry.

Adnan explained how he would travel across Syria every year to protect them against the harsh winter — a journey he made happily, one that exposed him to the flourishing beekeeping industry in his country and allowed him to meet other beekeepers.

The year 2020 would have marked his twenty-eighth year in the beekeeping trade. Sadly, the chaos of the Syrian conflict caught up with him and he lost all 500 hives  overnight. He was barred from reaching them after security deteriorated in the town in eastern Ghouta where his land was located.

Losing his life-long efforts so suddenly was devastating for Adnan, who fell into depression as he struggled to keep his family safe in a tiny apartment in Damascus.

“I struggled to wake up in the morning and lost all my energy. My kids complained that I stopped smiling or laughing like I used to in the past.”

Beekeeping has a long tradition in Syria, providing employment, income and economic security for people in rural areas. It is especially suitable for women who need to carry out work close to their homes for cultural, security, family or other reasons.

It also involves very little capital investment, as no complex technologies are needed. But the ongoing civil war saw colonies neglected, or completely destroyed. Between 2011 and 2017, beekeeping activities had decreased by 86 percent in rural Damascus, Lattakia and Hama. Through his hard work, Adnan managed to multiply the beehives he received in August 2016 from three into 15 by July 2017.

Adnan’s was just one story among many in Syria, where the rich beekeeping industry had been significantly damaged by war. WFP recognized this loss and, in cooperation with Syrian agricultural chambers federation and the Arab Beekeepers union, developed the beekeepers livelihood project in 2017.

The project was part of WFP’s wider ongoing efforts to improve livelihoods for millions of people affected by the conflict in Syria.

Adnan was one of the very first participants. Along with 750 other beekeepers, he received three beehives, related supplies, and food parcels for six months until the bees produced enough honey to make them self-sufficient again.

“I received a call that changed my life. I couldn’t believe I was going to get my hands on some bees again!” he said.

Busy as a bee WFP is working to revive Syria’s beekeeping sector, so far assisting 3,000 Syrian beekeepers across the country.

By the following summer, Adnan was working passionately to rebuild his once prosperous business. After losing his bees to the chaos of the Syrian conflict, Adnan found hope in the hives he managed to cultivate, thanks to WFP’s beekeeping livelihoods project.

“The most important thing about this gift is that I felt like I’d gotten my life back. I wake up early to monitor the bees. I suddenly have energy because I have something to look forward to,” he said.

The project was a great success, with over 85 percent of the hives multiplying and generating money between August 2016 and April 2017. As a result, the Syrian Agricultural Chambers Federation and the Arab Beekeepers Union announced a second grant of beehives, distributed to 1,750 newly affected beekeepers in seven districts including Aleppo, Swaida, Rural Damascus, Homs, Hama, Tartous and Lattakia. 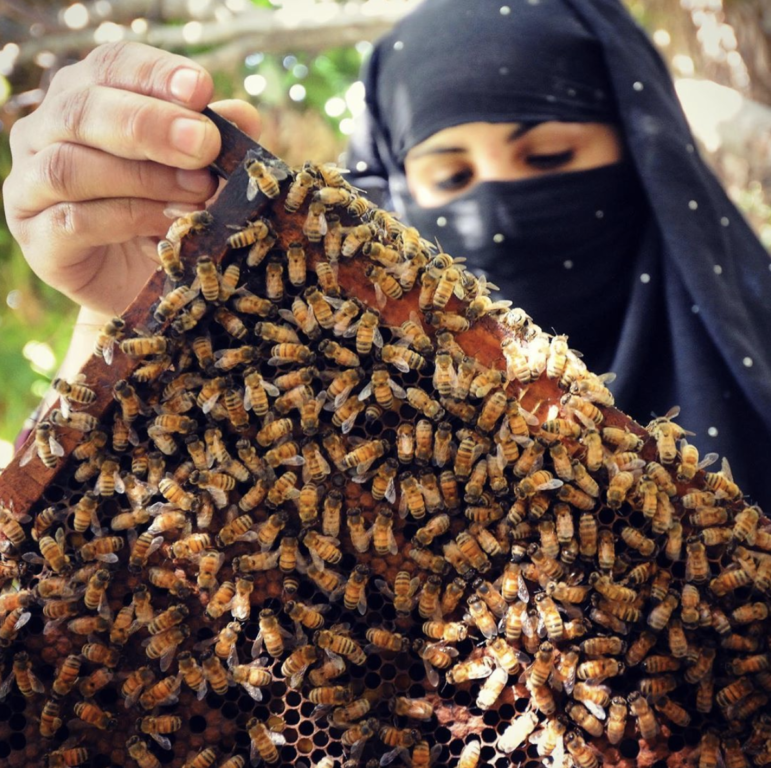 Soon, trees were blooming all around Syria. By providing beehives, supplies, and training, WFP helped many Syrians get back on their feet again with a steady source of livelihood.

Adnan found hope through the beekeeping project, but the civil war in Syria still rages on around him. Today, more than 50 percent of the country’s population has been displaced and 4.5 million people rely on WFP every month for their basic needs, making projects like these more crucial than ever.

You can be a lifeline to Syrian families who are in desperate need and support initiatives like this one. Donate Now.

This story was written by Hussam Al Saleh and originally appeared on WFP’s Insights.