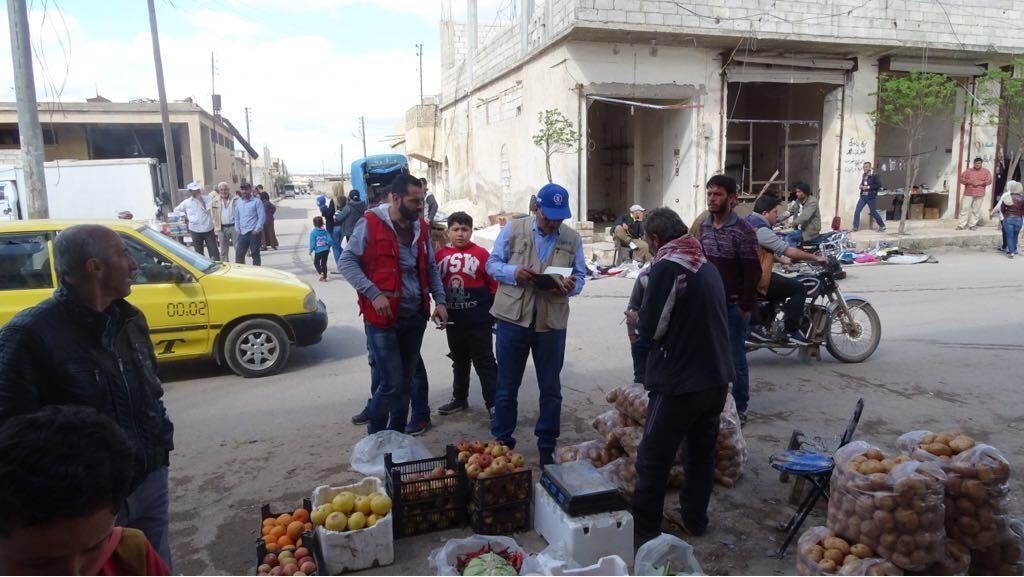 Braving the Cold in Syria

In northwestern Syria, Idlib—located in the open desert, where it’s cold and windy—has become an unlikely refuge for displaced Syrians fleeing the ongoing civil war.

Since January, armed clashes and artillery shelling have forced more than a quarter of a million people into camps in northern Idlib and western parts of the area. And it’s getting worse. Now that Eastern Ghouta has been taken over by government forces, opposition fighters and their families are being bused there as well, adding to the hardship.

WFP is currently providing food to 230,000 people sheltering in Dana camp in northern Idlib. Many camps are beyond capacity, and conditions have become so dire that many families are forced to stay out in the cold. Some are even trying to return to their homes in destroyed cities to avoid the harsh conditions.

In Aleppo, nearly 100,000 people who fled the northern city of Afrin are receiving WFP ready-to-eat rations. And, with bakeries overstretched, WFP is also providing daily fresh bread for more than 60,000 people there.

“Airstrikes destroyed our house, and then they stole everything we had,” said Arat Sik, whose family is choosing to live outside because they are concerned about more airstrikes. “We can never go back.”

A WFP team meets with displaced families from Afrin, most of whom can’t afford to buy food in the market.

WFP is also providing food to roughly 45,000 people still living in temporary shelters around Damascus. The fight to reclaim Eastern Ghouta resulted in the displacement of more than 100,000 people, almost all of whom have received WFP food assistance.

WFP will continue working around the clock to deliver lifesaving aid to the people of Syria, using every means necessary.