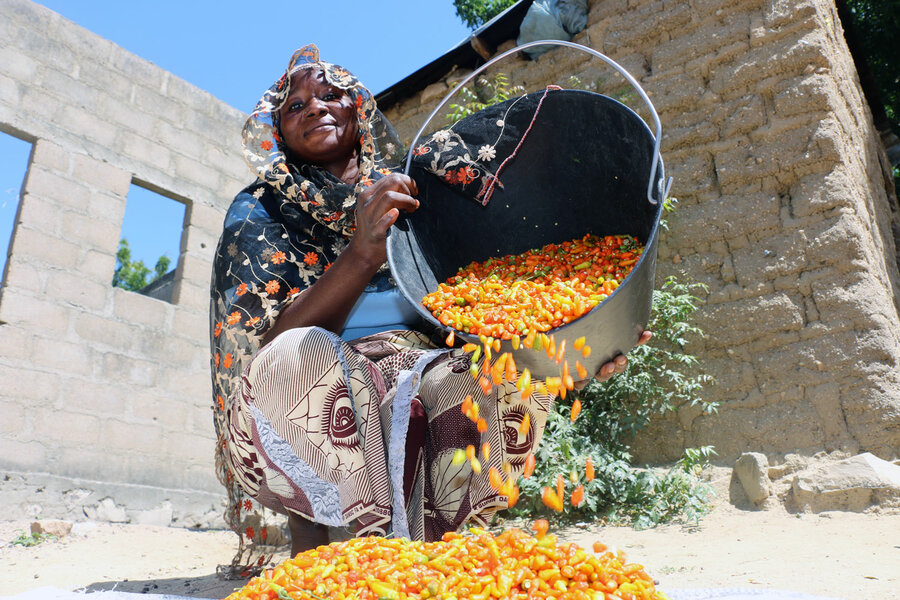 Today, cooperatives all around the world will celebrate the 100th International Day of Cooperatives.

Cooperatives (otherwise known as “co-ops”) build a better world through a wealth of different avenues, from fighting against environmental degradation to creating job opportunities to fostering food security. The Klakil Farmers cooperative in Cameroon is no different.

Mayramou Hamadou wears a smile on her face like a badge of honor. Though the mother of four doesn’t own land, she is part of a community effort that feeds the town of Mayo-Moskota, in Cameroon’s Far North Region. 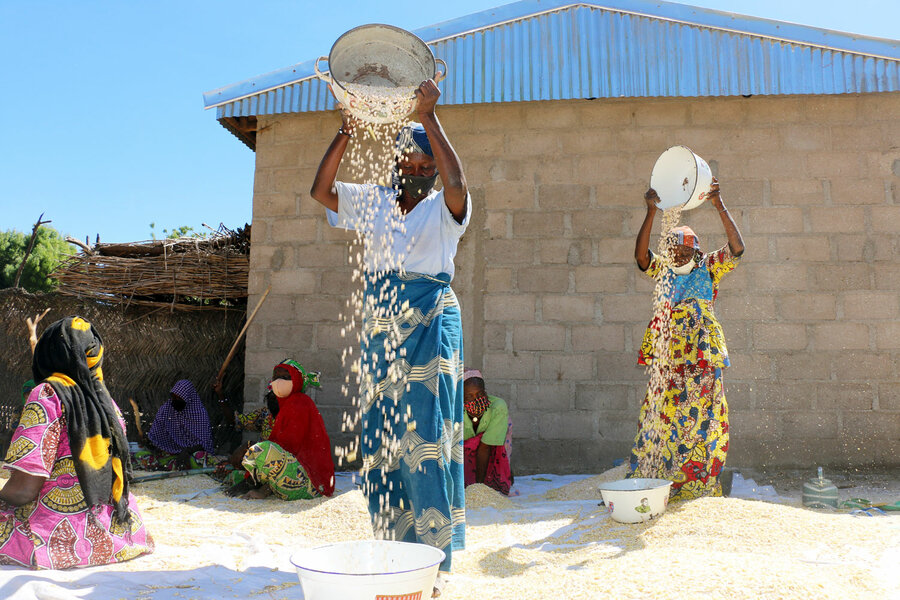 Sifting priorities: Cooperative members process black-eyed beans. Mayramou manages the cooperative’s produce until members are ready to sell so they can maximize profits.

Last year, the 47-member Klakil Farmers cooperative – comprised mostly of women and supported by the U.N. World Food Programme — harvested over 220 pounds of peppers from its 17-acre plot. Its members included longtime Mayo-Moskota residents but also internally displaced persons like Mayramou, who fled the Boko Haram insurgency that has gripped this region and parts of neighboring Nigeria too.

“Our resilience is not just in the food we produce, but also in the fact we know we can count on each other,” said Mayramou. 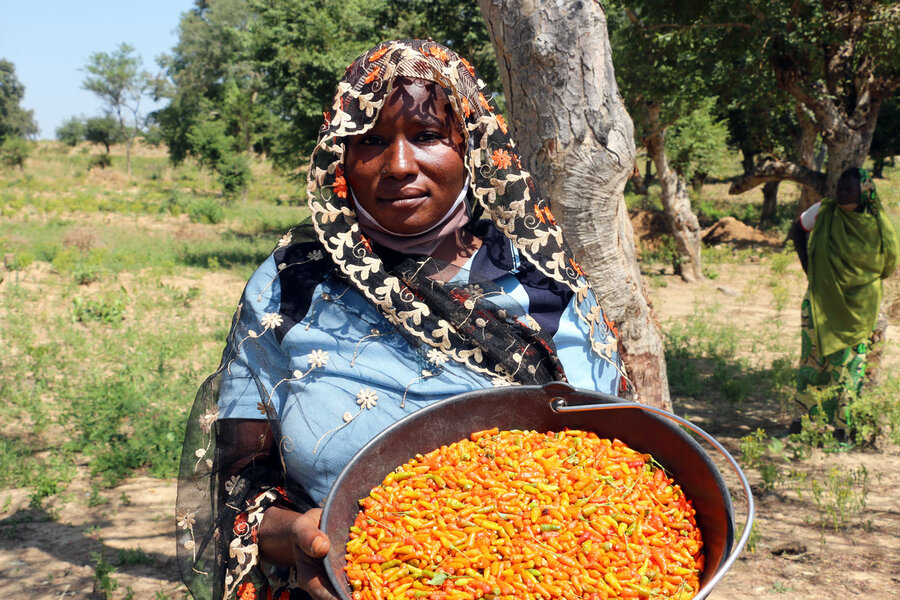 Each cooperative has a mix of participants that include internally displaced people, refugees and members of the host communities. Together, the members decide which development projects to implement, providing much sought-after work opportunities.

The U.N. World Food Programme supports cooperatives like Klakil in ten Far North communities, helping members manage their finances, increase their harvests, get through the lean seasons and earn a profit in the markets. In partnership with the Korean International Cooperation Agency (KOICA), the U.N. World Food Programme also offers logistical support to the cooperatives and funding to develop village savings-and-loans associations. 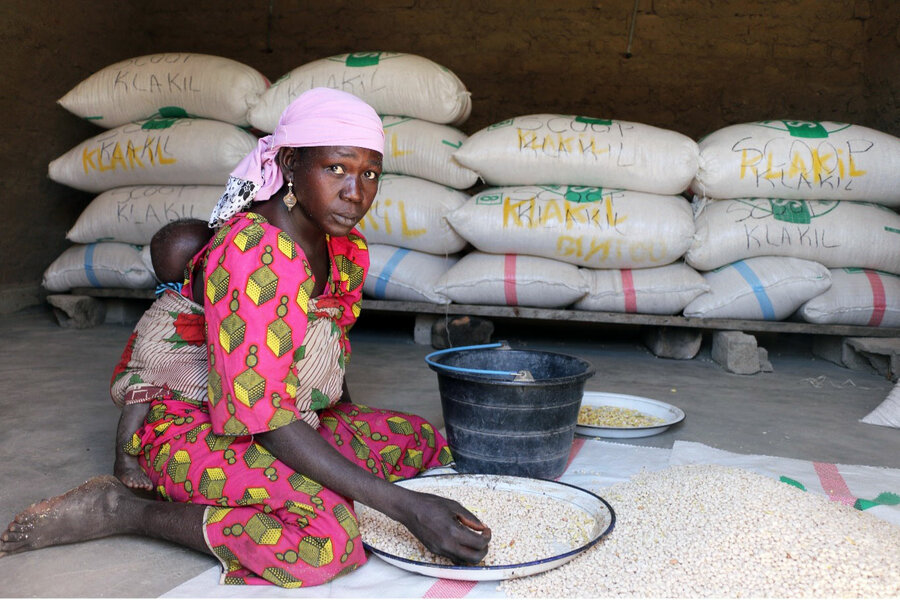 The Value in Farming Cooperatives

As of March 2021, some 11,000 people had benefitted from the $8.3 million initiative. It had created eight savings-and-loan associations in villages as well as seven farming cooperatives. Cooperative members also worked on other projects like fishponds, water harvesting points and vegetable gardens.

The project proved even more valuable as it created opportunities for integrating newcomers into the communities.

Cooperative members say they have forged some of their most enduring friendships with fellow members. Among them are people who’ve fled the devastating effects of recurrent droughts and floods on crops and livelihoods, in search of better growing conditions.

As they work together to harvest produce with the local farmers, stories are shared of experiences that help to build stronger bonds. They have all become friends and family to each other.

“Working alongside displaced people has been eye-opening,” said Gadia Gisata, a resident from Zamai, another town participating in the U.N. World Food Programme/KOICA project. Her cooperative works with residents of the Minawao camp, Cameroon’s largest refugee camp, located some six miles away.

“I have made new friends and learned a lot from hearing about their struggles,” said Gaida. “This project has really reinforced our cooperation and shown us that, together, we can build buoyant communities.”

This story originally appeared on WFP’s Stories on March 10, 2021 and was written by Richard Atem and Glory Ndaka.