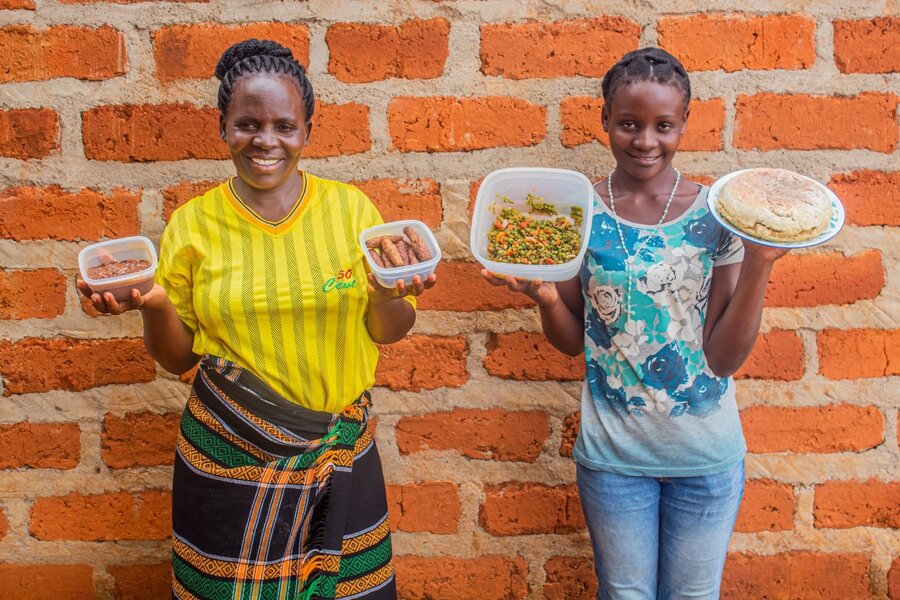 “Pulses changed my life,” says Emeldah, referring to the humble pea family of legumes that includes beans, chickpeas and lentils. “They’ve not only improved my income, but also the health of my family and community as a whole.”

Emeldah lives in Monze – a small farming town in Zambia’s Southern Province – and is one of the 150,000 small-scale farmers that the United Nations World Food Programme (WFP) is supporting in the country.

Like most farmers here, she depends on rain-fed agriculture in an area prone to adverse climate conditions: severe droughts and intense rainfall. For generations, all her family grew was corn – a crop highly vulnerable to drought and flooding but which dominates food production in Zambia, where poor dietary diversity means low levels of growth, known as “stunting,” for 35% of children. 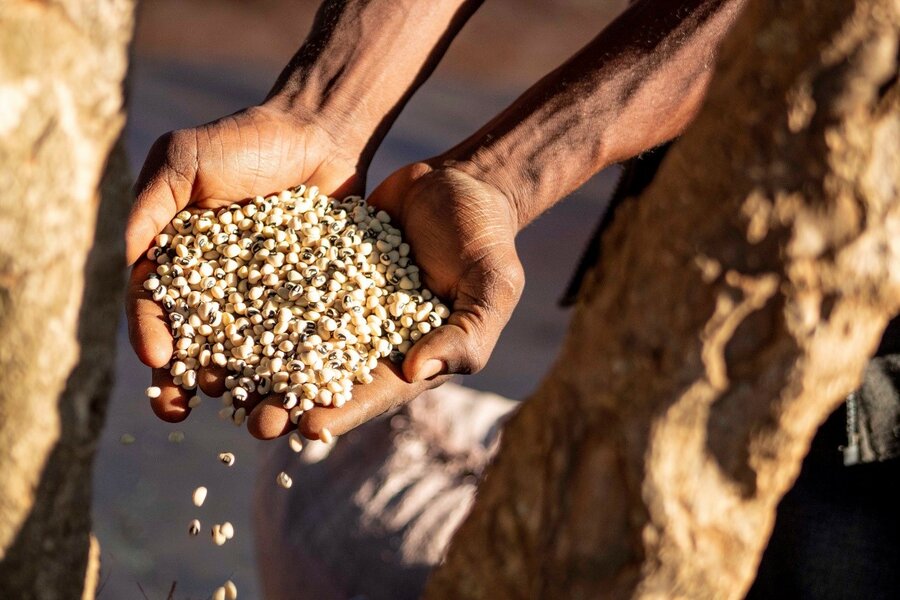 “As time went on, dry spells and droughts became longer and more intense, and our community could no longer predict the rainfall pattern,” says Emeldah. “Year by year, I didn’t know if my corn would make it to harvest.” With such unpredictability, Emeldah wanted to take back control of her life. In 2017, she joined her local farmers club, where the U.N. World Food Programme was providing support to farmers so that they could produce more, reduce post-harvest losses, access new markets and increase their incomes. 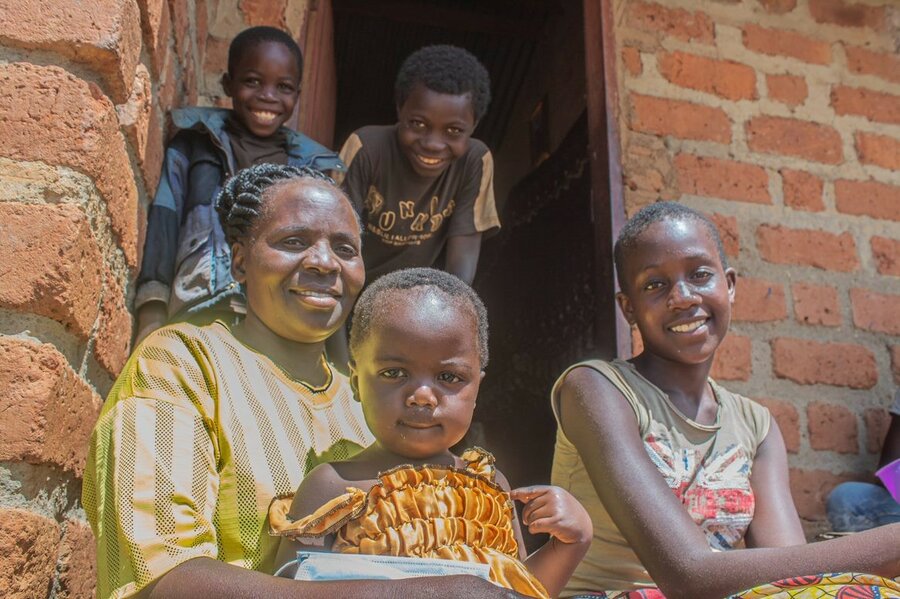 Emeldah is one of the 150,000 small-scale farmers the U.N. World Food Programme is supporting in Zambia.

Up to 27,000 small-scale farmers like Emeldah have benefited from access to drought-tolerant and nutritious seeds. One of the crops the U.N. World Food Programme promotes is pulses – such as cowpeas – because they are inexpensive, easy to store, highly nutritious and can withstand drought stress.

It all started with her first harvest of cowpeas, her biggest ever.

‘’When I was only growing corn, I would earn around $370 on a good year,” says Emeldah. “Even during the drought in the 2018-19 season … I harvested 11 tons of cowpeas, worth five times that. None of my corn made it to harvest that year.” 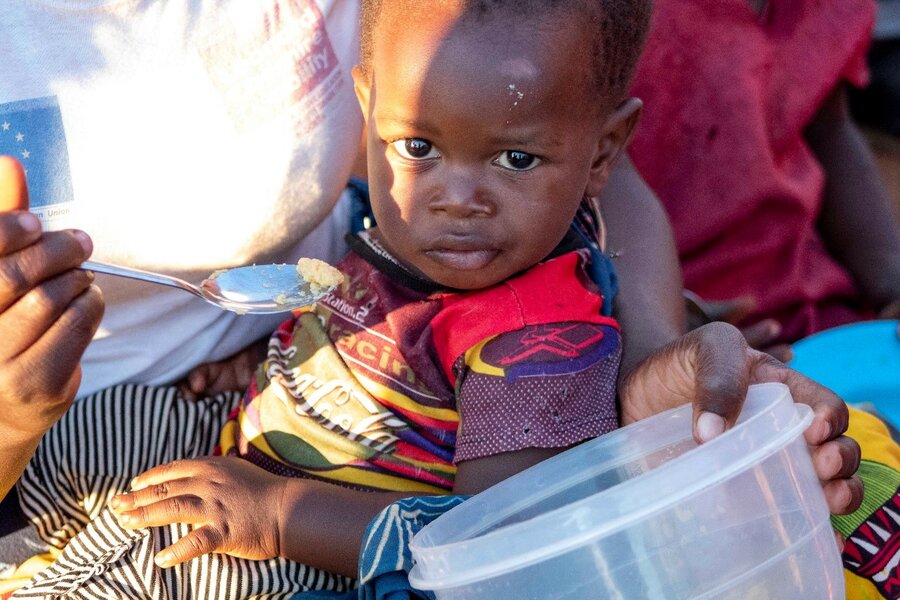 The cowpea yield meant she could put food on her table and pay for her children’s school fees, at a time when hundreds of thousands of farmers sought food assistance after losing entire corn fields.

Through training she received from a U.N. World Food Programme nutrition group on the importance of a healthy diet, Emeldah also learned to make cowpea porridge.

‘’I started to make cowpea porridge for children in my community. It helps them grow healthy and strong. I swap my recipes with members of my farmers club and run cooking demonstrations in my village so that we can all benefit,” she explains. 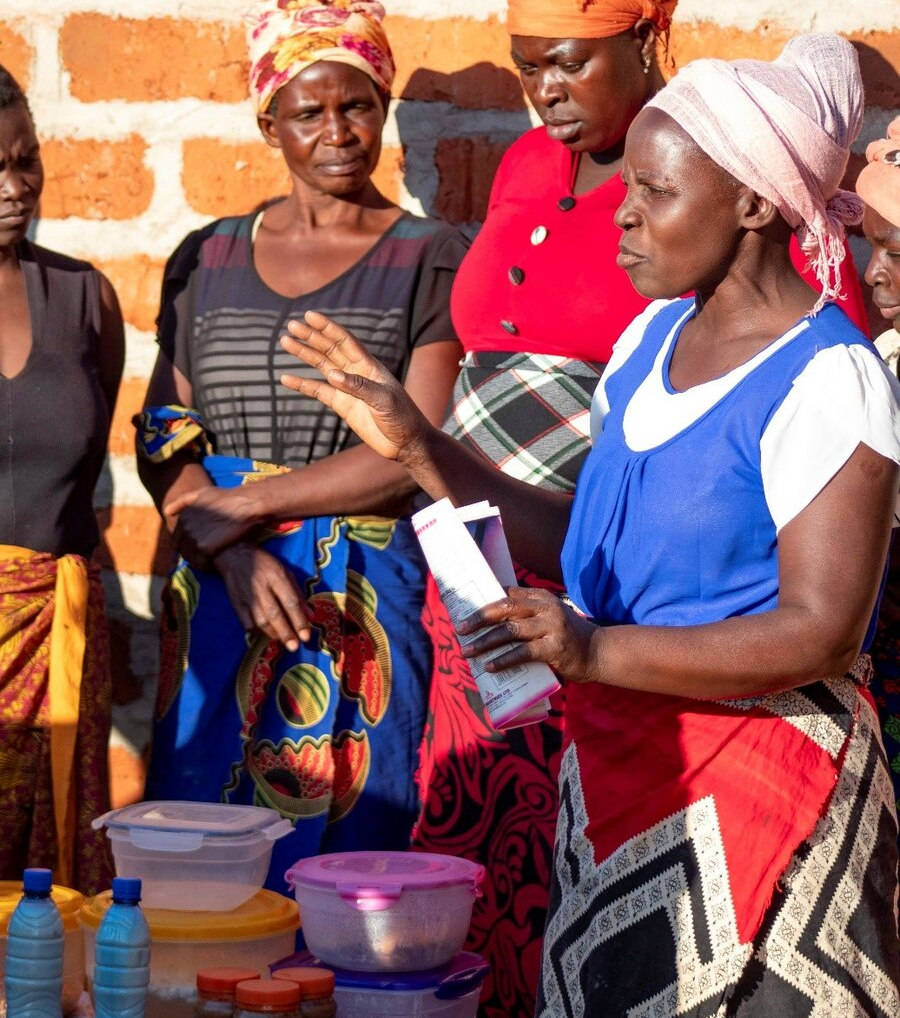 Emeldah is part of a farmers club that runs cooking demonstrations.

Benefits are threefold in helping tackle the ‘triple burden’ of malnutrition – undernutrition, overweight and obesity – a growing problem in Zambia with obesity rates as high as 23% for women and girls.

“I’ve not only seen the health of my children improve, but the health of my community. Our children are strong now, and people are eating my products made from pulses instead of only consuming corn or buying unhealthy processed food in the shops,’’ says Emeldah.

This story originally appeared on WFP’s Stories on February 10, 2021 and was written by Sophie Smeulders. The U.N. World Food Programme’s work with small-scale farmers in Zambia is supported by Germany, Sweden, Switzerland, and Green Climate Fund.