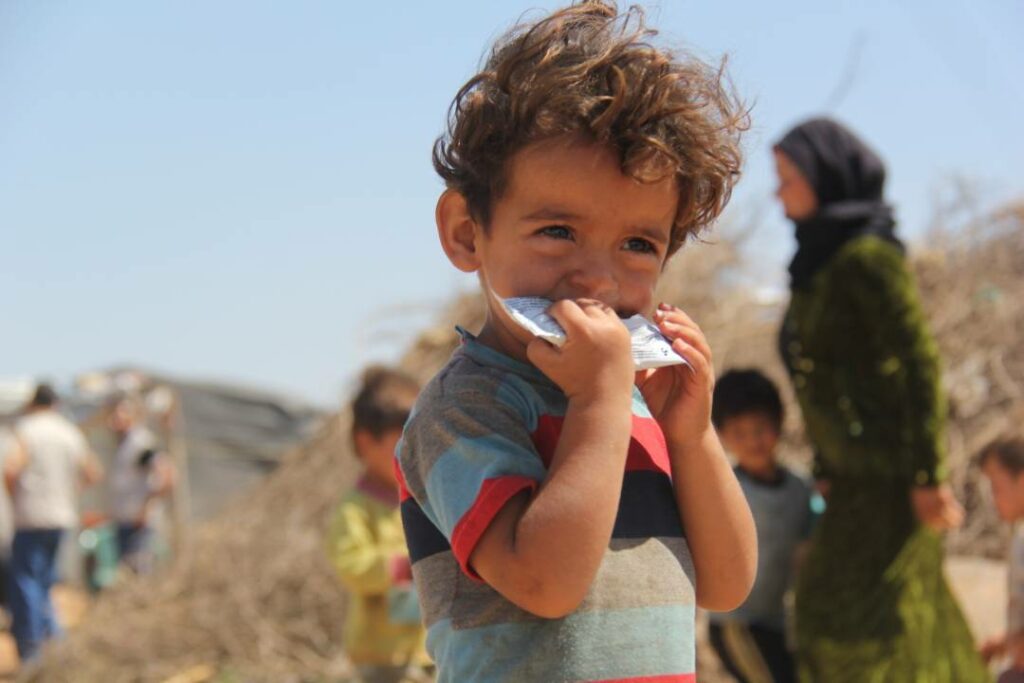 “We had to run during the shelling and the destruction,” he said.

As of July 10th, Nidal is one of more than 325,000 Syrians who have fled warplanes and helicopters hovering in the skies. Many rushed to save themselves before the bombing began in the rebel-controlled area, some fleeing with nothing but the clothes on their backs. Villages nearby have been almost abandoned.

“We’re sleeping in the open air, under the trees, in the mosques and schools,” Nidal said. “Those lucky to find a tent have to share it with four or five other families. We need all the help we can get.”

As terrified families flee south to the Syria-Jordan border, WFP is responding in spite of significant logistical challenges. Fighting in Dara’a and Quneitra provinces has blocked supply routes inside southern Syria, causing an increase in the price of fuel and other basic supplies. 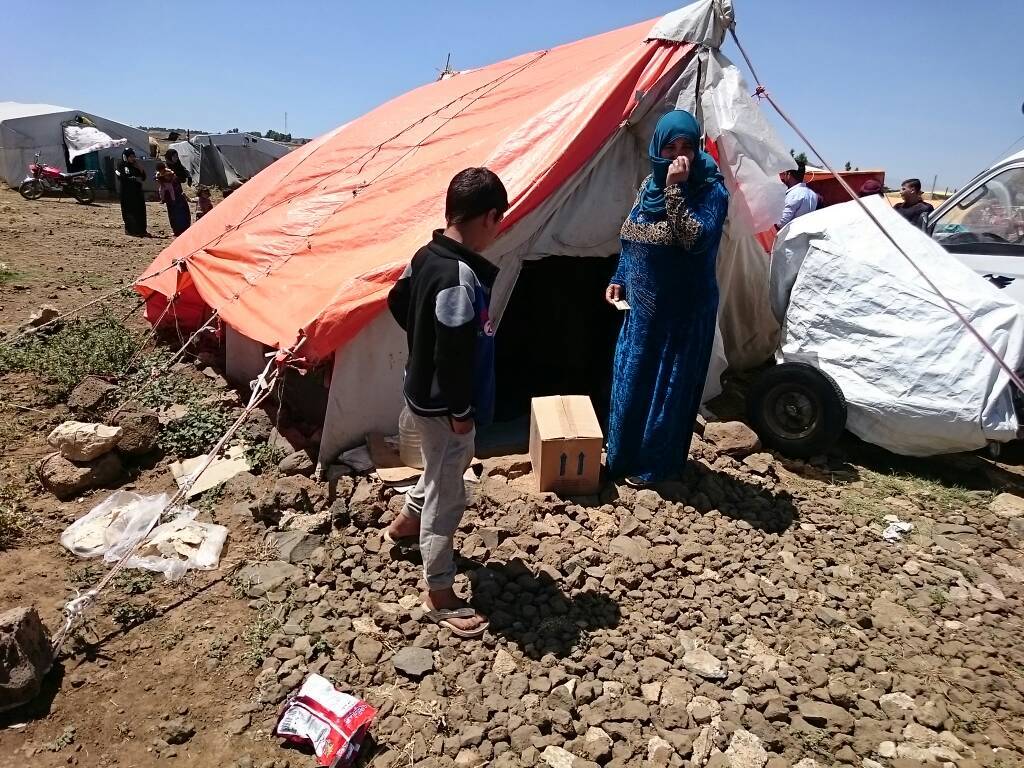 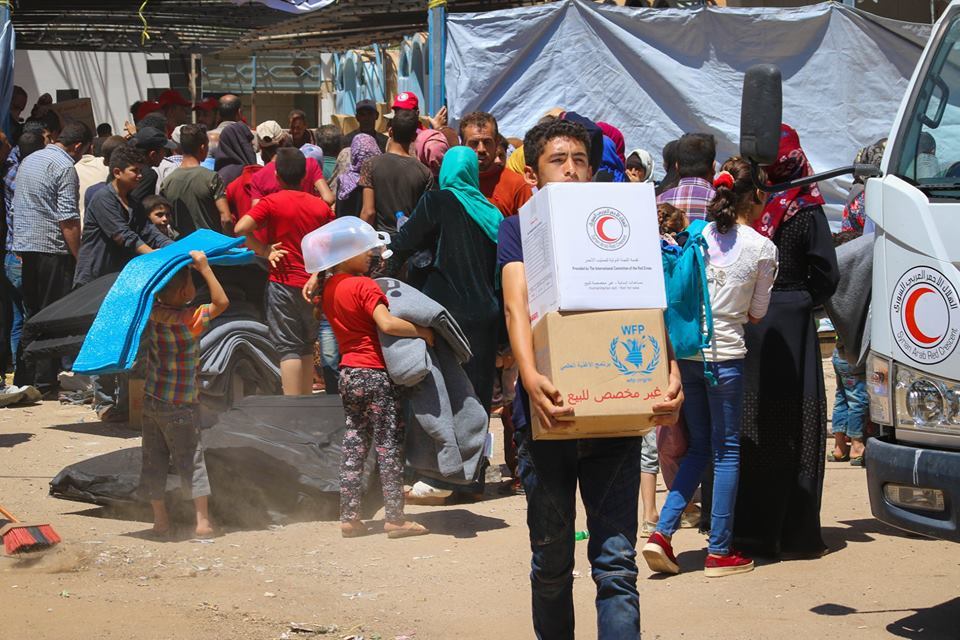 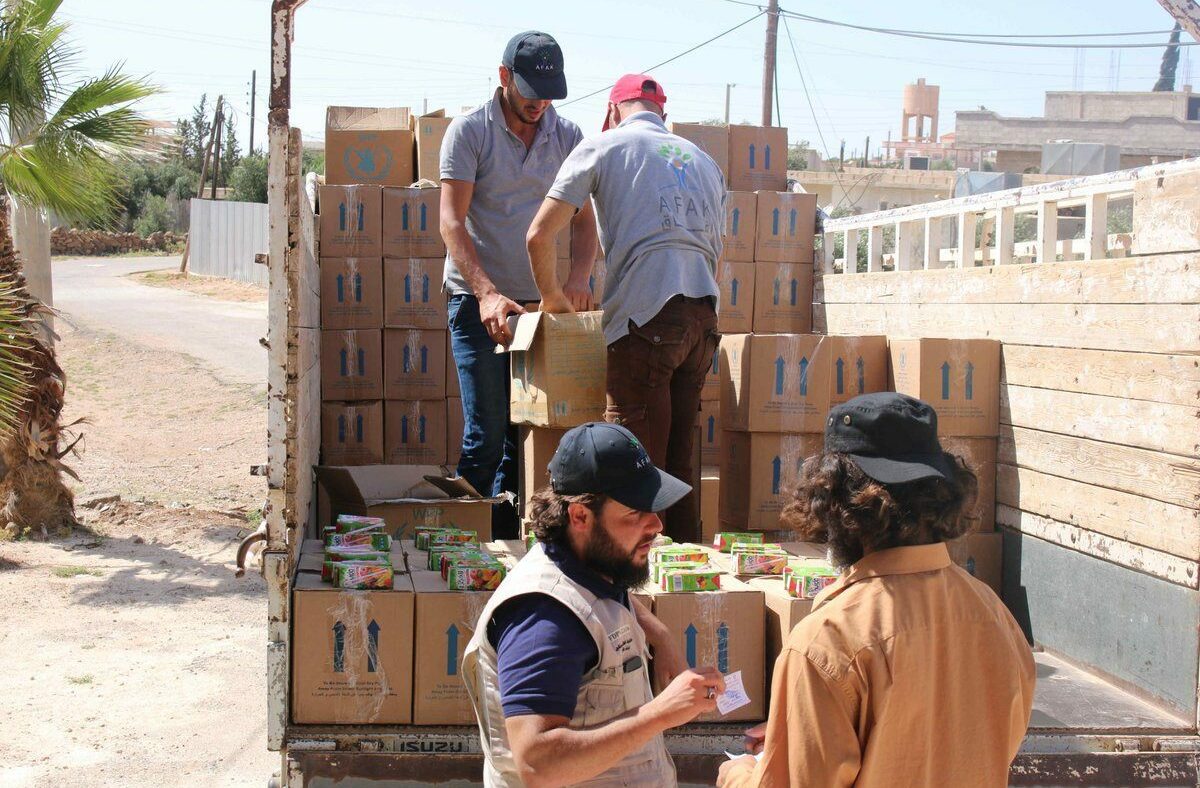 That’s why the humanitarian agency is employing a different strategy to help families in need—cross-border deliveries.

WFP truck convoys are crossing the Jordanian border to deliver lifesaving food to about 200,000 people in distress—including canned foods that don’t need to be cooked—such as tuna, chicken and beans. WFP is also providing specialized nutritional products to prevent malnutrition in children under the age of two.

“WFP acted quickly to assist the thousands of people in the south who are in desperate need,” said Corinne Fleischer, WFP’s Country Director in Syria. “We’re ready to scale up and reach more vulnerable families through cross-border deliveries or from inside Syria if supply routes open.”

If the violence continues, the number of displaced people could nearly double—making WFP’s ability to reach families in need all the more important.

“As long as people remain inaccessible from within Syria, which remains the case today, cross-border humanitarian deliveries continue to be the indispensable lifeline for those millions of Syrians dependent on humanitarian assistance to survive,” Lowcock said.