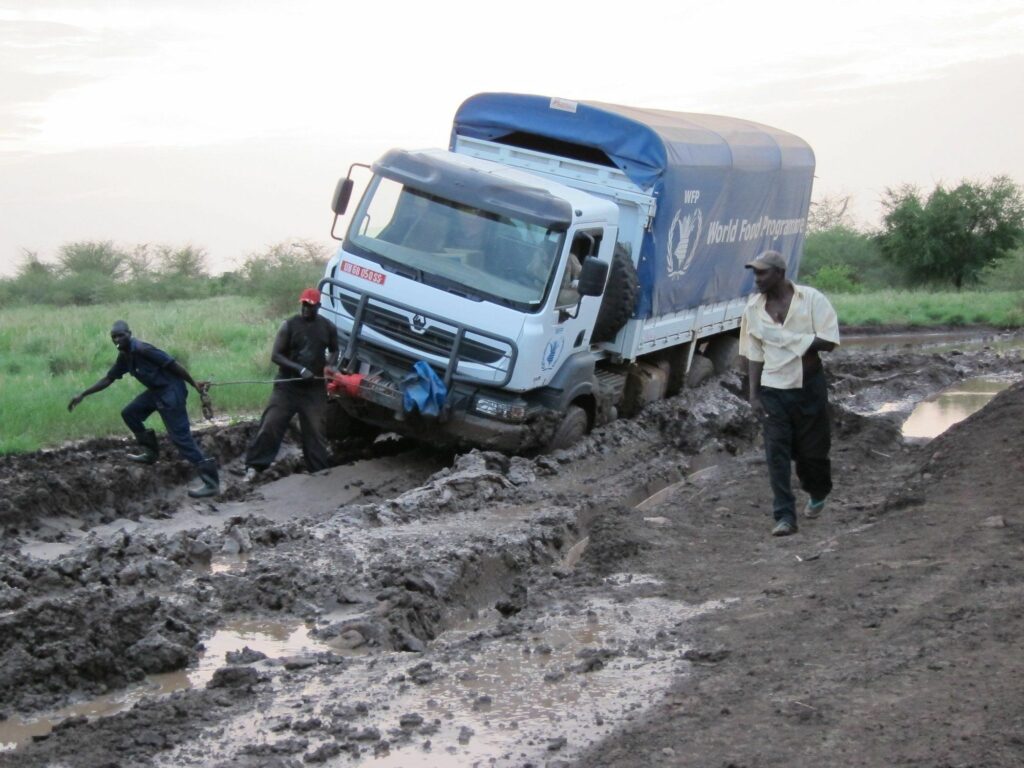 Circumventing the Threat of Rain in South Sudan

For almost six months every year, roughly 60 percent of the unpaved roads in South Sudan disappear. As black cotton soil transforms into mud, aid workers on the ground sometimes joke that when they get stuck, they start fishing.

“The impact that rain can create is massive,” said Adham Effendi, the World Food Programme (WFP)’s head of logistics in South Sudan. “Because there is no infrastructure, no roads.”

That’s why WFP is pre-positioning hundreds of thousands of tons of lifesaving food in more than 50 warehouses across the country during the final weeks of the dry season. It’s a gargantuan effort that makes food delivery more effective and efficient during the rainy season, leveraging WFP’s knowledge of where people are likely to go until the rain ends in October. 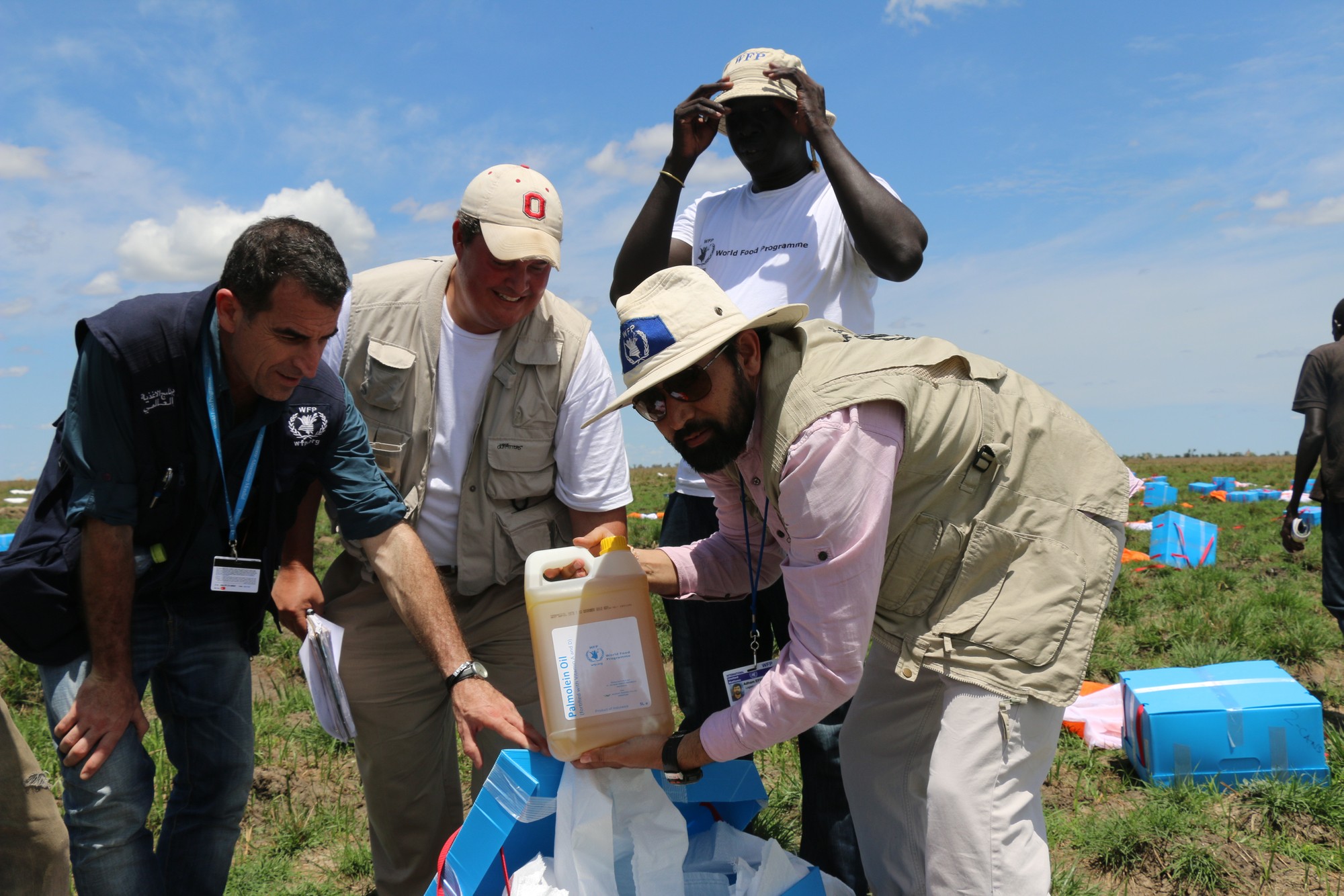 WFP’s Head of Logistics in South Sudan Adham Effendi is working with companies like SkyLIFE Technology to push the boundaries of humanitarian assistance delivery.

Staff work closely with local communities and officials to ensure the safety of these food stocks, strengthening the efficacy of WFP’s operations in the field. Last year, WFP hit 100 percent of its target, pre-positioning 115,000 tons of grains, beans, oil and other types of lifesaving food.

“It’s not just to pump food into these warehouses,” Effendi said. “It’s also about mitigating the risk associated with holding these large food stocks all around the country.”

This year, WFP has set an even more ambitious target: 140,000 tons of food—a 20 percent increase from last year. It’s a direct response to new data that shows that severe hunger could increase to levels never seen before in South Sudan. Roughly 7 million people—almost two-thirds of the population—will face severe hunger and famine-like conditions in the coming months unless humanitarian assistance and access are maintained.

WFP is now loading 1,000 tons of food for delivery everyday with more than 70 trucks on the move in South Sudan. Food enters the country from Sudan in the north and from Kenya and Uganda in the south. WFP has prepositioned 66,000 tons of food thus far, roughly 47 percent of its target, and is working to reach its goal over the next 4-6 weeks before roads become inaccessible.

“Unless we can pre-position assistance rather than mount a more costly response during the rains, more families will struggle to survive,” said Adnan Khan, WFP’s Country Director in South Sudan.

WFP is working around the clock to deliver lifesaving aid to the people of South Sudan, using every means necessary.