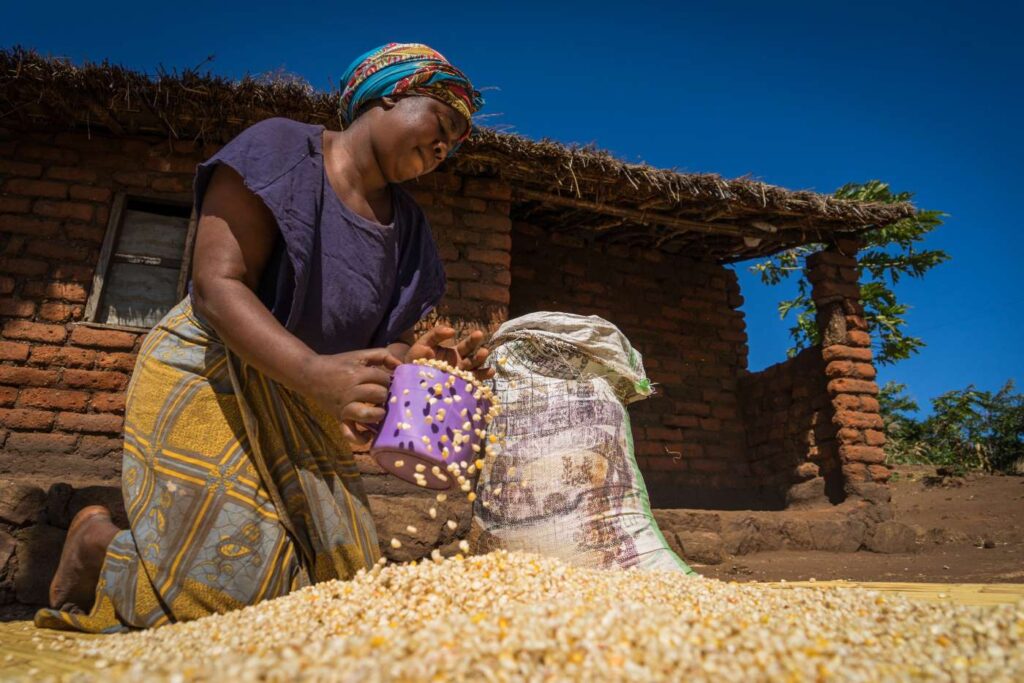 Climate change is threatening our complex global food system which is already struggling to meet the needs of a growing and changing population.

While the number of hungry people worldwide has grown, so has conflict and forced displacement. These two factors, combined with a slow economic recovery from the 2008 global financial crisis and increased frequency of extreme weather events, have led to a reversal of progress in the fight against global hunger.

Why Our Food Supply Is Vulnerable

A large percentage of the world’s food supply is produced by small-scale farmers who rely solely on rainfall to water their crops and livestock. That means long-term changes in climate have immediate effects on the production of food. 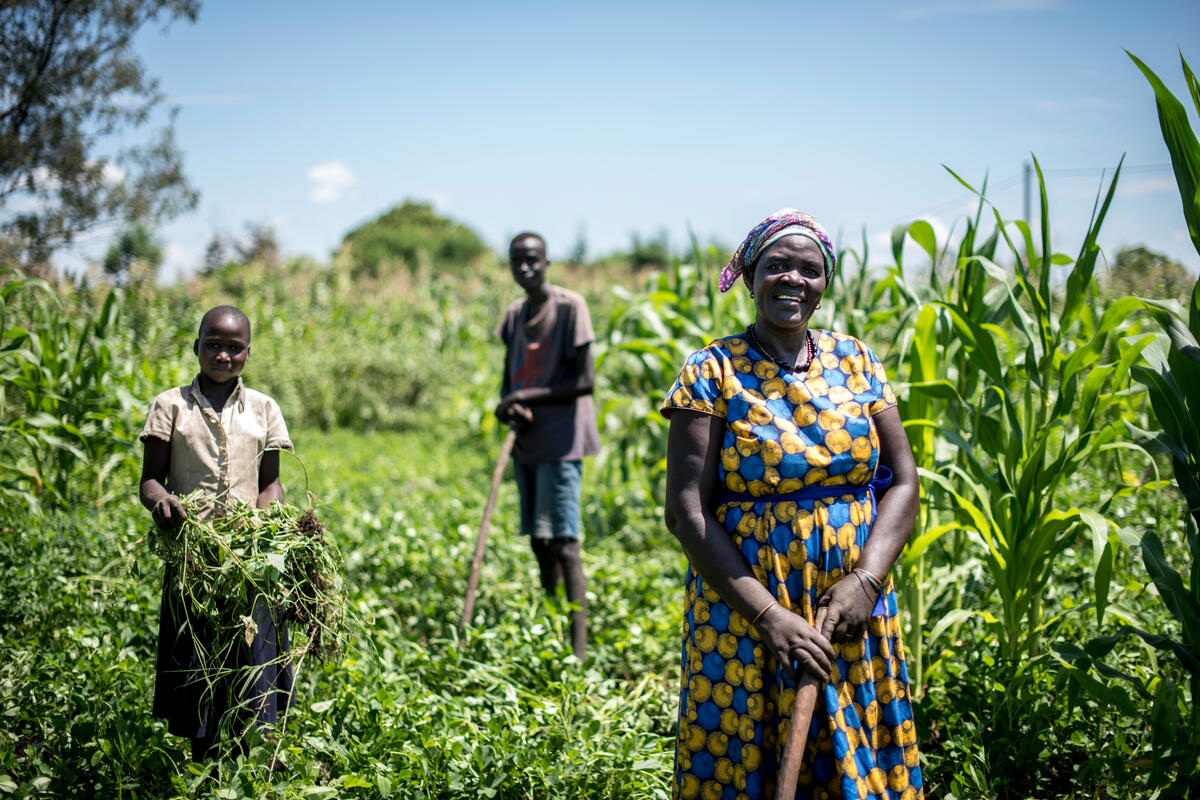 Rachael Akol is a corn farmer in Karamoja, Uganda. In 2018, WFP began working with small-scale farmers in Uganda like Rachael to establish a system of sourcing food for school meals from local farmers.

For example, a general rule of thumb in the equatorial tropics is: Every 1°C rise in average temperature is associated with a 10 percent decrease in crop production. Under the right circumstances temperature spikes can lead to outright crop failure and widespread hunger.

According to the United Nations World Food Programme (WFP), at least 80 percent of the world’s hungriest people live in places prone to natural disasters and environmental degradation.

Ultimately, climate change will hit hardest where people are the least able to cope. Right now, natural disasters like floods, droughts and hurricanes threaten to push as many as 132 million more people into poverty by 2030.

The Quiet, Creeping Effects of Drought

Of all the impacts that climate change has on agriculture and global hunger, the quiet, creeping effects of long-term drought are among the most harmful for small-scale farmers and other vulnerable populations.

Droughts and other climate-related extreme events have more than doubled in frequency over the last 25 years. 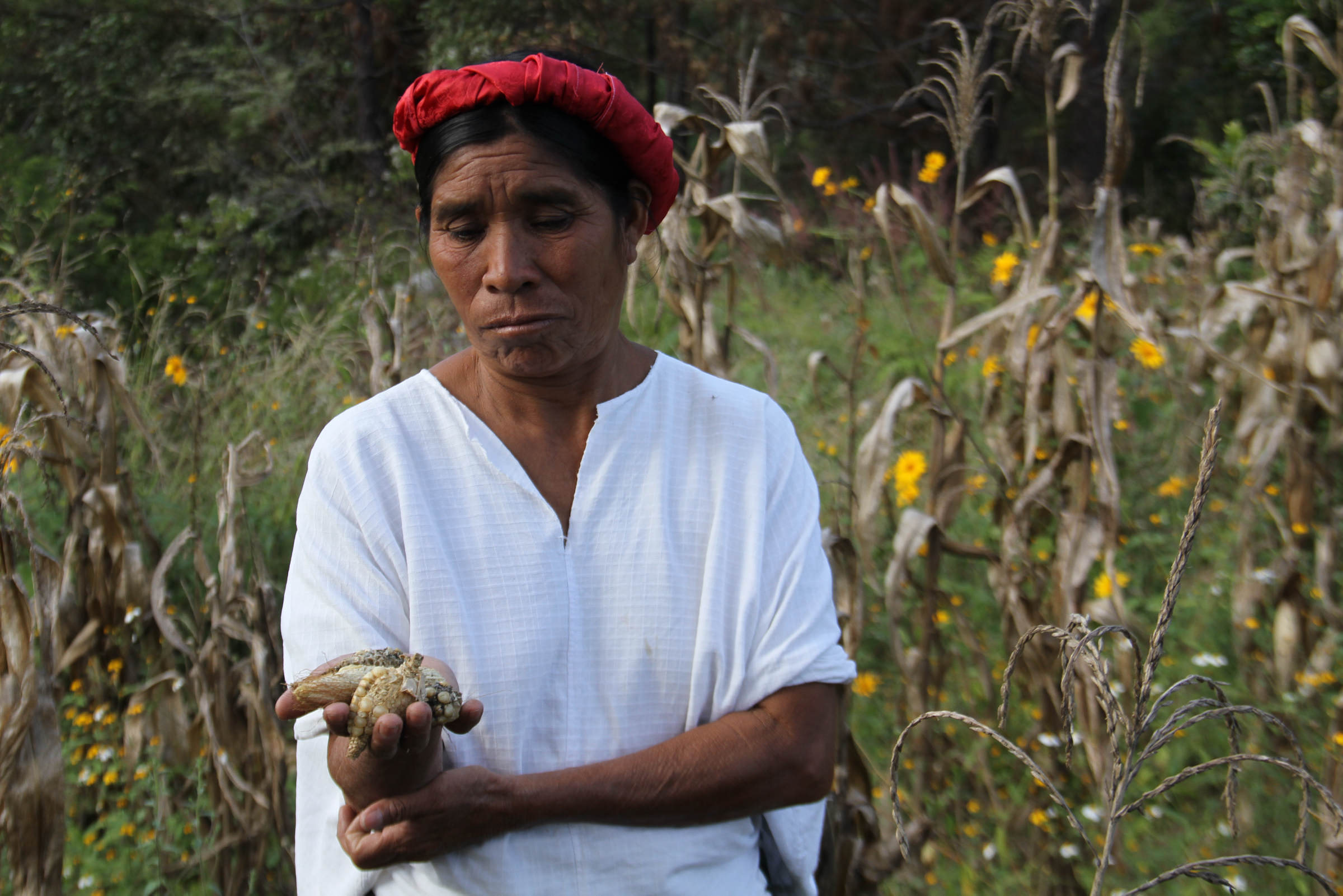 Doña Dominga shows underdeveloped purple corn harvested from her field in 2012. The drought in Guatemala has devastated crops and farmland, leaving staple foods like corn inedible.

Multi-year drought lengthens the annual “hunger season” (the time before harvest when food stocks have run out) that is commonplace in many parts of the world and destroys precious topsoil, allowing it to blow away in high winds or wash away in heavy rains. If you’ve ever wondered why floods often follow droughts, look to the Somali region of Ethiopia.

In some parts of the world, drought is becoming increasingly synonymous with El Niño and is expected to happen more frequently as the earth warms.

The 2015-16 El Niño event was the strongest in history and brought a record drought to Central America’s Dry Corridor – comprised of Nicaragua, Guatemala, Honduras, and El Salvador. The result was unprecedented crop failure, hunger and migration.

While agriculture will undoubtedly suffer from the effects of climate change, the sector is also under increased scrutiny for its contributions to global warming through greenhouse gas (GHG) emissions.

By some estimates, agriculture and food systems account for one-quarter of global GHG emissions through:

Increasingly, GHG emissions from food loss and waste are also capturing headlines. Globally, $1 trillion in food is lost or wasted each year. All told, if it were a country, food loss and waste would be the third-largest emitter in the world behind China and the United States.

It is an undeniable fact that global conflict is on the rise. Today, more countries experience violent conflict than at any time in the last three decades, and more people are displaced from their homes because of violence, conflict and persecution than any time since the Second World War.

As a result, conflict is the single-largest driver of hunger today. But conflict, especially in places where we work, is often driven by environmental factors and disputes over control of critical natural resources like land and water.

Preparing for Risk and Building Resilience

In Zimbabwe, WFP’s Food for Assets initiative has improved harvests by strengthening infrastructure and improving sustainability. Projects include irrigation, land terracing and soil and water conservation and land r

Climate change poses existential threats to humanity’s economic, political and social future. Addressing the effects it has on our global food system is not only an environmental challenge, but a human development imperative. Failing to do so may push millions of people further into hunger and fuel global instability.

The U.N. World Food Programme and other humanitarian organizations are helping vulnerable populations prepare to face these climate risks, building more resilient, stable populations along the way. To learn more about our work on climate change and support these lifesaving programs, visit our climate change hub.

Chase Sova is senior director of public policy and thought leadership at World Food Program USA. He is also a non-resident senior associate with the Global Food Security Program at the Center for Strategic and International Studies (CSIS) in Washington, D.C. To read his full report on Climate Change, Food Security and Humanitarian Emergencies, click here.