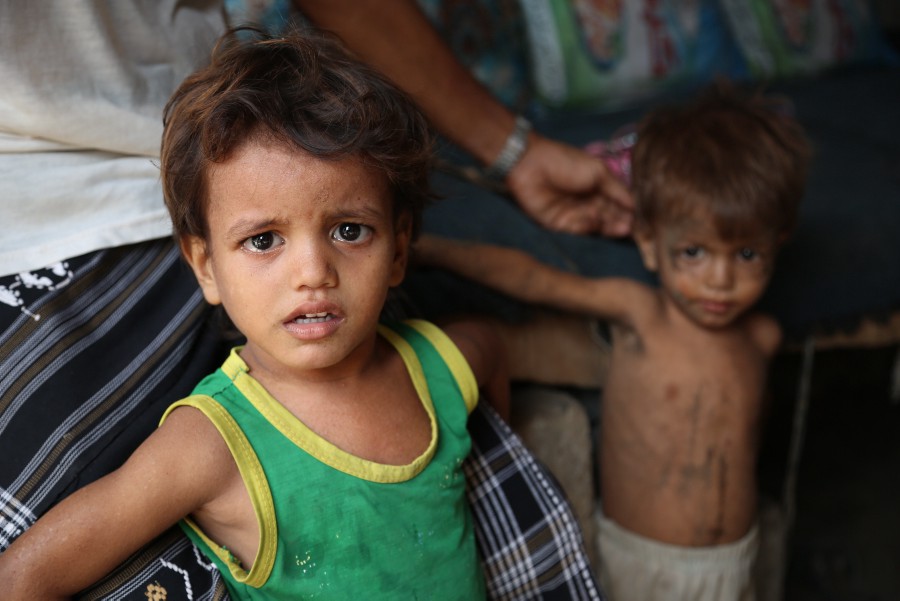 Over the past year, the World Food Programme (WFP) has doubled its efforts in reaching the most vulnerable people in the country, wherever they are. This race against time to avert a dreaded famine has been recorded throughout by WFP. These pictures from Yemen tell the story of a country that is not yet out of the woods. WFP/Marco Frattini
Walid’s oldest daughter, 10-year-old Sondos, looks up at him in awe despite his inability to provide for his family most days.

The conflict in Yemen has displaced three million people. Walid, is a law school graduate who has been displaced from his hometown Taiz where conflict is quite intense. Like millions of public employees, he has not received his salary since September 2016. With an erratic income working as a taxi driver, the family relies on their monthly food ration — one of the few certainties in their lives.

“We’ve been through some rough months, we had nothing in the house — no furniture, no food and no money,” he says. “Sometimes I would stay late for work and when I come home…I never wake them up. If I wake them up they would say they wanted to eat dinner,” he says. WFP/Reem Nada
Amir, 3, is one of five children and his mother is expecting another child. The family has stayed in their home but lost almost their entire income because of the conflict.

Those who stayed in their homes have also lost their incomes. Amir’s family have next to nothing. His father, the sole earner, is a fisherman who is now unable to go on big fishing boats as the conflict is too close to the coast of Hodeidah where they live.

Without food assistance, more than eight million are in imminent risk of falling into full-fledged famine. The World Food Programme (WFP) has increased the number of people it provides monthly food assistance for to reach more than 7.5 million.

The typical WFP monthly assistance in Yemen is 50 to 75 kg of flour, five to ten kilograms of beans and around four to eight liters of oil. This might seem like nothing to someone living in abundance, but if you make around US$40 a month or less — this monthly stock costs one third of your entire income. WFP/Reem Nada
Sanaa, 2 years old, and weighs only 5 kg. She suffers from severe malnutrition and cannot even walk; she could barely sit through her examination at a WFP nutrition centre in Hodeidah’s Al Thawra hospital.

Close to two million children in Yemen are malnourished and 400,000 are severely malnourished and fighting for their lives each day. If they survive, the damage severe malnourishment would have caused to their health and development is irreversible.

WFP is working on preventing children from reaching the point of no return by providing specialized nutritious products to prevent and cure malnutrition among children. 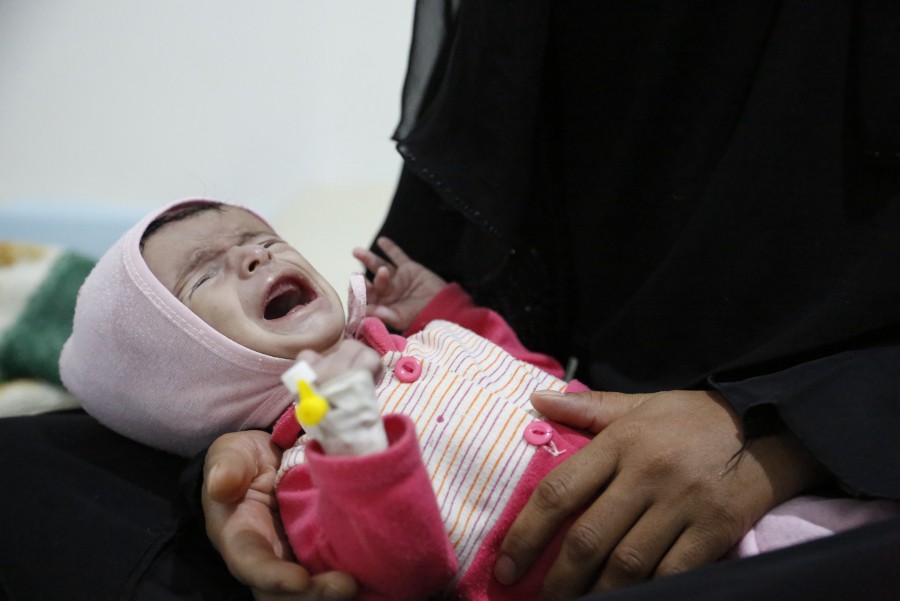 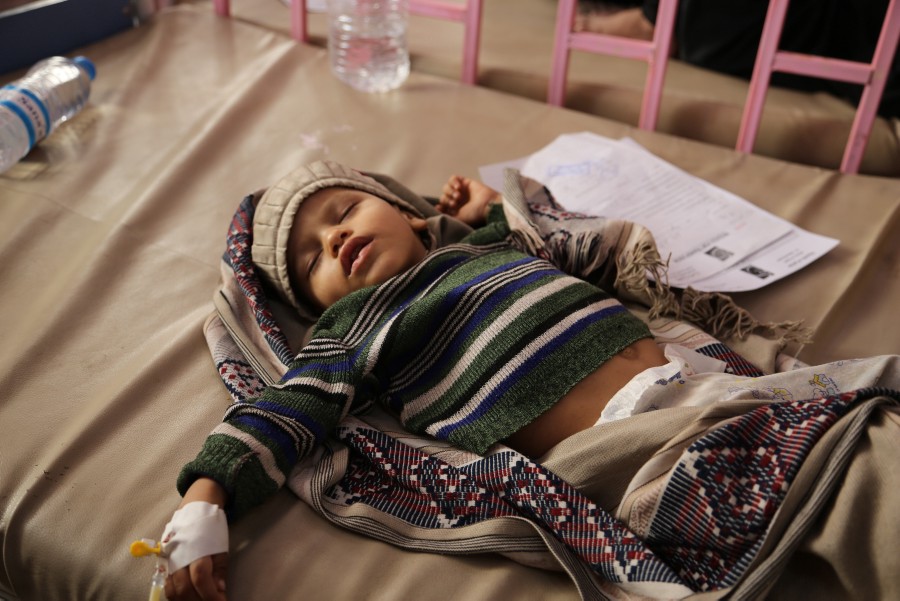 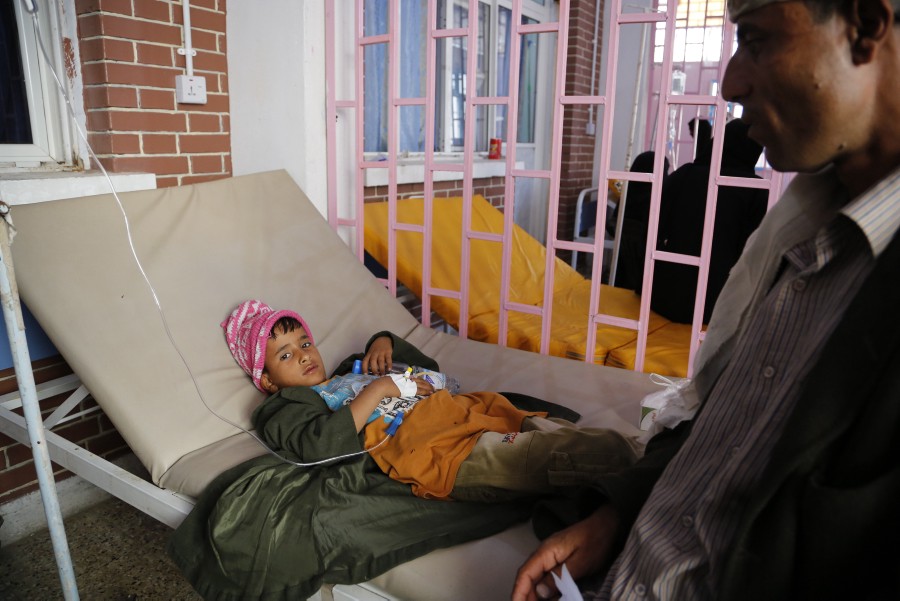 Conflict in Yemen does not mean only hunger and poverty: With crippled infrastructure, sanitation and health systems the country is also plagued by disease. Although the number of cholera infections declined over the past 20 weeks after suspected cases had hit the 1 million mark of associated deaths more than 2,000 people, the coming rainy season threatens the country with a new outbreak. Food and nutrition is essential if the young and the weak are going to fight disease.

This year, Yemen is bracing itself for yet another disease, diphtheria. With more than 1,300 suspected diphtheria cases reported to date, a full-blown outbreak would further compound the humanitarian crisis Yemen is facing. 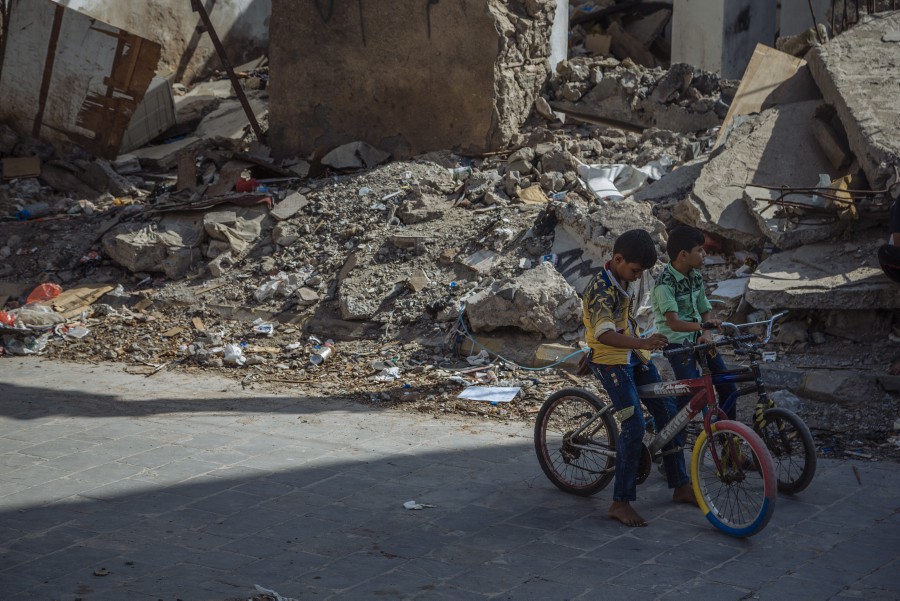 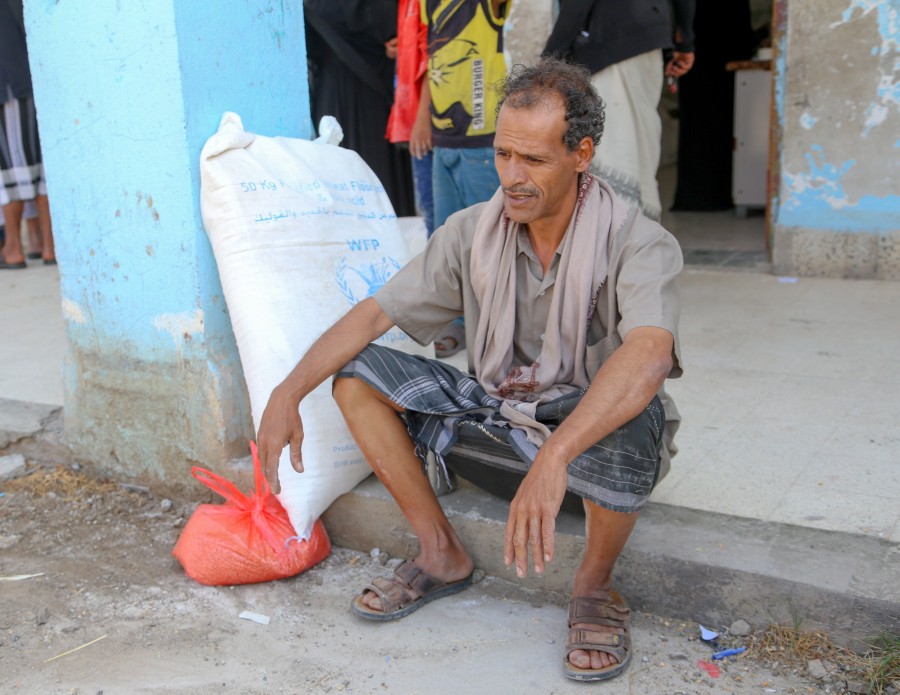 Destruction, disease and persistent hunger continue to loom over Yemen in 2018 as it enters the fourth year of a conflict that has left its mark on the face of the country and its people alike.