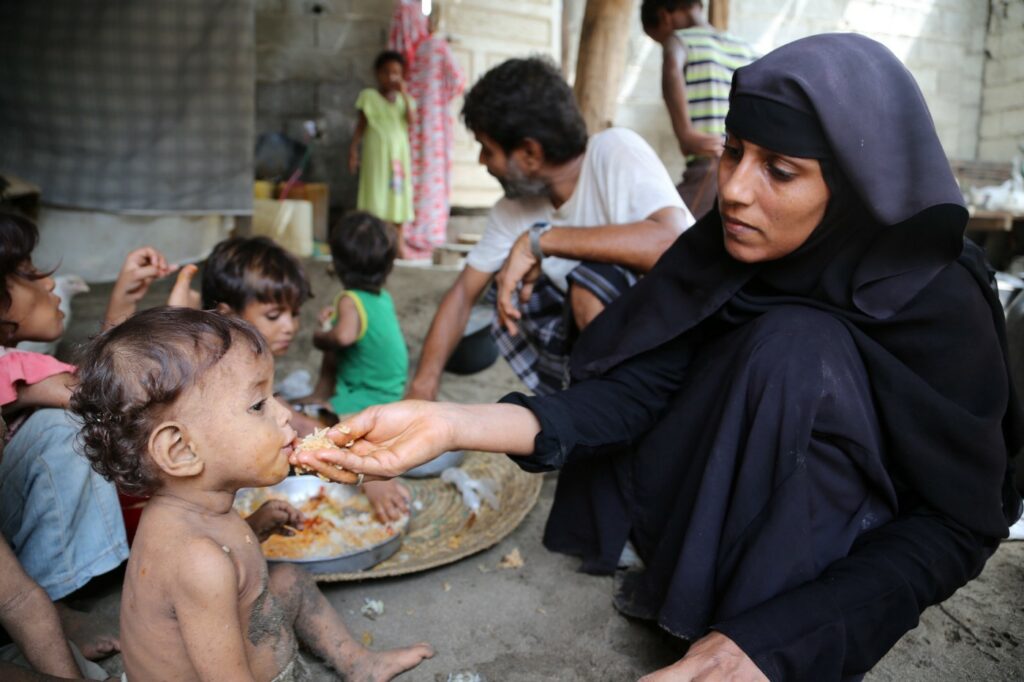 COVID-19: ‘Children on the Frontline’

Nitesh Patel is worried. And he’s worried about Yemen and Sudan in particular. Should COVID-19 get a foothold in either of these countries, the nutrition adviser — based at the World Food Programme (WFP) Cairo Regional Bureau — says the consequences will be catastrophic. In February, WFP delivered 14,000 metric tons of food to 2.2 million of Sudan’s population of 40 million.

“Malnourished children under 5 whose immunity is compromised by infections and other medical complications are on the frontline,” he says. “Their parents by default are then at high risk of contracting the coronavirus.” 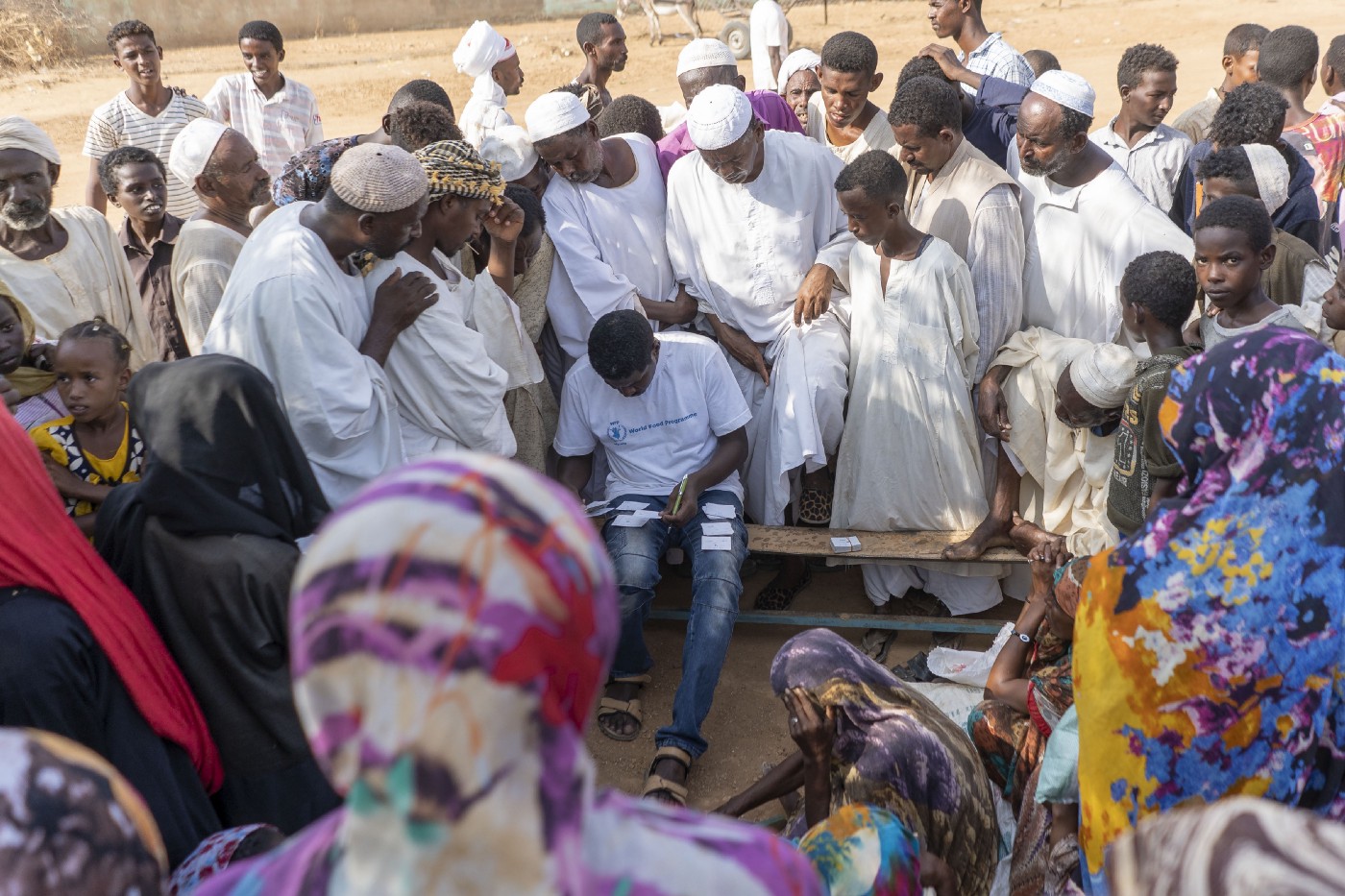 The incidence of diarrhea and acute respiratory infections — with “flu-like symptoms, coughing, bronchitis” — is high. Prevention, he says, is key, and this requires communicating clearly that taking precautions is a matter of saving lives. People have to be made aware of hygiene and social distancing measures — especially in waiting areas.

Then there is another challenge: children with acute respiratory infections must be identified and prevented from mixing with others, to receive treatment separately.

Having worked in India before he joined WFP 15 years ago, and witnessed the responses to the SARS epidemic and the arrival of Ebola in 2014, Nitesh is keen for this pandemic to be seen for what it is — “a medical emergency,” and for the focus to be on saving lives. 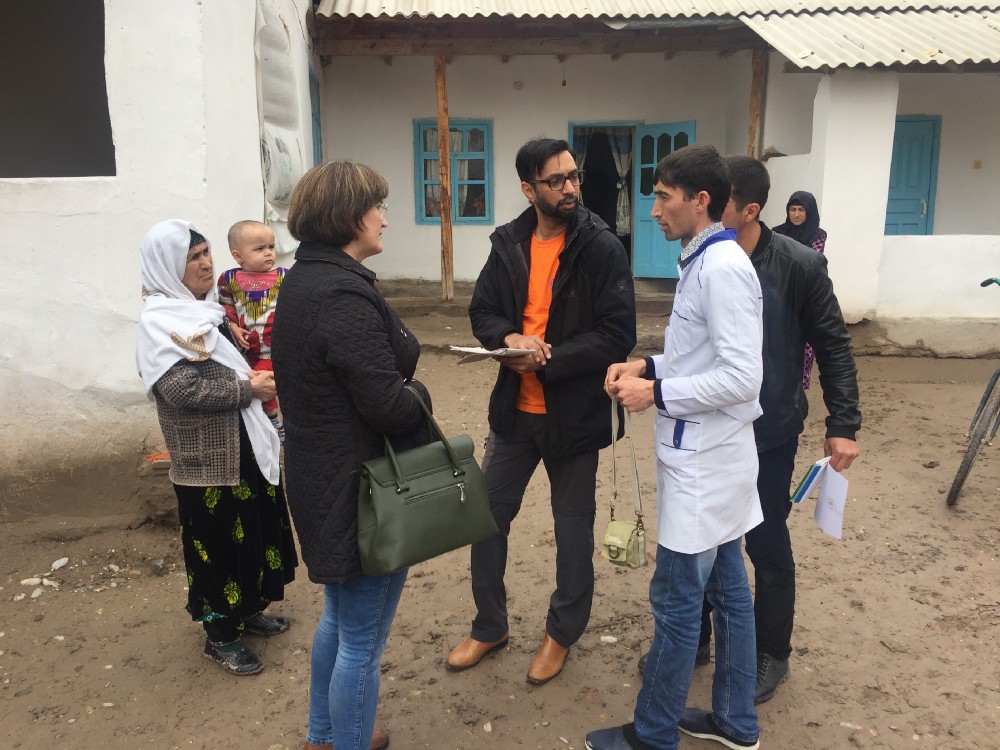 Nitesh during a nutritional assessment in Tajikistan in 2018.

“We need to go fully fledged on this as a medical emergency to protect the most vulnerable people we serve,” he says.

Yemen, he adds, is also fertile ground for COVID-19, for it is “one of the top countries for lack of water, with high rates of diarrhea.” Messages about “washing hands 10 times without giving any means to wash hands” are futile, he says. 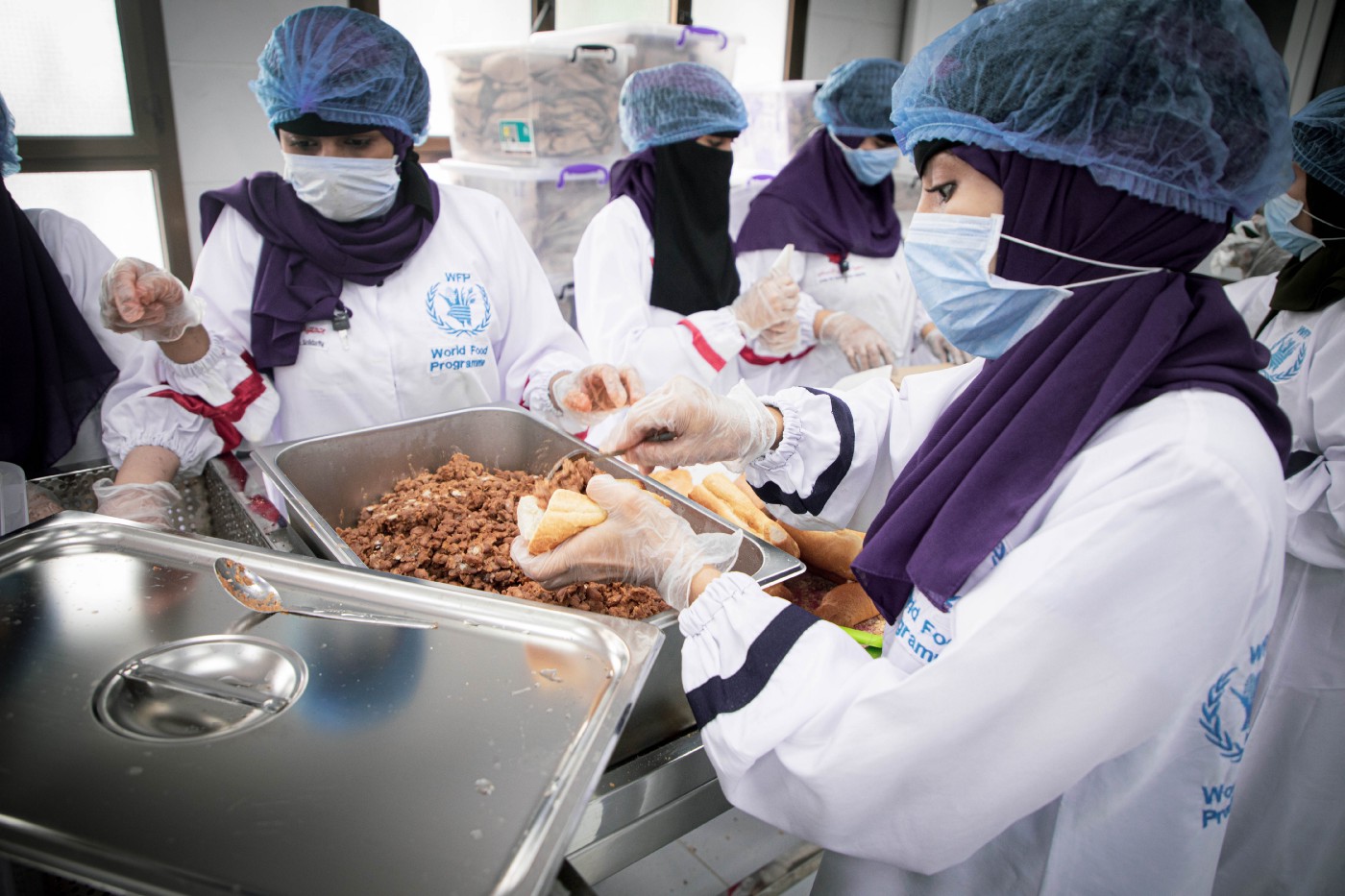 The country — where WFP assists 12.84 million people, nearly half the population — also has the problem of “very different climatic zones, with mountains and cold weather, where kids are often sick with acute respiratory infections.”

For five years now, the country has been beset by “a complex civil conflict,” says Nitesh. “Once COVID-19 cases are recorded, it will be very difficult to break that chain.”

No time can be wasted educating people about the disease, he adds.

“I was in Liberia when the Ebola outbreak started [in 2014],” says Nitesh. “The community was not convinced that this disease was a fact. They were continuing with the tradition of cleaning dead bodies, rituals they were used to. They were not taking it seriously — we saw massive deaths because of this lack of community understanding.”

The good news is that WFP is well placed to shift the understanding of the threat that COVID-19 poses, he says. “We operate deep in the field — we know every beneficiary and community leader. Let’s use that, with brief and concise messages so that people understand what is at stake.” 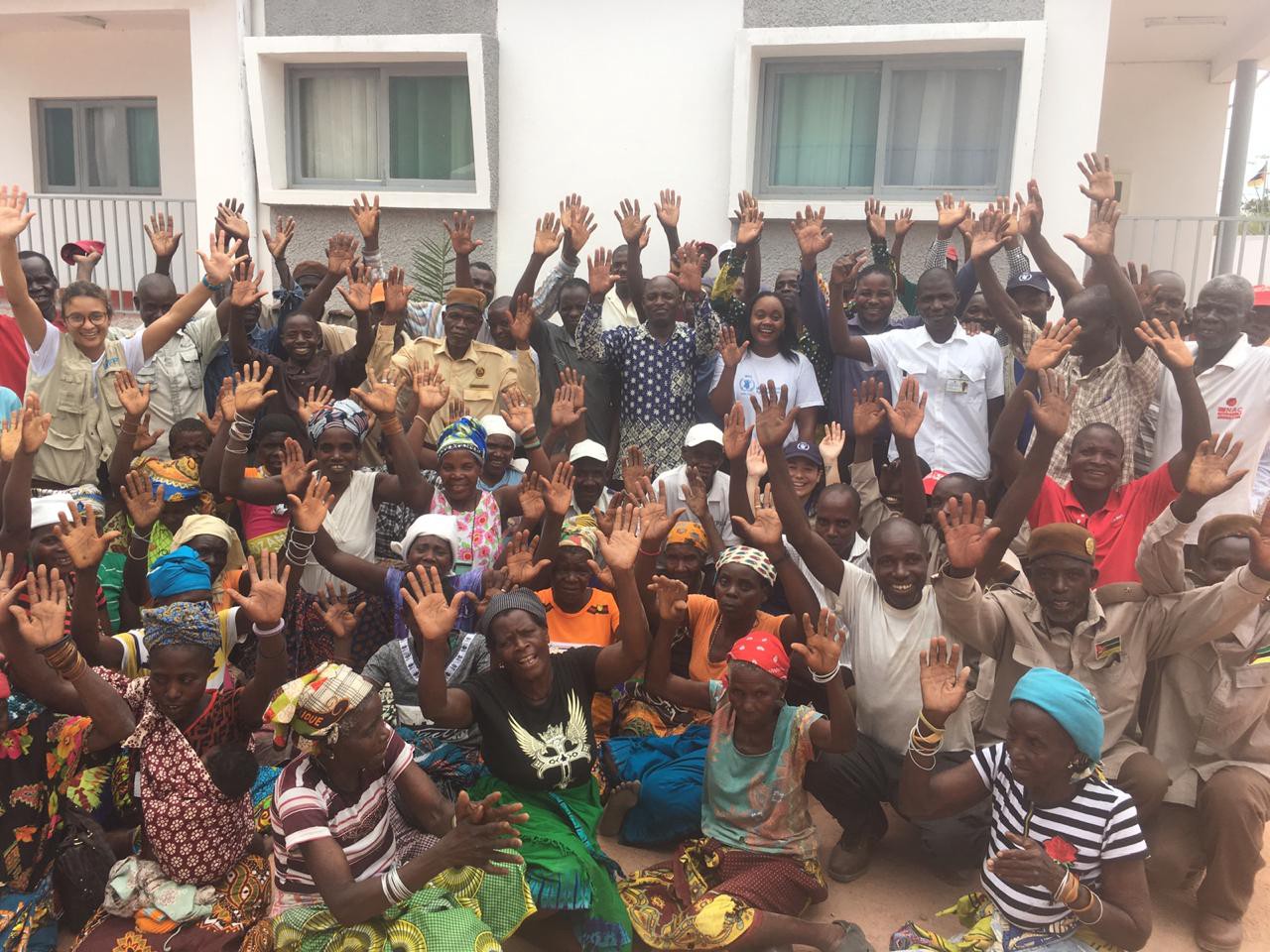 Community leaders: Rose, back right, waves in a white T-shirt in Chemba District, Mozambique, at a WFP-funded nutrition project, in November 2019.

Over in Johannesburg, Rose Craigue, a nutrition adviser in WFP’s Regional Bureau there, agrees. “When you have something like COVID-19 happening, it makes a bad situation worse,” she says. “This is a region where people are afraid of diseases that are contagious — [have been] for many years.”

South Africa has the highest number of people living with HIV, and a huge tuberculosis problem — while WFP does not distribute food there, the country supplies much of the food that is distributed in other countries in the region such as the Democratic Republic of the Congo (DRC), “so whatever happens in South Africa has huge implications.”

“COVID-19 could lead to an increase in food prices,” says Rose. “In places where half the population cannot afford nutritious food, disaster looms.” 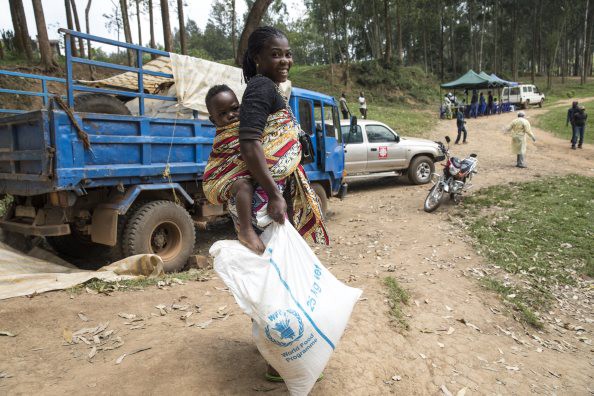 “If you make the food less affordable, that’s going to drive up malnutrition rates and in a country like DRC, with high wasting and stunting figures, that’s a tipping point.”

Rose adds: “Even as we are trying to contain COVID-19, we should keep our borders open for goods. How else are we going to feed the people?”

With regard to stemming the spread of the coronavirus, she says it’s important to look to offer people a three-month supply of food, but this can only happen with increased resources and investment.

“We don’t want people to gather a lot [in groups]. If you give people food for three months then they won’t come back for three months, reinforcing the social distancing.”

Rose says Italy and the United States are struggling to handle the pandemic — so what hope is there for countries such as DRC, with “very weak health systems”.

As well as protracted, ongoing conflict, she says, DRC is a country that has struggled to contain Ebola. “This is a system that’s already strained.”