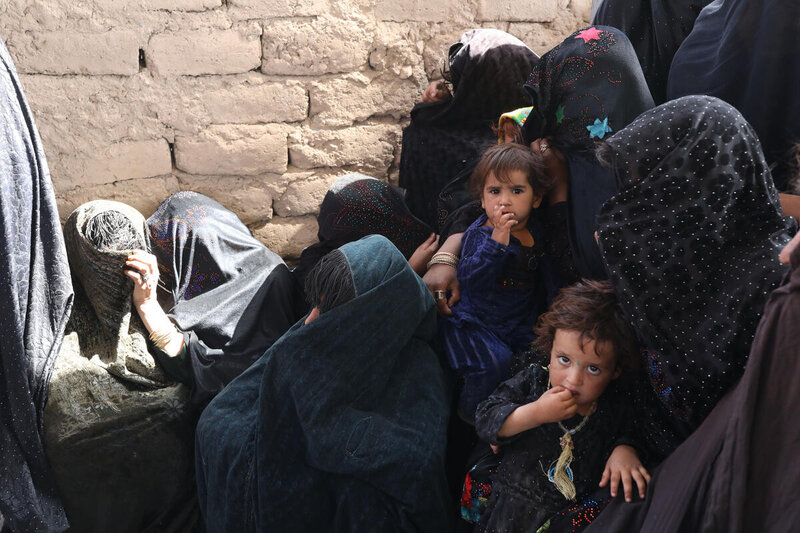 Conflict ravages countries in countless ways. And it’s the number one cause of hunger in the world, tearing families, communities, infrastructure, food systems and entire regions apart.

Let’s talk about six of the most devastating conflicts going on in the world today and how they’re pushing an unprecedented number of people into severe hunger. We’ll also see what the United Nations World Food Programme (WFP) is doing to fight back against the rising tide of starvation in the toughest places on the planet.

The war in Ukraine is the latest conflict to erupt. It has caused over a million refugees to flee the country and created a new humanitarian emergency in Europe.

However, Ukrainians sadly are not unfamiliar with conflict. In 2014, Russia invaded and annexed Ukraine’s Crimean Peninsula. The move started an eight-year conflict that came to a violent head just last week. Russia invaded Ukraine on February 24, 2022 and the violence has resulted in destruction, casualties and hundreds of thousands of displaced people. 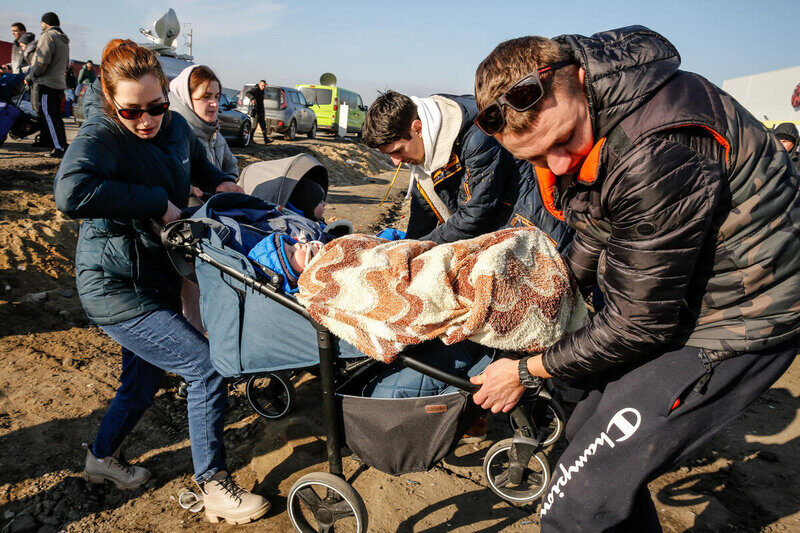 A Ukrainian family reached the Polish border town of Medyka on Saturday, February 26.

The U.N. World Food Programme worked in Ukraine from 2014-2018, providing cash and food vouchers to over 1 million people. Now, we have returned to begin emergency operations for the current war. Food relief will be delivered to hungry families inside of Ukraine along with people fleeing to neighboring countries.

Learn more about our work in Ukraine and donate today to help support Ukrainians.

Afghans have suffered through so much: decades of civil war, foreign interventions, insurgency, a rapidly changing climate, and widespread political and economic insecurity. Here’s a quick overview of an incredibly complicated, complex situation:

In the 1980’s, Afghans suffered a violent fallout from local guerilla groups mounting an opposition to government forces. After the withdrawal of Soviet forces in 1991 came a brutal civil war that led to the formation of the Taliban and their expanding rule. After 9/11, a Western coalition targeted the Taliban and al-Qaida, waging a war that lasted more than 20 years. When the U.S. withdrew its troops from the country in August 2021, the government quickly collapsed and the Taliban regained power.

This recent upheaval has thrown the lives of Afghan families into turmoil and uncertainty yet again. Decades of conflict — combined with the impacts of climate change, gender inequality, economic instability and the COVID-19 pandemic — have caused deep hunger and suffering for Afghan communities across the country.

More than half of Afghanistan’s population lives below the poverty line and faces acute food insecurity.

Conflict has cut off entire communities from livelihoods and access to services. And on top of the millions of refugees, hundreds of thousands of people have been internally displaced within their country’s borders and have nowhere to turn.

The U.N. World Food Programme has been on the ground in the country since 1963, and we’re still serving all 34 provinces in Afghanistan, pulling communities back from the brink of starvation. We work with local and regional partners to make sure food and other aid reach the most vulnerable, displaced and conflict-affected communities — from massive refugee camps to isolated villages. We’re also working to strengthen the long-term resilience of Afghans, focusing on women and supporting local economies.

Learn more about our work in Afghanistan, and donate to help feed families and save lives across the globe.

You can help send food to hungry families suffering from conflict.

Conflict in Ethiopia has been equally complex and drawn out. Between decades of fighting with neighboring Eritrea, internal power struggles and nearly two years of devastating civil war raging in the region of Tigray, Ethiopians have been forced to face war after war.

The conflicts have exacted a devastating toll on civilians. Communities are continuously caught in the middle — killed, displaced and pushed into starvation as conflict blocks aid and cuts off communication. The violence has also wreaked havoc on health facilities and other infrastructure, making it that much harder for us to reach and help people. 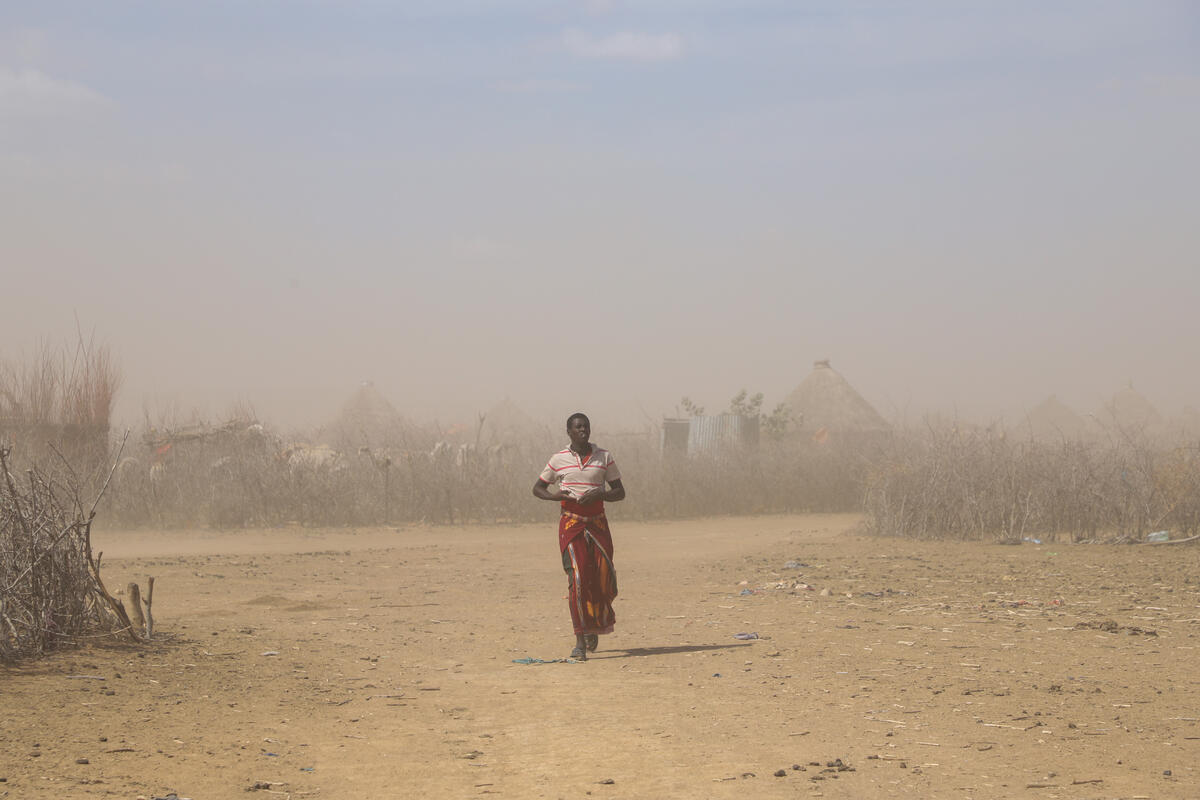 Combined with drought, failed harvests and flash floods, extreme hunger is increasing in the north and fighting is stopping food production. On top of it all, Ethiopia is home to the second largest refugee population on the African continent, hosting nearly 800,000 registered refugees from Eritrea, Somalia, South Sudan and Sudan.

When things seem the most dire, the U.N. World Food Programme is there. We’re working to provide food aid in the face of conflict and doing everything we can to help communities build resilience to all kinds of shocks including extreme weather events and outbreaks of violence.

We’ve even partnered with singer, songwriter and record producer Abel Tesfaye, better known as The Weeknd. The son of Ethiopian immigrants to Canada, Abel donated $1 million to World Food Program USA in support of our work in the country (the equivalent of 2 million lifesaving meals) and even joined us as a Goodwill Ambassador.

“My heart breaks for my people of Ethiopia as innocent civilians ranging from small children to the elderly are being senselessly murdered and entire villages are being displaced out of fear and destruction. I encourage those who can to please give as well,” he said.

Learn more about Ethiopia and help send food to families facing hunger across the globe.

South Sudan’s declaration of independence from Sudan in 2011 turned it into the world’s newest nation. It also ushered in an era of violence that continues to this day.

The South Sudanese Civil War — a multi-sided conflict between government and opposition forces — put communities through nearly a decade of violence, poverty and hunger. Despite multiple internationally supported attempts at ceasefires and peace treaties, violence towards civilians continues.

More than 7 million people — 60 percent of the entire population — still doesn’t know where their next meal will come from. 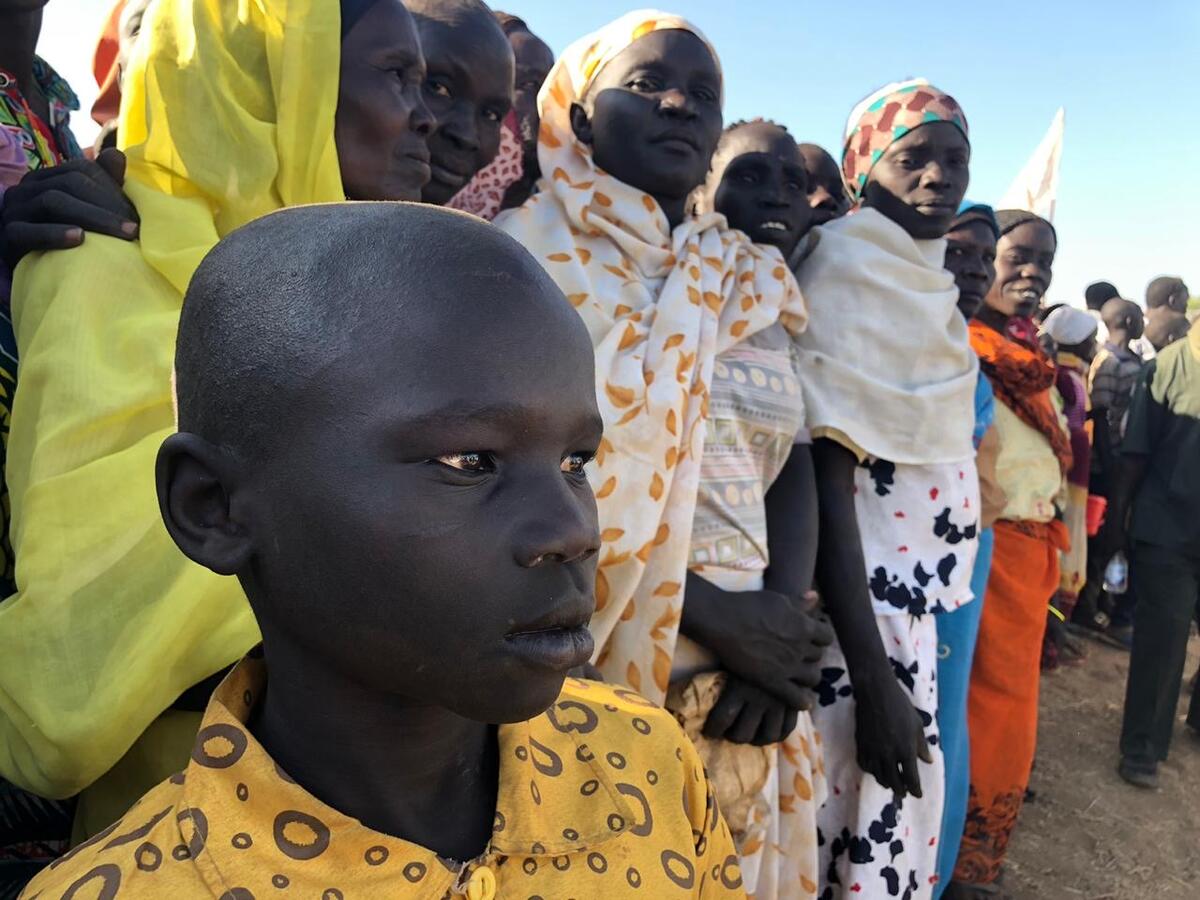 Between intensified fighting, climate-induced droughts and floods, the COVID-19 pandemic, and regular ambushes and violent raids that hinder the delivery of humanitarian assistance, South Sudanese lives are constantly at risk.

We’ve been on the ground in South Sudan since it first gained independence, providing millions of people with a lifeline of food and specialized nutritional assistance. Across the country, our food security projects have kept families alive.

Learn more about South Sudan, and donate to send lifesaving food to families in places like South Sudan and other conflict-affected areas.

It’s been over a decade of hellish conflict for families across Syria, and there are now more Syrian refugees in the world than citizens of any other country.  The ongoing civil war involves the government, rebel forces, various domestic groups, foreign countries and ISIS. It started as part of the wider Arab Spring protests in 2011, escalating each year with humanitarian atrocities, country-wide devastation and millions of civilian deaths. 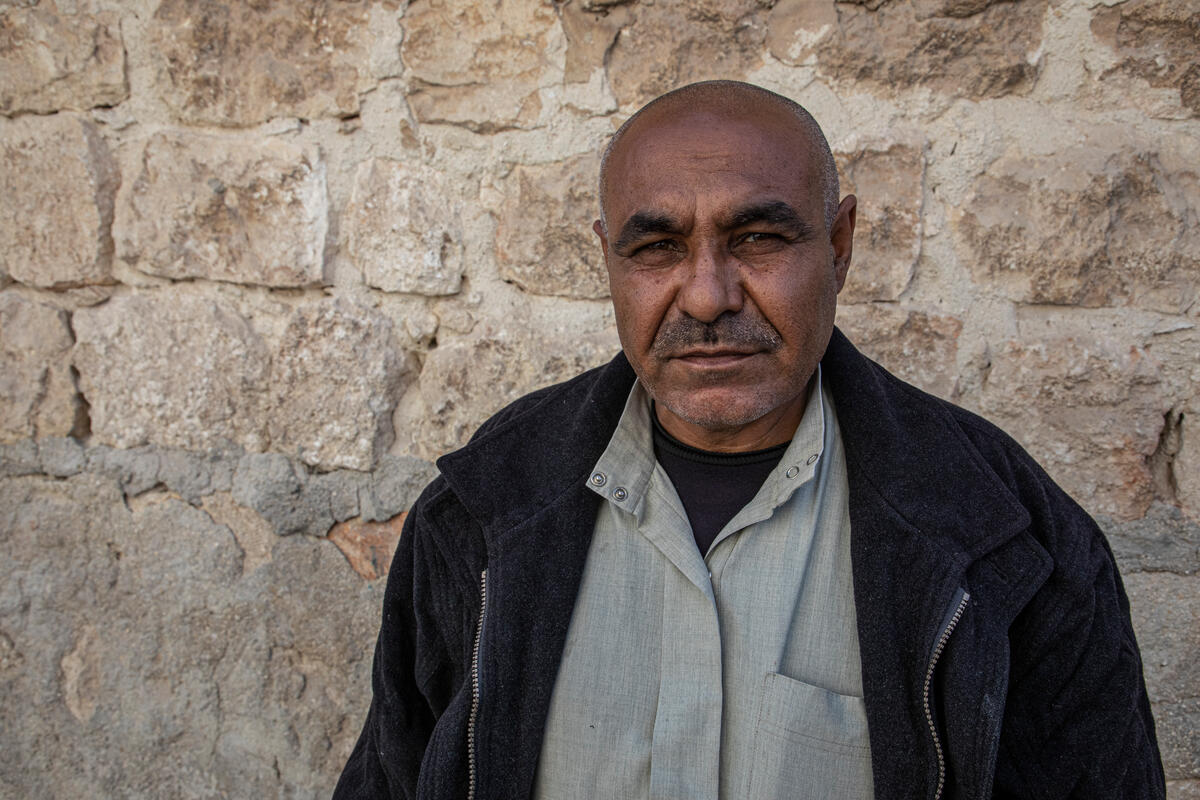 Families are going hungry in droves across Syria, and they need our help to survive.

Today, large-scale hostilities and mass displacement — especially across the north — combined with a total breakdown of the economy mean people are facing crippling levels of poverty and food insecurity.

“We are tired, worn out and now hungry too as the economic situation takes its toll,” said Hanan, a Syrian mother of four. “I have not been able to get any fresh food, dairy or eggs for my children for the last four months.”

Some 12.4 million people — almost 60 percent of the population — are hungry and don’t know where their next meal will come from. This is a 57 percent increase since 2019 and the highest number ever recorded in the history of Syria.

We’re working across the country, assisting over 5 million people every month, and we’re ramping up support for vulnerable mothers and children through school meals, specialized nutrition and more.

Learn more about what’s happening in Syria and donate to help save lives across the globe.

Even before fighting broke out in early 2015, Yemen was one of the poorest countries in the Arab world. Now, nearly a decade of war has left thousands dead and more than 4 million people displaced. Fighting between government coalition forces and Houthi rebels in the country continues to harm and displace Yemeni families.

The conflict’s impact on the country’s infrastructure has been devastating, with major overland routes and airports severely damaged. A blockade on the coast of Yemen has limited the amount of humanitarian aid entering the port. 16.2 million Yemenis are food insecure — and malnutrition rates among women and children remain among the highest in the world. 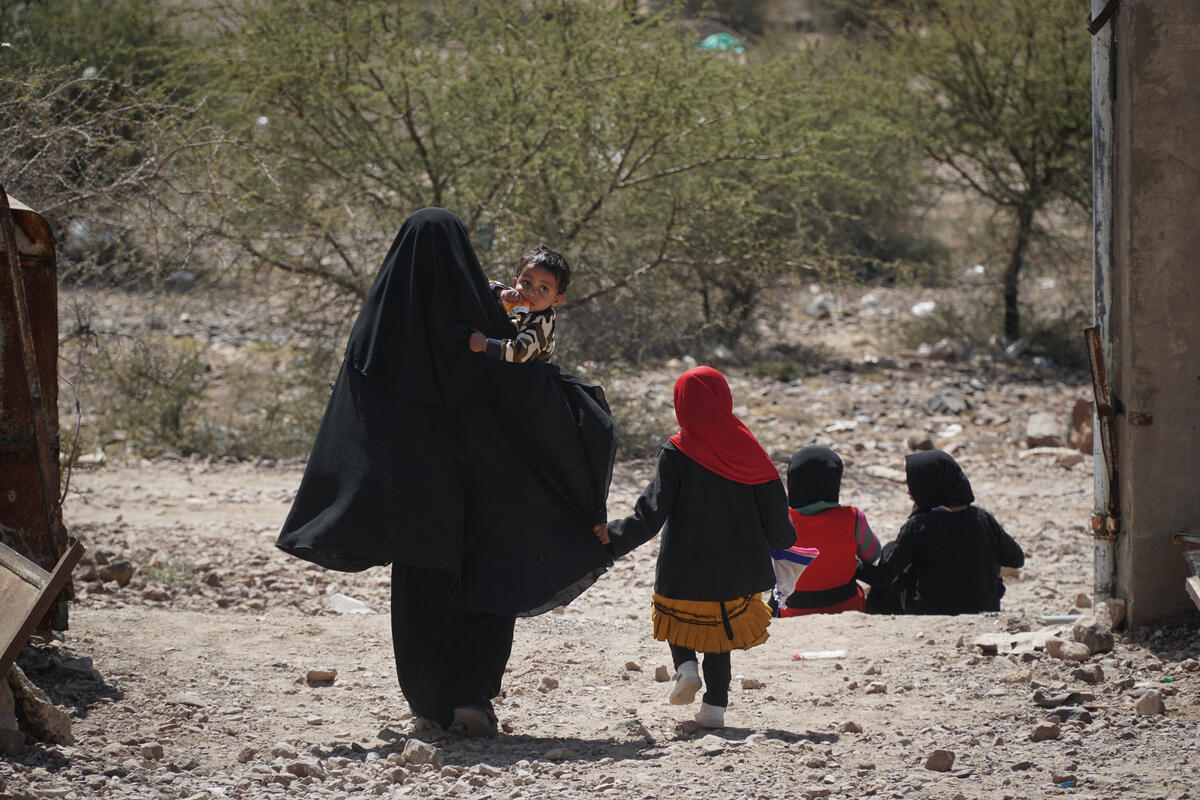 We’re doing everything we can to pull Yemeni families back from the brink of disaster. The U.N. World Food Programme provides nearly 13 million people with cash and food assistance across the country, along with specialized nutrition assistance for moms and kids. We’re also helping Yemen build a more sustainable future, working to reach and train more than 1 million people with projects to rebuild roads, irrigation systems, schools and health facilities.

Find out more about what’s happening in Yemen and donate to send food to those who need it around the world.

Food Security: It’s the Key to Peace and Stability

It’s why the U.N. World Food Programme was awarded the 2020 Nobel Peace Prize for our work to prevent the use of starvation as a weapon of war.  If we want to fight for peace, we need to fight to solve hunger. And we can’t do it without your help.

Help alleviate the suffering of people caught in conflict by sending life-saving food.