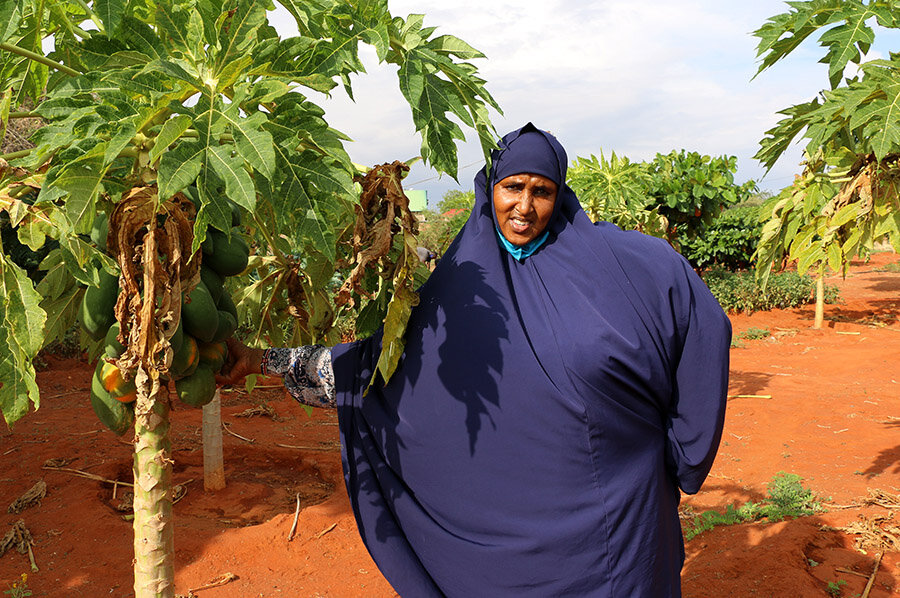 An Activist “With a Heart for Helping Other Women.” For International Day of Charity, Meet Habiba: A Farmer Leading the Charge for Gender Equality in Kenya

Ahead of International Day of Charity this Sunday, meet Habiba: a small-scale farmer in Kenya who opened up her farm up to vulnerable women in her community and advocates every day for women’s empowerment.

“My religion does not allow me to fill my stomach when my neighbor is hungry,” says Habiba. “So, I must help as many as I can with the little that I have. To me, this is sadaqah (the Islamic notion of ‘voluntary charity’).”

The 45-year-old farmer is an influential figure in Wajir, capital of Wajir County in the arid northeast region of Kenya.

The United Nations World Food Programme (WFP) is partnering with the government of Wajir County to ensure that farmers like Habiba can access the technical expertise they need to diversify their livelihoods. In Kenya, the U.N. World Food Programme assists some 390,000 people with livelihood initiatives — 51 percent are women.

A mother of seven, Habiba describes herself as a community activist “with a heart for helping other women. She is currently sheltering 14 women from hunger. Together, they form the Habiba Farmers Group.

Time for growth: Habiba on her farm in the northeast region of Kenya,  which she has opened to people she seeks to empower.

In 2000, Habiba bought just over 3 acres of farmland. She worked for a local charity sensitizing the community on issues of gender and women’s empowerment. She is determined to protect women from the abuse she’s witnessed over the years.

“In our culture, women are generally not given the recognition they deserve,” she says —  “even in this modern day.”

“In this (Somali) community, educating girls is still seen as a waste of resources,” she says. “The men will ask, ‘Why invest in her education when she will get married and leave anyway?’”

Facing such attitudes, many girls end up married early and with little or no education. They rely on their husbands for everything  —  a situation that leaves them vulnerable to abuse. Habiba’s group, formed in 2017, provides women refuge and opportunities to grow their own food, gain technical skills and earn an income.

“Group members are free to harvest produce, especially the kale and tomatoes. We grow these (vegetables) to give members healthy diets,” says Habiba.

At the end of every month, the women meet and go through the books of accounts with the help of 25-year old Farhiya, the secretary of the group.

“This farm is a sanctuary for us all,” says Farhiya Ahmed. “I am a graduate, but I haven’t found a job —  Habiba brought me here to help keep records. It keeps me occupied and I earn some money.” 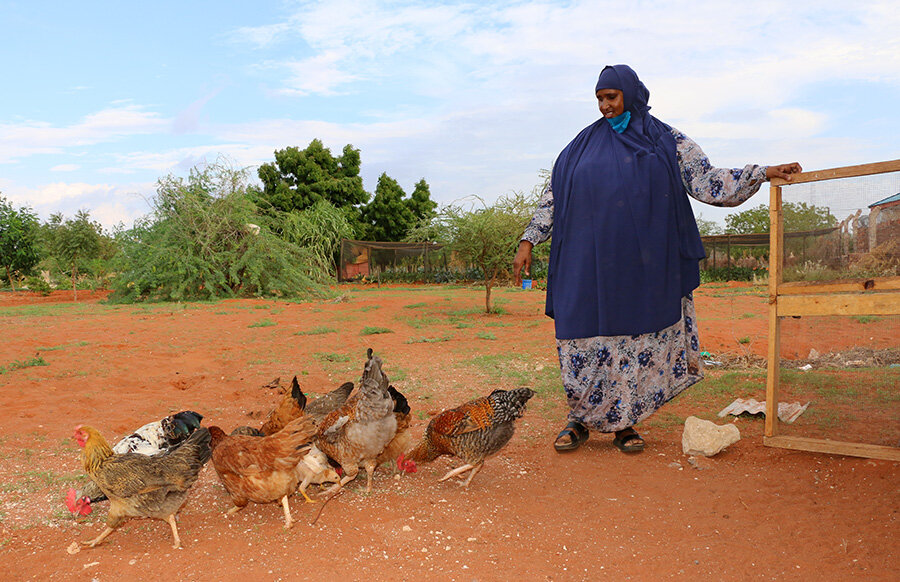 Good cluck: Habbiba wants to start a hatchery for women.

Whatever profit is made from the sales is shared out. On average, each member takes home 5,000 Kenyan shillings ($45). Using this cash, some of the women have been able to branch out into different livelihood activities, including running small businesses. For example, six members of the group have opened restaurants using savings made from Habiba’s farm. 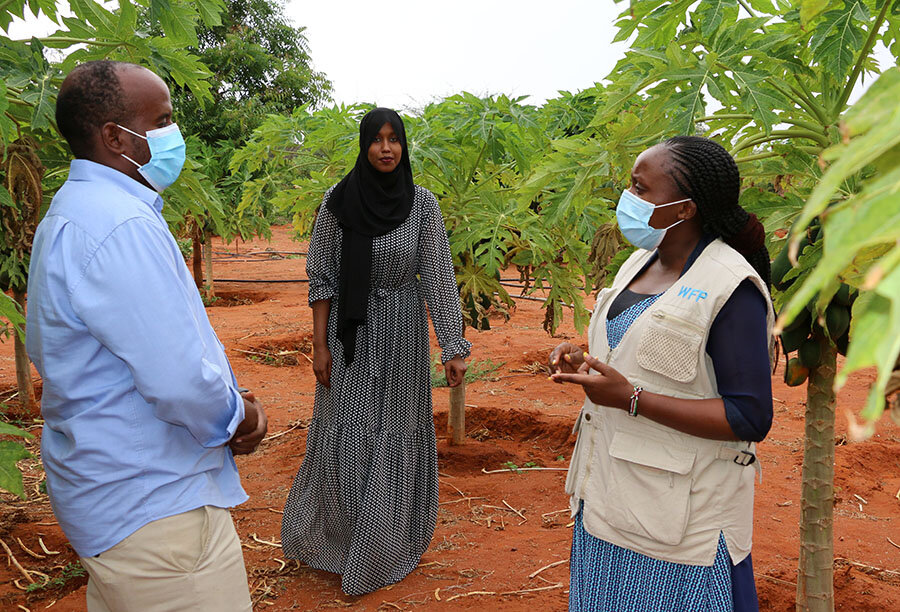 “We work in partnership with national and county governments as an enabler of development,” says Lauren Landis, U.N. World Food Programme Kenya’s country director. “Our main role is to help the government to deliver food and nutrition security for all Kenyans while remaining at hand to respond to emergencies.”

Habiba has faith that each member of the group, whether young or old, schooled or not, will flourish under her wings and eventually soar to greater heights.

This story originally appeared on WFP’s Stories in March 2021.