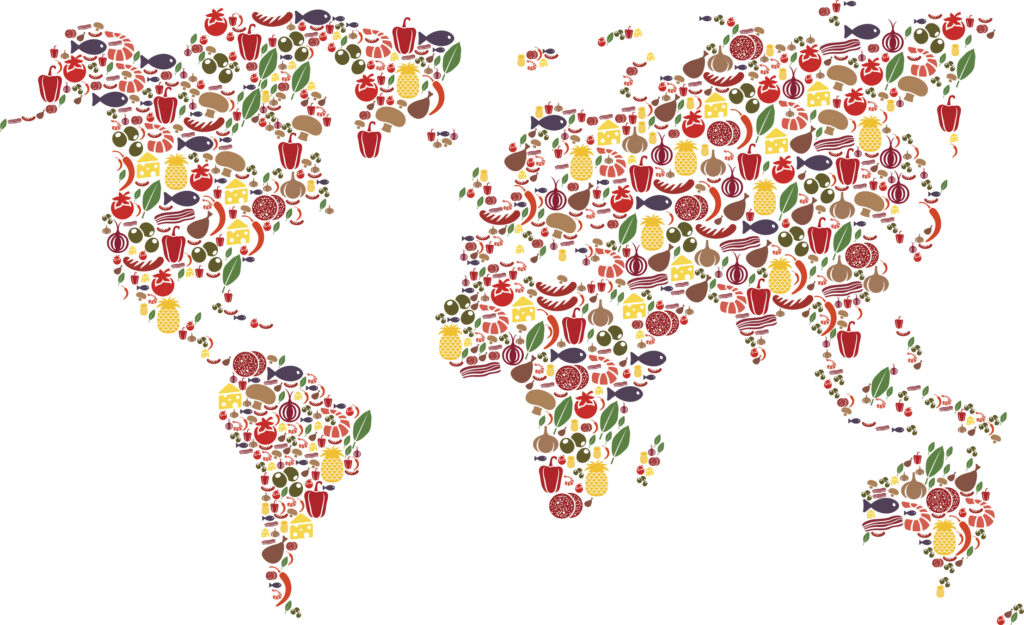 Today, approximately 54 percent of the global population lives in an urban area, and the United Nations expects that by 2050, urban dwellers will make up 66 percent of the population. With the global rise of urbanization, we are becoming increasingly disconnected from our food sources. We know that in the United States, for example, food travels 4,200 miles on average from farm to consumer. And with the explosion of the food e-commerce market, food must travel one step further to the customers’ doorsteps. The conclusion from these data is that food is going to have to travel more, to connect rural areas of food production to urban areas of food consumption. With many steps between production and consumption, there are many common misconceptions about the food supply chain, the resources it takes to produce food, and the importance of protecting resources. Dispelling some of these myths to prevent food loss and waste is one way we can take action against hunger.

Myth #1: I don’t play a part in food waste reduction.

Food waste occurs in every country, at every stop along the supply chain. Globalization has made it so that what happens in one country, or in one industry, directly impacts the others. From farming to consumption, each private and public entity, including the consumer, plays a critical role in enhancing food security and reducing food waste.

In developed nations, nearly 40 percent of food waste occurs at retail and consumer levels. A lack of consumer awareness around food labels, a move away from processed food to fresh food, and consumer reluctance to reuse otherwise “ugly” or “scrap” food are partly to blame. The typical meal prepared in the U.S. contains, on average, ingredients from at least five other countries, according to the National Resource Defense Council. Consumer demands determine what retailers offer on their shelves, which drives decision-making all the way back to the farms. At the end of the day, we are all responsible for the issue of food waste, and our individual actions can make a difference.

For many developing nations, food waste occurs even before the product reaches a processing facility, let alone the consumer. Forty percent of food losses in developing countries occur at post-harvest and processing levels. This is mainly due to the distance food must travel, inadequate storage and poor transport links to markets and processing plants. At the same time, some 815 million people are hungry globally.

Myth #2: We need to grow more food to end hunger.

The global population is expected to grow an additional 2 billion over today’s population to more than 9.8 billion people by 2050. Many people think we need to grow more food to accommodate that growth, however, we currently waste 40 percent of food produced for consumption globally. According to the Food and Agriculture Organization of the United Nations (FAO), if just one-fourth of the food currently lost or wasted globally could be saved, it would be enough to feed 870 million hungry people in the world. Therefore, it’s a top priority that the food we produce makes it to the consumer’s table before it spoils. Protecting this precious resource is an important part of securing our food supply.

Myth #3: Packaging is more damaging to the environment than wasted food.

Many people don’t realize that food packaging plays a vital role in reducing food waste and that the environmental impacts of food waste are greater than the environmental impacts of the use of packaging. While discarded food rots in the landfills, it emits methane, a strong greenhouse gas. In fact, if food waste were a country, the carbon footprint associated with the production, processing and landfill emissions would be the third largest contributor to greenhouse gases, behind the total emissions of all sources from either China or the U.S. Globally, the effect of processing the food that is wasted is equal to about 3.3 billion tons of CO2, according to FAO’s report: “Food Waste Foodprint: Impacts on Natural Resources.”

Putting food on our plates requires a staggering amount of resources. Let’s look at one example of protein. Protein is essential to meet dietary and nutritional needs. However, for every one pound of edible beef to reach the consumer, it takes more than 600 gallons of water, 1.8 pounds of grain, and 50 pounds of CO2. When we discard food, these resources are essentially wasted. When considering the energy used in the red meat production chain, meat processing itself accounts for 63 percent of energy use. Packaging, meanwhile, represents only 4 percent, and it is responsible for protecting all investments made during the production, development, processing, transport, storage, and marketing stages.

This World Food Day, and every day, we’re committed at Sealed Air to protecting our resources to ensure a future where people have access to a safe, plentiful food supply and less food is wasted. We’re committed to making that a reality. What can we do to convince the world that we each play a role in enhancing food security and reducing food waste?

Karl Deily is the President of Food Care, Sealed Air Corporation’s food and beverage packing business, and an Executive Officer and Senior Vice President of the company. Since 2006, Sealed Air—the innovators behind Bubble Wrap® brand cushioning and Cryovac® vacuum packaging—has been a proud partner of World Food Program USA and WFP.

How does food waste drive hunger?

See all the food waste facts and stats on our Food Waste and Hunger hub.

View Hub
It looks like you're outside of the United States.