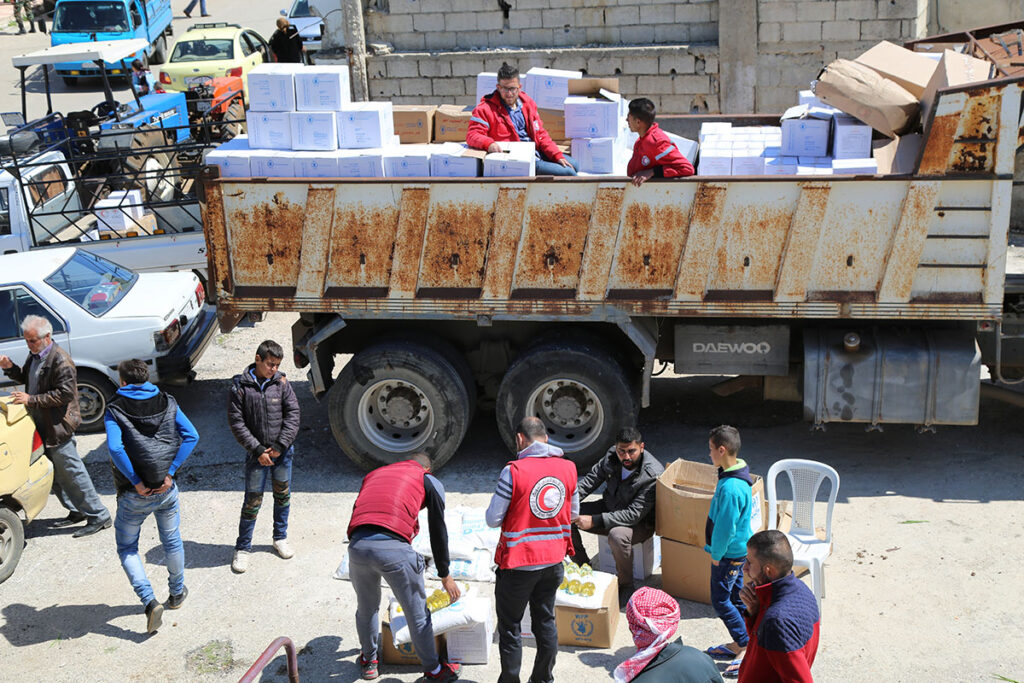 Mothers and daughters. Fathers and sons. Grandparents. Over the past seven years, the Syrian conflict has uprooted almost two-thirds of the country’s entire population—the largest proportion of displaced people in the world.

Every month, WFP delivers food assistance to more than four million Syrians inside Syria. Some live near a border with a neighboring country, others live across dangerous enemy lines—still others await food from the air, trapped in areas where humanitarian access is blocked.

When almost 25 percent of WFP’s food assistance must pass through these kind of logistical hurdles, it means the agency has to be ready for anything. A collection of recent breakthroughs in access and a continued focus on good nutrition is helping WFP staff better meet the needs of displaced families. 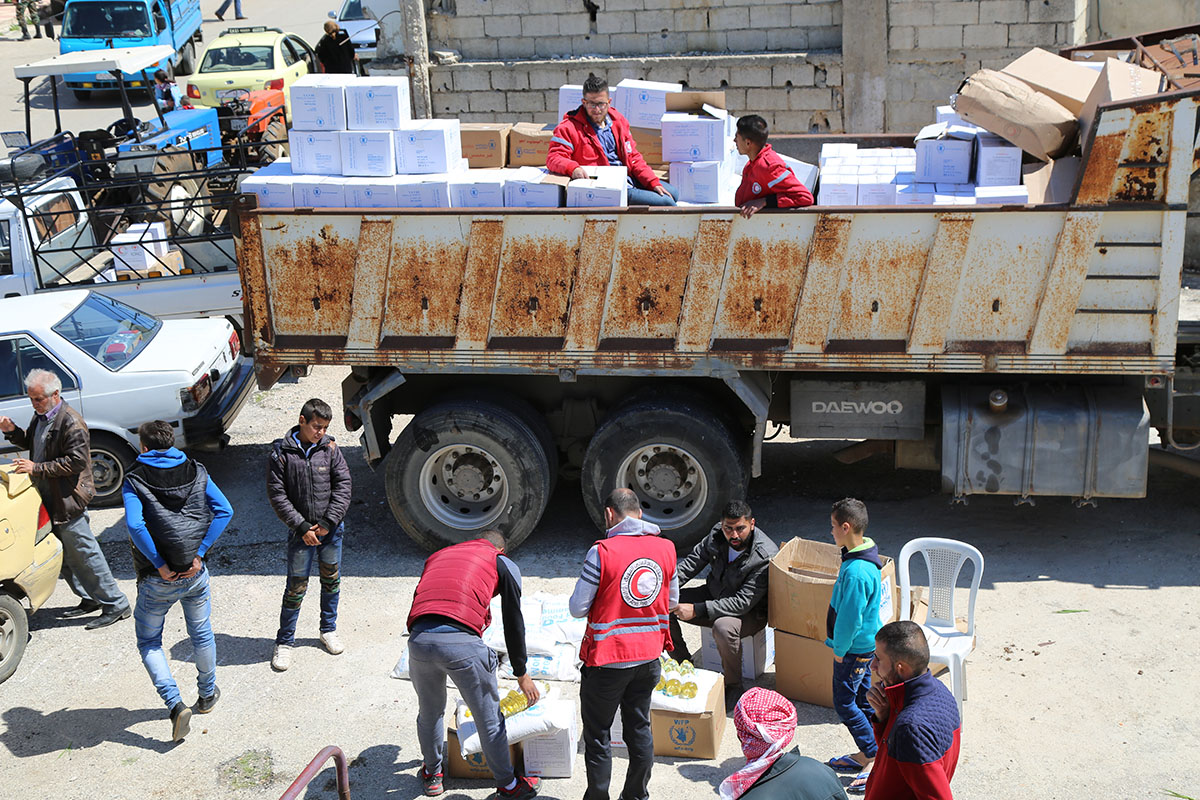 Volunteers with the Syrian Arab Red Crescent unload WFP food rations from a truck for distribution to internally displaced people.

For example, WFP re-established road access through northern Kurdish-controlled areas in June, enabling the agency to more easily reach thousands of families that are now being displaced because of ongoing military operations. In August, WFP delivered food and nutritional assistance to 185,000 people impacted by ongoing efforts to retake the ISIS stronghold of Raqqa.

“Replacing airlifts with road deliveries will save an estimated $19 million per year, as each truck on the road carries the equivalent of a planeload of food at a significantly lower cost,” said Jakob Kern, WFP’s Country Director in Syria. “With these cost savings and improved access, we are now reaching more families.”

Just last month, WFP completed its first ground delivery to Deir Ezzor city in more than three years after government forces and allies broke ISIS’ siege. This means WFP can discontinue its successful but costly high-altitude airdrop operation. Plans are already underway to continue delivering food for up to 70,000 people in need.

“Reaching Deir Ezzor by land is a breakthrough and will allow for more sustained humanitarian access to thousands of people who have been trapped there for over three years,” Kern said.

The majority of displaced Syrians are women and children. For pregnant women, nursing mothers and children under five, hunger and malnutrition can have lifelong consequences. That’s why WFP is making sure these vulnerable groups have access to lifesaving nutritional assistance.

Syrian children ride back home in a pick-up truck after receiving emergency food assistance at a food distribution.

In August, more than 150,000 children between the ages of six months and five years old received specialized nutrition products to prevent acute malnutrition. In areas where food markets are functioning, WFP provided cash-based support to more than 12,000 pregnant and nursing women so they can purchase fresh food—including dairy, meat, fruits and vegetables— from 17 retailers in Lattakia, Tartous, Homs, and Rural Damascus governorates.

WFP is also providing 500,000 school children across Syria with nutritious, locally produced date bars to help them focus in the classroom.