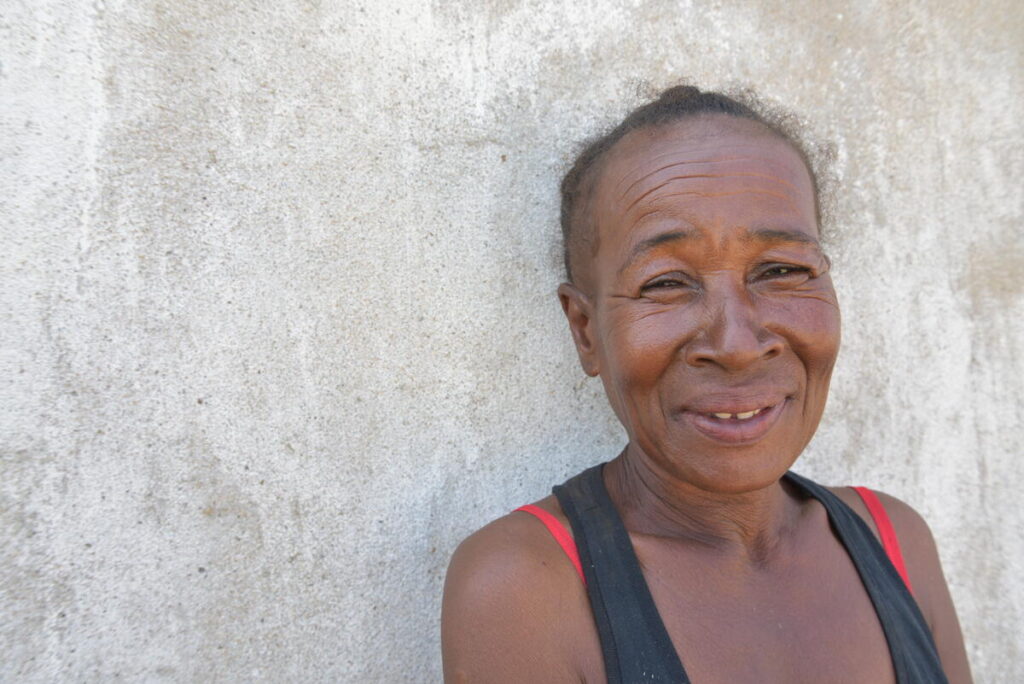 Dust in the Wind: Drawing a Line in the Sand for Extreme Weather by Fixing the Dunes

“I was living very close to the sea before,” Ranobolee said. Then the sand dunes emerged.

For Ranobolee, the sea is her life and it’s long been her only source of income. A fisher who lives in Faux Cap—a picturesque village on the southernmost coast of Madagascar, she used to live and fish very close to the coast. Soon, sand began sweeping onto the coast from dry areas inland. Houses, schools and once lush, green stretches of land were buried in sand. It engulfed entire villages, forcing hundreds of people like Ranobolee to move away from the sea or risk having their home subsumed. 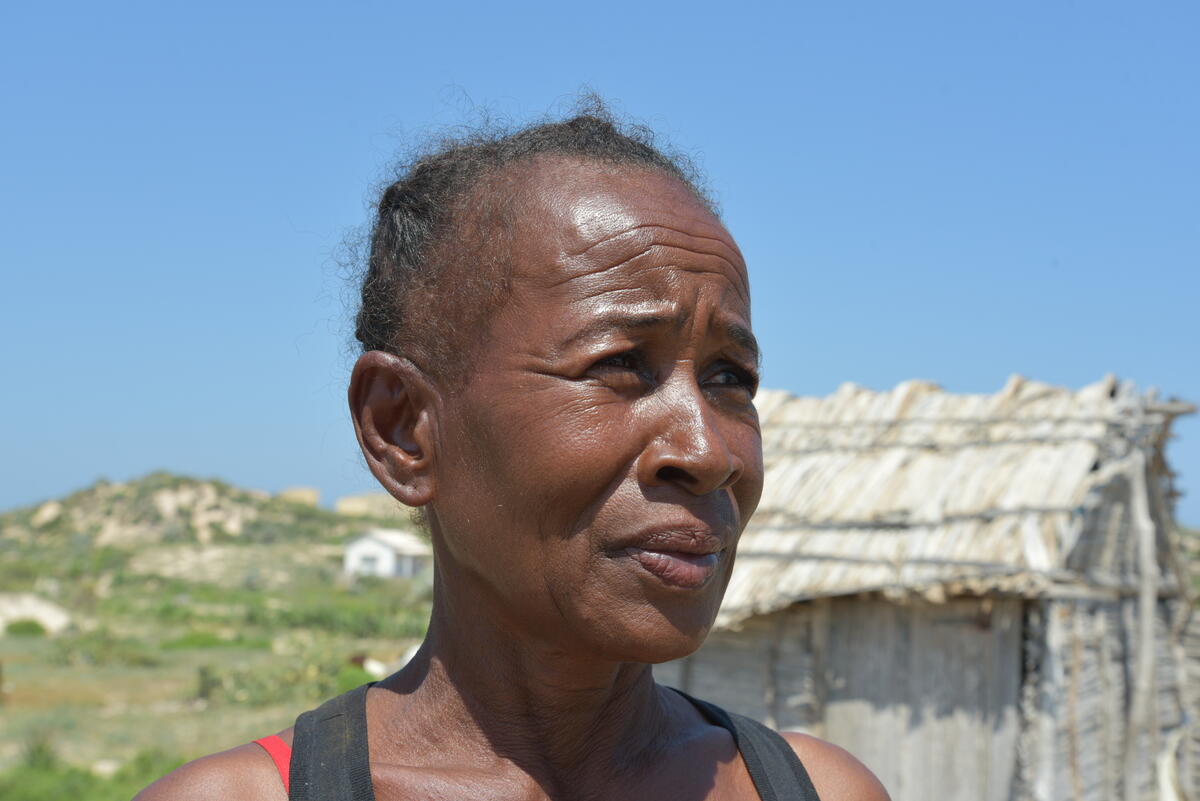 “I used to fish very close to the coast a few years ago and there were a lot of fish,” said Ranobolee. “Now, I need to go further to catch a few fish.”

Restoring ecosystems as natural shields against climate hazards is one of the best ways to protect both people and planet. It helps to reduce people’s vulnerability to the impacts of the climate crisis while also protecting biodiversity. That’s why the United Nations World Food Programme (WFP) is working with people in Ranobolee’s community on a sand dune-fixing project.

The project involves planting three kinds of flora adapted to sand and drought, whose roots sink into the sand and stop dunes from moving. The three plants used are lalanda, which retains soil moisture, sisal and filao which grow large enough to lessen the impact of wind gusts. Once fully grown, the plants can also be used to build shelters and for firewood, thus limiting deforestation. 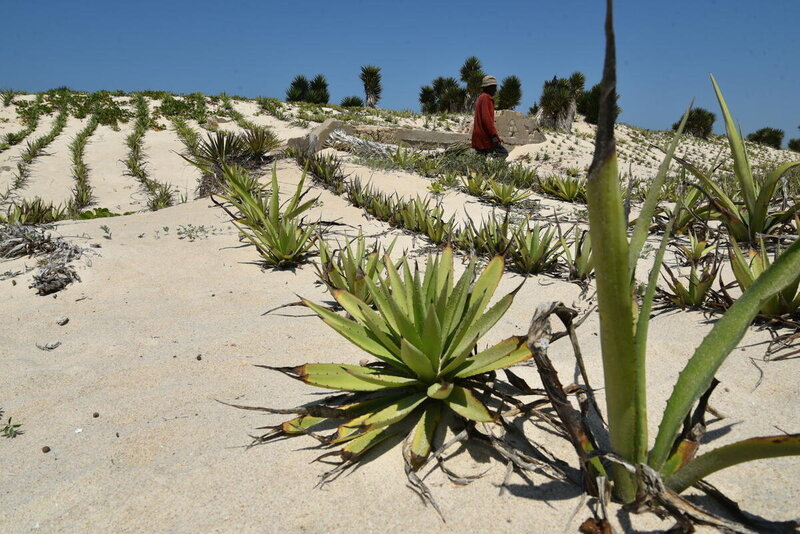 But sand and wind movements are not the only symptoms of extreme weather, worsened by climate change, in this part of the world. The sea itself is changing and fishing conditions have deteriorated. People like Ranobolee, whose livelihoods once relied on fishing, have had to switch to agriculture. 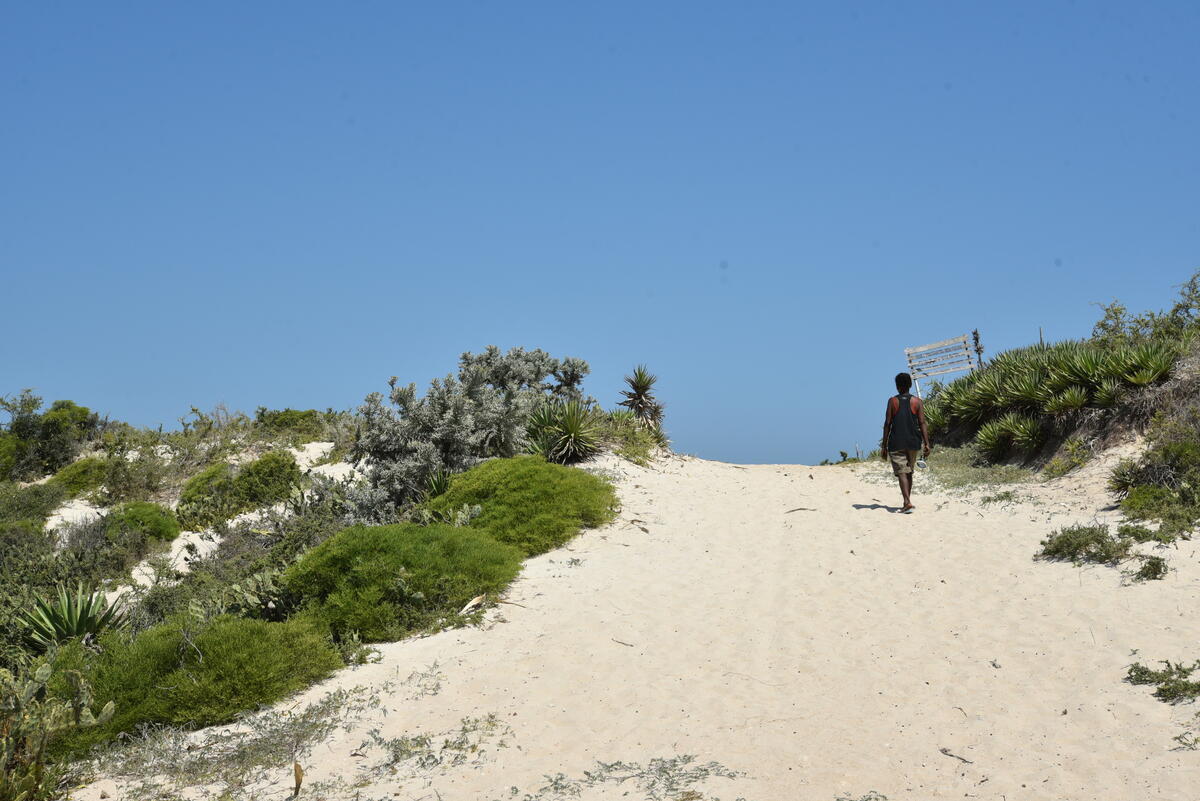 Since 2017, the U.N. World Food Programme has helped communities to fix nearly 90,000 acres of sand dunes in southern Madagascar.

Alongside these activities that help build the resilience of communities in the face of extreme weather, the U.N. World Food Programme is working closely with the Government of Madagascar to provide monthly food assistance to 1 million people through April 2022.

This story originally appeared on WFP’s Stories on December 17, 2021 and was written by Alice Rahmoun.