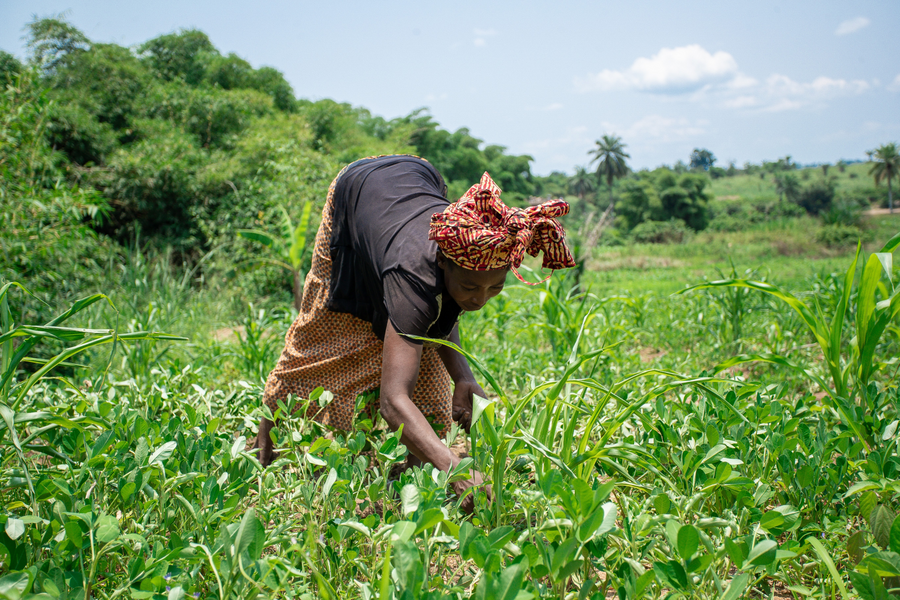 Early morning sunlight sparkles on the 136 solar panels marching across the roof of a new building in Kananga. Horns honk in the traffic below where a man pushes a wheelbarrow down the dusty street below.

The United Nations World Food Programme (WFP) humanitarian guesthouse in the Democratic Republic of Congo (DRC) is a feat of green engineering that may serve as a blueprint for similar initiatives elsewhere. 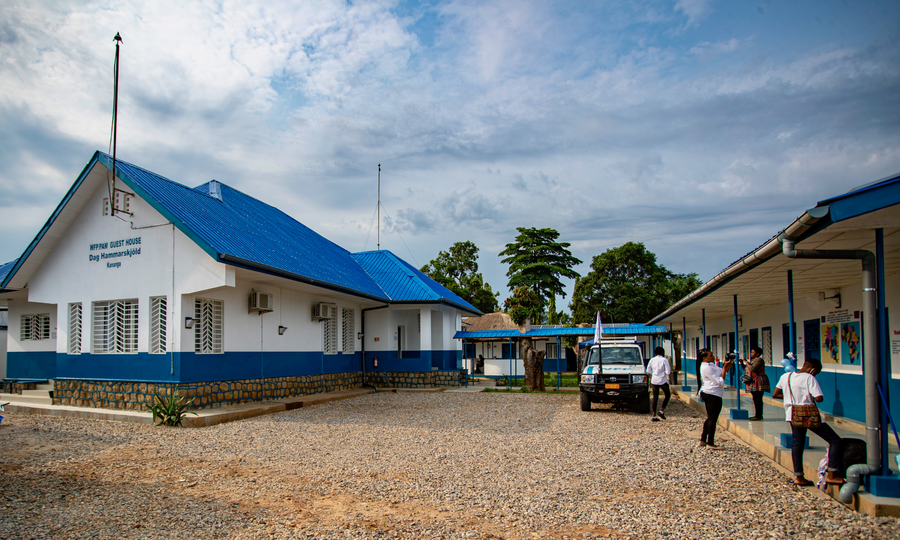 First launched in October 2021 and largely funded by Sweden, the guesthouse welcomes humanitarians from various agencies.

Its construction and maintenance have generated jobs and boosted the local economy. Most importantly, the gleaming solar panels atop the blue-and-white building offer renewable energy in a region plagued by rolling blackouts. 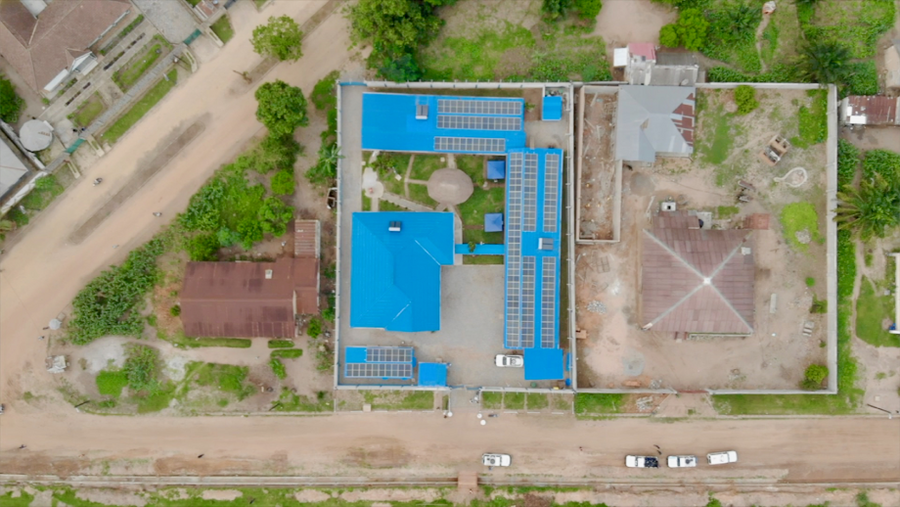 Designed and installed in partnership with a company based in DRC’s eastern city of Goma, the solar power system offers the twin benefits of investing locally and avoiding the expensive carbon footprint of flying in foreign expertise. The solar system not only powers the 12-room guesthouse, equipped with a kitchen, showers and a small gym, but also provides 24-hour battery backup.

“It’s the first time we’ve done this kind of project on such a scale in DRC,” says Callan Murray Hocking, the U.N. World Food Programme’s head of engineering in the country. “It’s a good example of what can be achieved working together with the private sector in the fight against climate change.”

“The U.N. World Food Programme’s solar system in Kananga is probably one of the best I’ve seen in the world,” says Martin Sjoholm, from the Swedish Civil Contingencies Agency, MSB, which managed the overall guesthouse construction. “If we can copy-paste this solution to fit any construction project, it could become a standard.”

Now, as the country’s south-central Kasai region slowly emerges from the especially brutal conflict of 2016-17, when 1.4 million people were displaced leaving fields fallow and hunger rife, the guesthouse also embodies bigger hopes. Namely, that the U.N. World Food Programme and its partners can shift from short-term crisis response to supporting the government in creating a vibrant and prosperous region.

Conflict aside, climate shocks, an increase of crop-destroying pests, the fallout of several Ebola outbreaks and the economic impact of COVID-19 have all contributed to shrinking food production and deepening hunger and poverty in DRC recent years.

“The work we have done to date here has helped to save lives,” said U.N. World Food Programme DRC Representative and Country Director Peter Musoko, who attended the guesthouse inauguration with local dignitaries and Sweden’s Ambassador to DRC, Henric Rasbrant.

“Now, we need to shift the dial from lifesaving work to life-changing work,” Musoko adds. “This building represents how we’re going to move forward – by working together.”

This story originally appeared on WFP’s Stories on November 10, 2021 and was written by Elizabeth Bryant.