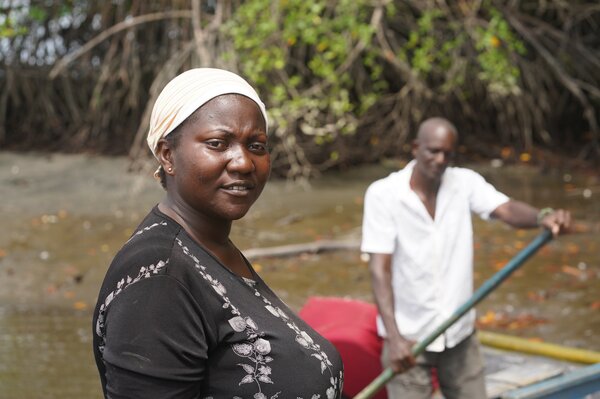 “If the Shells Disappear”: For International Day for People of African Descent, a Word on Climate Change From the Awá and Afro Communities in Latin America

Today marks the first ever observance of International Day for People of African Descent — a day to celebrate the extraordinary contributions of people of African descent around the world, and to promote social justice and inclusion. To honor this day of recognition, we’re taking a look back at the story of Elvia and how indigenous Afro and Awá communities in Latin America are on the forefront of building resilience to climate change.

The fishing boat bobs up and down, edging away from the shore towards the lush green and tentacled corridor of the tallest mangrove trees in the world, lying in the waterfronts between Ecuador and Colombia.

“I had a very beautiful childhood here,” said 24-year-old Elvia Valencia, the “conchera” or fisherwoman, sitting at the front of the boat. “We were always curious to go to the mangroves with my mum — she was so concerned with the movement of the shells.”

Elvia lives with her two children and her mother, on the Ecuadorean island of Palma Real, whose economy is reliant on fishing. For more than four generations, Elvia’s family have survived on collecting and selling small shellfish from the mangrove areas. The areas are coastal swamps lined by shrubs and small trees.

Elvia relies on selling the shellfish she collects to feed her family.

“I always reflect on that happiness,” she said. “My mum would tell us that by getting these shells ‘I can buy you something to eat and send you to school.’ Seeing her happy face when she came home also filled me with happiness. We never went without.”

Elvia removes a grey, sandy shell from her pocket and turns it over in her fingers. “I remember in those days the shells were big,” she said. “Not anymore, they’re much smaller.”

For two weeks in October 2018, a particularly harsh dry spell hit Elvia and her family hard. The water level had dropped significantly around the mangroves and the shellfish weren’t reproducing at a high enough rate. Elvia would go to the mangroves and come back empty-handed. 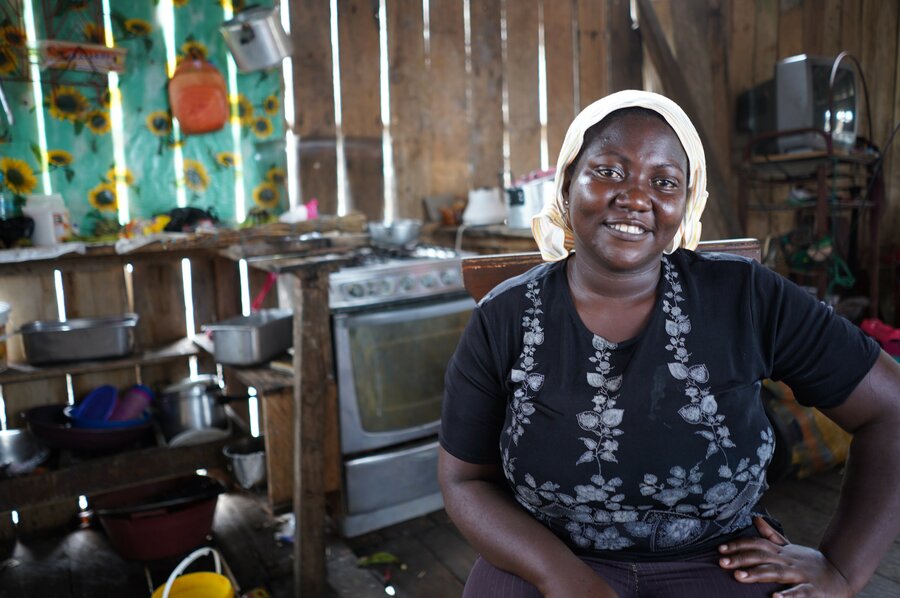 Elvia at home. She lives with her mother and two children in a house on stilts, on the island of Palma Real.

“We didn’t have enough money to feed ourselves,” she said. “Eventually many people were in the same position and they ran out of bread and milk. I had to go and look for work on the mainland and send back what money I could. It was a stressful time for us all.”

Elvia adds the pure air and fresh fish she and her community live on in Palma Real are under threat. “We’re seeing a change in the climate which is getting stronger and stronger,” she says. “We’re worried by what is happening around us, because our main resource is the shells. And if the shells disappear — how are we going to feed ourselves?”

With deforestation and pollution, the mangrove ecosystem which the Afro and Awá communities rely on is in danger. The Colombia-Ecuador border is one of the most climate-sensitive and hungry regions in Latin America, according to the Adaptation Fund, which is funding a new U.N. World Food Programme climate resilience project on both sides of the border.

The project works with the affected Afro and Awá communities to build resilience to climate change and strengthen nutrition in the border areas, all while listening to the local communities’ needs. Over the next five years, the U.N. World Food Programme and partners will introduce and track a range of community awareness and climate adaption activities, like cocoa cultivation, to help people to improve food security. 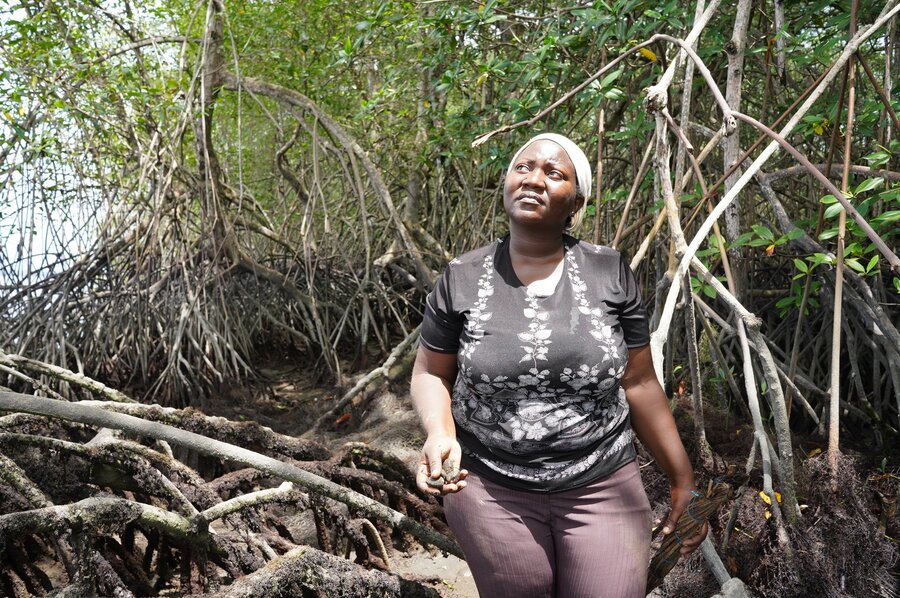 Elvia Valencia stands among the mangroves during her daily work collecting shells.

Elvia feels women and girls are bearing the brunt of these changes to their ecosystem in Palma Real.

“Women are more affected because we are the ones that take responsibility for our children and homes. Men sometimes leave, and we are the ones who suffer the most by what’s happening,” she said.

The U.N. World Food Programme’s climate project puts women in the driving seat of the decision making and prioritizes youth and elders — ensuring that no one in the Afro and Awá communities is left behind.

This story first appeared on WFP’s Stories in December, 2019.