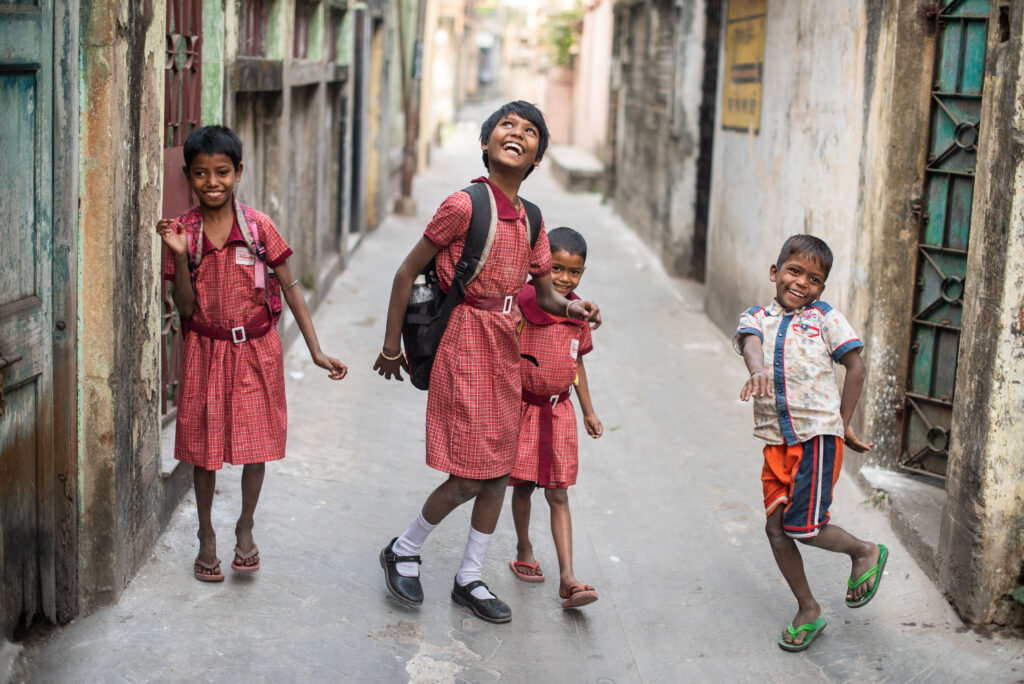 Exploited and Trafficked: Education Saves Girls in India and Bangladesh From Gender-Based Violence

Why does this fund focus specifically on girls’ education? Because hunger affects women and girls disproportionately, comprising 60 percent of the world’s hungry people. This disparity is due largely to unequal access to education, resources and opportunities for personal and economic success. The Catherine Bertini Trust Fund for Girls’ Education aims to change this by empowering women and girls with the knowledge, training and leadership skills necessary to achieve food security and reach their full potential.

This Fall, the Fund awarded two organizations – Her Future Coalition and Speak Up for the Poor – with grants to launch new projects and make an even greater impact on the lives of the women and girls they serve. 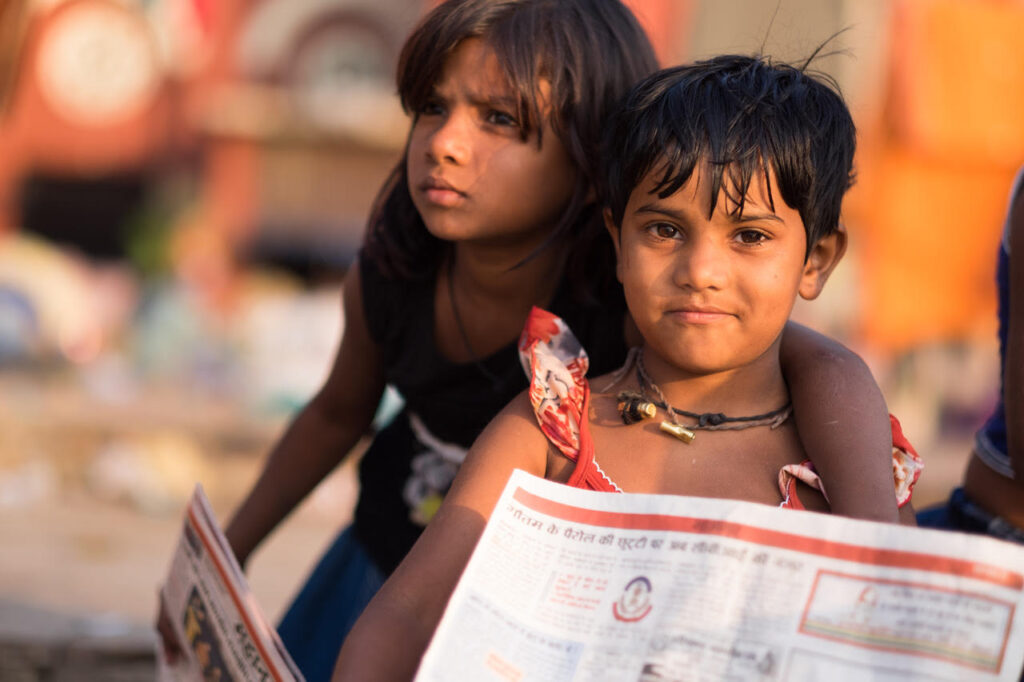 Two young girls from Her Future Coalition practice their reading.

Her Future Coalition, located in India, is on a mission to provide education and a “full circle” of services to high-risk girls and survivors of gender-based violence so they can remain independent and pursue their dreams. Since 2005, Her Future Coalition has worked with survivors of human trafficking and gender-based violence, helping free thousands of girls through long-term, intensive programs including education, vocational training, employment and shelter. Her Future Coalition has been so successful that it was internationally recognized as part of Michelle Obama’s Global Girls Alliance.

While Her Future Coalition’s initial target beneficiaries were survivors of human trafficking, they quickly realized that in the same shelters as trafficking survivors were women and girls who had survived related issues and had many of the same needs as the trafficking survivors. Realizing this, they broadened their mission and services to include other forms of gender-based violence.

In 2012, Her Future Coalition launched their first Shelter Programs by opening shelters in Kolkata and Mumbai. Then, in 2015, they built an entirely new shelter for 150 survivors in Jalpaiguri, West Bengal. In 2017, they launched their first Red Light Resource Centers which provide childcare to mothers who work  in a part of the city known as the red-light area.

With the grant from the Catherine Bertini Trust Fund, Her Future Coalition is launching a new project in Kolkata offering computer training, intensive English instruction, and entrepreneurship and business skills training to survivors and vulnerable girls in red-light areas. 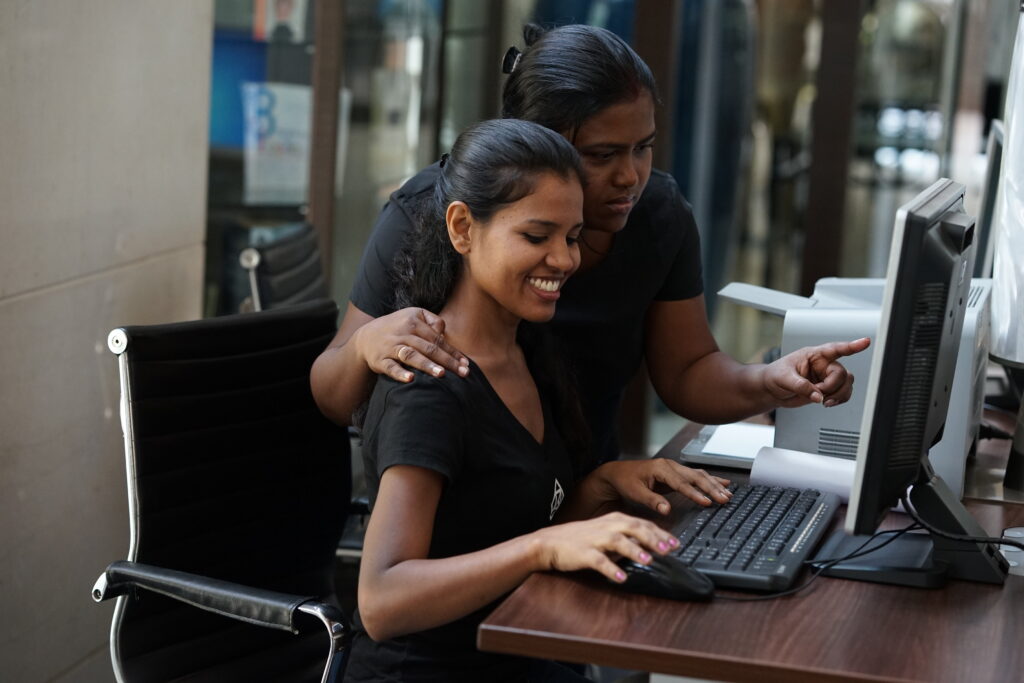 “This grant could not have come at a better time,” says Sarah Symons, Founder and Executive Director. “It will allow us to provide computer training to hundreds of girls in red light areas, slums and rescue shelters of Kolkata, and it is more critical than ever for these girls to be able to continue their education and build a future.  The project will enable survivors and girls at high risk for gender violence to permanently break the cycle of poverty and exploitation.”

Speak Up for the Poor 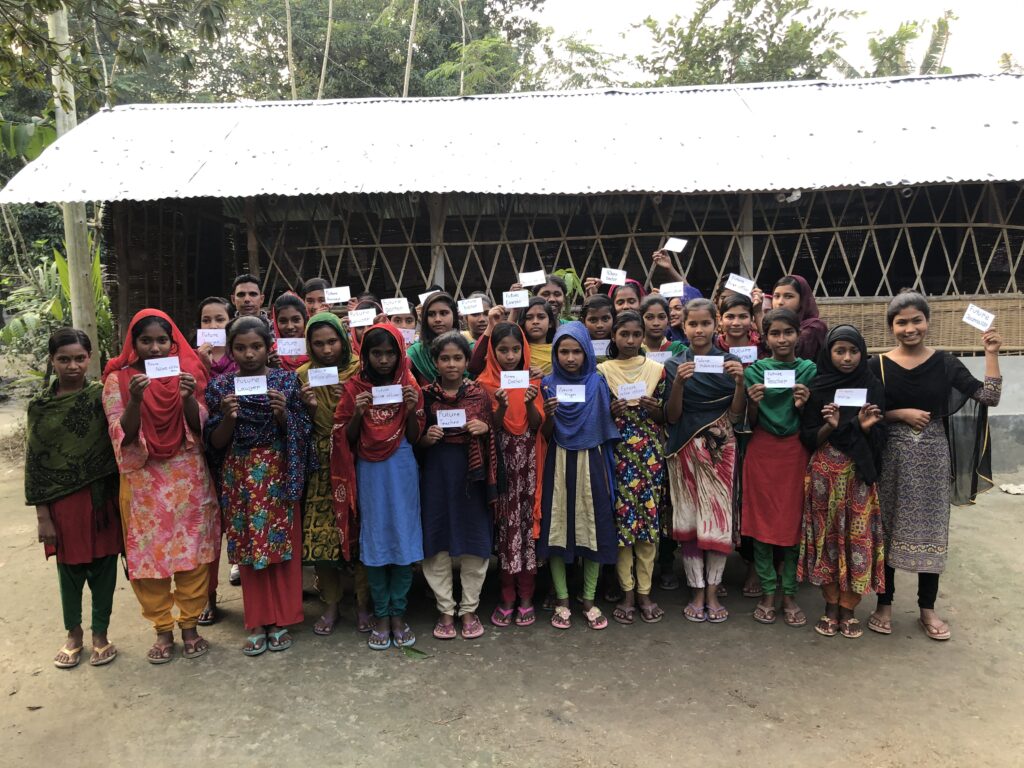 A class of Speak Up girls hold up cards saying what they want to be when they grow up.

Speak Up, located in Bangladesh, was founded in 2004 to provide legal protection for girls who had been trafficked into sexual abuse and exploitation. Today, programs include educating girls in poverty to address a root cause of their vulnerability to exploitation. Speak Up’s mission is to create a new reality for these girls by transforming them into empowered community leaders.

In 2012, Speak Up launched their Girls Education Program (GEP) with just 20 girls from three villages in Khulna Division, Bangladesh. Eight years later, the GEP now enrolls 1,405 girls from 30 villages. And for girls in Khulna who needed a safe living environment as they continued their studies in high school, college, or university, Speak Up opened a dormitory where 90 girls and young women currently live.

According to UNICEF, 59% of girls in Bangladesh are forced into illegal marriage under the age of 18 — the fourth highest rate of childhood marriage in the world. In the region of rural Bangladesh where Speak Up works, the rate is even higher. That’s why it is so critical not only to provide educational opportunities to girls, but also to motivate their parents to value a different future for their daughters. 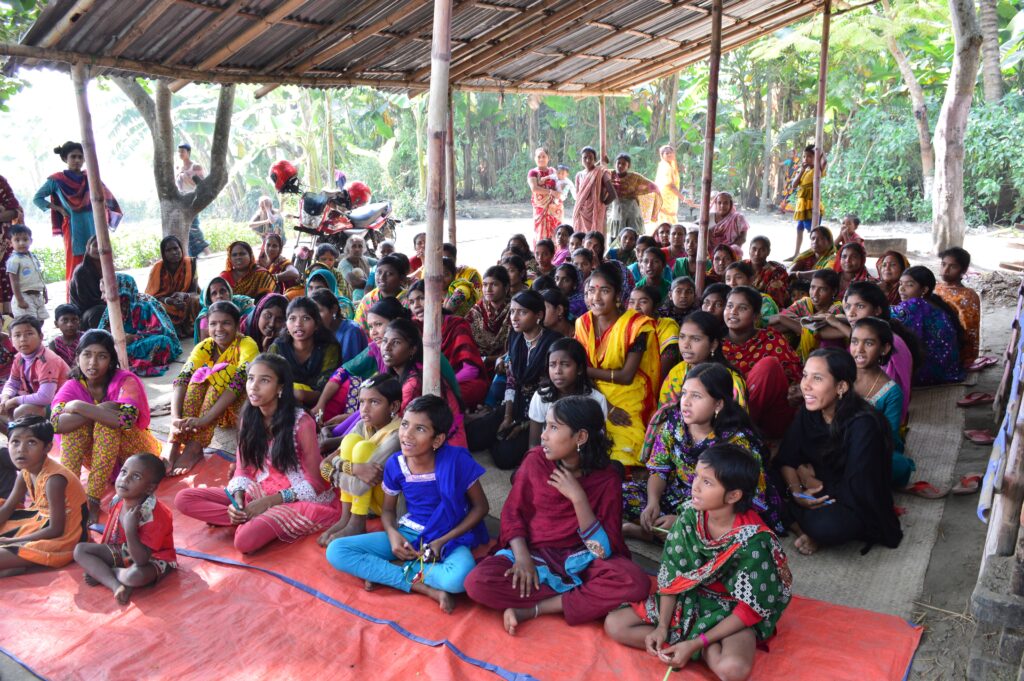 A Speak Up class session includes girls from all ages.

Thanks to the grant from the Catherine Bertini Trust Fund, Speak Up will be able to expand their GEP program and launch The Parent Meetings project – a monthly community meeting in the local villages where GEP operates.

“This funding will allow 110 girls to join our Girls Education Program in January,” says Troy Anderson, Founder and International Director, “putting them on a path to a successful future, along with more than 1,400 girls and young women already enrolled in our Program. Educating and empowering girls in poverty is the best investment we can make in our global future.”

When girls have the right nutrition, it improves their health, enables them to focus in school and increases their economic opportunities. That’s why the United Nations World Food Programme does whatever it takes to make sure they have enough to eat. Last year, we delivered school meals to more than 17 million children, over half of whom were girls. See the full story of women’s hunger here.