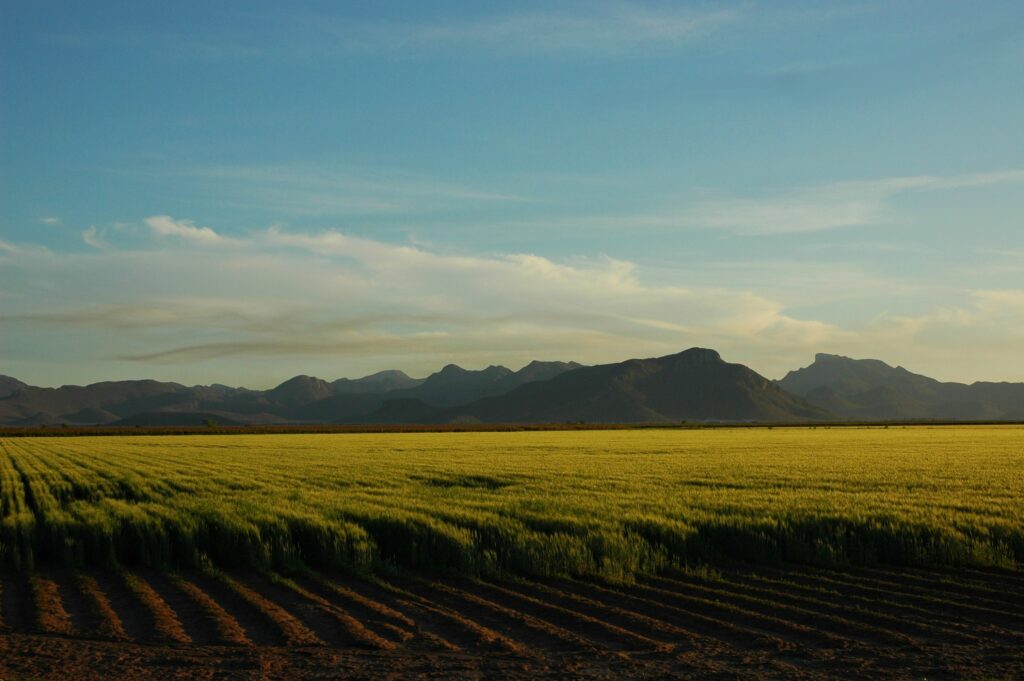 Extreme Water Harvesting: A Glimpse Into the Future of Dryland Farming

In Kenya, 65-year-old Matei Nziru has an obsession-like devotion to water, storing some gallons that are more than four years old. His stored water can last him up to 10 months.

“What would you do if someone poured away just one bottle of water that you’ve stored?,” asked WFP’s Martin Karimi.

“You mean you can pour water down just like that — waste water?” asks Matei, incredulously and almost lost for words. “I would kick that person out and ask them never to set foot on my farm again.”

The farmer and father of 12 started collecting and storing water over 30 years ago – in 1987 – after visiting another farmer who conserved water and grew crops even in the dry season.

“I was fascinated and challenged,” says Matei. “I had land which was wasting away as I worked menial jobs to make a living.” 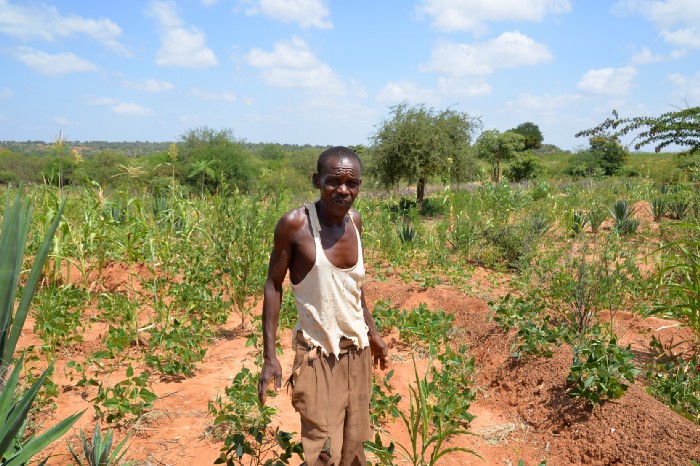 Matei grows his own food using irrigation and dryland farming methods. He’s able to grow fruit trees such as papaya, mangoes, and oranges in addition to crops including cowpeas, sorghum, mung bean and a variety of vegetables.

What started as a desire to grow his own food has turned into a near fanatical devotion to water harvesting.

Matei stores water in each and every container that can hold it — including bottles as small as 1 single ounce. And some of it is more than four years old.

“I collect jerrycans that people have discarded because perhaps they have a hole in them or just don’t have any use for them,” says Matei. “I mend the ones with holes and whenever it rains in the hills, I collect run-off water and store it under a shade for future use.” 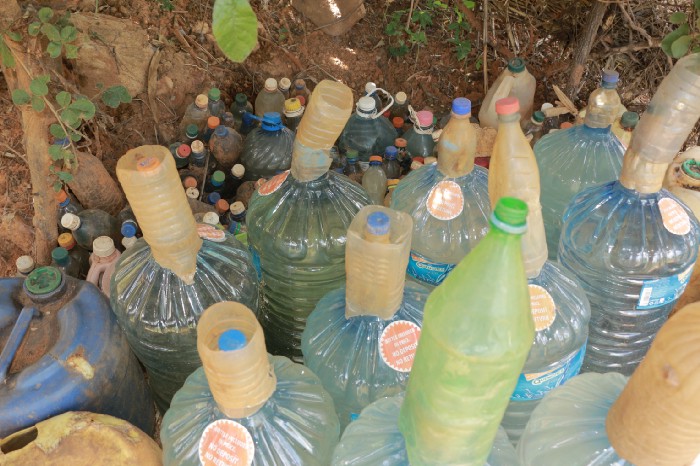 Some of Matei’s bottles are as little as one ounce.

A maze of trenches

Matei doesn’t just store water in large and small bottles. His farm in Katuni village, north of Mwingi town in southeastern Kenya, is a puzzle of canals punctuated by shallow ponds, all to break the force of surface run-off water and coax it to seep slowly into the soil.

All the water from the road and the roofs in the town center is methodically guided to Matei’s farm. What looks at first like a disorganized maze has a method to it. Matei makes sure that as the water flows, it irrigates the whole farm and ends up in a 37-foot-deep storage well — without any silt deposits.

“As the water flows around the farm, it passes through sieves in the form of grass which I use to feed my goats and cows,” says Matei. “The water in the well is what we use for household needs.”

Matei does not only store water in unusual ways, his working schedule is also odd.

“I mostly work at night when the temperatures are cooler,” he says. “People can frown at me, but I know the benefits that I reap from this farm. Working during the day is limiting as temperatures can sometimes go up to 97 degrees. At night it is cool, and there is no interference from anyone,” he adds. “I can dedicate as much time to my farm as long as there is some visibility.” 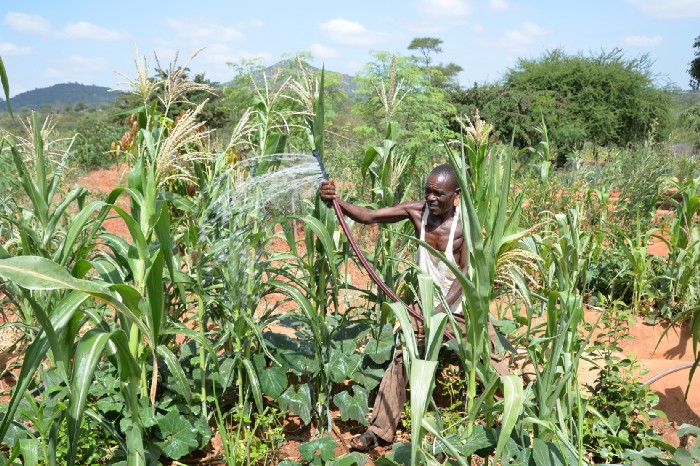 Matei is able to grow food all year long, even in the dry season, by using the water he stores.

Matei has planted fruit trees such as papaya, mangoes, and oranges in addition to crops including cowpeas, sorghum, mung bean and a variety of vegetables.

“When you have 12 children, the first thing on your mind is how to put enough food on the table.”

Matei’s enthusiasm has not gone unnoticed. The United Nations World Food Programme (WFP) organizes visits to areas with successful dryland farming projects as part of its capacity development for farmers. Matei, together with other selected farmers trained in resilience building activities, visited Tharaka Nithi County on an exchange tour.

He says that the experience energized him even more, seeing farmers with similar weather conditions as himself growing food and earning money.

“I want WFP to find a farmer who is doing better than I am and take me there, because I want to grow further,” he says. “As long as I’m able-bodied, I will work. I will retire when I die.”

WFP is transitioning from supporting the creation of community assets such as dams to intervening across the food system — solving challenges in production all the way to consumption. Farmers such as Matei will receive support to allow them to protect their livelihoods against shocks with new skills and climate-proof assets such as water harvesting structures.

“I advise everybody to harvest water if they want to grow any food. I love storing water. Water is the reason for this farm, it is the reason that I can feed my family. I have stored water that can last me up to 10 months,” says Matei.

As global temperatures continue to rise, vulnerable populations are experiencing more frequent and more intense extreme weather, like drought and extended dry seasons. Families like Matei’s must learn new techniques to adapt and survive. For more information on climate change and hunger, check out our issue hub.

This piece was originally written by Martin Karimi and appeared on WFP’s Insights.