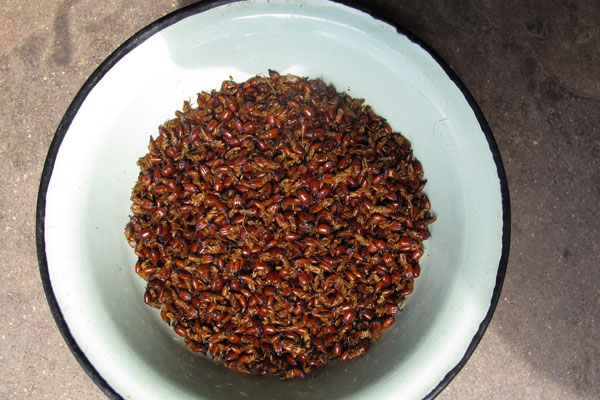 Welcome to WFP’s recipe series exploring the culinary treasures and cooking abilities of refugees who benefit from the agency’s cash and vouchers program, an initiative that allows families to buy fresh, local ingredients to cook traditional dishes.

Thirty-six-year-old Priscilla and her husband, Wellington, are subsistence farmers in the village of Sasula in central Zimbabwe. They live with Priscilla’s 92-year-old grandmother, her sister and the couple’s three children—aged 7, 10 and 15—on a compound of various huts and buildings that has been in the family for four generations.

Priscilla and Wellington grow maize, small grains, groundnuts and cowpeas on a small plot near the edge of the village and depend on the crops they grow to survive. But when flooding destroyed their crops earlier this year, their entire harvest failed. Whereas in a good year they might harvest 15 bags of maize and 8 buckets of groundnuts, last April saw them salvaging just one bag of maize and two buckets of groundnuts.

So earlier this year WFP began distributing food vouchers to families in need like Priscilla’s. On the day of the distribution, she received $9 for each family member. The distribution was organized by WFP’s partner, ADRA, with the cash being handed out by members of a local security company.

Afterwards, Priscilla walked to a nearby shop where she bought the ingredients she needed to cook nutritious meals: maize meal, dried covo (a spinach-like vegetable), tomatoes, vegetable oil and a bag of dried caterpillar larvae known locally as madora. But there was one ingredient that Priscilla and her grandmother could only find themselves: Insects from a termite mound. Using a sisal leaf, the pair scooped out hundreds of insects to make a special dish.

Back home, Priscilla and her sister Kumbirai set about cooking a feast for their extended family. It takes them a little over an hour to conjure up five dishes over two open fires, juggling an array of pots and utensils in their smoke-filled kitchen hut. Below, she walks us through the process: 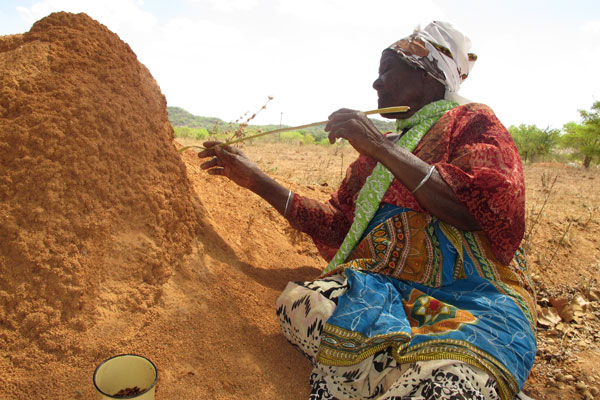 2) Dry fry termites over a low heat for 10 minutes. Then turn up the heat and add a pinch of salt and chili. 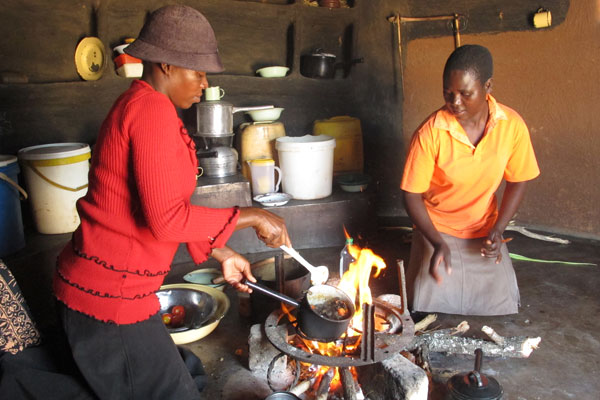 3) Add a tablespoon of vegetable oil and serve. 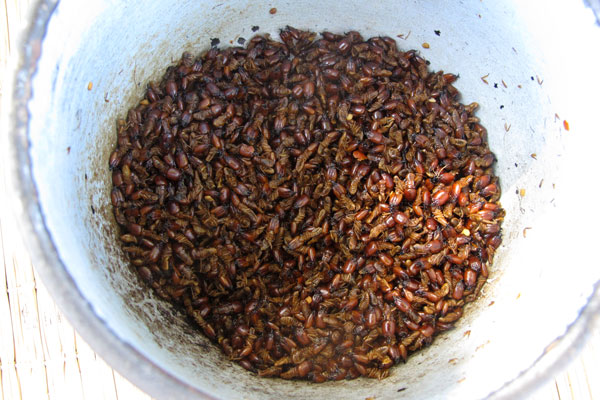 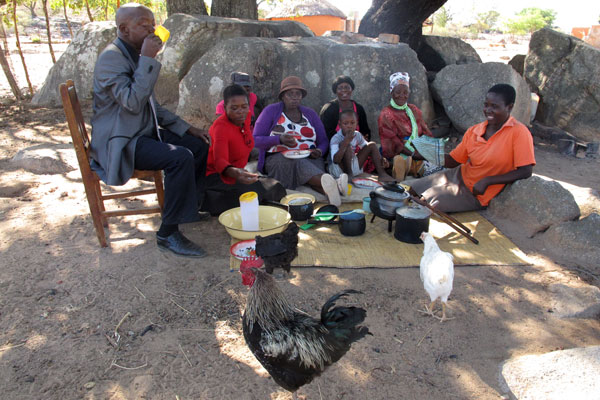 Photos and story by David Orr, WFP’s communications officer for southern Africa. A version of this story originally appeared on WFP.org and has been re-published with permission.