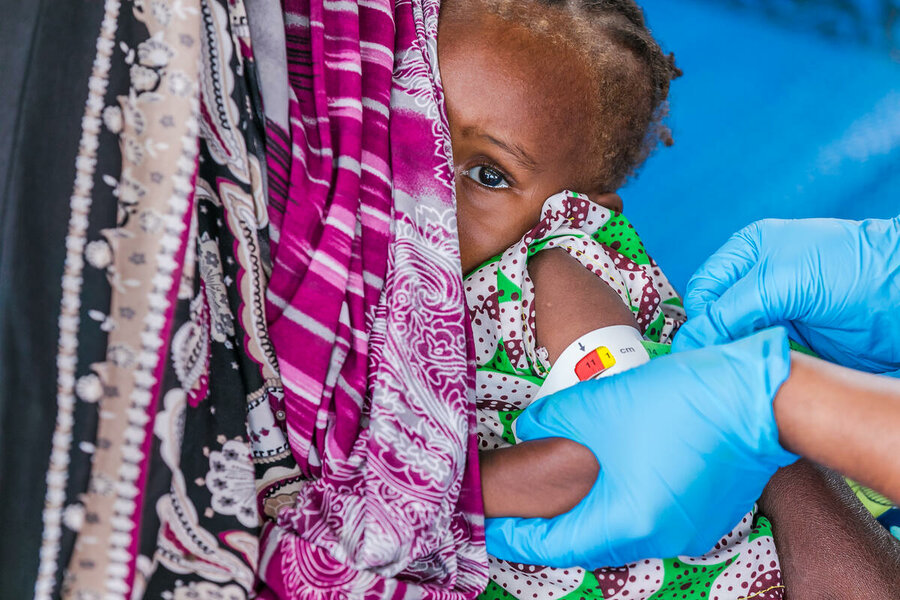 Famine Alert: Hunger, Malnutrition and How WFP is Tackling This Other Deadly Pandemic

A lowdown on the factors behind a looming catastrophe where 34 million people are at risk of starvation — and the urgent need for $5.5 billion to avert it

Today, 34 million people around the world are on the brink of famine — and the slightest shock could tip them over the edge. The United Nations World Food Programme (WFP) is working around the clock to avert famine, but we urgently need $5.5 billion to do this. The price of doing nothing in the face of these growing hunger needs will inevitably be measured in terms of lost lives.

Tragically, by the time a famine is declared, it’s already too late. Thousands of people are already dying of hunger. Yemen, South Sudan and northern Nigeria are the countries worst affected. In Burkina Faso, food security has slightly improved since last October but the hunger situation remains concerning. They face catastrophic levels of acute hunger, according to a new Hunger Hotspots report released by the U.N. World Food Programme and the UN Food and Agriculture Organization.

But what are the factors at play, why is famine even an issue in a 21st century world of abundant food, and how can it be finally consigned to history?

Nigeria: The upper-arm circumference of an 11-month old girl is measured at a WFP-backed clinic in Maiduguri in September — red indicates she is suffering from extreme malnutrition.

Famine is declared when malnutrition is widespread, and when people have started dying of starvation through lack of access to sufficient, nutritious food. Inequality is a critical factor, with low incomes, in particular, putting affordable food beyond the reach of millions. 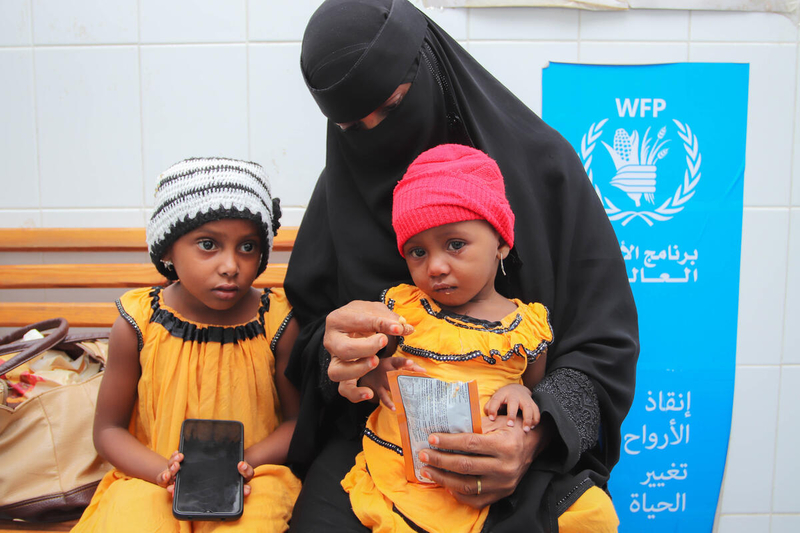 Yemen: A WFP-supported clinic in Aden in October.

Famine is declared in an area when:

In a world where food production keeps increasing, there is no reason that humans should still be suffering this fate.

Where have famines been declared?

Although the majority of affected people live in countries in Africa, acute hunger is due to rise steeply in most world regions, from the Middle East to Latin America and the Caribbean. Famines tend to occur in areas where humanitarian access is restricted.

In parts of four countries — Yemen, South Sudan, Burkina Faso and northeast Nigeria —  there are currently a total of 155,000 people directly at risk of starving according to IPC, the Integrated Food Security Phase Classification system. In each of these four countries, conflict, insecurity and resulting displacement are driving up levels of acute hunger.

More than 34 million people are currently on the very edge of famine and risk starvation, up from 27 million people in 2019, in: Afghanistan, the Central African Republic, the Democratic Republic of the Congo, Ethiopia, Haiti, Honduras Nigeria, South Sudan, Sudan, Uganda, Venezuela, Yemen and Zimbabwe.

With sufficient funding and access, the U.N. World Food Programme has the expertise to provide all those who risk famine in 2021 with lifesaving food and nutritional assistance. 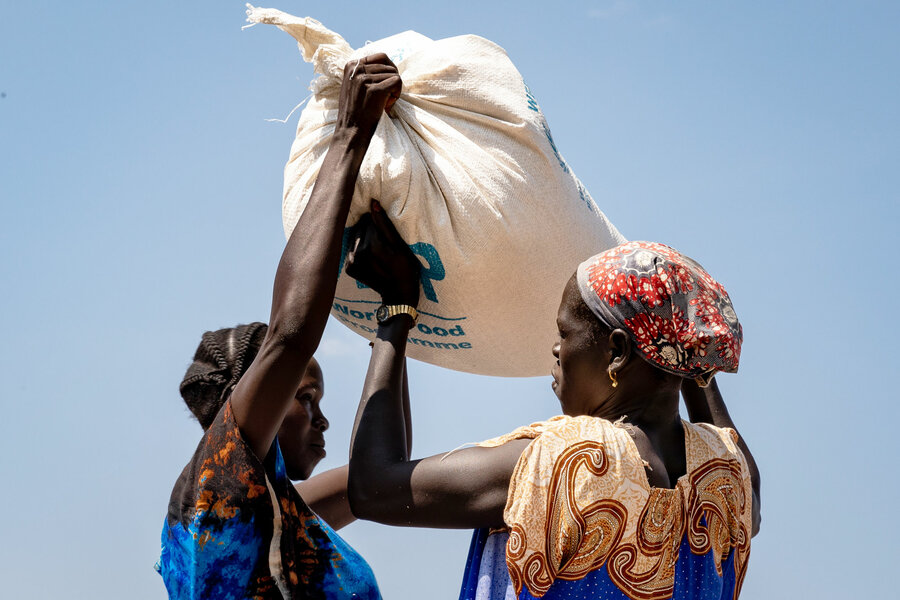 Why are famines still occurring?

Today, conflict is the biggest famine driver, while climate change and the fallout of COVID-19 are contributing to sharply increasing hunger numbers. These new realities have dramatically changed the way the U.N. World Food Programme assesses and responds to famine.

Measures to curb the spread of COVID-19 have hit economies worldwide, pushing millions into unemployment and poverty, and leaving governments and donors with fewer resources to address the food and nutritional needs of those most vulnerable. 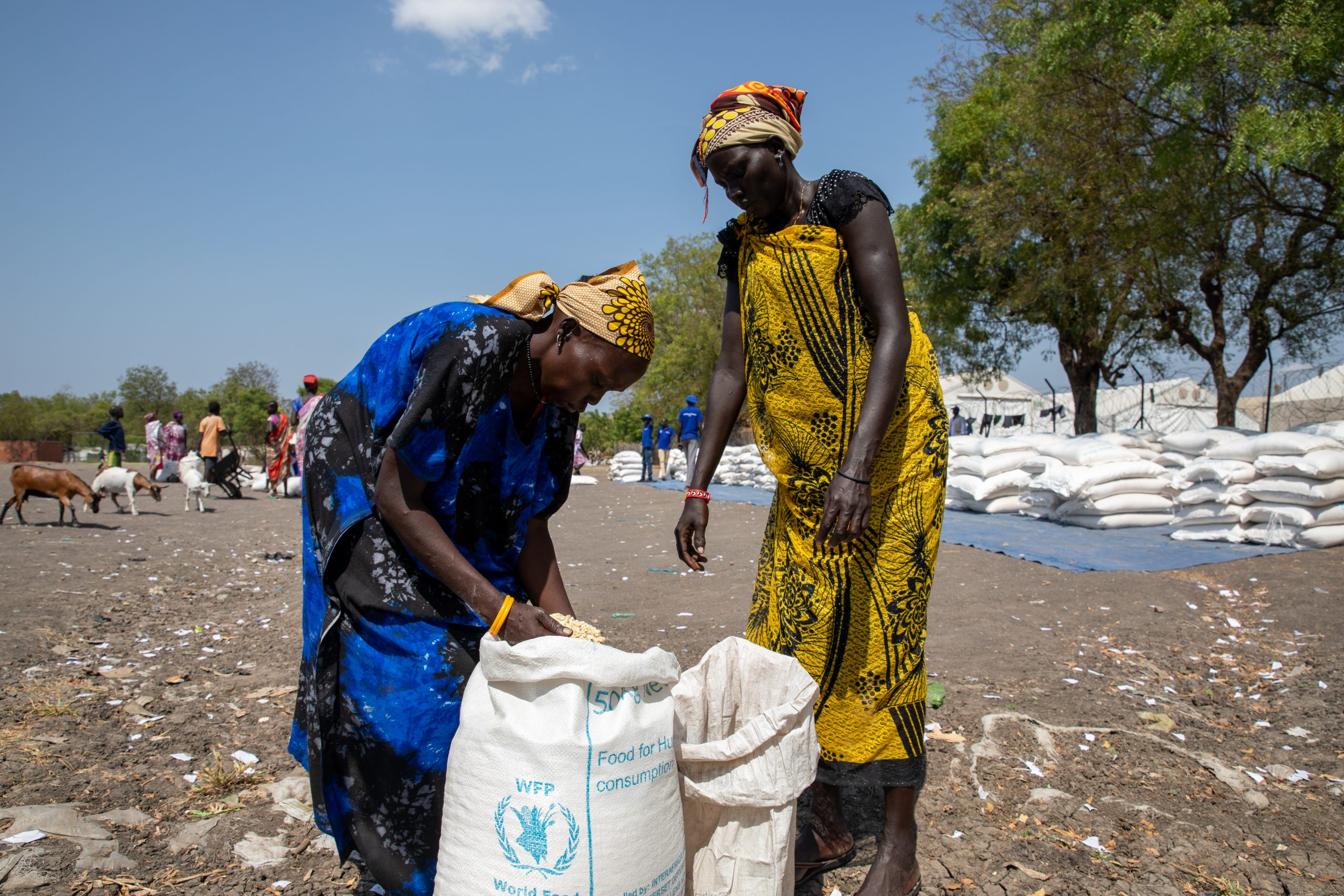 South Sudan: Jonglei state is an area of huge concern for WFP.

What is the World Food Programme doing?

The most powerful tool that the U.N. World Food Programme can deploy to save lives in the face of famine is emergency food assistance. As long as countries face humanitarian emergencies and acute levels of food insecurity, this form of assistance — whether in-kind or cash-based — will remain critical to mitigate or avert the direct effects of food insecurity and famine in the short term.

In Yemen, the U.N. World Food Programme’s helped avert famine two years ago with it’s largest-ever scale of food assistance — from 1 million people in 2015 to nearly 13 million in 2019. 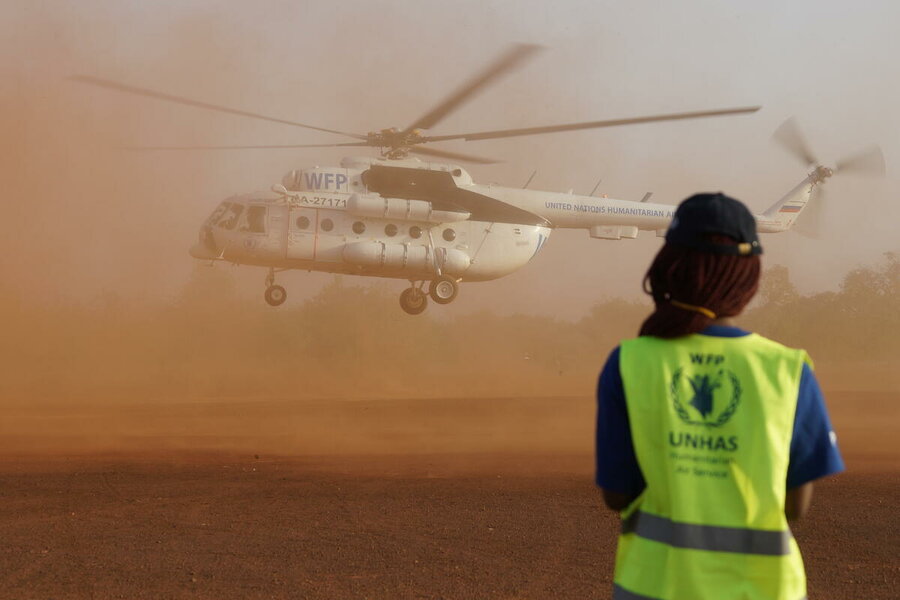 The U.N. World Food Programme’s deep-field presence, the scale of its operations, and cutting-edge expertise acquired over decades fighting hunger, make it uniquely positioned to stop famine in its tracks. Using cutting-edge technology, the U.N. World Food Programme signals where circumstances are rapidly deteriorating and provides insights that inform the right response to ensure we reach those urgently in need.

In South Sudan and northeast Nigeria, among other countries, the U.N. World Food Programme has rolled out a Rapid Response Mechanism, with mobile response teams reaching hungry people in remote, isolated areas. Traveling usually by helicopter, mobile response teams register people so the U.N. World Food Programme can transport food, nutrition supplies and other assistance by road, river or airdrops, where there is no alternative access.

What needs to happen next?

We need $5 billion urgently in order to provide all those who risk famine in 2021 — at least 30 million people — with life-saving food and nutrition assistance. This is about one-third of the U.N. World Food Programme’s total resourcing needs. Without this, we cannot reach those people whose lives depend on our support. In Yemen for example, the U.N. World Food Programme may have to cut nutrition support to 1.1 million children and mothers from June, while 5 million people may face cuts to emergency food assistance in May. The results could be catastrophic.