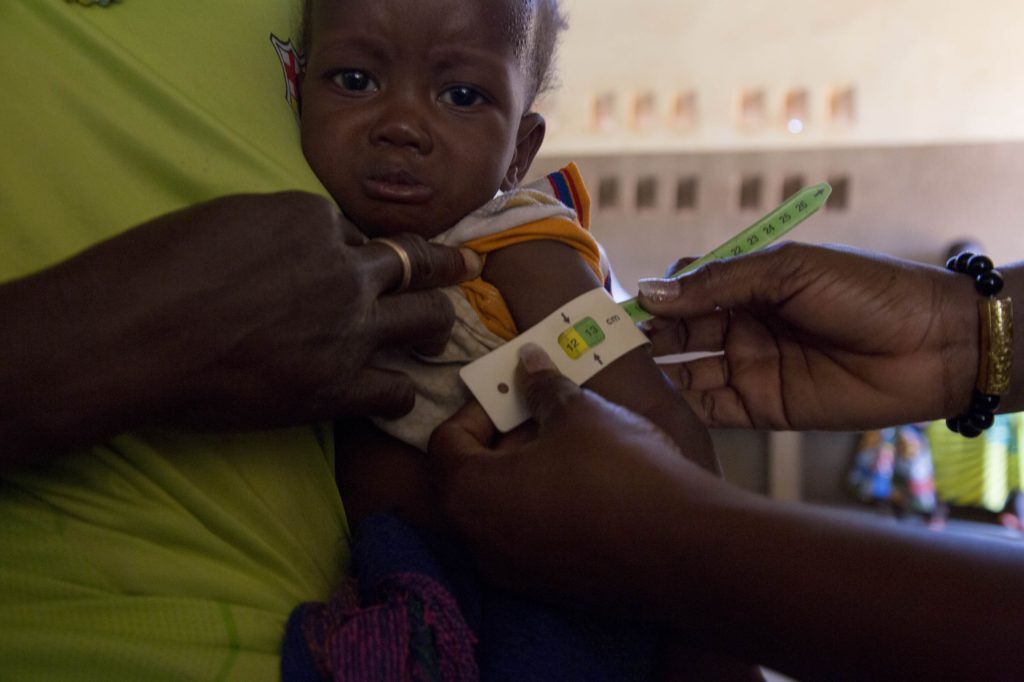 “We do not live well, we do not eat well, and we cannot even move around normally because of the chaos in the country,” says Osena Previlon, who grows fruits and vegetables on her small plot of land outside Gonaives, the largest city in Haiti’s Artibonite department. Haiti ranks high among countries identified by the World Food Programme (WFP) as being at risk of descending further into crisis without a rapid response and greater investment in 2020. 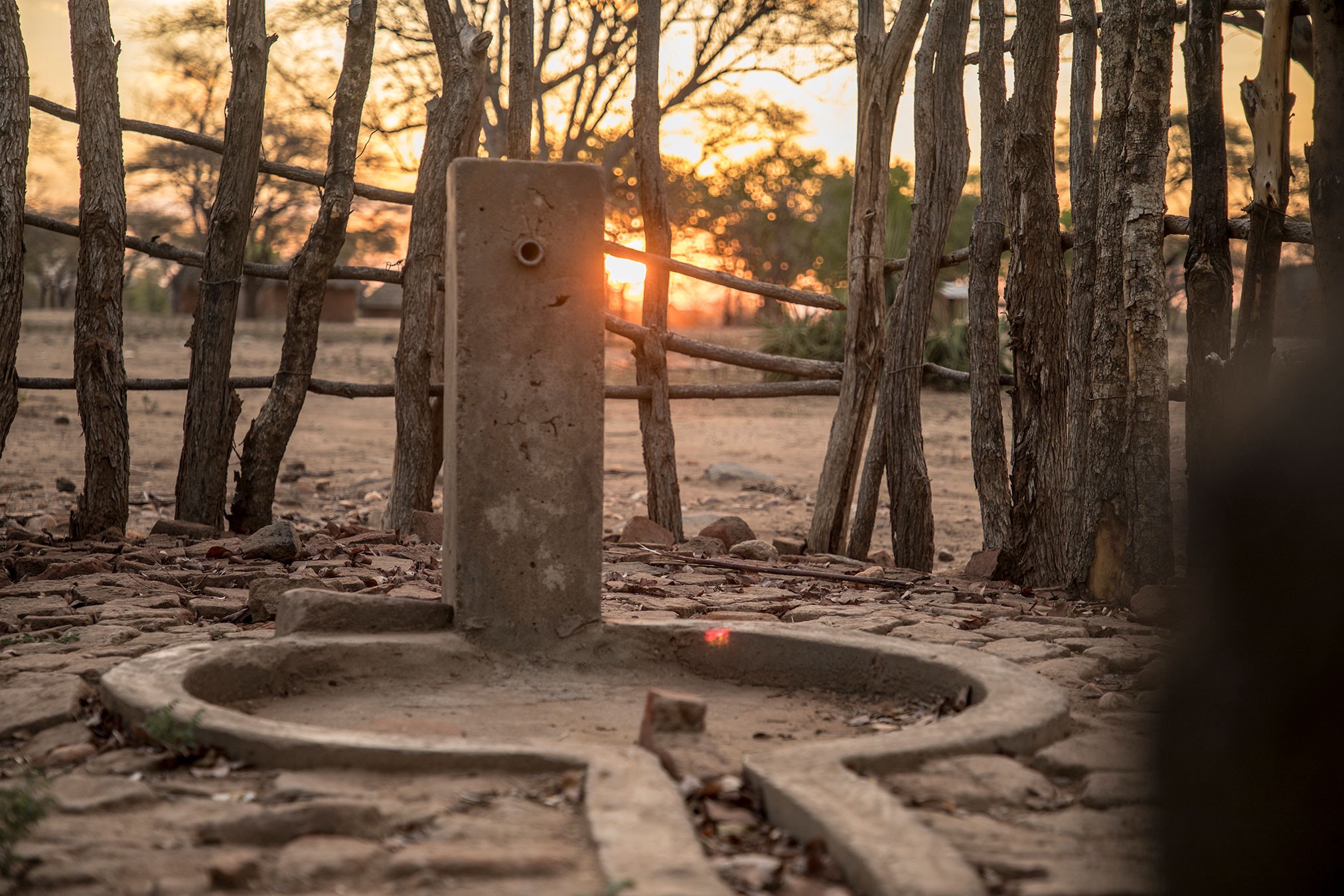 A dried up water pump in Muzarabani, Mashonaland, Zimbabwe — the country is experiencing its worst drought in decades.

WFP’s Global Hotspots 2020 report highlights the 15 fastest-deteriorating emergencies requiring the world’s urgent attention, with the food security of millions of people at stake.

“Political and social unrest has brought the country to a standstill,” the report says of Haiti, “driving food prices up by 40 percent.” More than one in three Haitians, or 3.7 million people, needs urgent food assistance, in both rural and urban areas. Among these, 1 million are suffering from severe hunger. 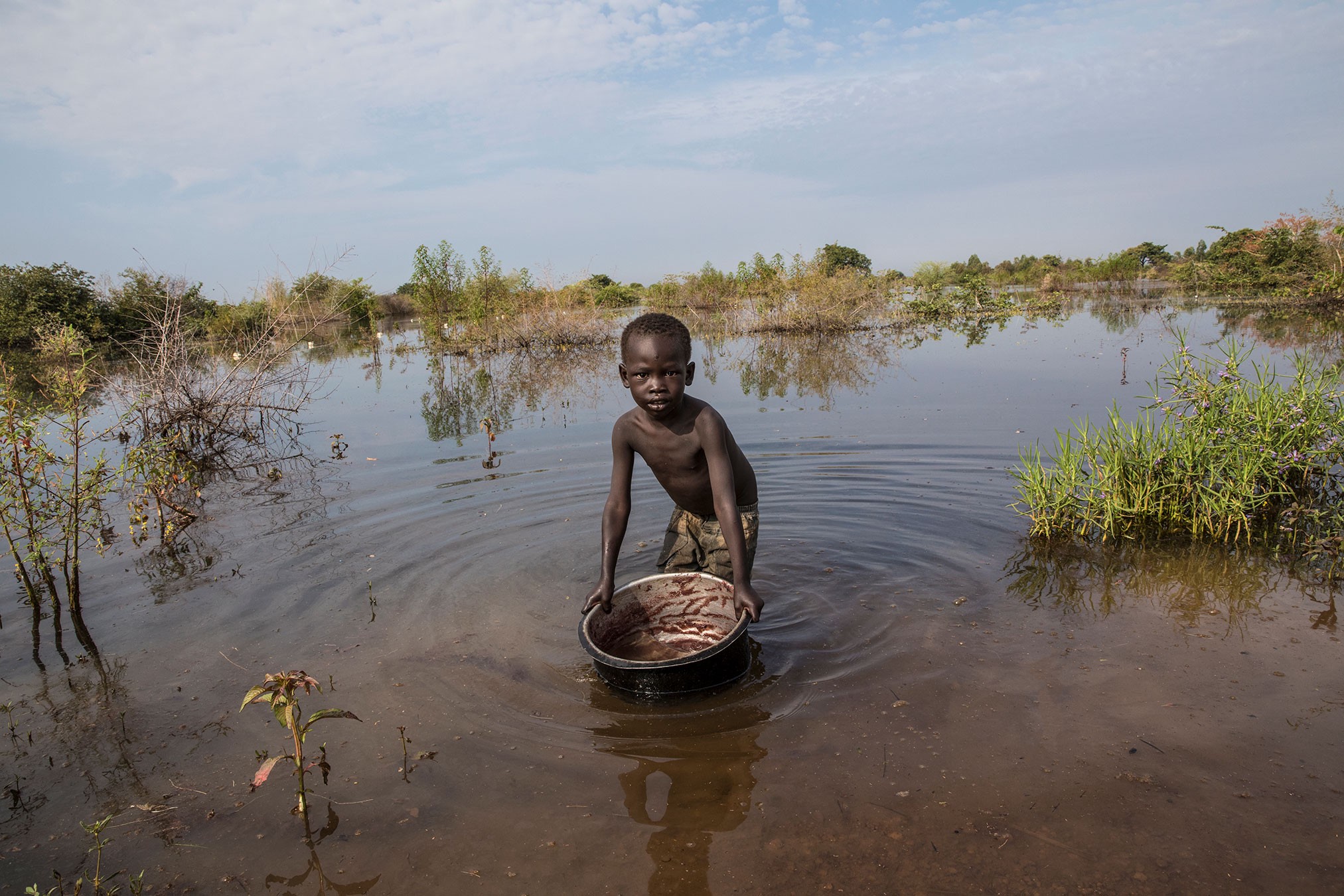 The town of Awei in the north of South Sudan, in October, devastated after heavy rains.

WFP’s 2020 lowdown presses home the need for the world to act swiftly — with billions of dollars in investment — to keep food insecurity from deepening its tentacles further into vulnerable locations across the world.

Under a sliding scale of “Overheating,” “Boiling” and “Simmering,” Global Hotspots 2020 explains the factors behind each emergency, its effects on people, and the action WFP is taking to help avert a deepening of the crises.

Another country at highest risk is Zimbabwe, where the worst drought in decades is accompanied by “temperatures hitting 122 degrees Fahrenheit and the water flow at Victoria Falls slowing to a trickle.”

“As things stand, we will run out of food by end of February, coinciding with the peak of the hunger season — when needs are at their highest,” says Niels Balzer, WFP’s deputy country director in Zimbabwe. “Firm pledges are urgently needed as it can take up to three months for funding commitments to become food on people’s tables.” 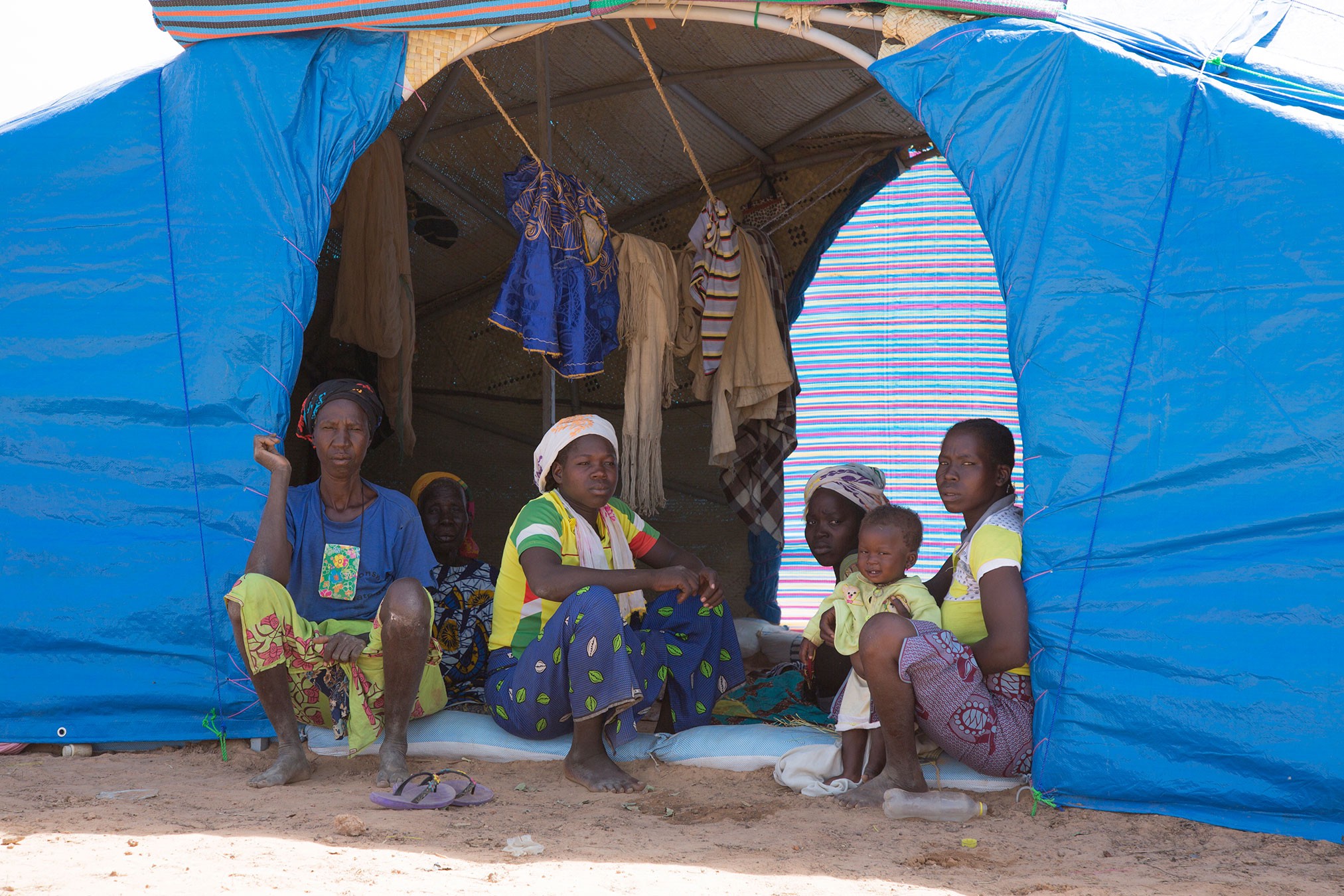 A family at a camp in Pissila, Burkina Faso — where the number of internally displaced people increased by 400,000 last year.

Global Hotspots 2020 warns that food insecurity levels are the highest in a decade in Zimbabwe, with half the population — 7.7 million people — suffering from severe hunger. WFP hopes to nearly double its assistance to reach up to 4.1 million people.

Also overheating is South Sudan, with the effects of a deadly civil war which displaced 3.8 million people still running deep. A crippled economy, poorly functioning markets, lack of infrastructure and the effects of climate change all hamper recovery efforts.

The report adds: “Parts of the country were hammered by severe drought and flooding in 2019, which has affected close to 1 million people and destroyed over 80,000 tons of cereals.” 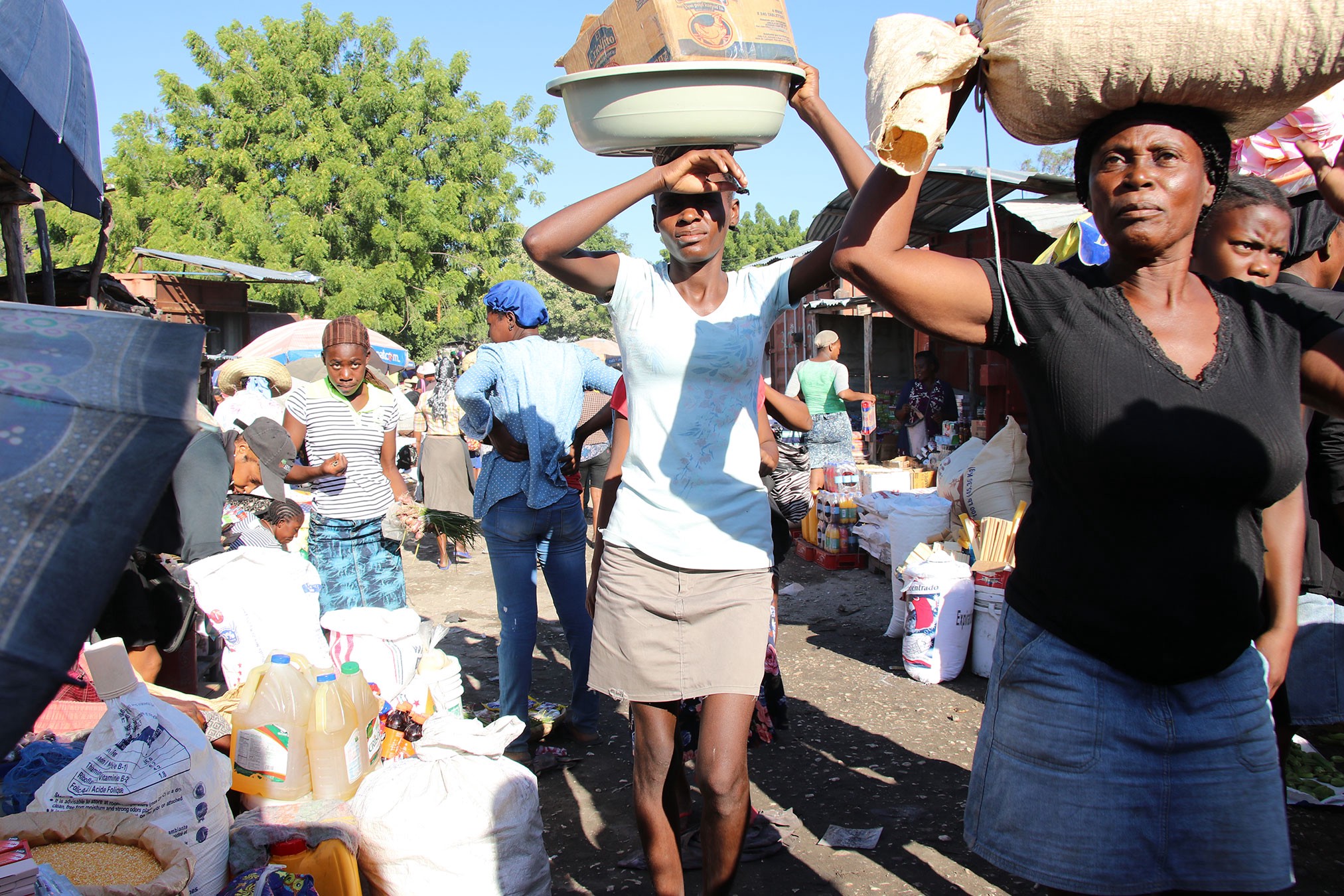 The Plateau Market outside Gonaives in Haiti where 3.7 million people need urgent assistance.

“Sometimes you end up asking, have the Gods forsaken us?” a South Sudanese woman farmer lamented during a recent field visit by WFP.

Forsaken is certainly how Africa’s Central Sahel region currently appears. Mali, Burkina Faso and Western Niger face a “toxic cocktail” of climate change, war and population displacement, according to Global Hotspots. In Burkina Faso alone, the number of people displaced internally increased by more than 400,000 in 2019.

“Every day there are people coming from their villages with horror stories that they were just able to escape. Some try to go back and see if they can get some of their belongings and they don’t come back, so it is assumed they’re killed.”

WFP estimates it will require more than $10 billion to fully fund all of its operations in more than 80 countries around the world. Without this, planned assistance is under threat. 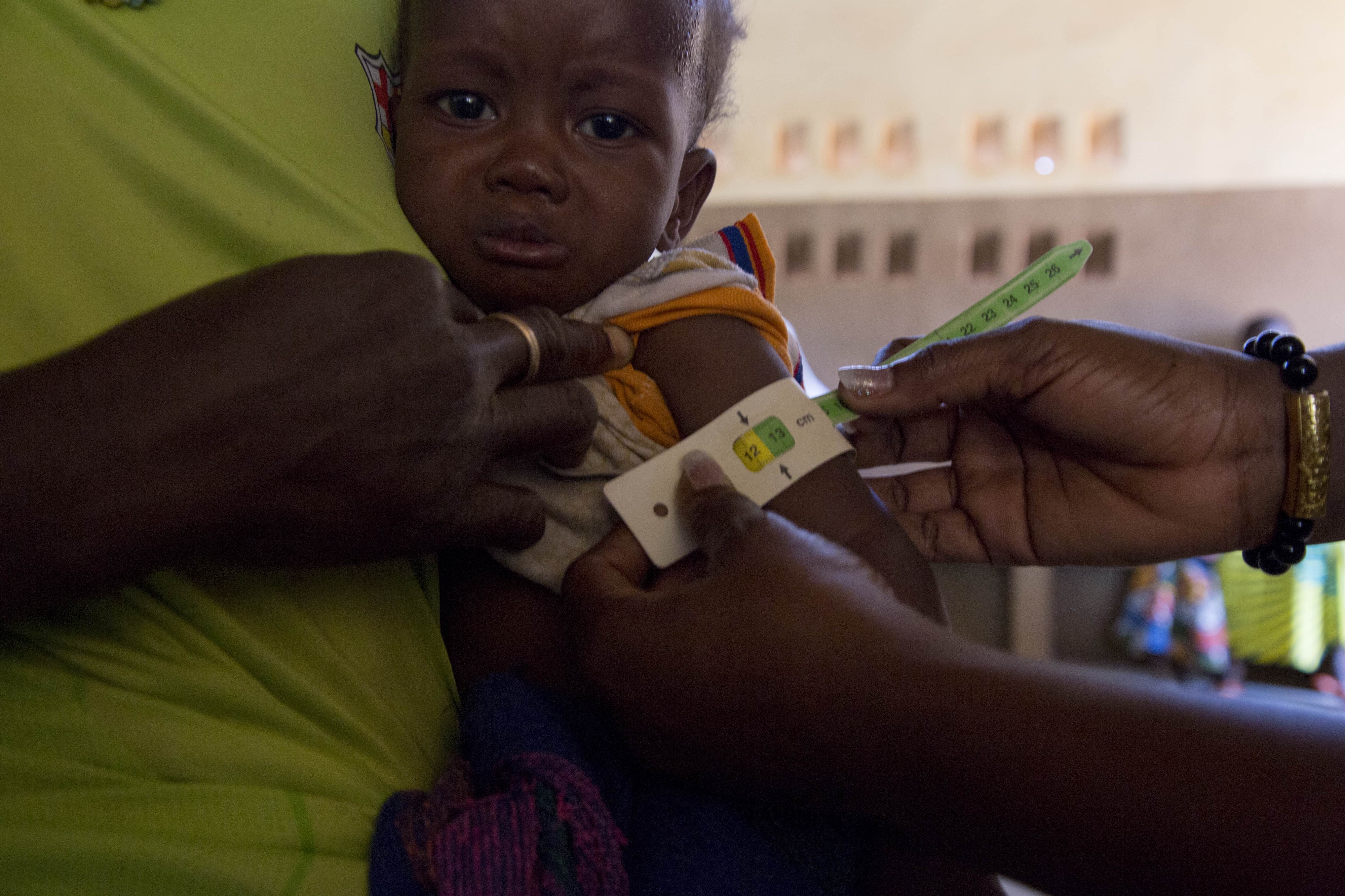 Kaya, Sanmatenga province, Burkina Faso — one of Africa’s Central Sahel countries which are at risk of sliding further into disaster in 2020.

WFP Executive Director David Beasley says: “Every year at WFP, we plan ahead for the next 12 months and ask for support from the generous governments, private sector institutions and members of the public who help us reach our humanitarian and development goals.” He adds that WFP is “an agency that depends entirely on voluntary donations.”

“The world is an unforgiving place,” adds Van Der Helden. “And as we turn the page into 2020, WFP is confronting new, monumental challenges that we need to address with real urgency.”