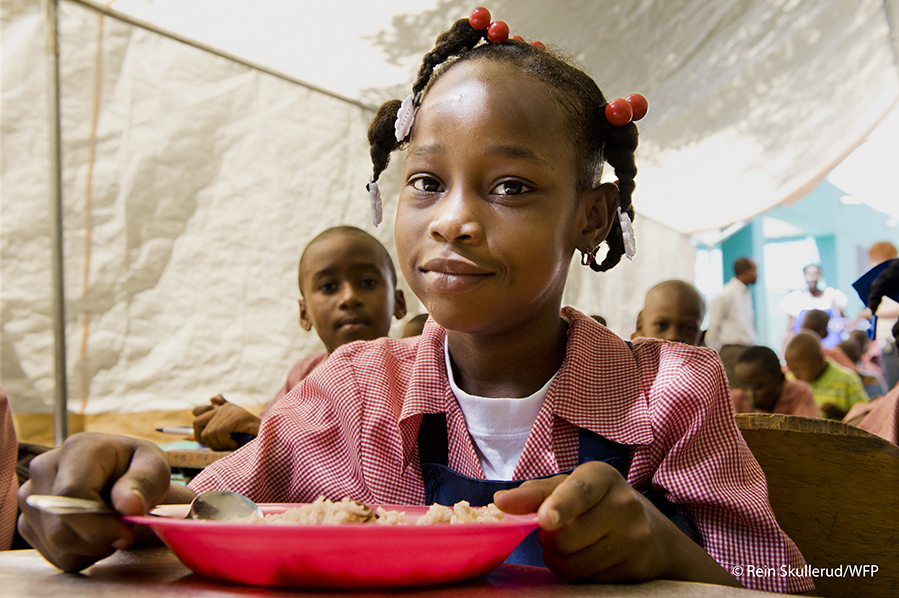 Feeding a Dream in Haiti: How We Helped Ti Marie Change Her Life

Ti Marie (her name means “Little Marie” in Haitian Kreyol) is a 56-year-old mother of two. She lives in an impoverished part of the Turgeau neighbourhood in Port-au-Prince, where she’s the sole caretaker for her children and grandchildren.

When the devastating earthquake struck Haiti in January 2010, Ti Marie lost her house and everything she owned. With no one else to rely on, she struggled to survive. Eventually, she made the painful decision to take her two children out of school and send them to work. Her daughter tried to make ends meet by cleaning the homes of wealthier families in the neighborhood, while her son polished shoes in front of a private school.

Ti Marie’s oldest grandchild was given to a wealthier family as a laborer, known in Haiti as a Restavek, which literally means “to stay with.” Restaveks are often beaten, humiliated and forced to work exceedingly long hours. Haiti is home to one of the highest incidences of slavery in the world. of slavery . After a day of housework, children like Ti Marie’s granddaughter usually spend the night sleeping on the floor. They are not allowed to play with other children in their placement family and the majority of them do not attend school.

Stories like Ti Marie’s are unfortunately all too common in Haiti. Vulnerable families, especially single women, often have to choose between their family’s livelihood and their children’s education. Working children also often face serious hardship and abuse, as well as missing out on school and a better future.

But last year, Ti Marie heard about a nearby government-sponsored school where students receive a free meal every day. She immediately went to meet the school’s headmaster to make her case. Within days, her two children and grandchildren were enrolled in schools financed by the government’s Universal Free and Compulsory School Programme (PSUGO). These schools also benefit from the government’s National School Feeding Programme, which is supported by USDA McGovern-Dole program and implemented by the United Nations World Food Programme (WFP).

“My life has completely changed,” says Ti Marie. “I used to suffer from high blood pressure because I could not sleep at night worrying where my children would get their next meal.”

She now serves as a member of the school’s nutrition committee.

“Next I want to enroll in the literacy classes provided by the church so I will be able to fully perform my task as a member of the committee … I am trying to explain to my friends that sending my children to a school, which provides one meal a day, is a great relief for me. The little money that my daughter and I would have scraped together by working is now invested in rebuilding my house.”

When asked if she knows where these school meals come from, she says with a laugh, “I know that the school is free, but the food comes from … I think from an American man called Govent Dola,” referring to the bipartisan legacy of the late George McGovern and former Senator Bob Dole.

Thanks to the support of USDA’s McGovern-Dole program and other donors, Haiti’s national school meals program reached roughly 685,000 children just like Ti Marie’s in the 2012-2013 school year.

Every child, no matter where they come from or what language they speak, all have one thing in common: Potential. Potential for greatness. Potential to change the world as we know it.