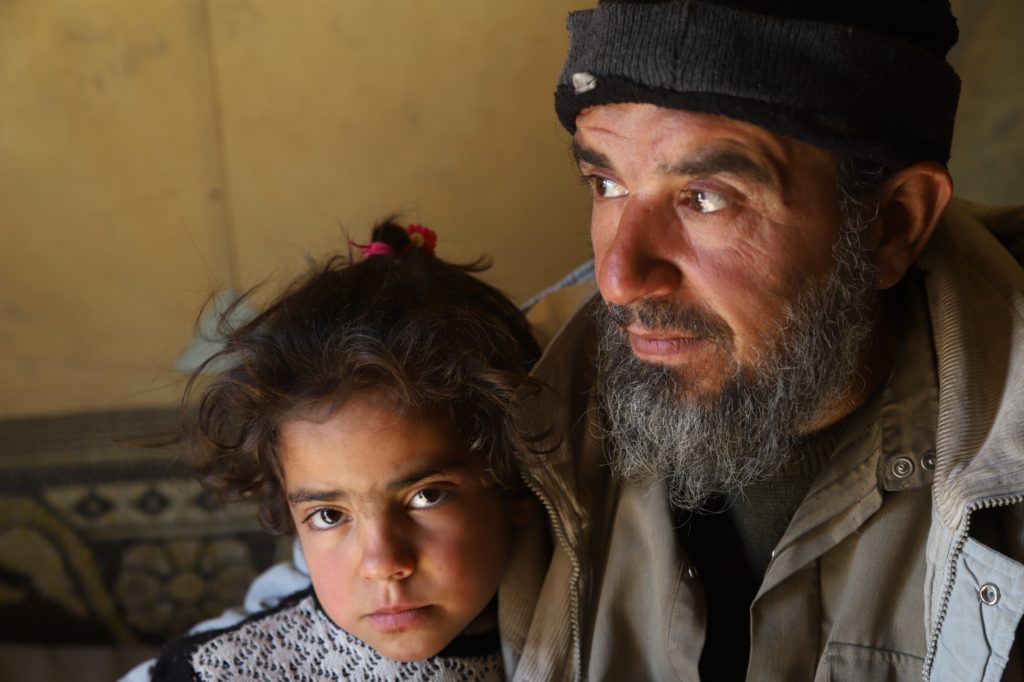 Fleeing Idlib: “One of The Most Dangerous Trips a Person Could Make”

“The people I’ve met were so visibly distressed, when I asked if they were OK they struggled to answer,” says Nuha, a field monitor for one of WFP’s partner organizations in northwest Syria.

Nuha is working around the clock to assist the hundreds of thousands of people who have fled Idlib since violence escalated there in December. 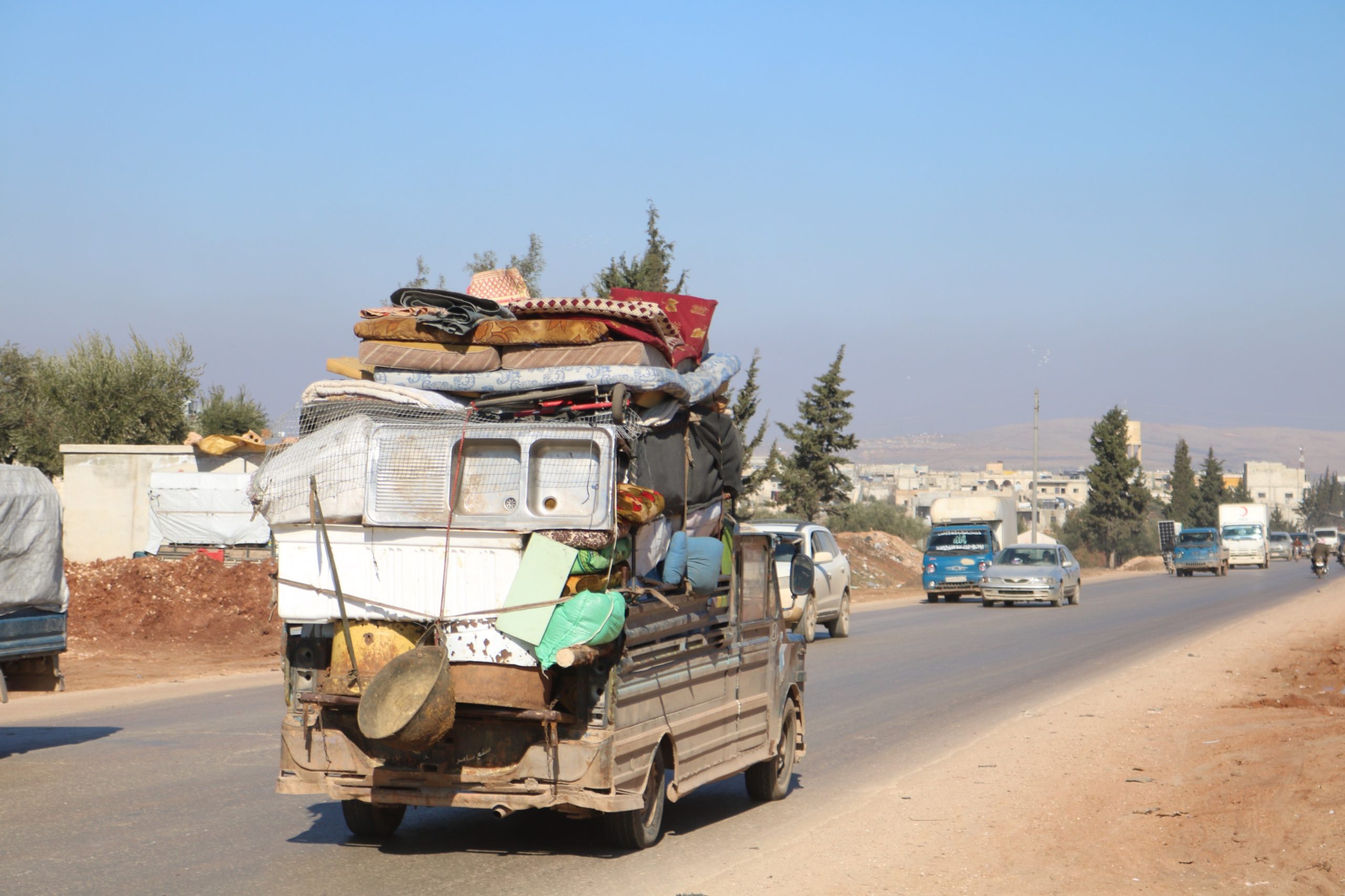 Families on the road fleeing violence in Syria.

“The situation in Idlib governorate is bad beyond anyone’s imagination,” says Nuha. “In the past two weeks, we have seen thousands of families flee their homes and cities and they are moving north, trying to reach the camps next to the Turkish border. This is one of the most dangerous trips a person could make to save their life.” 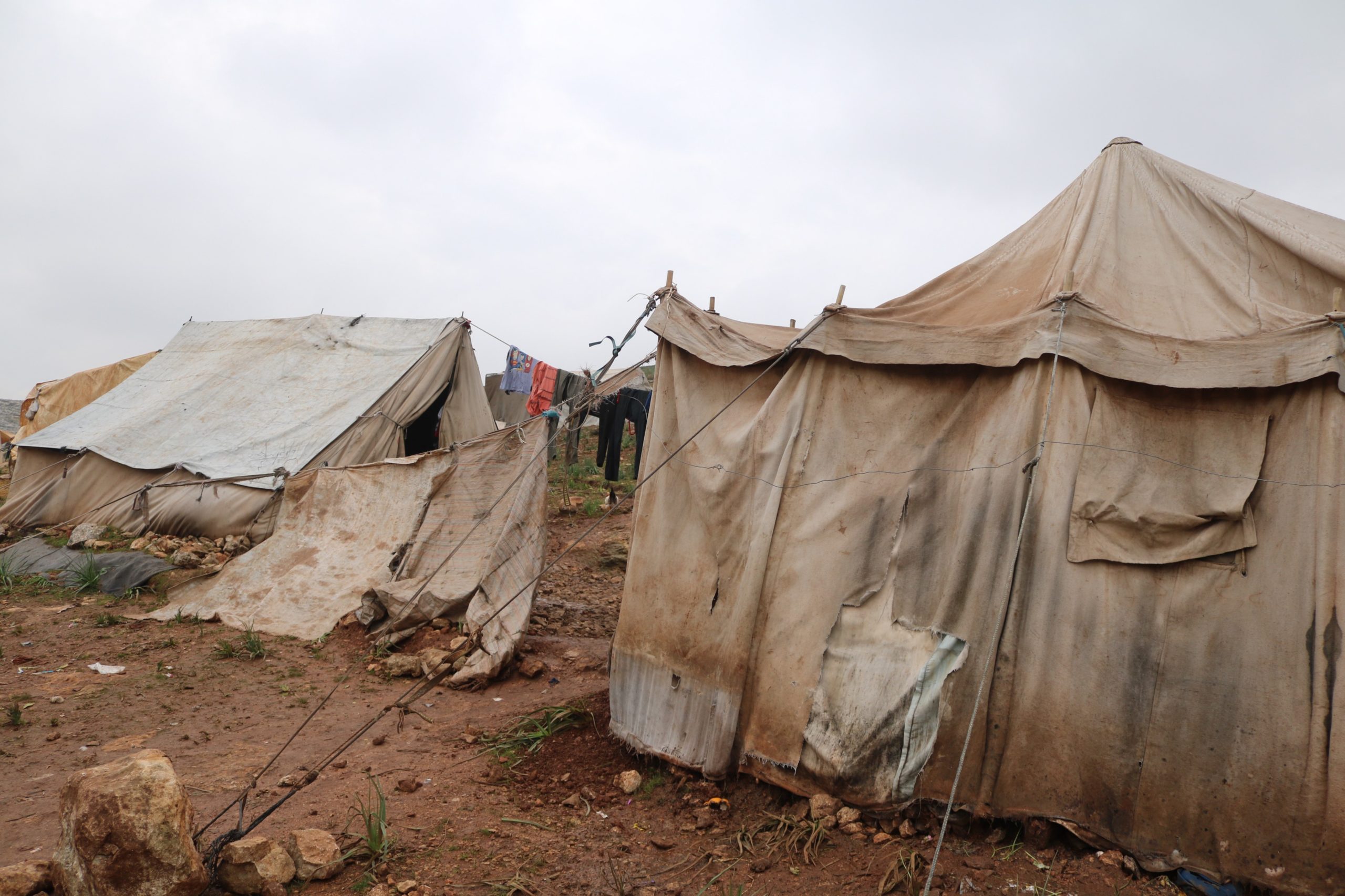 Families across northwest Syria have packed up their lives, loaded vehicles with whatever they can carry — a kitchen sink, a pile of mattresses and a lifetime of smaller possessions — and left their homes in the middle of winter. Eighty percent of the refugees are women and children. With temperatures at night barely above freezing, some have no shelter at all. 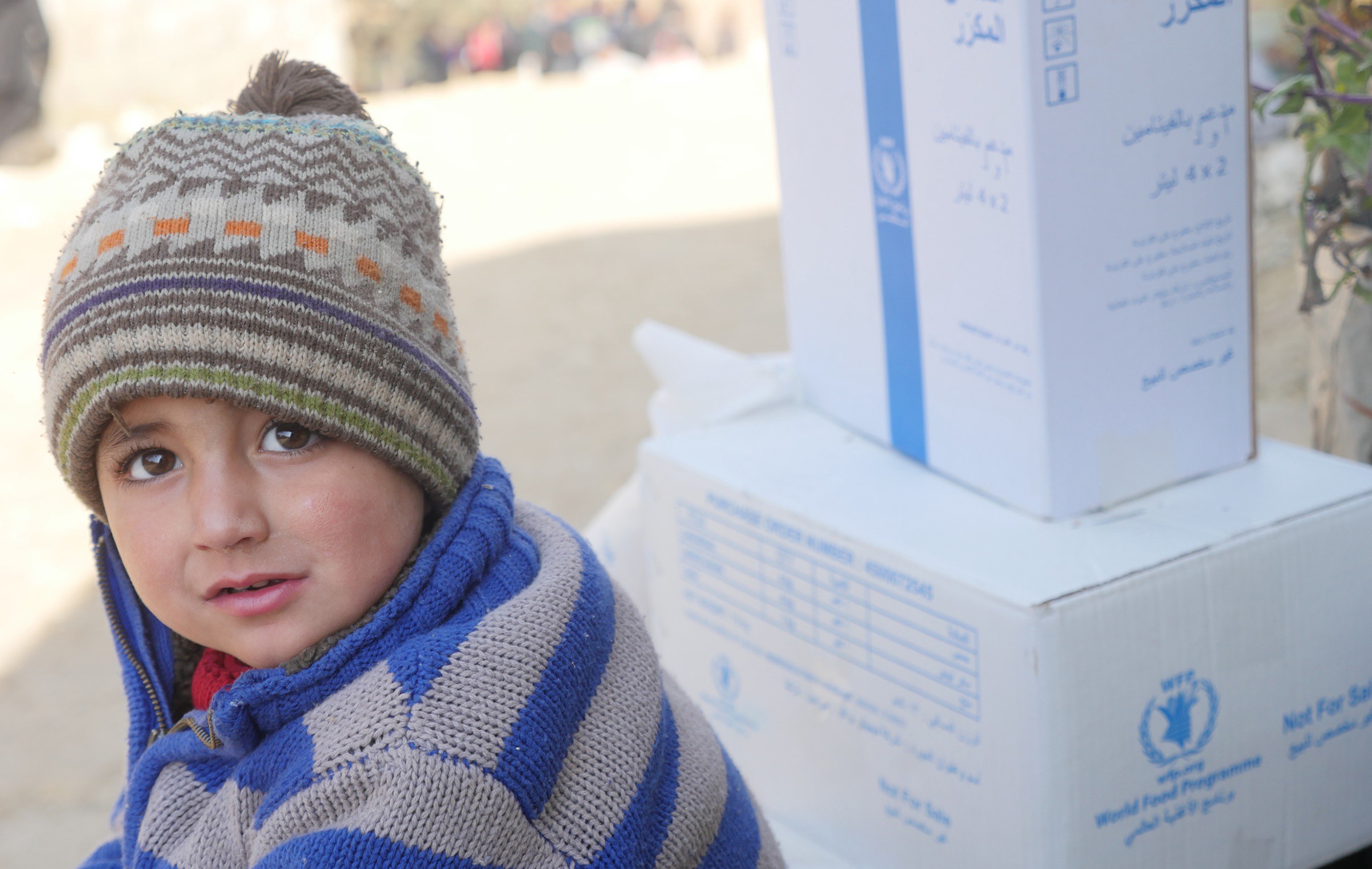 A displaced child waits at a food distribution point in northern Syria.

“Just to see the children sleeping on the wet mud breaks your heart — we worked long hours trying to find them mattresses and blankets,” says Nuha.

“Many of the families that have just arrived near Jabal Al Zawieh [Zawieh Mountain] built their tents using rags and some plastic covers that can’t protect them from the freezing cold weather,” she adds. “The father of one family told me he had no money to pay the truck fees and had to give his furniture to the driver.” 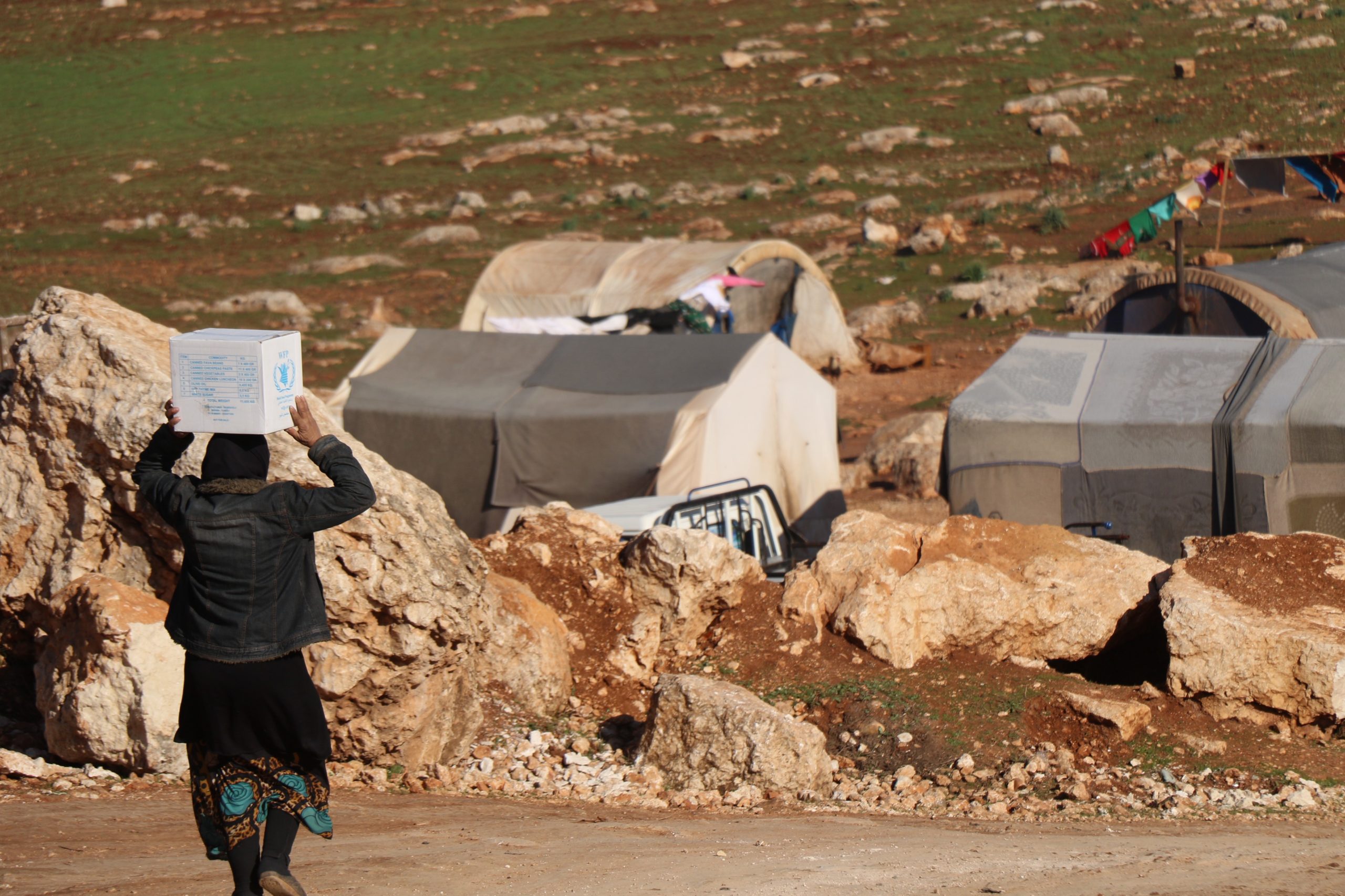 WFP and partners are working around the clock to provide food to displaced families.

Fatigue, fear, cold weather, a lack of shelter and uncertainty are forcing families to make unimaginable decisions: stay in camps and sleep in freezing conditions or return home to face ongoing violence?

For families and NGO staff on the ground, the situation is dangerous and unpredictable. Missiles continue to fall, and the front lines are constantly changing. WFP partners are regularly moving their food distribution points away from the conflict to ensure that families and staff can stay safe. Some humanitarian workers are becoming displaced themselves.

“There are unprecedented traffic jams not only because of the large number of people and vehicles on the run,” says Nuha, “but also because of large amount of shelling that prevents traffic from moving for hours.” 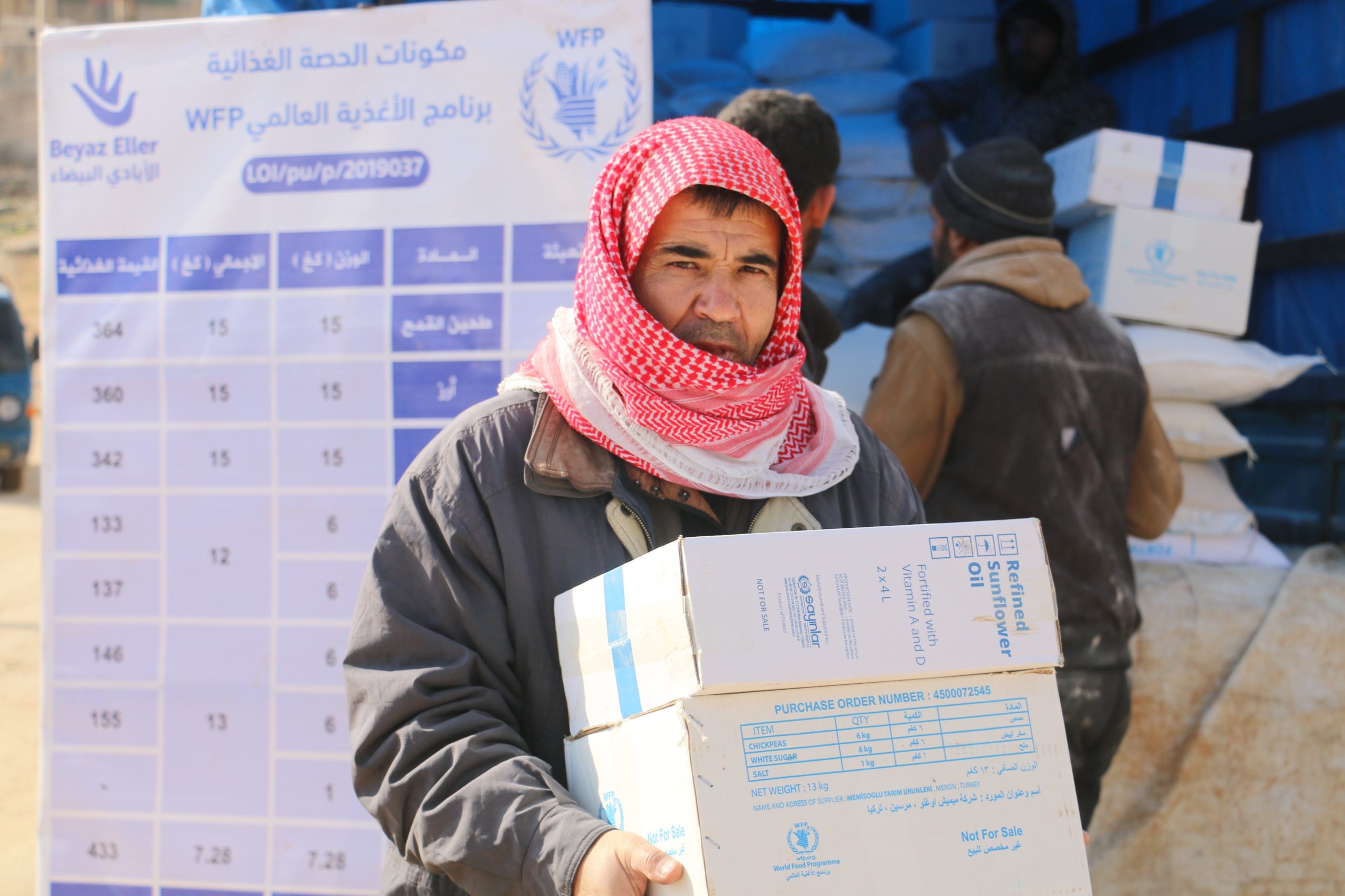 Families face huge challenges in the middle of winter.

For many, this is not their first displacement. Idlib used to be a safe area where thousands of families found a home having fled violence across Syria over nine years of conflict. They are already extremely vulnerable, and finding a safe space is becoming increasingly difficult.

Working closely with partners, in January, WFP scaled up to provide ready-to-eat meals to more than 221,000 displaced families across the northwest. WFP is also providing monthly food assistance for 1.1 million people in the northwest. 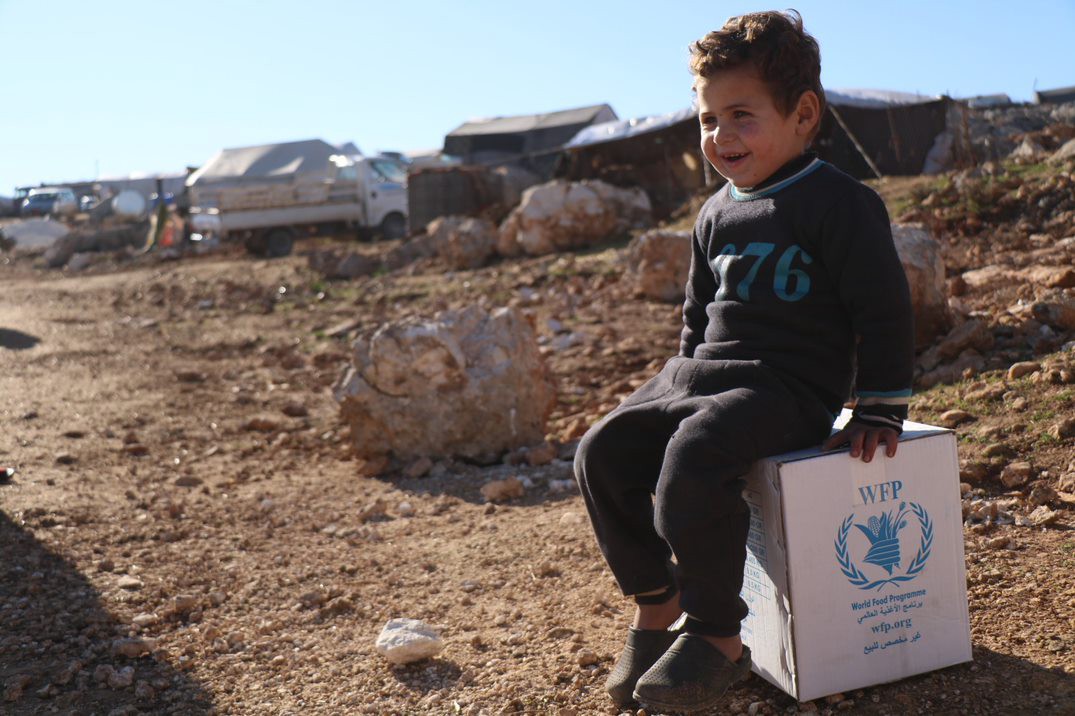 Children yet to make it to a camp face freezing conditions

“Now the number of newly displaced people is beyond what we can assist,” says Nuha. “A few days ago, I met a pediatrician at Danah hospital. He told me the number of asthma cases arriving at the hospital since conflict has resumed is unprecedented — some of the children’s fingers and toes had turned blue due to the freezing weather. He expressed his concern regarding a lack of fuel for the hospital’s generators, and said they urgently need more to continue treating patients.”

“People have lost hope to find a secure place to stay. All they want is an end to this war so they can go back to their homes.”