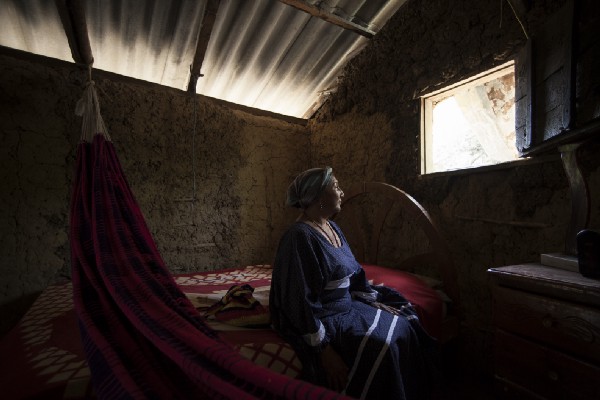 Forced to Restart Her Life, Twice

Armed conflict forced Leticia and her family to flee Colombia 20 years ago. Now, the crisis in Venezuela is forcing her to return to her country empty-handed.

It was painful, but necessary, for Leticia Bonivento to leave Colombia decades ago. Paramilitary groups murdered her brother-in-law. She had to put her university degree on hold and migrate to Venezuela with her husband and their two children.

Today they return to the land of their ancestors, after having lived in Maracaibo, Venezuela, for almost 20 years. They arrived at Curarí, near the guajira city of Maicao where her sister-in-law and her people opened their arms to Leticia and her family.

“They welcomed us with a lot of love, hugs and also tears, because 20 years ago they saw us leave in search of our dreams,” says Leticia. “Today we return again, practically empty-handed, leaving all our work in Venezuela, and having lost a member of our family.”

Leticia is a strong woman. Together with her husband, she has raised her family. Despite having lost her daughter to an illness, she gets up every day to do what she is most passionate about: starting businesses and finding new opportunities to ensure the future of her surviving child.

Leticia Bonivento in a typical house of her neighborhood. 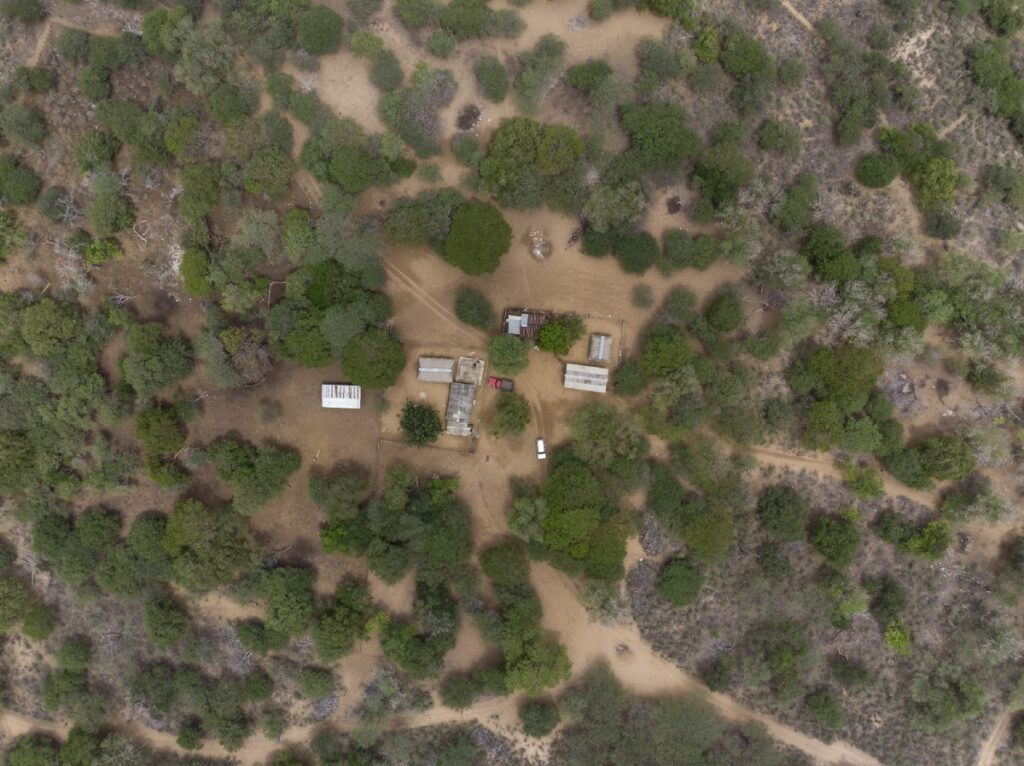 Aerial view of Curarí. Part of wayúu is in the La Guajira desert, in Colombia.

That’s how her life was in Venezuela for many years. “We worked very hard, and it was very difficult in the beginning. We settled in Los Puertos Altagracia, near Maracaibo, which is where eventually we had to leave all of our things and our home. That’s where life smiled on us. ”

As soon as she arrived in Venezuela, she started working to support her family, selling arepas. “I had never done this before, but it was honest work and it helped me live with dignity. We did not have everything, but we had the basics. ”

From the sale of arepas she expanded to other prepared foods. Then she started a business selling fruits and vegetables, and eventually started selling meat and cheese as well, products of mass consumption in Venezuela.

With a loan, she was able to change the way they worked and further grow the family business. Her husband got a job and she started distributing products. “I’ve always been known for being able to sell stones if they are put in my hands,” says Leticia proudly.

Her progression from saleswoman to food distributor within three months helped improve their financial situation. “We no longer had to sell food on the streets, because we had something more stable.” 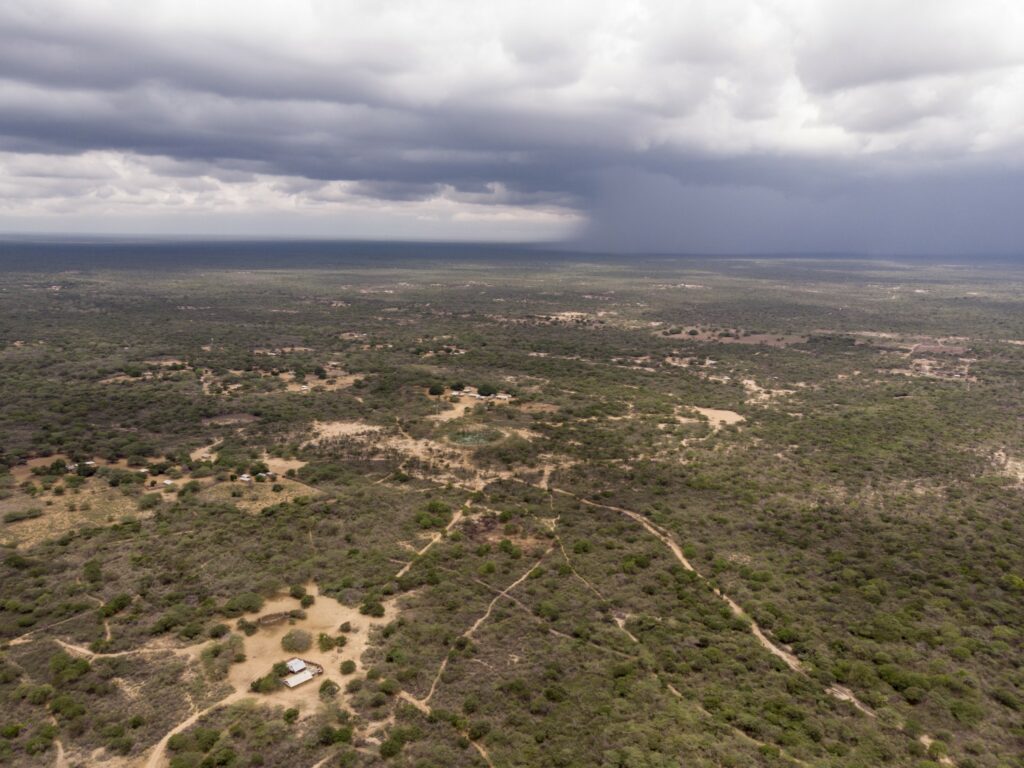 Leticia went as far as establishing a large and well-stocked store, while her husband built a brick factory and bought two cars. Apart from doing well financially, they were creating jobs.

The plan was to work hard “to have a quiet old age with our children and assure their well-being,” says Leticia.

Where will we go?

The store went under, and they stopped receiving rent for their rental properties.

“When the country went under, so did our assets,” says Leticia.

It forced the couple to leave the country that had given them so much. “We have to go back to Colombia, but where are we going?”

They packed some of their belongings – whatever would fit in their car. “We did not want to be in the streets, with people pitying us. We decided to return to the rancheria, to our community, to my community.”

Leticia and her family arrived in the land of their ancestors through an illegal passage on the Colombian-Venezuelan border. They had only themselves and their will to fight. They had hope and the wish to forge a better future for their children. She asked herself:

“If that country smiled on us, why would our own country not smile on us? Why wouldn’t our people give us the hand that Venezuelans gave us when we arrived in their country?”

It was painful to leave behind her friends and acquaintances, and especially the country that had so generously opened its doors. “We left everything behind, but the most painful thing was leaving my daughter buried there; That hurt a lot,” recalls Leticia amid tears. 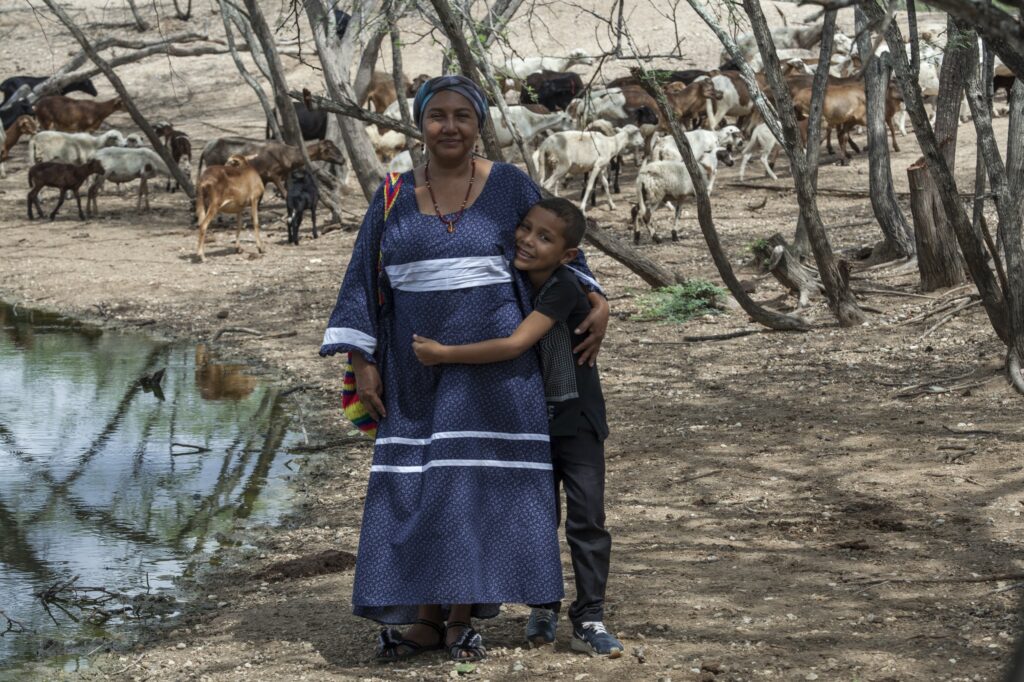 The crossing was not easy, she explains: “The little we brought with us we lost along the way, in payments to the ‘mecateros’, the paramilitary groups. There were many groups, and each had to be paid to let us through.”

The experience upon arrival was different. “In the ranchería our family was waiting for us with open arms. I found a loving family, full of hope, with open doors and outstretched arms.”

Leticia dedicated herself to participating in all of her community’s programs and activities. She wanted to be part of her ethnic group again, to be a Wayúu, and she offered to help with whatever was needed.

“To be able to reintegrate, we had to adapt to the system. If we just longed for what we used to have, we wouldn’t be happy. You have to try to laugh, no matter the circumstances, and move on.”

It’s been a year since they arrived, and now Leticia and her husband run a food store and a small shop selling spare parts for motorcycles. They’ve established a bricks business again and their children are back in school, studying. 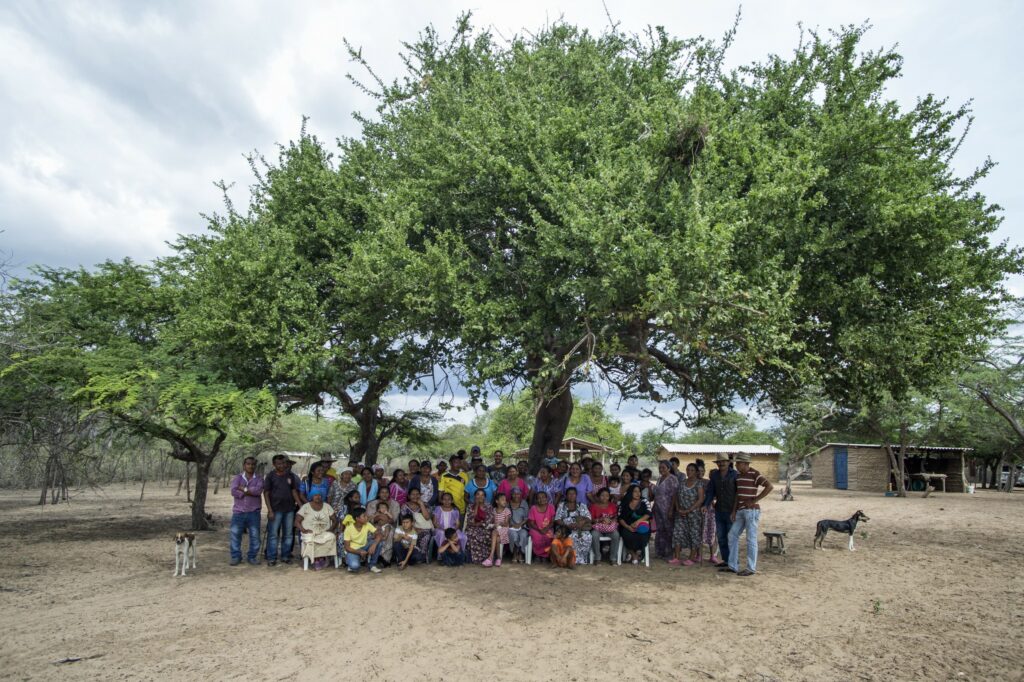 The Wayúu of the Curarí ranchería have welcomed them and more than 50 other Venezuelan and Colombian families, adding up to almost 300 migrants. There are even alijuna people, people who do not belong to the Wayúu ethnic group but who are received and integrated as if they were.

This community, which lives in the middle of the Guajiro desert, gives us a lesson in solidarity and shows us how they have benefited from the arrival of migrants, who bring with them skills and knowledge that enrich their lives, their work and their culture.

Millions of people have emigrated from Venezuela in recent years and more than 1 million are in Colombia. Of these, 90% do not know where their next meal will come from. WFP has responded to this migration crisis with a plan that includes emergency food assistance at points along the Colombian borders with Venezuela and Ecuador. WFP also assists vulnerable migrants in Ecuador, on the border with Colombia. To learn more about WFP’s emergency response, please click here.