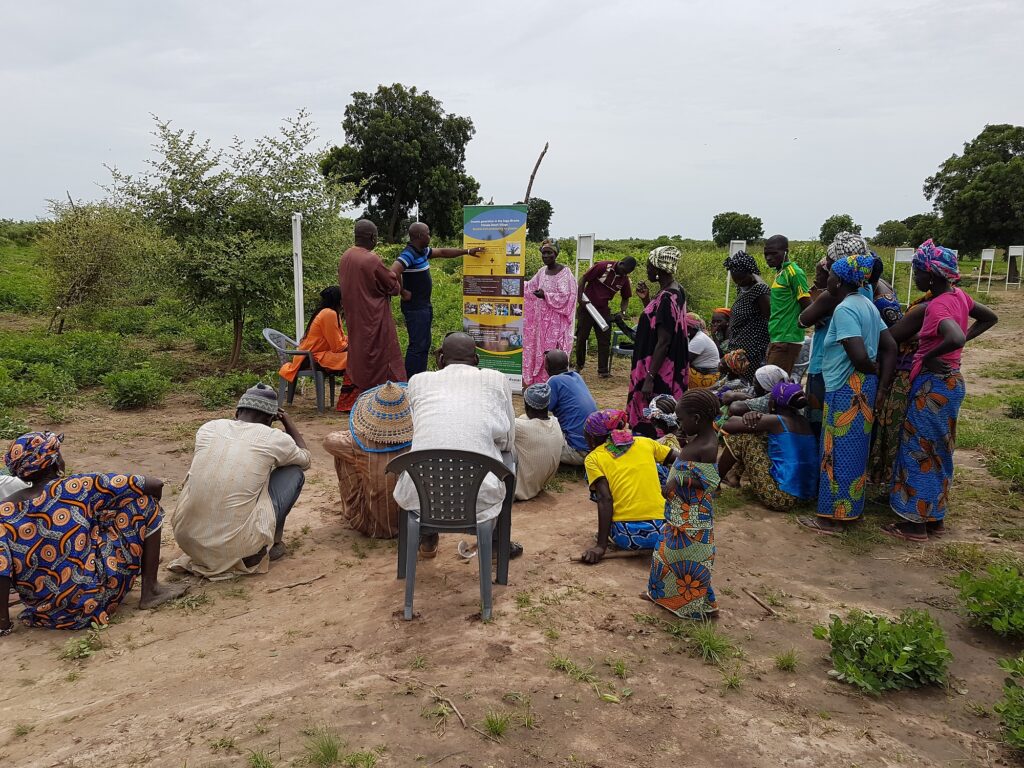 From Senegal to Marrakech: What Climate-Smart Villages Can Teach the World

It took 55 countries representing at least 55 percent of the world’s emissions to ratify the Paris Climate agreement and bind its signers to tackle one of the most important challenges of our time — the causes and consequences of climate change.

In advance of the start of next week’s COP22 climate conference in Marrakech, Morocco, the United Nations and climate advocates worldwide are calling for urgent and ambitious investments to change the trajectory of a warming planet.

Helping farmers and their communities adapt and build resilience to climate change is core to the work of the World Food Programme (WFP) empowering vulnerable communities across the planet to feed themselves. As part of its mission supporting WFP’s work, World Food Program USA is one of more than 70 organizations that form the Earth to Marrakech coalition to raise the volume and visibility of international climate discussions. 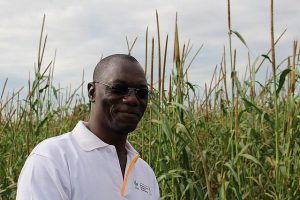 In advance of COP22, we reached out to Robert Zougmoré, a soil scientist based in Mali with CGIAR’s Research Program on Climate Change, Agriculture, and Food Security, to talk about living laboratories of climate action called “climate-smart villages.”

For almost two decades, Robert has worked on soil and water management. He now works with communities in West Africa to learn what challenges everyday farmers face and test how modern technology and climate-smart agriculture can complement indigenous knowledge to adapt and build resilience to increasingly erratic and unpredictable weather patterns.

Q: You took a recent trip to a climate-smart village just a couple of weeks ago. Can you tell us where you traveled and what the farmers and the farms look like in this village?

Robert: We were in Senegal. We visited a village called Daga-Birame, where we have been implementing and testing with the community climate-smart agriculture options in a bid to scale up the promising technology options that may come out from this research.

We emphasize the management of climate-related risk for these rural communities, especially for agricultural production. So in a given village, we try to use climate as an entry point to guide the decision-making about what to do to lessen climate risk and crop failure. It’s a participatory process through which we provide knowledge on climate information to the communities with agricultural extension services. Together, we make a sort of diagnosis of what are the climactic crosswinds, what are the current opportunities in the village in terms of technology and practices. This means farmers will suggest their own practices to face these climatic risks, but also researchers that are among the team will suggest what research can bring in. And together, the choice of promising technologies and practices are chosen for testing by the communities. 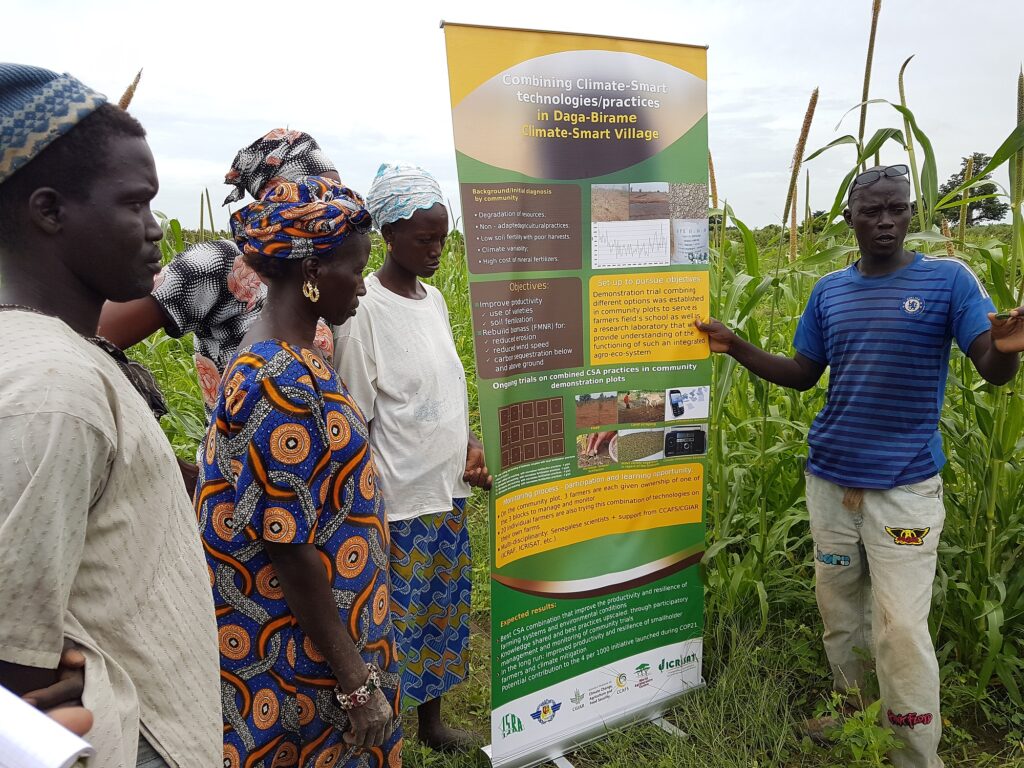 Q: Can you give us an example of the kind of traditional knowledge that a farmer in Senegal might have?

Robert: Farmers in Senegal used to rely on the mystic definition of the rainy season. There are people who can tell what would be the trend of the rainy season. Even nowadays, they are still using this kind of information but in combination with modern climate information provided by the National Meteorological Service. There are also bio-indicators — some farmers will tell you that you if see some birds at the very top of a tree, it means that the rainy season will be above normal. But if you see the bird that is flying at the bottom part of the tree it means that the rainy season will be below normal. So these are some indicators that the farmers are still using in combination with the modern forecasts.

Some farmers used to plant their crops without preparing the soil. What we call in our jargon, “direct sowing.” But now with climate information, they have time to decide about preparing the soil before sowing the different crops. Farmers also used to burn the biomass, the crop residues from the previous rainy season in the field to clear the soil surface for sowing. But with our climate-smart intervention, they realized this biomass can be decomposed to improve the soil fertility. So instead of burning it, they now plow to incorporate these residues into the soil, which helps the soil get the nutrients from the beginning for crop growth

Listen to Robert talk about how he works with farmers on the ground to exchange information during workshops on how a changing climate is affecting their communities:

Q: Can you tell us about the “One Woman, One Fruit Tree” project in Senegal and the purpose of that project?

Robert: It’s part of what we call the “Farms of the Future” approach. We provide to the community a sense of what their future climate might be. We allow the community to go and visit what would be their [future] community according to climate scenarios. And we organize an exchange visit between these two communities so they can learn from the opportunities in the future community and then try to prevent their community from reaching this future scenario.

Q: How have these climate-smart villages changed the way that farmers not only work on their farms, but also how their families eat and earn income?

Robert: For the baobab fruit tree, tree fruit farmers will tell you that since they started collecting the baobab fruit — processing it, packaging it, and selling it — they realized that it is a source of nutrition for their children. It’s a complement in terms of vitamins for the children. So improved food security is one important result. Another example is the case of farmers who have benefited from all these activities we have been conducting in the villages since 2012. They secured the seasonal production of crops and livestock, and so they secured more food and sometimes they don’t need to even complement what they are producing now, which was not the case before.

That is one beneficial impact of providing these seasonal forecasts to farmers. Most farmers will have to plant and plant at least two times because of crop failures at the beginning of the rainy season. But now with the info on the probable onset of the rainy season, which is based on the probability of getting enough moisture in the soil to plant and to succeed in getting the crop [to] come up, this has allowed them to avoid sowing two times in the village, which saves significant seeds.