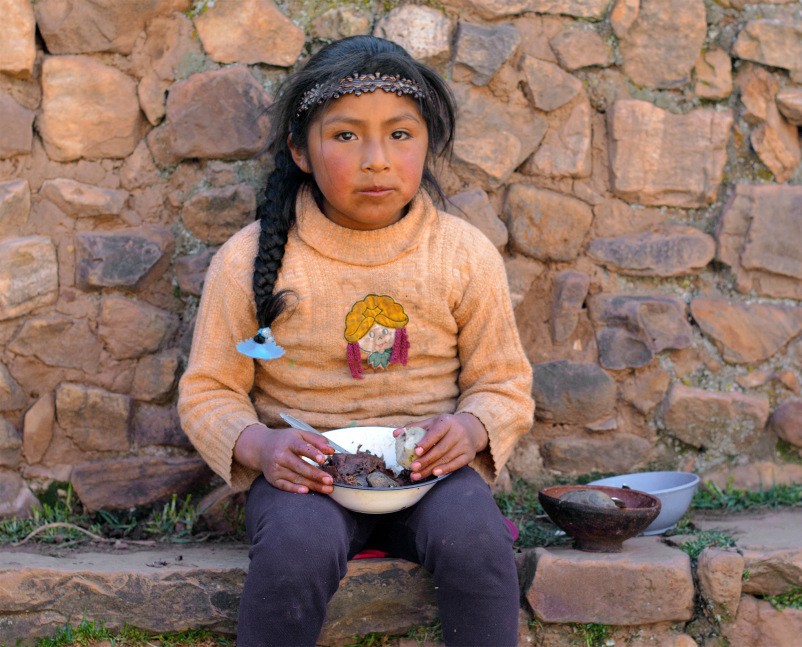 Imagine a family sitting down for a meal – a father, a mother who’s nursing a little baby, a school-aged boy and an adolescent girl. Who has the most on their dinner plate? Maybe Dad, since he’s the biggest and has a physically demanding job. Then the boy – I had two of them and sometimes it was amazing how much they could eat. Then after that, the two slimmest: Mom and daughter, right?

But this so-called cultural norm is exactly the opposite of what ought to happen, and that’s why a new focus on the nutrition needs of adolescent girls could make a big impact on the future of so many developing nations around the world.

Adolescent girls, even more than boys, require the most nutritious diet possible, loaded with fresh fruits and vegetables, along with meat, fish and dairy to give them the key vitamins and minerals that help them to grow. Unfortunately, in far too many areas, the needs of adolescent girls are rarely prioritized.

To make matters worse, those foods rich in these micronutrients tend to cost more than staples like rice or maize, which can be a good source of calories but contain fewer key vitamins and minerals. To get all the nutrition she needs, our adolescent girl’s diet would take up about one-third of the cost of that five-person family meal I just described.

The extra cost is especially damaging to developing countries. According to the World Food Programme’s Fill the Nutrient Gap analysis, at least one-third of households in 20 developing countries cannot afford a nutritionally adequate diet. In Ecuador, 49% of households fall into this category. In Rwanda, this figure is 55%. In Pakistan, it is 67%.

The failure to get girls the nutrition they need has direct implications for the economic development of countries around the world. Investment in girls’ education and women’s employment has been shown to help reduce poverty and child stunting and improve family welfare and GDP.

Poor nutrition compromises not just the health of adolescent girls today, but also their contribution to society tomorrow, and – for girls who go on to be mothers – the health and development of their children.

Yet, we appear to be going in the wrong direction. The 2018 Global Nutrition Report, released last month by a group of independent organisations and experts, highlights that adolescent girls are particularly vulnerable to malnutrition, and that the percentage of adolescent girls who are underweight has increased since 2000. Adolescence is a critical time to get the right nutrition. It’s often called the ‘second window of opportunity’ – a second chance, after the 1,000-day period in gestation and early childhood, when good nutrition lays the foundations for future health and productivity.

To truly make an impact, we need to know more about what influences what adolescent girls eat, and how best to reach them and cater for them in nutrition programmes. At the World Food Programme, we have already started doing research on this issue, but this is just the beginning. Governments, business, civil society organisations, schools and families can all play a part in helping understand why girls eat what they eat through more research and by designing programmes around them – asking them what they think and involving them in the process.

Gender equity is not just a nice catch phrase. Working to create a world where everyone can access and afford nutritious foods, and to educate people about how to understand and meet girls’ needs, are critical to giving girls the chance to reach their potential – for themselves and for the rest of us.

None of this is easy. But in our conflict-ridden world, where so many countries are unstable and failing to develop to their full potential, getting this nutrition work right is a critical part of the puzzle to creating a world with more peace and less hunger.

The bottom line: equity means giving girls not just the same as everybody else, but what they need to achieve their full potential. So why don’t we start with dinner?

*David Beasley is the executive director of the World Food Programme.