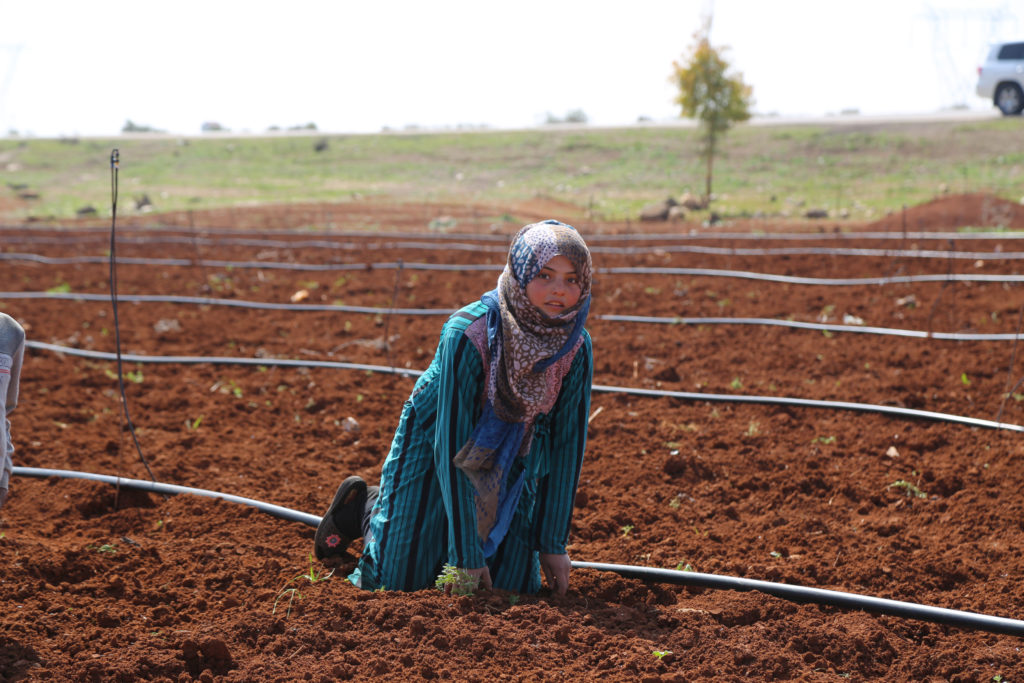 “God help us, for we knew the worst too young”

In 1915, during World War I, as the Ottoman Empire crumbled, Jamal Pasha, the vengeful and genocidal commander of the 4th Army banned Syrian crops from entering Mt. Lebanon — a semi autonomous region encompassing the Beirut area on the sea and the Bekaa valley almost all the way to Damascus. Then a locust invasion finished off what food was being grown locally, resulting in a famine that killed half the people of what later became Lebanon. An entire generation was lost to hunger. 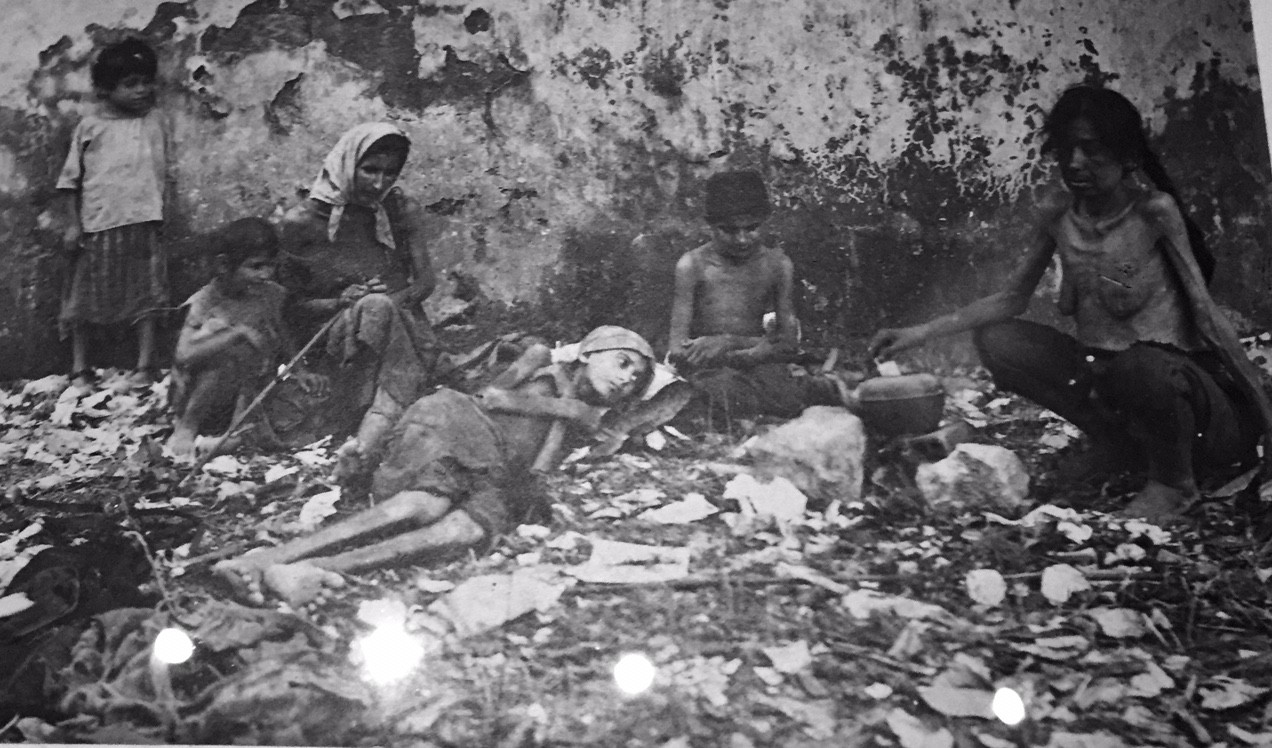 A century later, the echoes of the Ottoman collapse continue to reverberate as the destruction, hunger and death caused by nine years of conflict in Syria send waves of refugees to Lebanon, Jordan, Iraq and Turkey. Many have reached the same European countries that carved up “the sick man of Europe” into brittle states, forcibly interlocking them like pieces from different puzzles.

Hunger and conflict are again leaving a path of shattered hopes and dreams in the region, threatening to cripple yet another generation.

“God help us, for we knew the worst too young” — Rudyard Kipling 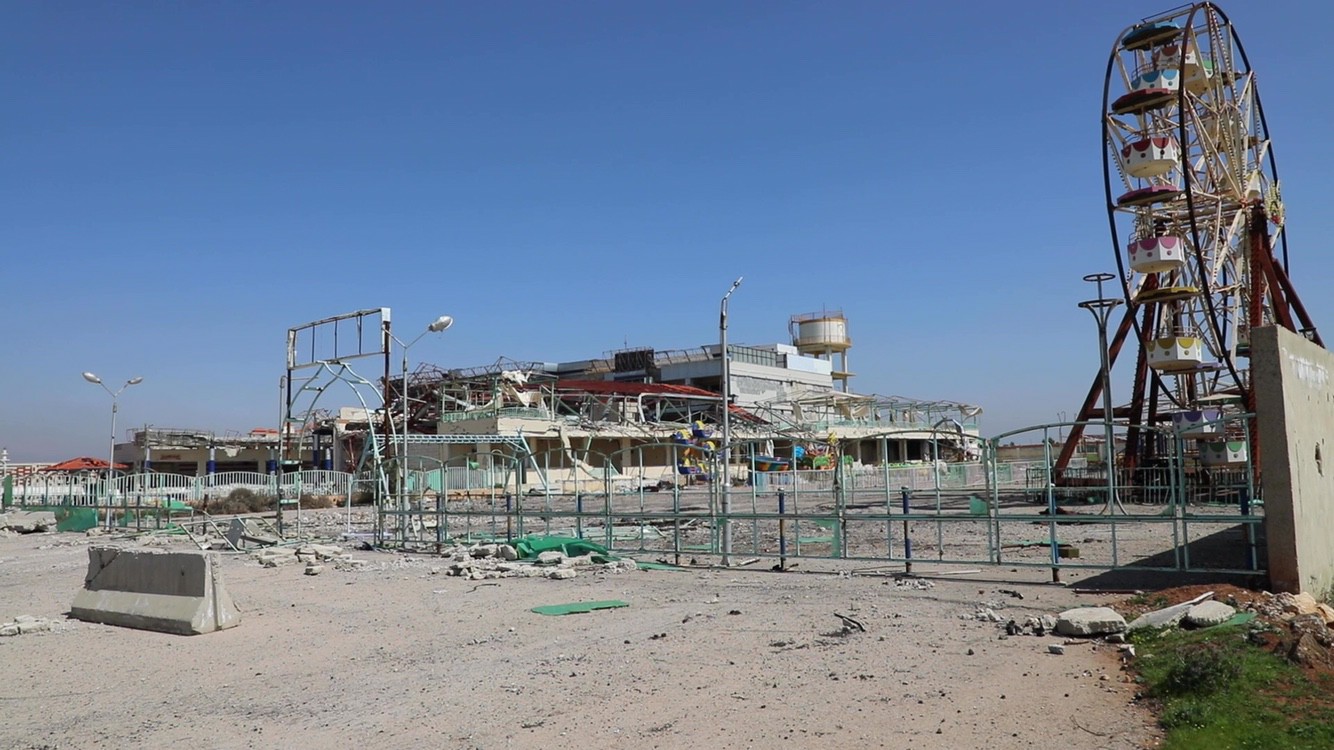 An abandoned amusement park near Daraa symbolizes the shattered childhood of a whole generation of Syrians.

Near Daraa, less than an hour from Damascus, I come across an amusement park pockmarked with craters from mortar shells. Colorful mural-covered walls depicting cartoon characters have been aerated by bullets. The seats on a ferris wheel swing empty in the wind.

No children are playing here today — nor will they be back tomorrow or the next day. 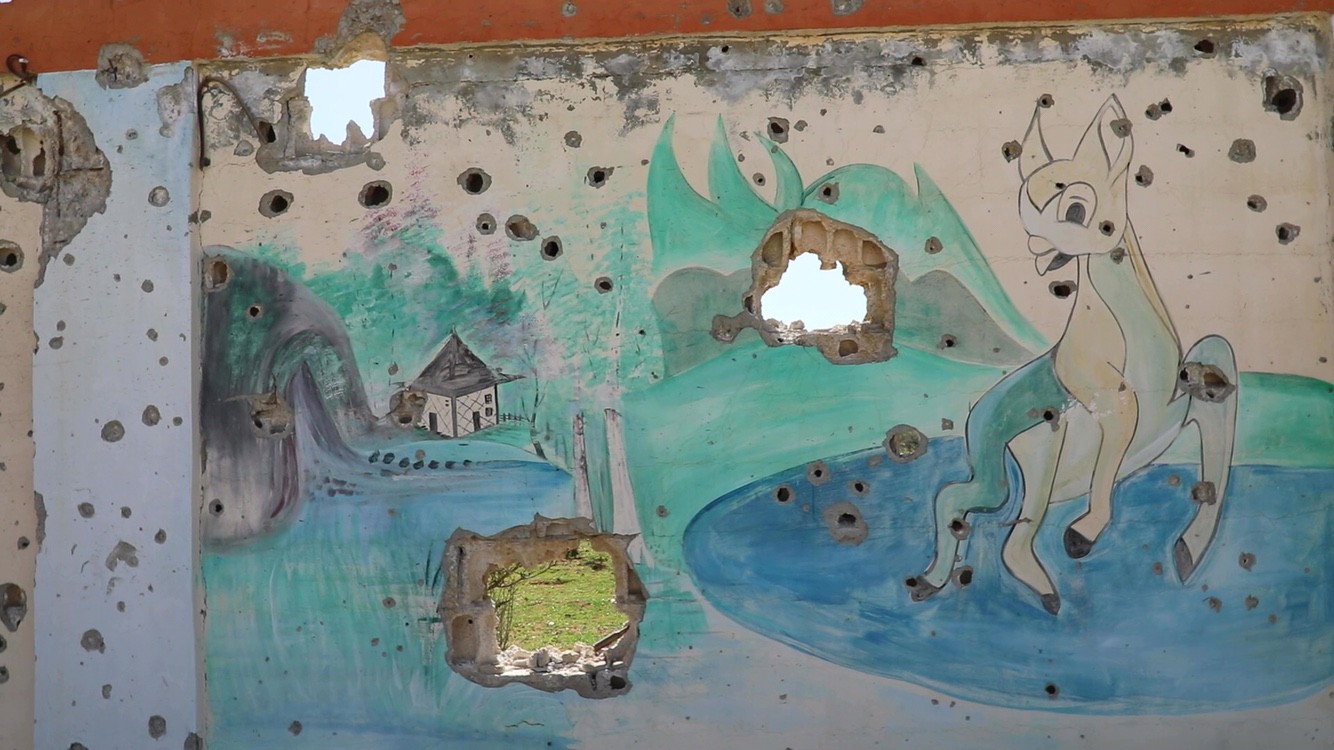 A mural defaced by bullets in Daraa, Lebanon.

So, where are the children?

A few kilometers away I meet 11-year-old Montaha and her siblings. They work on their hands and knees, poking holes in the dirt with sticks. The tracks of their labors stretch across the fields like ribbons weaving around burnt out tanks and other carcasses of war. 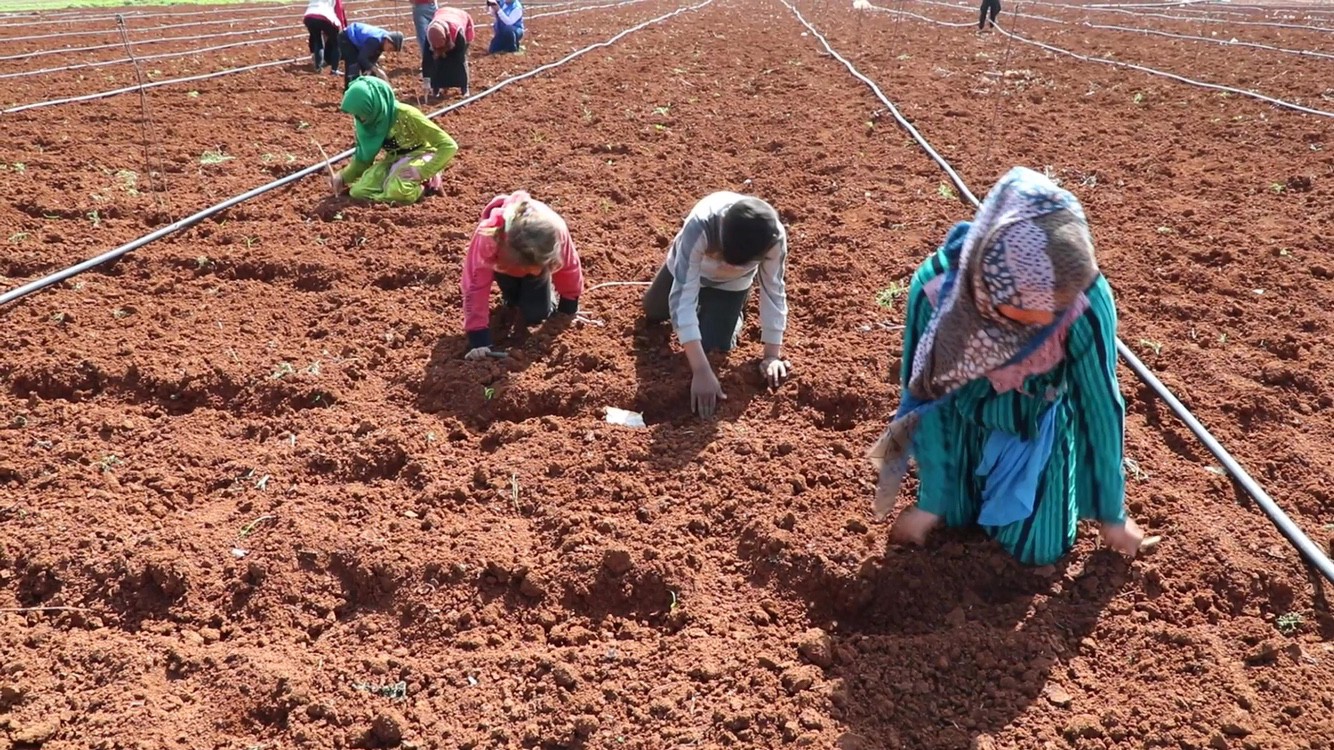 Nine years of conflict have forced some 1.7 million Syrian children to drop out of school.

Montaha hasn’t been to school since ISIS attacked her home town Deir Ezzor when she was in second grade. Now she lives with her family in a tent without electricity next to a highway, 400 km from their home. Her mother, Umm Hani, hangs her head in despair, ashamed that her children aren’t learning to read or write. It would not be any comfort if I told her that they are not alone. Currently around 1.7 million Syrian children are out of school. 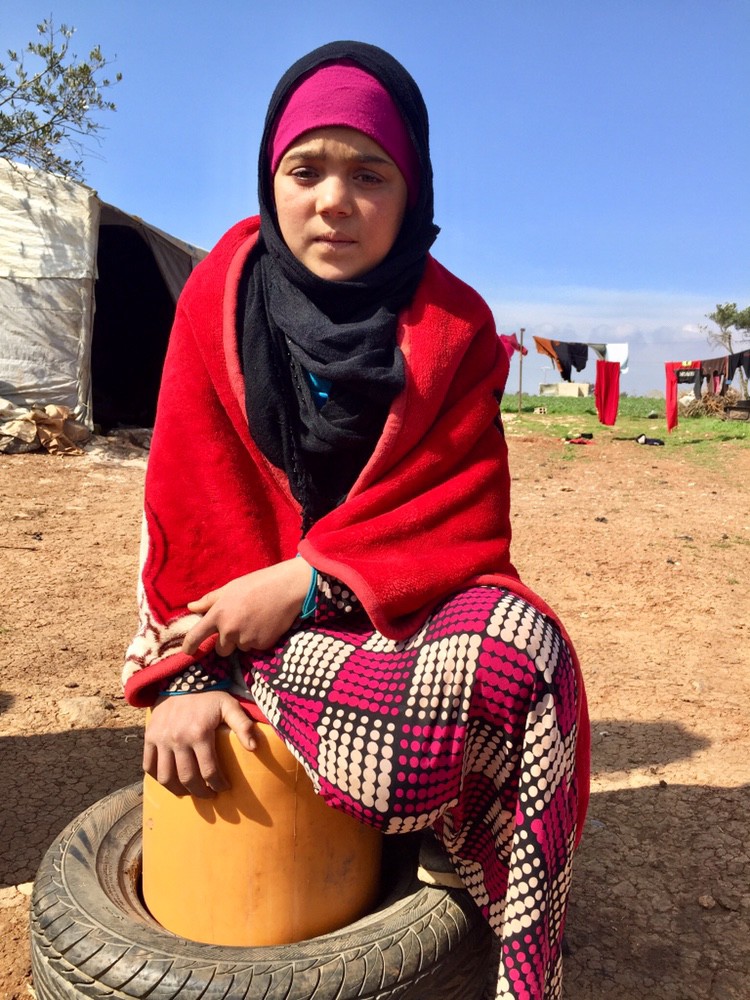 Children like Montaha will have to rebuild Syria, but are missing out on education.

Montaha tells me she dreams of becoming a doctor, an ambitious aspiration for someone who has missed four years of school. But who would be so cruel as to deny her a dream — especially as she and her peers will be responsible for rebuilding their country: a daunting task for such an ill-equipped group. 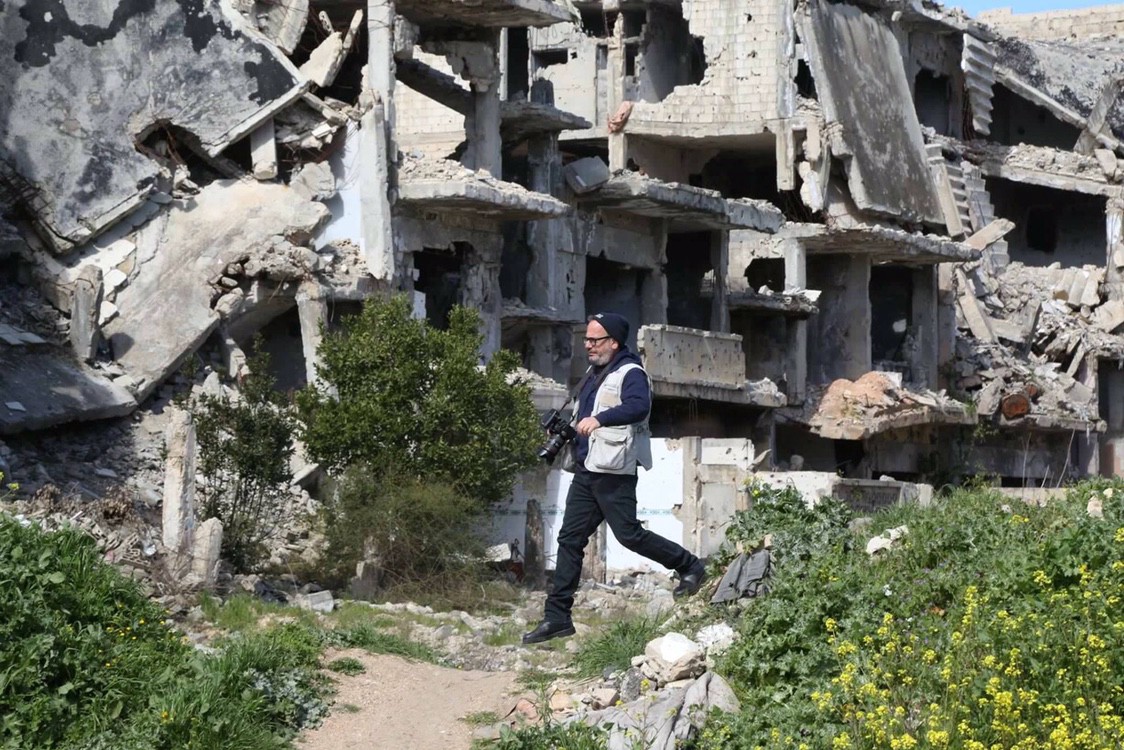 Despite the devastation wreaked by the war, life is slowly returning to Homs. In the photo, the author walks among the rubble.

The city of Homs is now a post-apocalyptic lunar landscape of rubble. Wild dogs wander the streets. Flocks of doves soar the sky, ignorant of the cruelly ironic symbolism those who created all this devastation foist upon them.

But even amid this despair, people are starting to return to what’s left of their homes and communities, determined to rebuild. Amal Jaham and her family fled Homs seven years ago. Her husband is injured and two of her daughters are ill. They returned to their destroyed home a month ago, only to find that it is uninhabitable and they do not have the means to repair it. 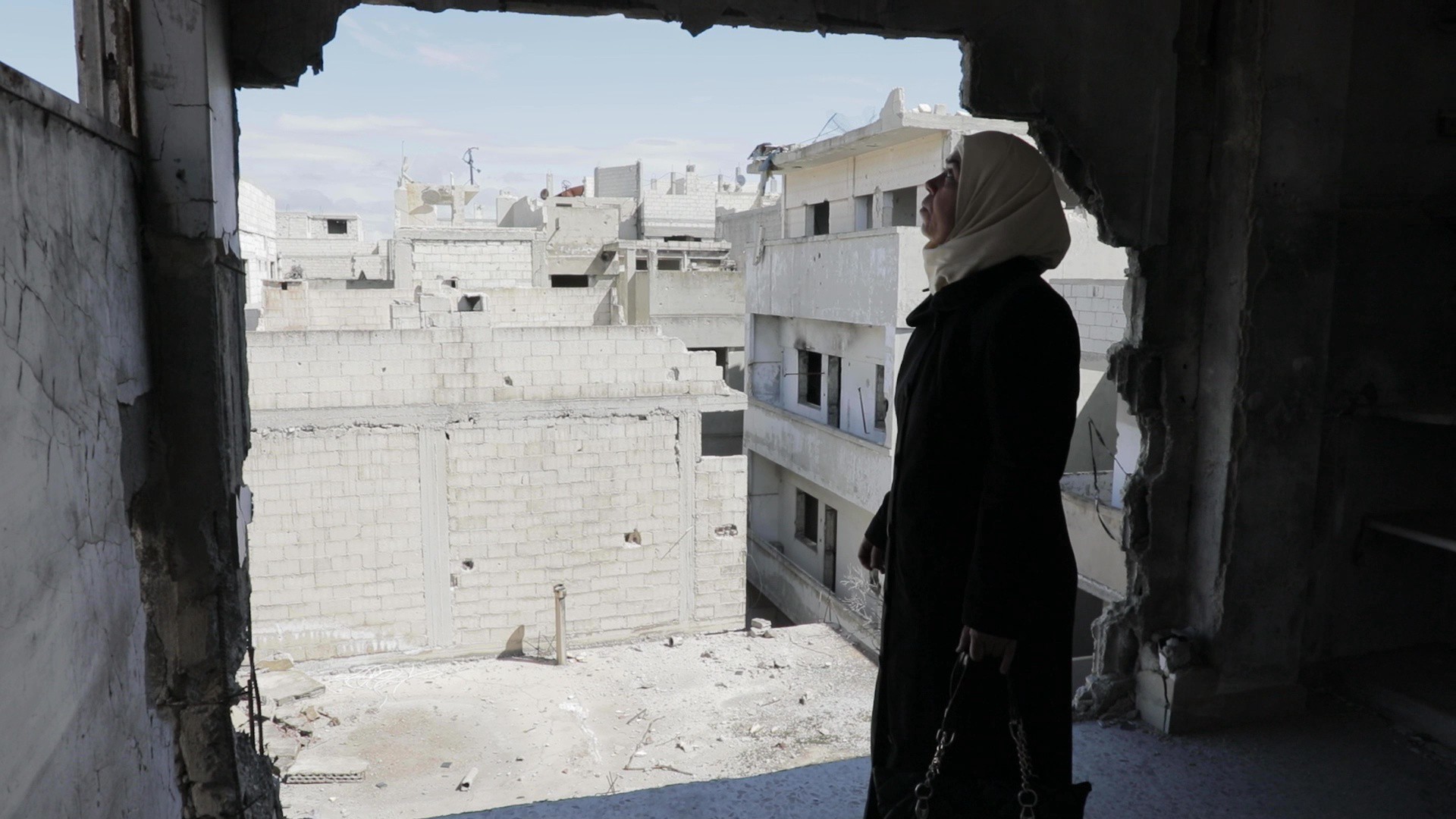 Amal Jaham looks through a hole blasted thru her kitchen in Homs.

As she shows me around, she greets a few of her neighbors who have recently returned as well. I expected tears, relief or joy at these encounters, but everyone we meet seems dazed and overwhelmed, as if they were recovering from a long illness. “Looking around the neighborhood, recalling memories — it fills me with sadness,” she tells me.

’What a weary time those years were – to have the desire and the need to live but not the ability.’ — Charles Bukowski 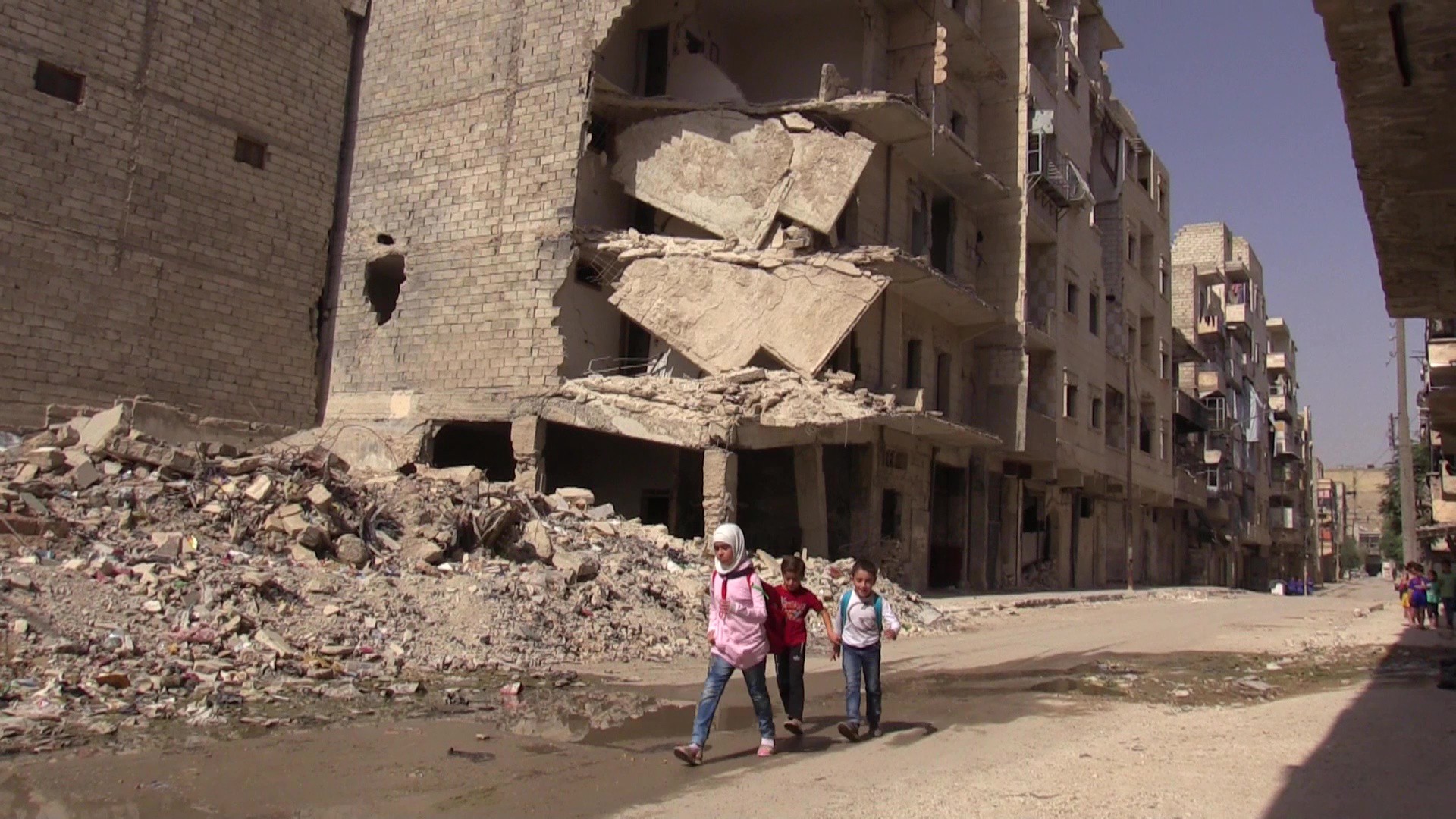 As children go back to class, WFP is supporting them through school feeding.

This spring marks the ninth year of conflict in Syria and, as the fighting subsides, those who fled are starting to return home. If warriors dream of building new empires from the rubble made when the previous one has failed, it’s the people like Amal who will do the actual work. They are inevitably the ones who will use the shovels, hoes and hammers to rebuild their homes, grow food and open schools. There’s no time to waste for the children like Montaha must return to school to nourish their dreams of becoming doctors and start the healing so badly needed in Syria.

WFP is providing food to more than 600,000 schoolchildren, creating an incentive for parents to send their children to school. Every meal taken at school is one less meal needed at home. WFP school meals help children thrive while providing a boost for their families.