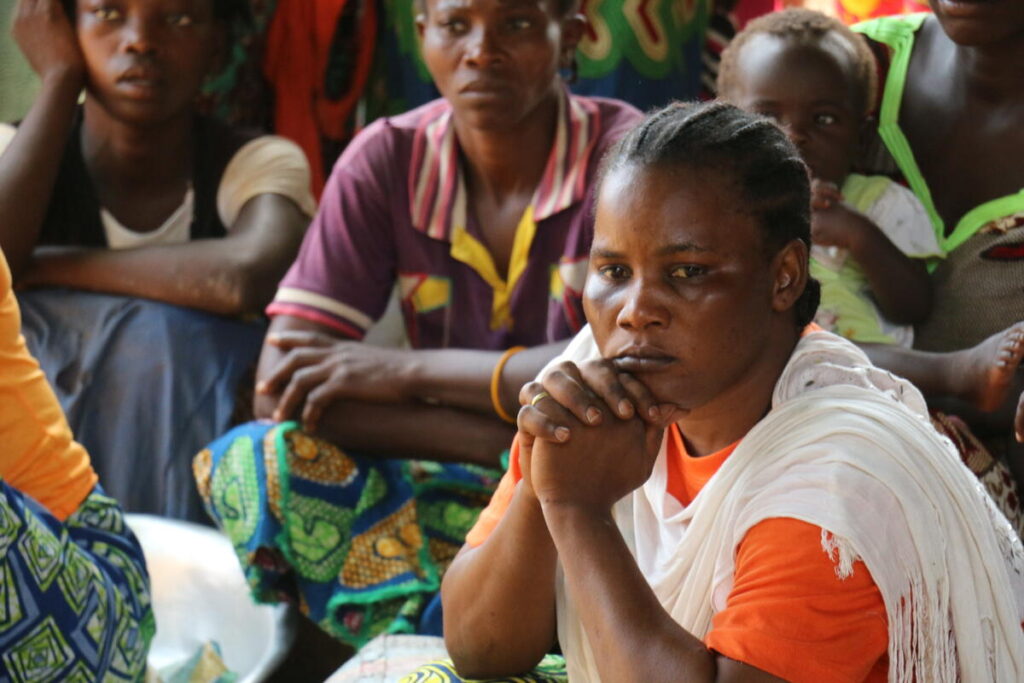 For over 100 years, radio has served as an affordable and trusted form of media—providing professional coverage in real time. From weather forecasts to updates on political instability, families can depend upon radios to hear the news needed to navigate their daily lives. For World Radio Day, we’re taking a look at how the United Nations World Food Programme (WFP)-led Emergency Telecommunications Cluster is connecting internally displaced persons to family members miles away.

The emotion was visible on Audrey’s face as she hung up the phone. She had just spoken to her uncle – one of her only remaining family members – for the first time in years. When she was just 21 years old, Audrey was separated while fleeing armed conflict in Bria, eastern Central African Republic (CAR) in 2017.

“We ran together as a family, but half of them got separated and ended up in a different place to live,” she said. “Some of us – including my two sisters and brother – came here to the camp.”

Today, the U. N. World Food Programme (WFP)-led Emergency Telecommunications Cluster (ETC) is tackling such issues by setting up phone booths and charging stations for technology like radios inside a camp for internally displaced people in Bria. Anyone in the camp can visit the center to call family members, request assistance and charge their devices free of charge. 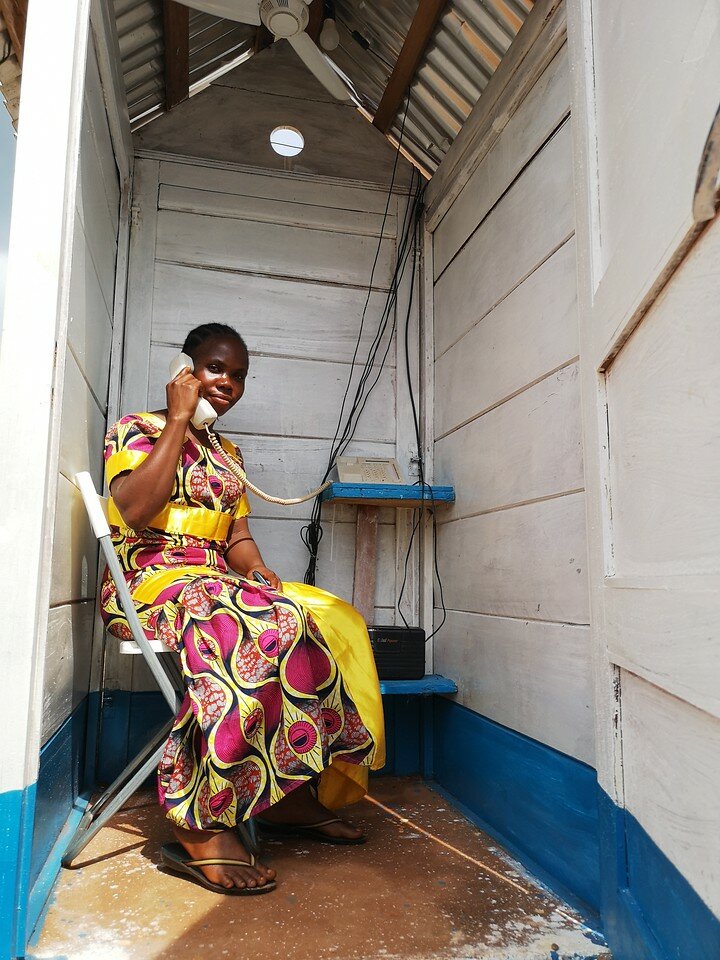 “I came to call my uncle in Bangui to get news and to ask if me and my little brother can go stay with him,” Audrey explained.d

Audrey would have made this call a long time ago – if she’d had access to a phone. In Bria, half the population struggles to access information. Phones are the only way to contact displaced families, yet only a small fraction of people own a mobile phone. 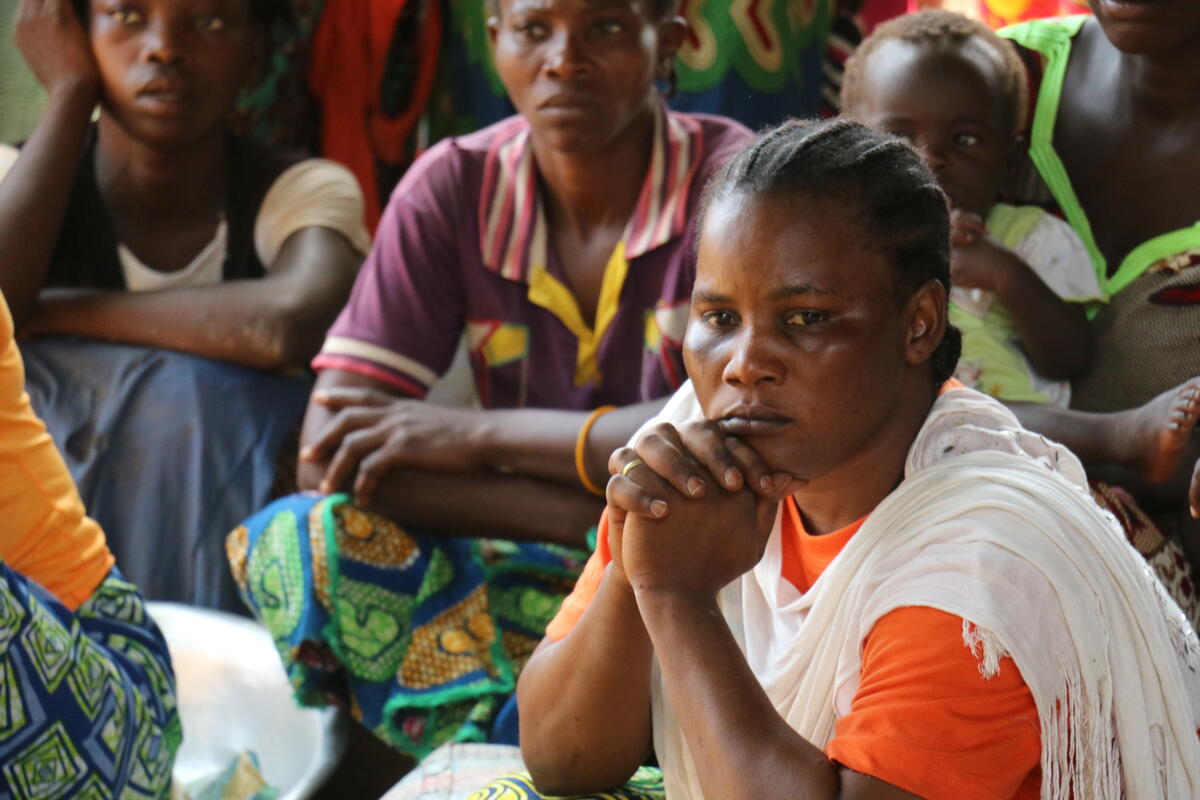 Women often have the lowest rates of access to mobile phones and are left vulnerable to harassment when using paid calling facilities in the camp.

Lack of access to information is crippling for displaced people—many of whom intend to return home one day. Monitoring the movements of armed groups when planning a journey can mean the difference between life and death, and between knowing where to find U.N. World Food Programme food distribution sites and having no food on the table.

In the booth next to Audrey’s, a young father named Joseph called his cousin in a town 600 miles away.

“It’s the first time I’ve been able to speak to my cousin in many years, as I don’t have a phone,” he said. “We have been disconnected from our families for years because of the conflict. I was surprised and happy to see this kind of service in the camp. For us, this is the only chance to get information.”

Joseph was a gemstone miner in the outskirts of N’Dele before conflict forced him to travel with his wife and children to Bria in 2019. His youngest child, just four months old, was born in the camp. Now Joseph is a regular at the ETC center and uses the charging station for his radio.

“We need it to hear news,” Joseph said.

Such charging services are available for a fee in his local market, but Joseph explained that some vendors charge full price and stations often fail to completely charge devices. He not only appreciated getting services for free from the ETC—which means he can save money for family necessities—but also having the sense of security the center offers. 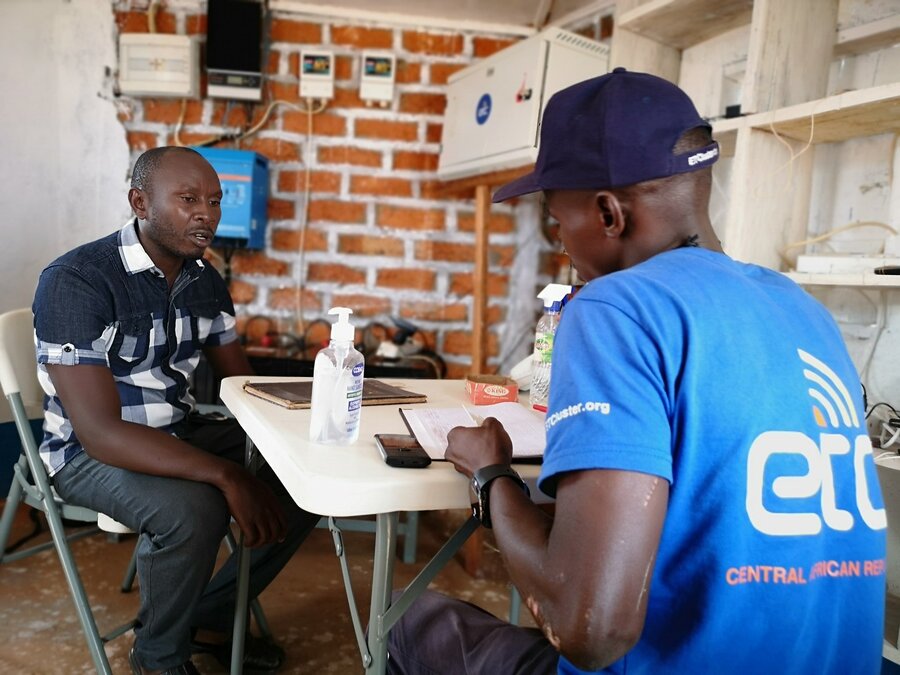 Communication is a powerful thing, especially for internally displaced persons living with uncertainty.

Leaving the ETC phone booth, Audrey exuded a sense of hope as she walked out into the heart of the bustling camp. She was excited to tell her brother that she had been able to contact their family. After four years living in the Bria camp, the two could finally start planning the 350-mile journey to reunite with their uncle in Bangui.

The U.N. World Food Programme is the lead agency of the Emergency Telecommunications Cluster, a global network of organizations that work together to provide shared communications services in humanitarian emergencies.

This story originally appeared on WFP’s Stories on December 14, 2021 and was written by Elizabeth Millership.