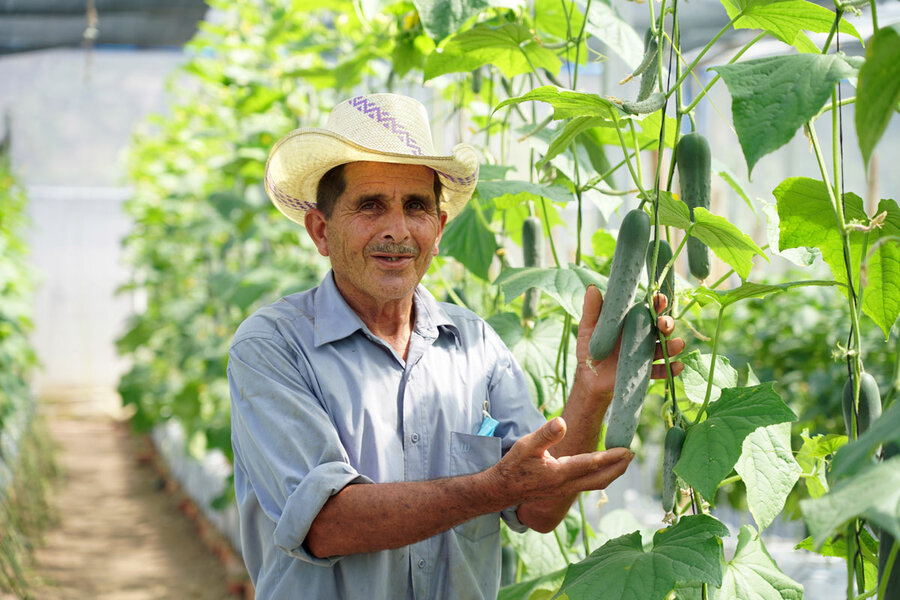 For World Water Day, we’d like you to meet three farmers in El Salvador who have struck gold growing food in a way that’s safe for the environment.

There’s little remarkable about a greenhouse growing chilies, cucumbers and tomatoes until you learn that it’s situated in the ‘Dry Corridor’—a vast stretch of Central America where drought linked to the El Niño climate phenomenon is pushing more and more people into hunger. Farmers in countries such as El Salvador, Honduras and Guatemala are unable to grow crops and food access is withering away.

In one of a number of projects supported by the United Nations World Food Programme (WFP), three Salvadoran farmers have turned one of the driest strips of land in their community of Cacaopera into a green haven.

Cristino, Germán and Petronilo get up at six a.m. every day to work in  “La Casa de Oro”—their house of gold: a greenhouse set up in 2018 that uses the nutritious properties of pumice stones as a substitute for soil. 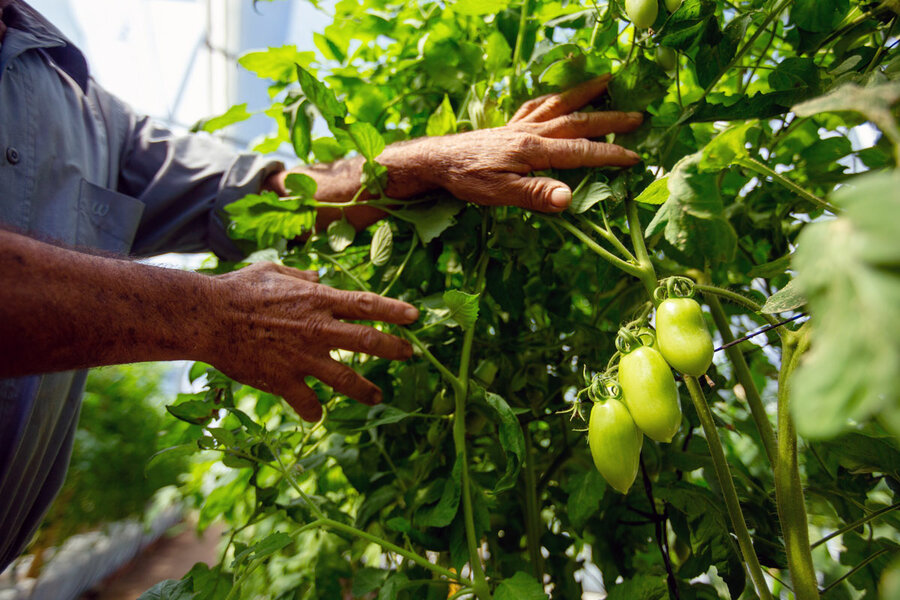 This form of cultivation is an offshoot of hydroponics technology, a method of farming that relies on water rather than soil. 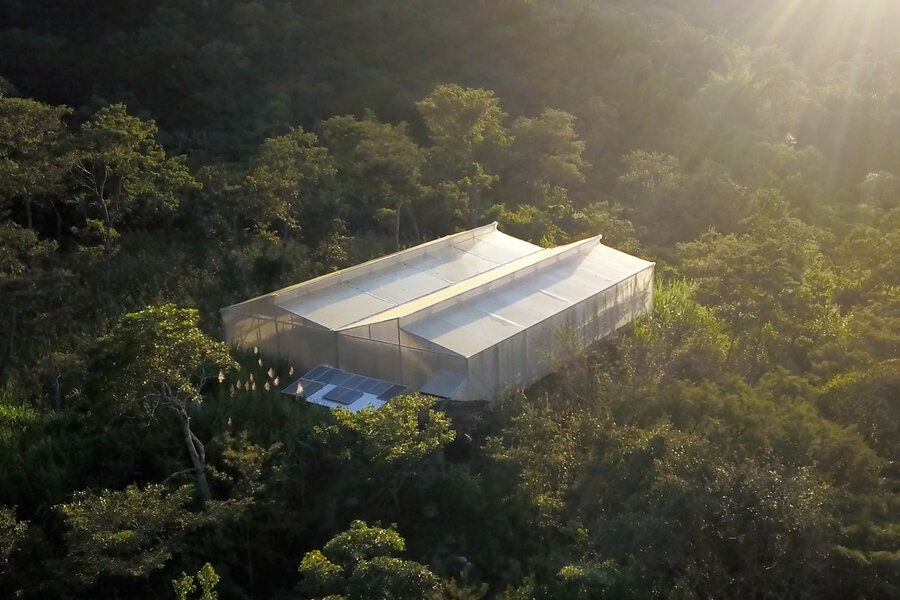 The ‘house of gold’ greenhouse was launched in 2018.

First, solar panels activate the drip-irrigation system of hundreds of buckets collecting water. Fertilizer is then fed into the buckets to nourish crops as they being to grow. On top of solving the huge problem of infertile land, this system reduces the chances of pest infestation, disease and exposure to heavy rains.

In the greenhouse, “there are 14 rows of 76 lines … I love working here,” said Petronilo. 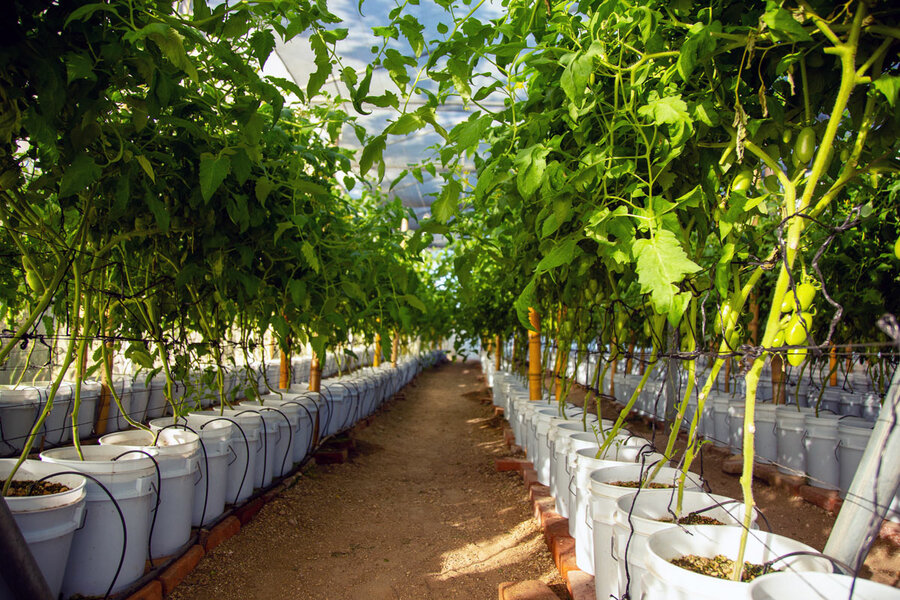 Avenues of buckets are fed a steady trickle of water.

Cristino calls the vegetables they grow a “treasure”—the greenhouse enables farmers to work around the disastrous effects of climate change to produce food over the long term, earn an income and feed their loved ones. 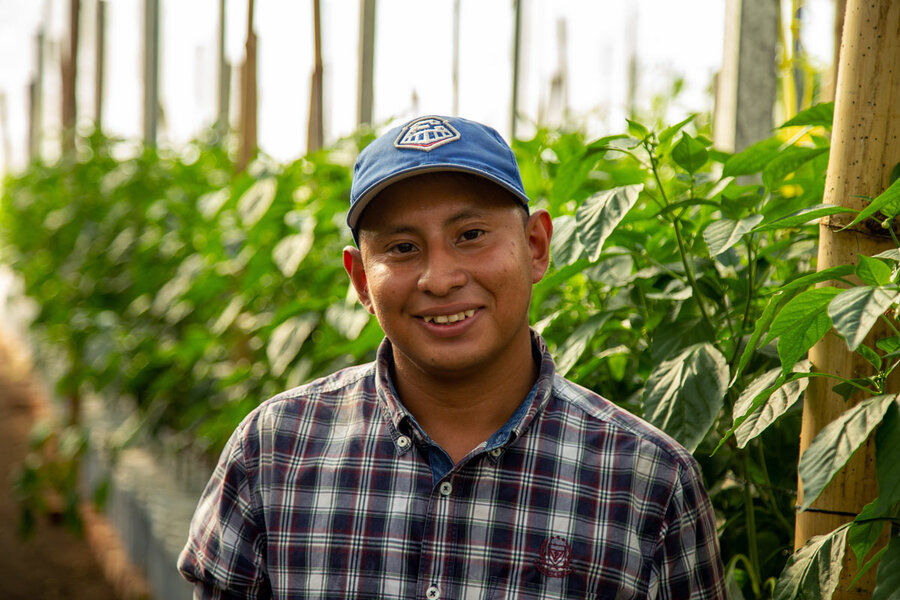 Petrolino is pleased his family and peers are happy with his line of work.

“My family is happy for the work that I do, it is an honest job,” says Petrolino, pointing to the risks facing young men in a place where there are few jobs available. “They know you are not involved in bad things.” 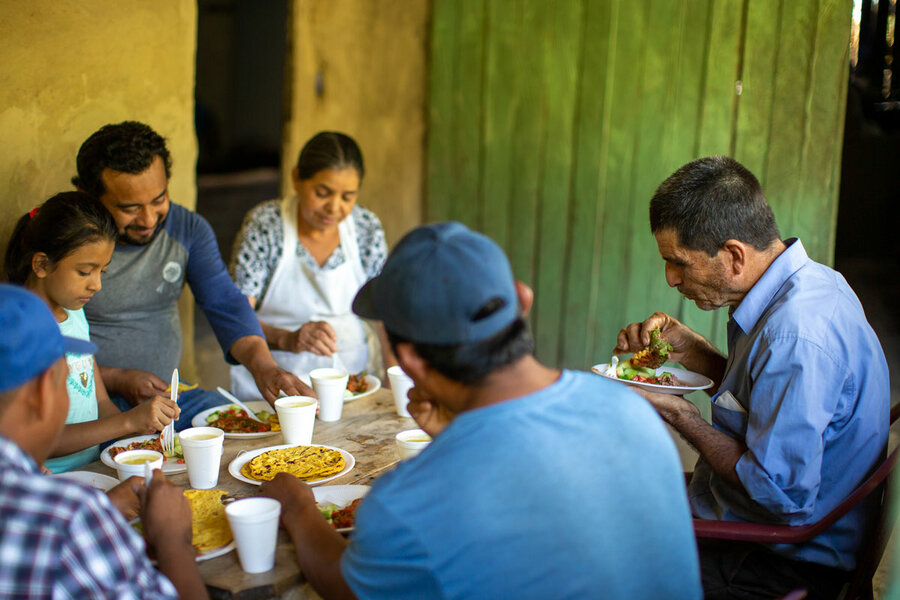 The project allows Cristino to enjoy mealtimes with his family secure in the knowledge that he has an income.

He takes pride in the fresh produce the team take to market and sell: “Several people will benefit from our products, those who buy them, other families—it’s a chain that motivates, it’s a quality product.”

The project equips participants with the technical know-how for this form of agriculture, renewable energies, fertigation (injecting fertilizers) and hydroponics while providing them access to the market. 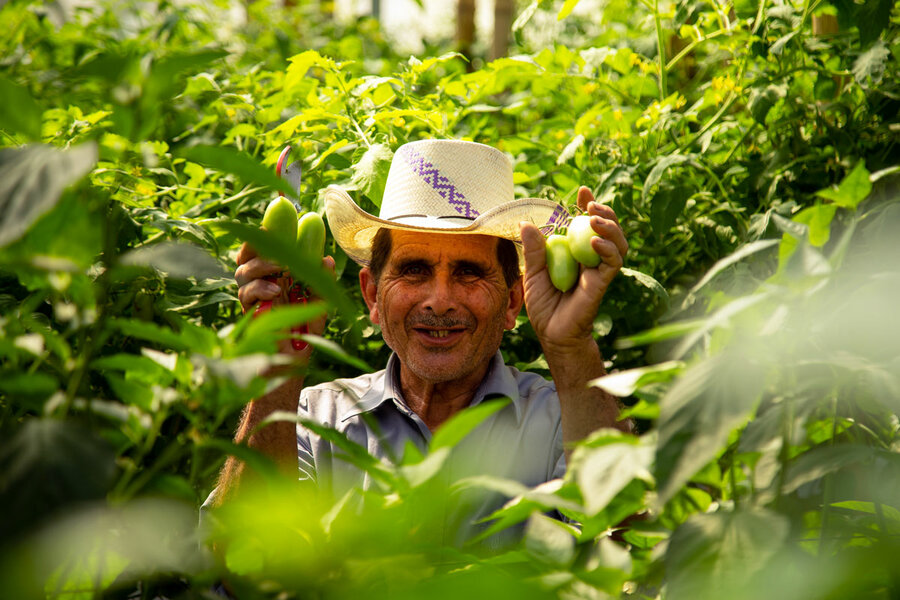 Cristino smiles proudly as he shows his green gold.

The U.N. World Food Programme ended its intervention at Cacaopera last April, but continues to provide tech support. The success of small-scale farmers like Cristino shows how building self-reliance and access to markets can indeed change lives.

This story originally appeared on WFP’s Stories on February 5, 2021 and was written by Haydee Paguaga.