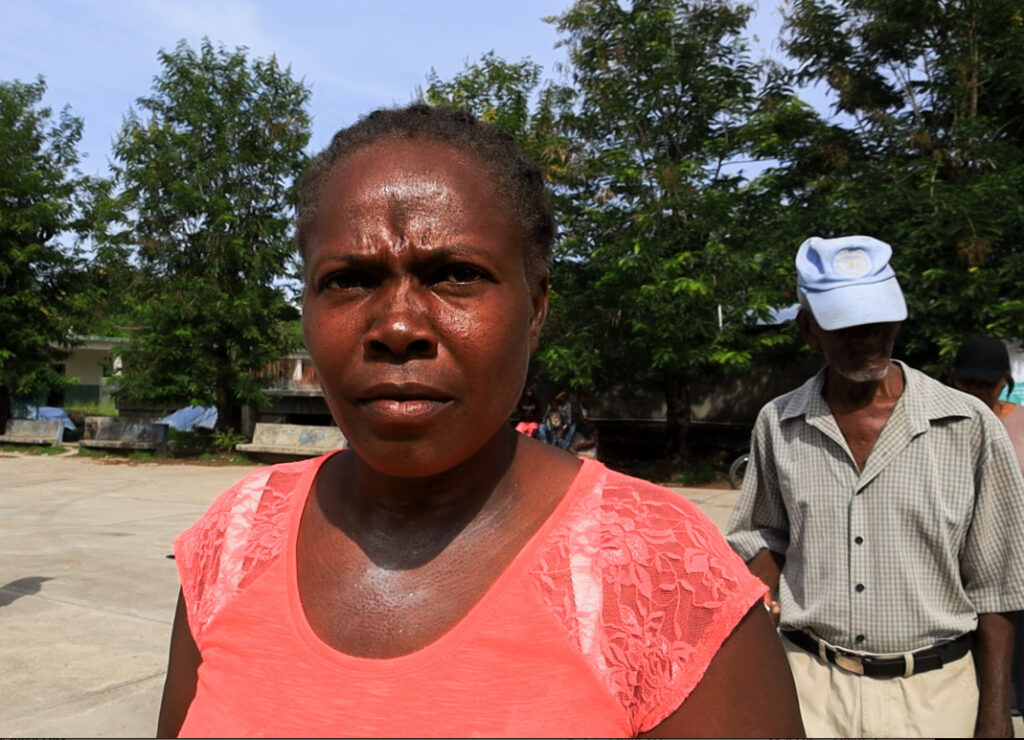 The United Nations World Food Programme (WFP)’s Marianela González reports from areas affected by the 7.2 magnitude quake that struck the country on August 14.

It took me a few seconds to realize what was happening. Port-au-Prince was shaking. Soon, everything went quiet. It was just a scare.

But those few seconds of uncertainty spelled death and destruction for thousands of people in the southern departments of Haiti, hit by a 7.2 magnitude earthquake. 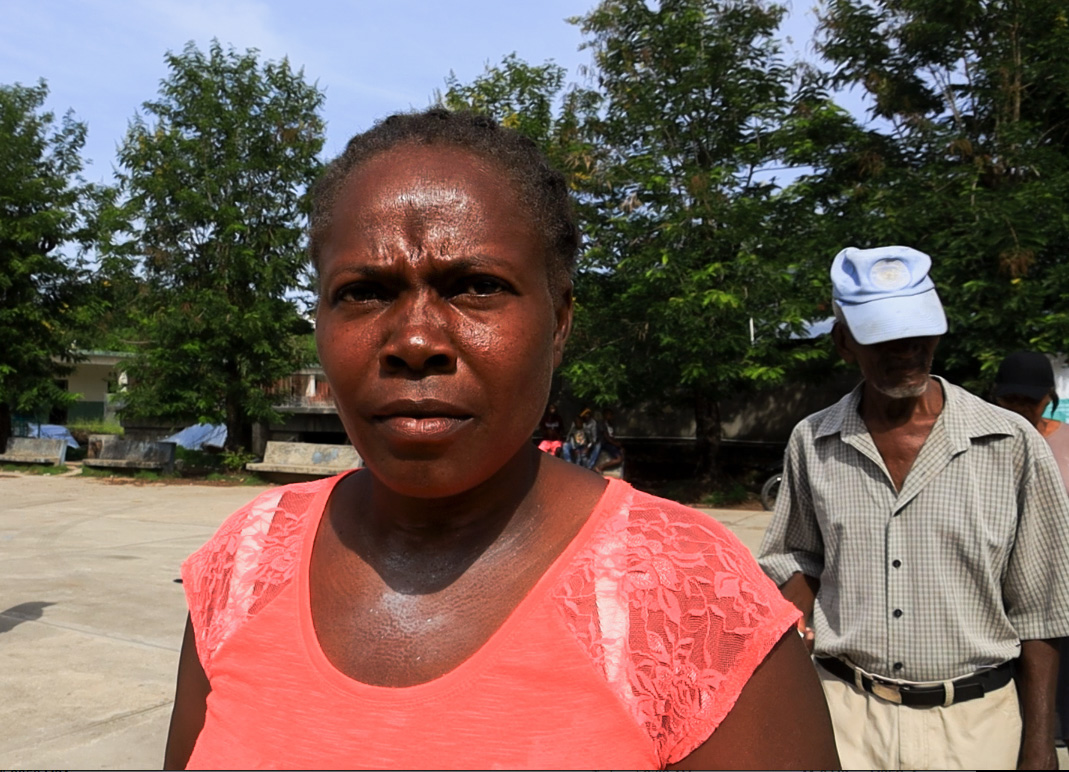 Delinois Asefi (39) waits in line to receive food from the U.N. World Food Programme in Camp Perrin, one of the communes heavily affected by the 7.2 earthquake.

The latest death toll stands at 2,200 people, with 300 still missing. More than 12,000 people have been injured and thousands of houses destroyed or damaged.

Two days later, I was on board a U.N. World Food Programme convoy transporting medical and humanitarian supplies to affected people in the town of Les Cayes.

The U.N. World Food Programme was already working in the affected areas before the earthquake, supporting thousands of people unable to even afford one meal a day. 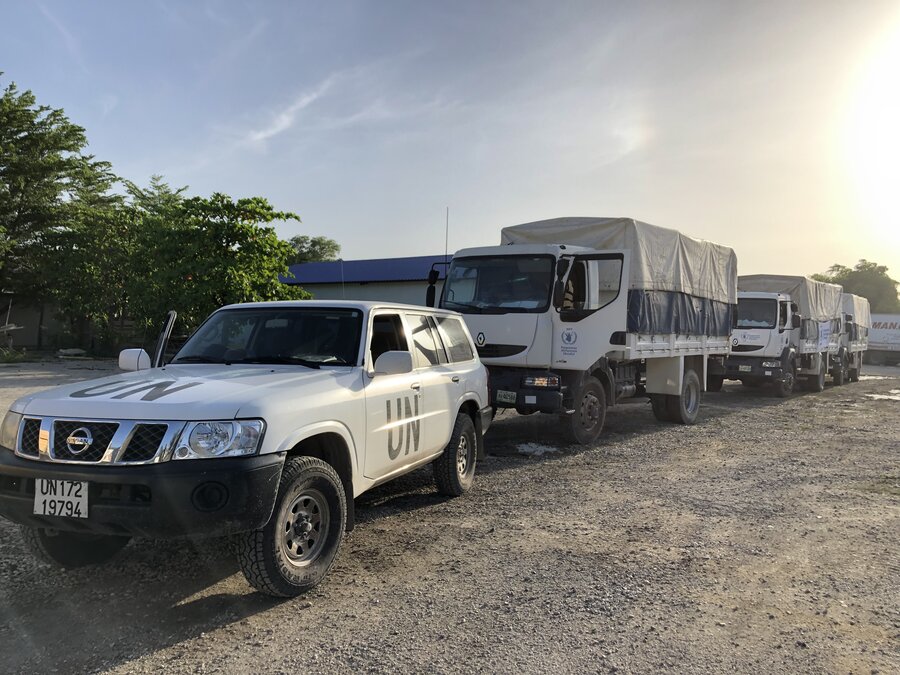 It was these very same people the quake hit, shaking the ground under their feet and destroying the roofs over their heads. A few days later, tropical storm Grace poured heavy rains on them. In Les Cayes, Jérémie and many other communities, the damage is visible – and so is the need.

The earthquake added another layer to the deep, long-running crises that have been afflicting Haiti for a long time. Nearly half the population was already struggling to put food on the table – that’s 4.4 million people, 1.2 million of whom are facing severe hunger. Early estimates indicate that needs in the areas affected by the earthquake have grown by 55 percent. 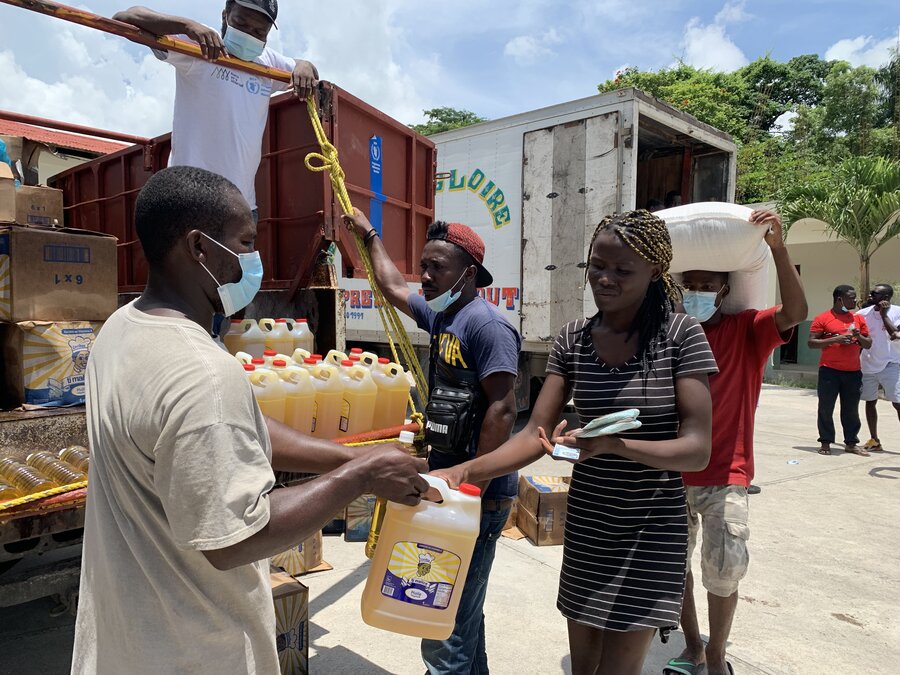 Food is distributed to 3,000 people in Camp Perrin.

So far, we have provided 8,000 hot meals to patients, their families and medical staff in hospitals, and we are continuing with our food and cash distributions. We are also putting our logistics capacity at the service of response efforts by other UN agencies, the Haitian government and NGOs. 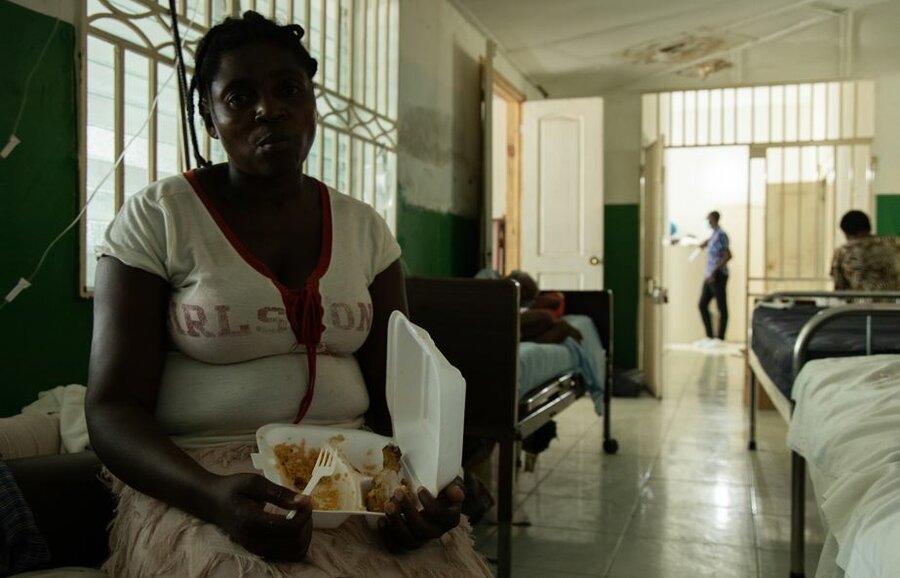 Les Cayes, Mariel Alexis eats one of the hot meals distributed by the U.N. World Food Programme to patients, their families and medical staff at the local hospital.

It is hard to walk into these hospitals, to see families on the street, with nowhere to sleep – especially the children. But it is a privilege – and a responsibility – to be able to bring life-saving assistance to people in their hour of need.

This blog originally appeared on WFP’s Stories and was written by Marianela González.