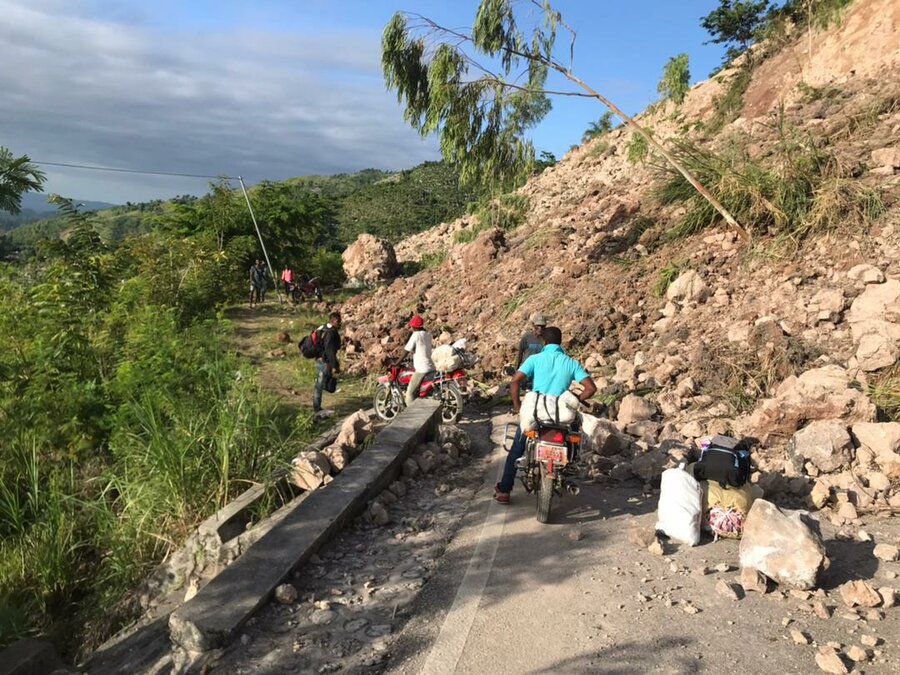 The United Nations World Food Programme (WFP) is working around the clock to respond after a 7.2 magnitude earthquake rocked Haiti on Saturday – killing some 1,300 people, leaving up to 5,000 people injured.

Numbers are expected to rise as search and rescue operations continue. 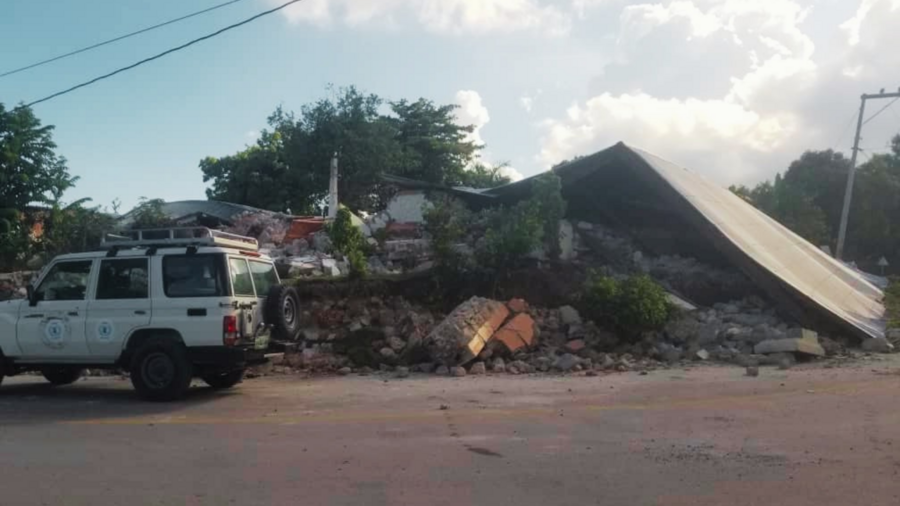 Collapsed buildings can be seen everywhere. This photo was taken in Les Cayes.

The U.N. World Food Programme’s country director for Haiti, Pierre Honnorat, said the organization was assisting hospitals in the badly hit town of Les Cayes and Jeremie with medical supplies – the next step is supplying “food assistance … hot meals for patients and their families.”

Thanks to USAID, the U.N. World Food Programme has 3,500 metric tons of food pre-positioned across the country to respond swiftly in case of disasters. This includes rice, beans and vegetable oil that can support up to 270,000 people for one month.

“The damage today is quite big but we are still assessing … roads are cut off between Les Cayes and Jeremie,” said Honnorat – the two cities, along with Anse à Veaux, have been hit the hardest by the disaster. Public buildings, including schools, hospitals and churches, as well as hotels, have been severely damaged, along with bridges.

“On top of being a health emergency … there is also a logistics and access question,” said Honnorat.

The earthquake struck Haiti while the country was already dealing with multiple crises. Hungry Haitians were already coping with the impact of political instability, gang violence and rising food prices during an active hurricane season. 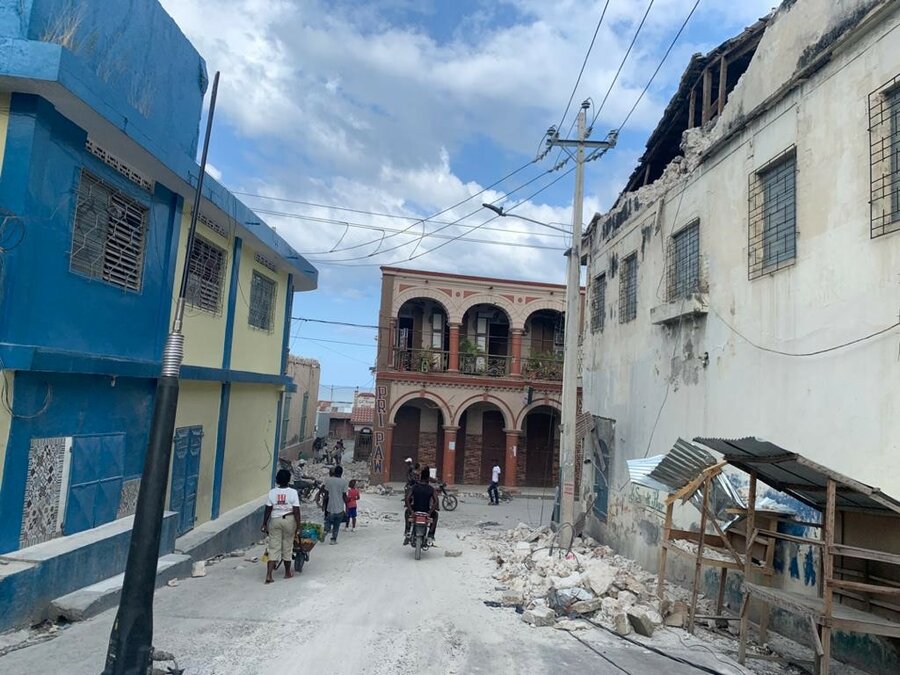 Rubble litters the streets of Jérémie, southern Haiti, after the 7.2 magnitude earthquake.

Even before the earthquake, nearly half the population –  4.4 million Haitians – needed immediate food assistance. Over 1.2 million of them suffered from severe hunger. U.N. World Food Programme operations in the south of the country were already planned to support 194,725 people in the Grand’Anse, Nippes and Sud departments in 2021. 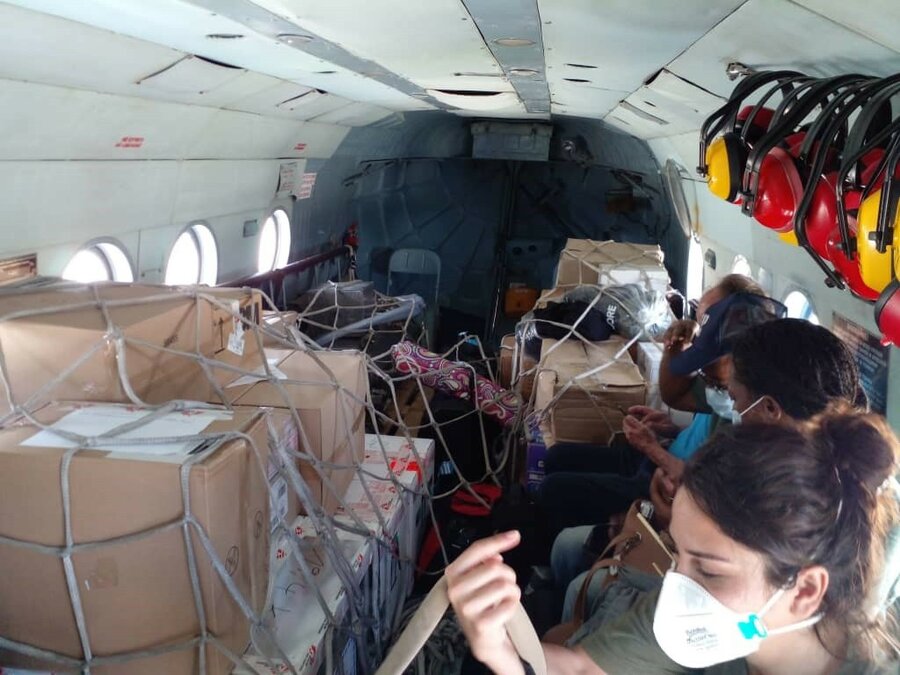 The UNHAS helicopter is flying medical supplies and staff to affected areas.

The Government has announced a month-long state of emergency, with tropical depression Grace expected to hit the southern coast of Haiti in coming days.

In 2010, Haiti was devastated by a 7.0  magnitude earthquake that killed more than 200,000 people, leaving countless families homeless.