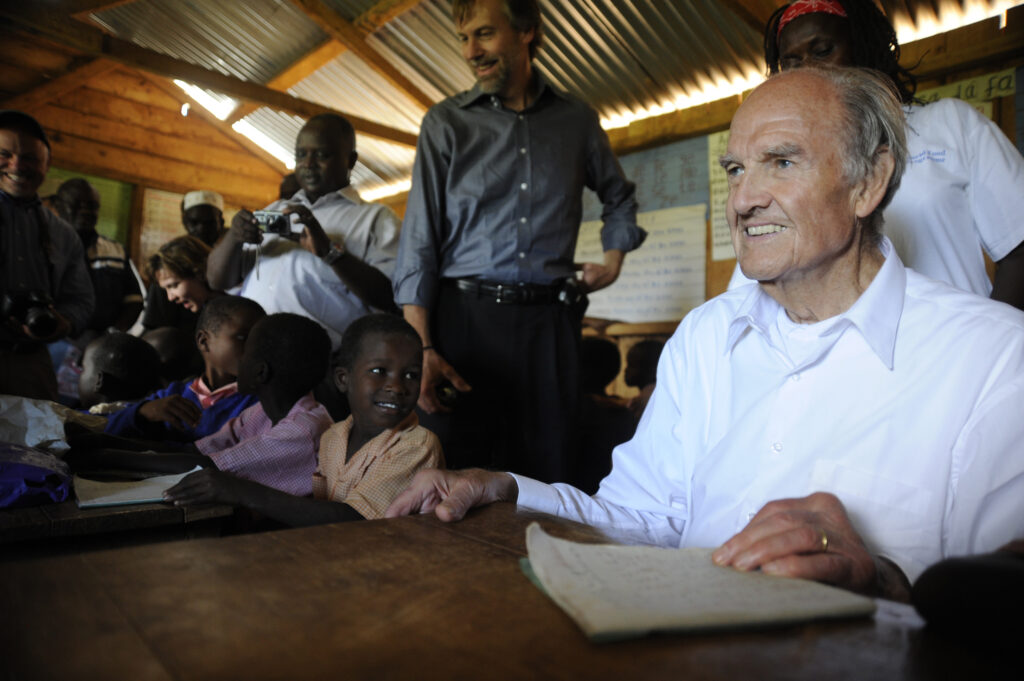 Senator George McGovern lived a legacy of hunger relief. He was a lifelong advocate for hungry people abroad and at home – and played an instrumental role in the establishment of the United Nations World Food Programme (WFP).

McGovern was elected to the House of Representatives in 1956. In 1961, he was appointed by newly elected President Kennedy to lead U.S. Food for Peace Program. Upon assuming the role, Kennedy challenged him to find a better way to feed the world’s hungry. McGovern proposed the idea of a multilateral food-aid program. Seven months later, the UN approved, and the U.N. World Food Programme was born.

In 1962, McGovern was elected to the Senate. Throughout his political career, he remained deeply committed to the issues of food and hunger. McGovern was particularly passionate about child nutrition and school meals. In the 90s, he teamed up with a Senator from across the aisle – Bob Dole – to revive and improve school feeding programs across the world.

Together, Dole and McGovern launched America’s first global initiative dedicated to feeding hungry children: the McGovern-Dole International Food for Education and Child Nutrition Program. The program put America’s mark on the belief that children should never have to forgo education because they are hungry. Humanitarian agencies like the U.N. World Food Program could now stock school meals programs overseas using U.S. crops and leverage financial and technical assistance from the U.S. government. Since the program’s inception, it’s reached more than 40 million hungry kids abroad.

In recognition of their achievement, Dole and McGovern were awarded the World Food Prize in 2008.

Until his death in 2012, McGovern continued to be active in hunger relief – serving on World Food Program USA’s board. Senator McGovern truly left a legacy by making an invaluable impact on the fight against global hunger. His tireless efforts saved and changed the lives of millions of people across the world.