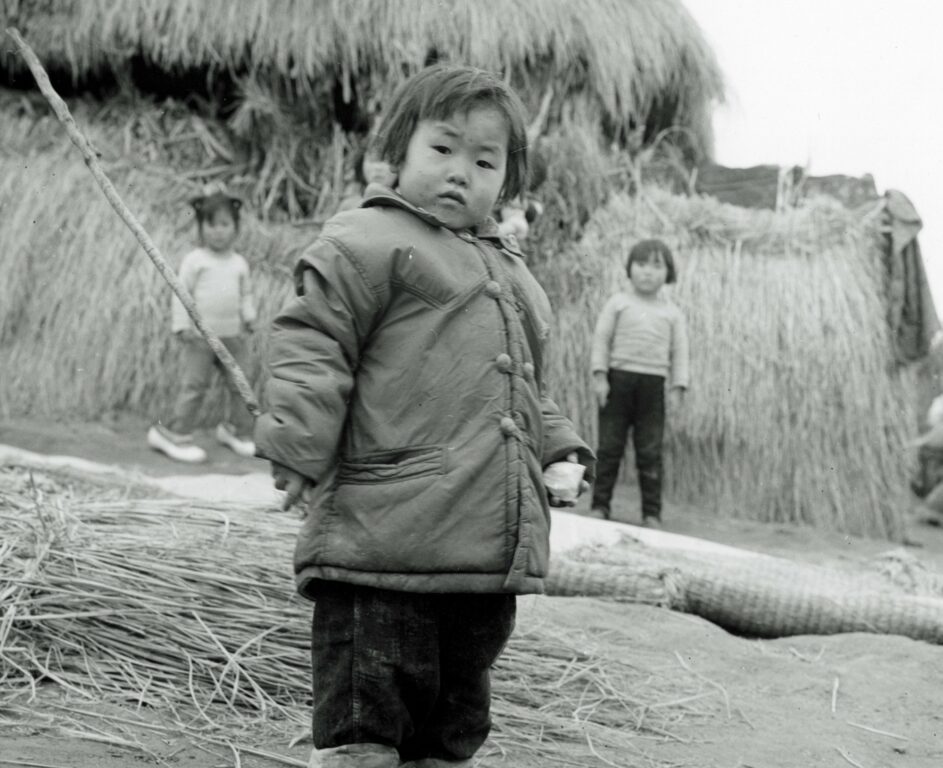 How Did Korea Go From Receiving WFP’s Help to Becoming One of Its Top 20 Donors?

They call it ‘The Miracle on the Han’, after the river that winds its way gracefully through Seoul and on to the sea. The miracle is the Republic of Korea’s remarkable rise from the ashes of the Korean War, and transformation into a country now helping others to eradicate hunger.

This status was underlined on 28 February 2018 with Korea’s largest-ever contribution to the World Food Programme (WFP) — US$42.5 million that will be used to buy 50,000 metric tons of Korean rice and provide life-saving food in Syria, Yemen, Kenya, Ethiopia and Uganda.

Just 50 years ago, the Republic of Korea was one of the poorest countries in the world. Former UN Secretary-General Ban Ki-moon describes growing up in a country “devastated from the Korean War” of 1950–53.

Reconstruction work continued until the late 1950s. However, the roots of the country’s dramatic changes can be traced to the 1960s, as the emphasis shifted from post-war recovery to economic development. FAO/S. Bunnag
A child in front of a thatched house that was restored after flooding in 1965.

WFP was the second largest donor to the Republic of Korea, among UN agencies, from 1945–1999. In total, WFP carried out 23 projects ranging from nutrition assistance, flood control and road construction, totalling around US$104.5 million.

“Within just one generation, the Republic of Korea has transformed from being a recipient to a donor, and has contributed generously to WFP, becoming one of our top 20 donors,” says WFP Executive Director David Beasley.

With population control vital for economic and social growth, the World Food Programme introduced an integrated approach in 1973 — involving day-care centre feeding, nutritional education and family planning — that reached more than 70,000 vulnerable groups. The programme was later expanded to include school meals at vocational training institutes. WFP
A newly settled family at a land-reclamation site.

High population growth in the 1960s to 1990s saw the government stepping up efforts to increase the amount of arable land and agricultural production.

Projects included the renovation of land through river watersheds, and increasing timber resources through reforestation, with WFP providing food to workers on eight initiatives, from 1964 to 1975.

Around 1,200 mm of rain falls each year in the Republic of Korea, with two thirds of this during the rainy season between June and September. Previously this meant ruined farmlands and the destruction of levees.

Flood projects included working on strengthening of river banks and building new levees. WFP provided food to 29,000 people workers on 148 sites between 1964 and 1984.

Creating better transport networks across the country was essential for opening up access to thousands of kilometers of disused land and forests, as well as increasing trade. The Jeju Island Ring Road Construction Project involved building a 167 km road, with WFP’s assistance, between 1965 and 1966, connecting 96 mountain villages. WFP/FAO
WFP wheat flour is distributed to workers in a project in the eastern Iksan County.

WFP’s assistance for improving water sanitation and supply between 1976 and 1982 — worth US$160 million — helped increase hygiene and reduce infections among communities.

Of course the country’s efforts to create a new economic landscape did not leave it immune to a sudden emergency. It was vital therefore that support arrived quickly to offset the impact of such an event.

Heavy rainfalls in 1974 led to the worst flooding of the Youngsan River area since the Korean War, with 20,000 people affected and many losing their lives. WFP provided food to 10,000, in the form of wheat flour.

Seon-ho Lee, former Director General of water resources, reflects on the collaboration between WFP and his country: “WFP provided the ROK with wheat flour, which was very rare and valuable in the 1960s and 70s, which greatly helped us. ROK could safely overcome the lean seasons thanks to WFP’s grain support.” From beneficiary to major donor

When the the Republic of Korea supported WFP’s supply of emergency food assistance to famine-struck DRPK in 1996, it marked the starting point of a different kind of partnership between the country and the UN agency.

From receiving WFP food assistance in 1984, to becoming a top 20 donor country within 20 years, the Republic of Korea provides a living example of how Zero Hunger can become a reality.

Meanwhile, rice bags stamped with the Korean flag are now being delivered to the most vulnerable people all around the world, something unthinkable decades ago. WFP
Children holding the Republic of Korea flag in a village where a government-assisted, flood-control project is in progress.

To celebrate this transformation, WFP’s Seoul Office published a book, Achieving Zero Hunger in the Republic of Korea with WFP, in November 2017.

As the world strives to achieve this goal across the planet, in line with the Sustainable Development Goals, a new partnership agreement with WFP will see the Republic of Korea share its unique experiences with other countries hoping to follow its lead.

“We hope that the steadfastness, strength and determination of the Korean people will inspire those still suffering from hunger, as a living proof that WFP’s global operations do bring lasting changes and development to recipient countries,” said WFP Executive Director David Beasley.