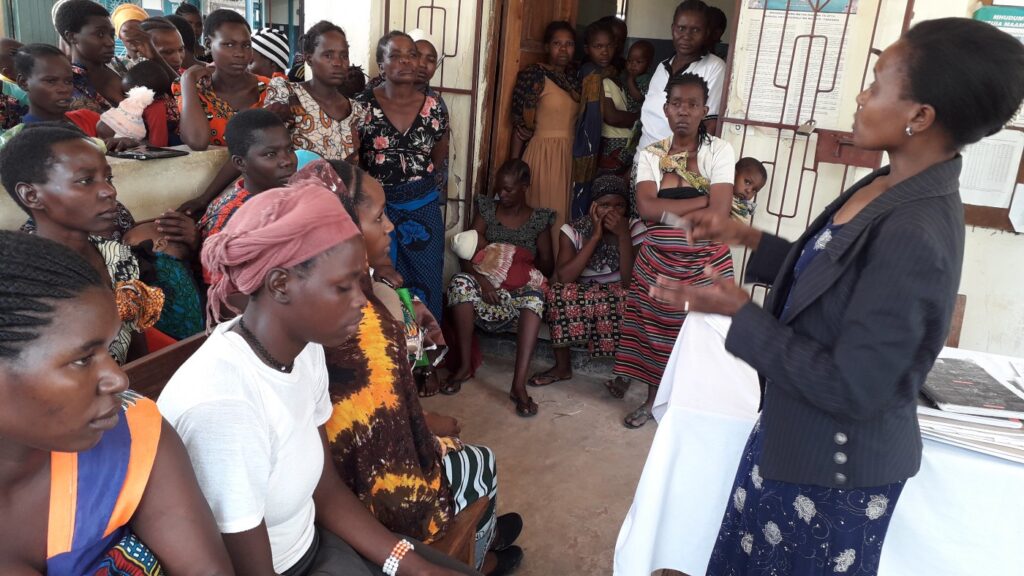 Every year, more than 3 million infants and young kids die from hunger-related causes. That’s the equivalent of the entire population of Iowa being wiped off the map every 12 months.

Hunger on that scale devastates whole families and communities. And it’s why we’re fighting back by helping pregnant women and new moms get the nutrition they need. This is the story of how a well-planned web of support programs can ward off the dangerous, lifelong consequences of childhood hunger.

A few years ago, Happy Kennethy Mbalay and her husband were expecting their third child.

Her husband was looking for work and eventually found it — 620 miles away. So he had to move. This left a pregnant Happy facing the pressure of raising their two children, aged seven and four, on her own, with all the physical and emotional challenges of a pregnancy.

The couple lived in a small two-bedroom home nestled in the hills of Buigiri in the Dodoma region of Tanzania. Unfortunately, Happy was unable to survive with the money her husband sent back, so she needed to look for other means of generating income.

Despite being 20 weeks pregnant, the 31-year-old began going door-to-door selling clothes to people in her village. It wasn’t easy. Even though the community was impressed by all her colorful fabrics and intricate designs, the products had few takers, leaving her unable to put nutritious foods on the table.

Happy, however, had the foresight four weeks earlier to enroll at the United Nations World Food Programme (WFP) supported Boresha Lishe nutrition project. This enabled her to attend prenatal check-ups at Buigiri Dispensary, a public clinic supported under the project — which is co-funded by the European Union and Japan.

On a monthly basis, Happy received take-home packets of nutritious flour mix fortified with important vitamins and minerals. She also received education in nutrition and counseling on feeding practices for infants while the clinic monitored her nutritional status.

Through the monthly check-ups, Happy received the nutritional support she needed and gave birth to a healthy boy, weighing just over 8 pounds. She named him Yalumbwe Emmanuel Mussa, meaning “to be praised” in the Kigogo language.

After delivering her baby, Happy resumed her check-ups and continued to receive the nutritious flour until her baby turned six months old. At 14 months, Yalumbwe received his own ration of specialized nutritious food. 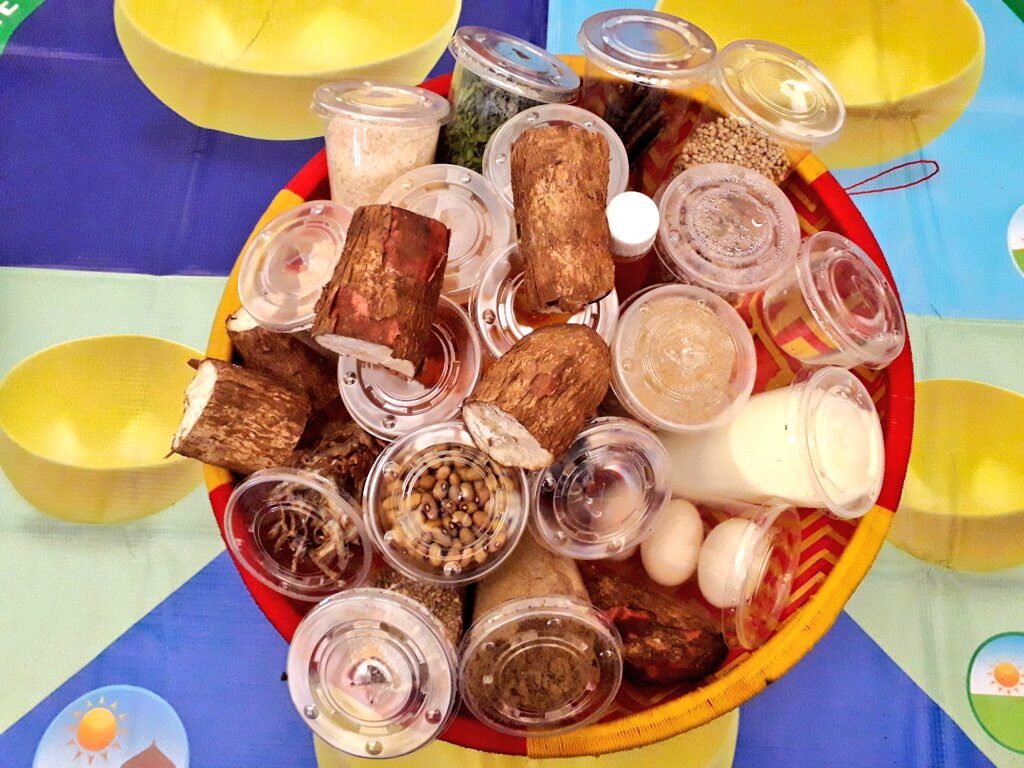 A basket filled with food samples meant to represent a balanced diet.

Following up with training and support

Under the supervision of Save the Children, the U.N. World Food Programme’s implementing partner, two community health workers made regular follow-ups on all project beneficiaries, including Happy and Yalumbwe.

But our work doesn’t stop with food. During her pregnancy, Happy received additional support from community workers who trained her on WASH techniques (water, sanitation and hygiene), led cooking demonstrations on preparing nutritious foods, and enrolled her in VICOBA — a saving and lending program led by Village Community Banking. 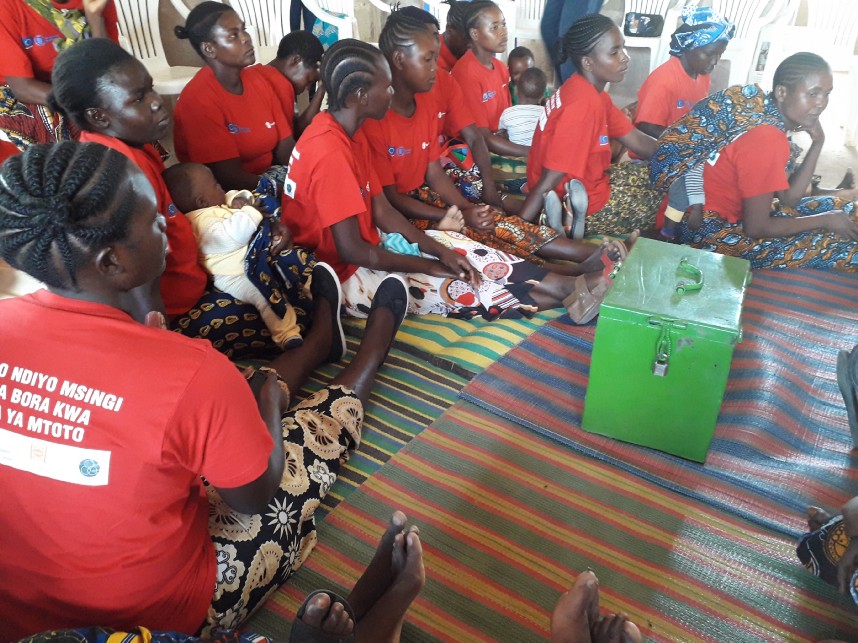 Women gather for a VICOBA meeting.

In VICOBA, Happy saw an answer to her prayers for getting the money she needed to boost her clothing business. After taking out a loan for 50,000 Tanzanian shillings (approximately $22), she invested in better quality supplies. Her new products increased both the number of customers and her income.

Happy was able to repay her loan and still have enough to buy beef, milk, butter, sugar, fruit and other food items she couldn’t afford before.

How to eat for health: boabab, java plum and tamarind

Diverse diets are one of the keys to ensuring mothers and their children are receiving enough nutrients, so the Boresha Lishe project also offers education in agriculture. 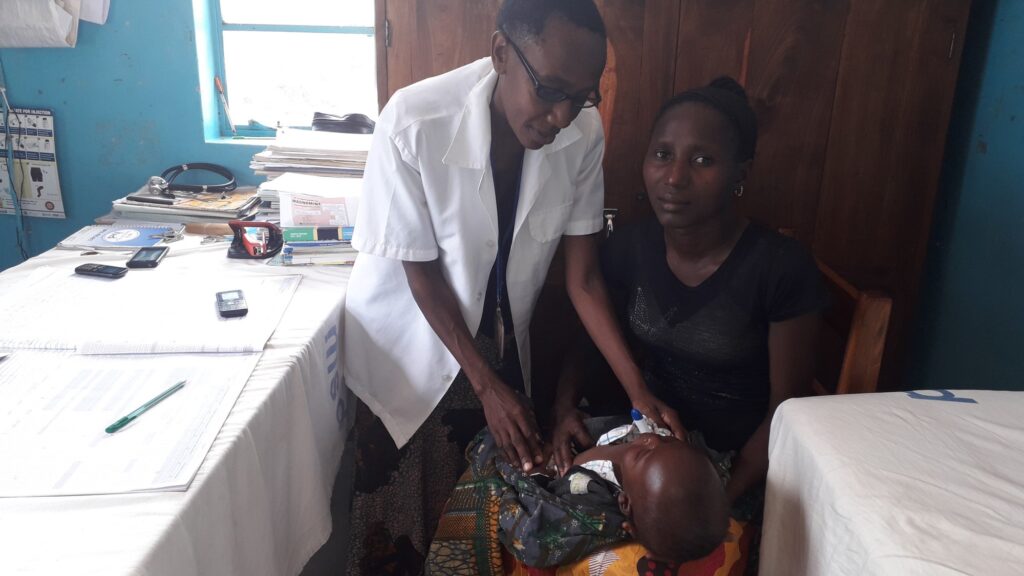 Before the training she received, Happy tended to overlook some readily available, highly nutritious fruits such as boabab, java plum and tamarind — all easily accessible from the local market. Since joining Boresha Lishe, Happy has adopted better feeding practices and developed a deeper understanding of food itself.

“Now that I am better informed on the benefits of eating a balanced diet, I ensure that my family diversifies its meals,” she says.

Not only does Happy enjoy eating healthily and taking good care of herself and her family, she’s also become an unofficial champion of the Boresha Lishe project and is keen to share the nutritional knowledge she has gained with friends and neighbors.

Happy’s story is the perfect example of how we’re fighting childhood hunger from all angles, starting in pregnancy and continuing through children’s earliest, most precarious years.

This story originally appeared on WFP’s Insight on October 14, 2019 and was written by Alice Maro.