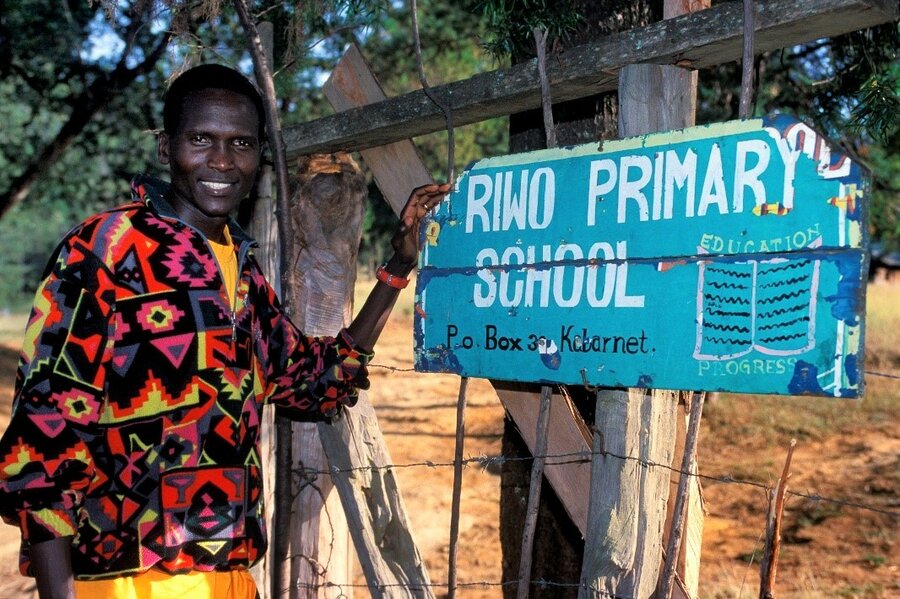 With the Tokyo 2020 Olympics coming to a close, we look at the story of Kenyan Olympic medalist Paul Tergat and the impact school meals had on his journey.

Growing up in northern Kenya, Paul Tergat and his family often lacked enough food for even just one simple meal a day. As a result, he rarely attended school. He just didn’t have the energy to make the three-mile journey there from his home in the drought-prone Baringo county. When he did find his way, it was difficult for him to concentrate in the classroom on an empty stomach.

Paul Tergat poses for a picture at Riwo Primary School where he studied as a child.

But in 1977, Paul’s life changed forever. The United Nations World Food Programme (WFP) began distributing school meals in his county. School meals help to improve children’s nutrition, ability to learn and life chances, while giving poor families an incentive to send their children to school and gain an education.

“I want to say that the U.N. World Food Programme’s school feeding program changed my life, and I am sure it has changed, if not millions, thousands of other young people. It is still doing the same, both locally within the nation and globally,” says Tergat. “I believe that is something we need to cherish a lot.”

“During the time of our fathers and great grandparents, they had wisdom but they did not go to school and people could cheat them when selling animals. We were able to be in class to study longer, concentrate more, contribute more in the class and be able to enjoy and interact more. And because of that one meal a day…everything else has been changed.” 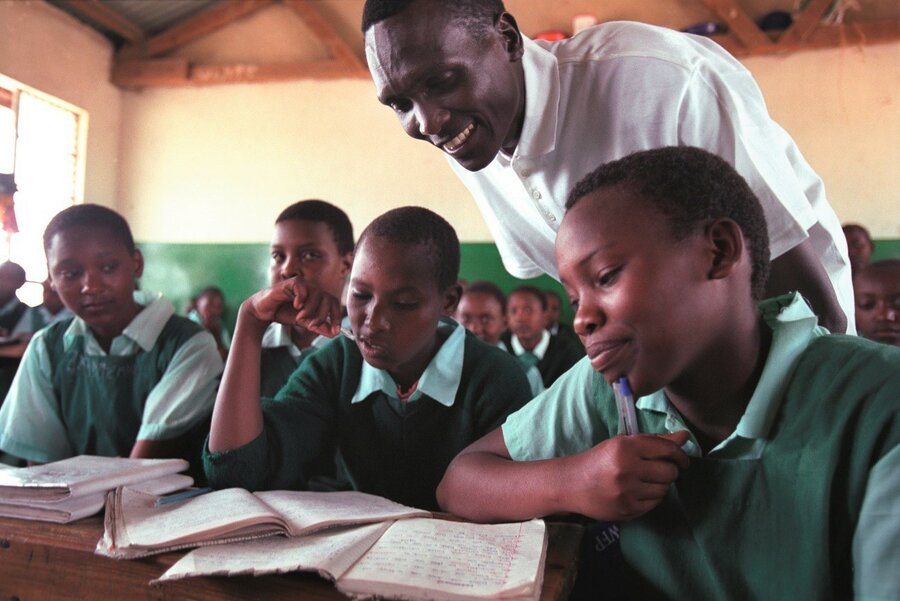 The promise of a school meal encouraged Paul to study.

The promise of these meals encouraged Paul, then only 8 years old, to go to class at the Riwo Primary School. Thanks to the nutrition provided by the school meals, Paul would eventually work up the strength and energy to run the three-mile route. Every day he ran, becoming faster and stronger with each session.

“The school feeding program really played a major role in who I am today,” says Tergat. “I was able to get stronger.”

Those runs proved to be remarkably significant later in life, a precursor to an incredible change of fate. Ten years later, Paul won two Olympic silver medals for the 10,000-metre competition — one in 1996 and one in 2000. In 2003, he set the world record at the Berlin Marathon. Two years later, he won the New York City Marathon in the closest finish in the race’s history.

The school meals program in Kenya has evolved over the years since Tergat graduated and is now delivered and funded by the Government of Kenya, as an integral part of a commitment to education for all. 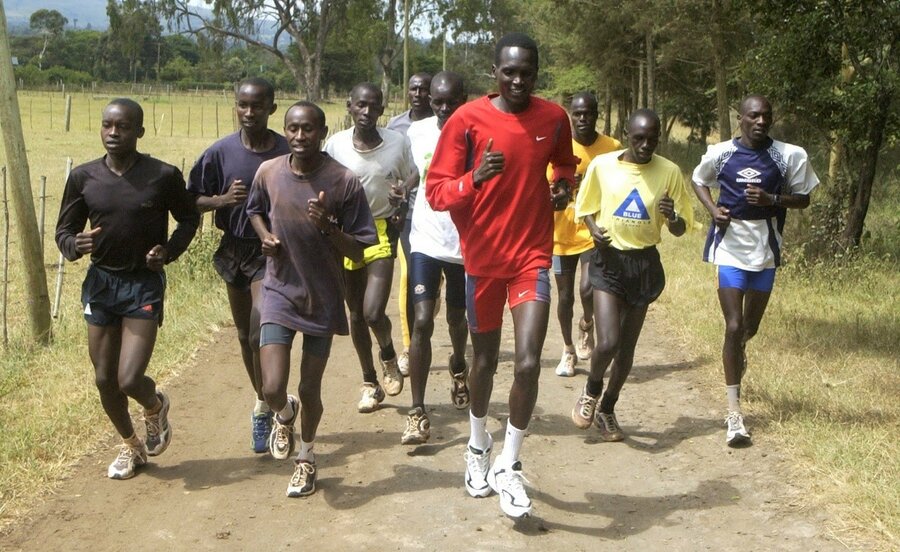 The U.N. World Food Programme’s school meals gave Paul the energy needed to run three miles to and from school every day.

“Education is critical and should be made available to everyone,” said Tergat, noting that school feeding is key to this goal, as it raises motivation for children to stay in school and continue studies. 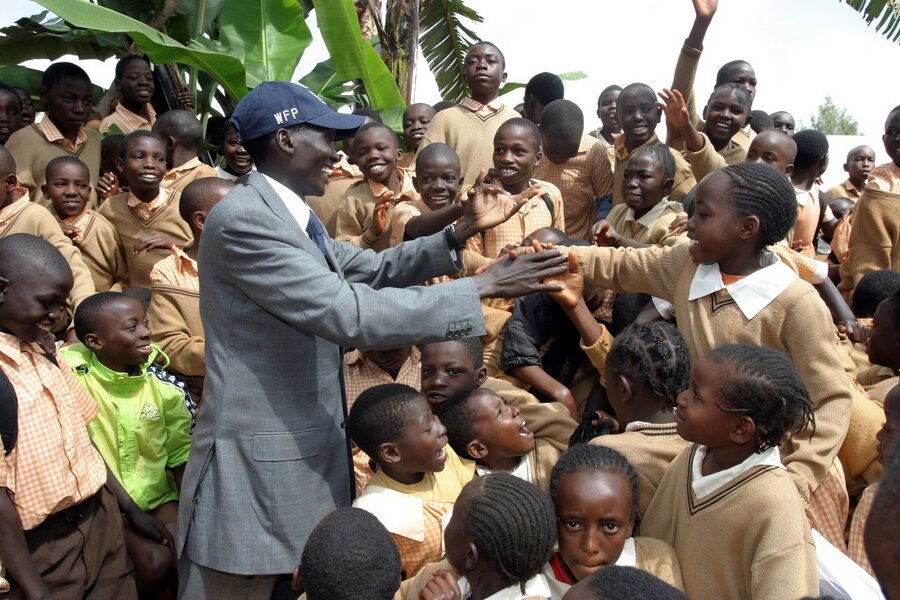 “Education is critical and should be made available to everyone” says Paul.

Paul is a longstanding supporter of the U.N. World Food Programme and has travelled the globe to share his inspiring story with children in the world’s poorest classrooms. 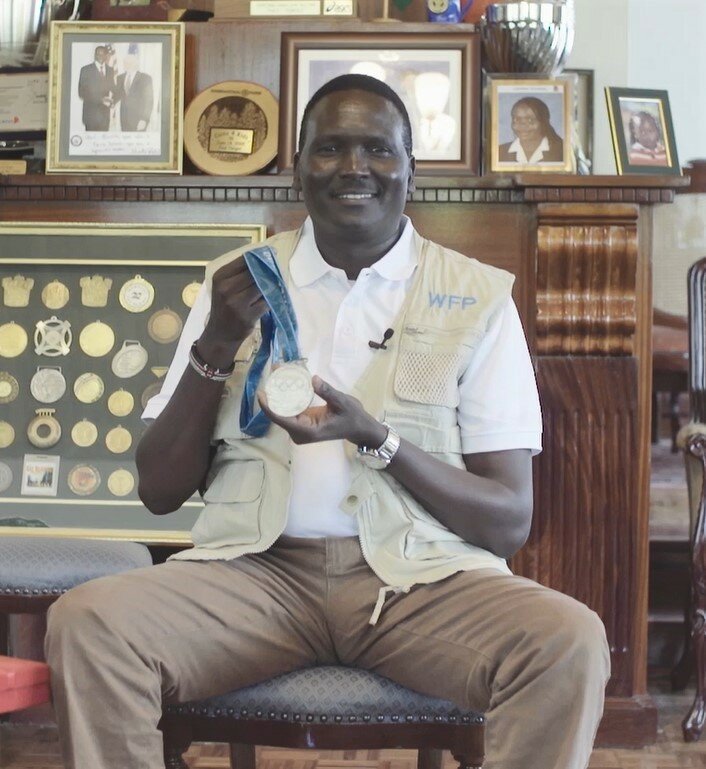 Paul is an Olympic medalist and set a world record at the Berlin Marathon in 2003.

“Every child has a gift and potential within us,” he added. “If we can lend a hand to support them, they can discover their talents and change the world to be a better place.”