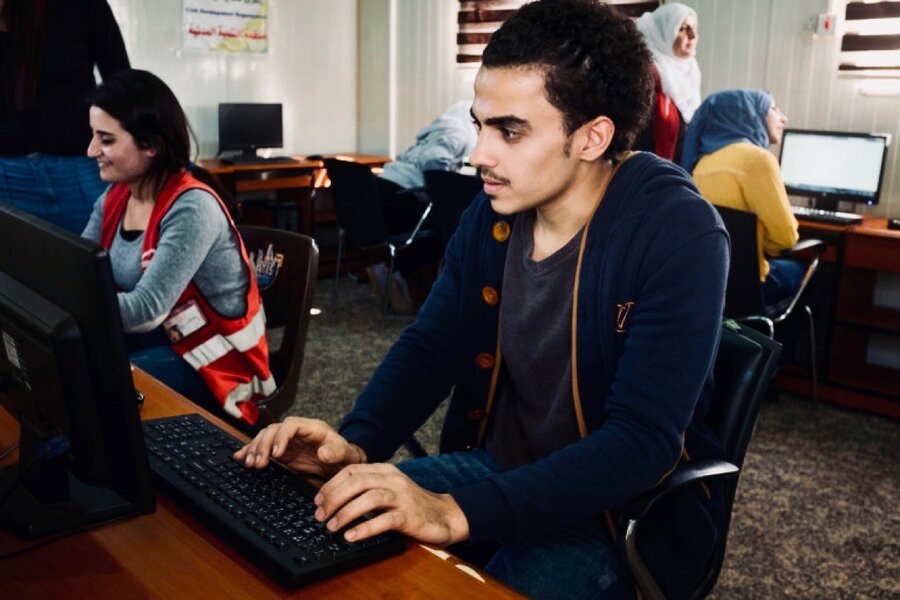 When Yasser fled war in his home country, Syria, back in 2011, he first landed in a refugee camp in Lebanon. Then it was Egypt, followed by Iraq. Along the way, he went through a series of odd jobs – anything he could find, any work a community could give him to help support his family. He worked in a butcher shop, a concrete block factory, a poultry market – he even sold balloons on the street.

The 23-year-old had hopes of going back to school, but the constant disruption of forced displacement and lost work and desperate efforts to make ends meet meant leaving that dream behind. So when Yasser heard an announcement in his Iraqi camp about technology courses available to refugees, he jumped at the opportunity.

Yasser’s training meant he would no longer have to sell balloons in the street.

Technology is changing the future of work, and there’s no reason refugees, or their vulnerable host communities, should be left behind in the process.

When Refugees Flee, They Lose Their Livelihoods

Refugees like Yasser and his family flee for two main reasons: danger and loss of livelihood. Threatened by violence and left without income, food becomes scarce, and families are forced to leave home. Most refugees are hosted by neighboring developing countries that are already grappling with their own challenges. Stranded, displaced, disconnected, and without the resources or systems they’re used to, it’s extremely difficult for these communities to get back to any semblance of self-reliance without help.

Today, conflict, violence and persecution have driven more than 70.8 million people away from their homes, including 41.3 million internally displaced persons and 25.9 million refugees. War is a vicious, destructive force that dashes the futures of entire communities, often leaving them unsustainably dependent on international aid. The U.N. World Food Programme is working to change that. 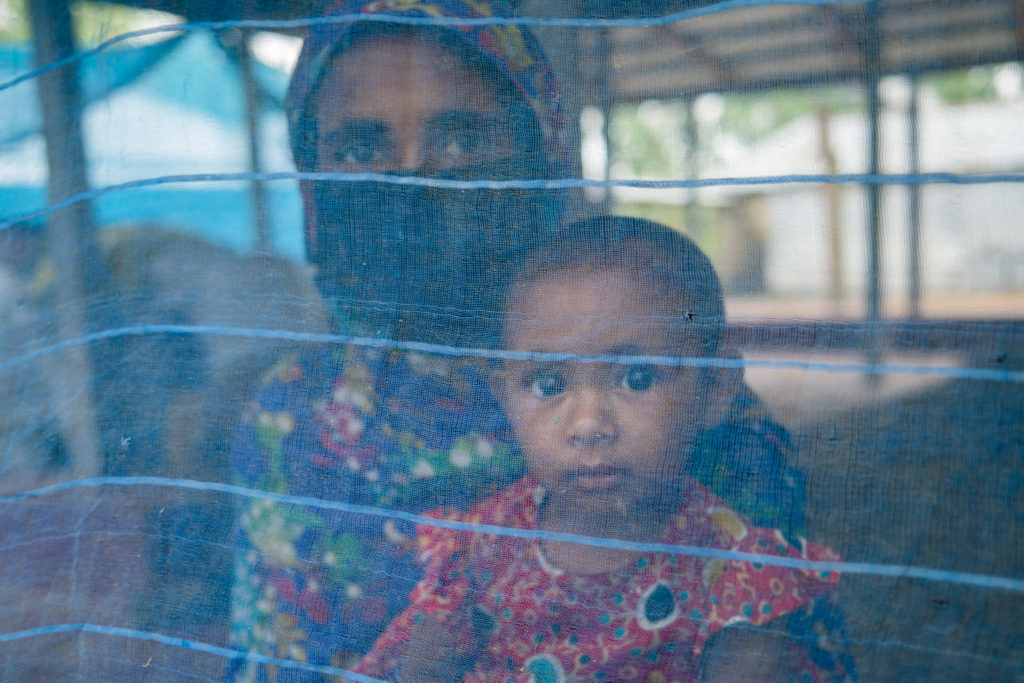 Haushi and her young daughter Jharna were forced from their home in Myanmar. They’re now just a few of the nearly 900,000 refugees who rely on WFP to survive in Cox’s Bazar, Bangladesh.

How can technology help us end this cycle of violence and displacement? EMPACT partners with leading tech firms around the world to teach digital skills through a tailored, focused vocational training program. A basic, six-week course covers fundamental IT skills followed by advanced training, apprenticeships and, critically, a connection to online work. Students – refugees or vulnerable members of their host communities – can learn anything from navigating the web and annotating images, to training in office software, creative skills in image editing and visual production, and hard coding skills like HTML and Python. 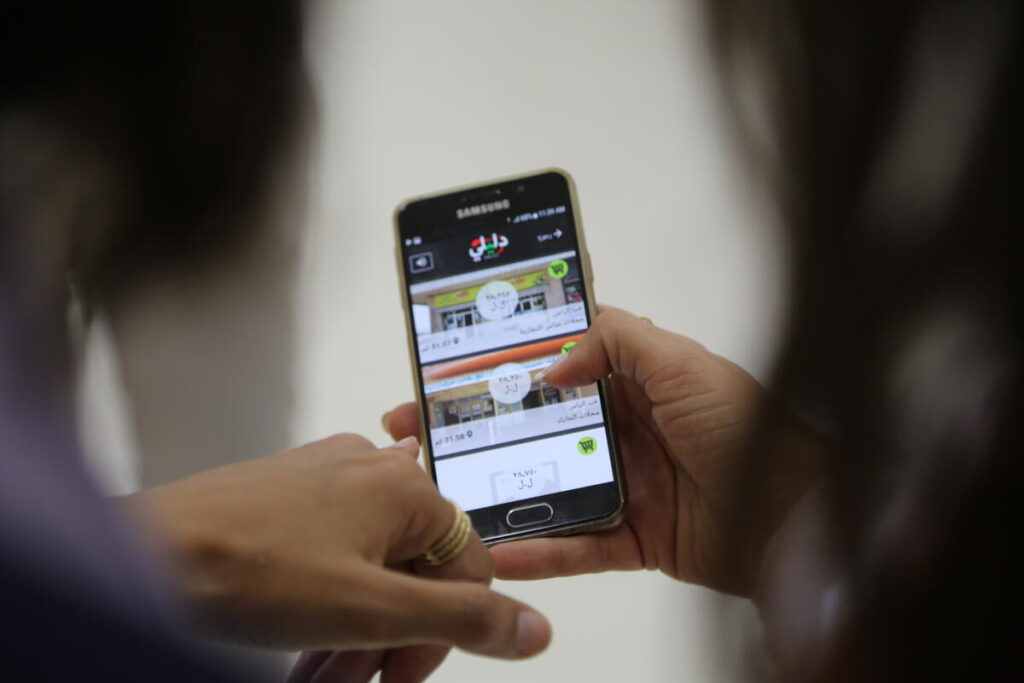 One of our EMPACT students built an app to provide companies with image annotation services.

Connecting People to the (Digital) Future of Work

When refugees have access to these kinds of in-demand, portable skills, they get a solid chance at lifting themselves and their families out of poverty – building strong foundations in their respective home and host countries. When conflict and crisis strike, understanding and having the capacity for remote digital work means displaced people don’t have to lose their livelihoods along with their homes. The flip-side: In the coming years, people without digital skills will fall even further behind.

Around the globe, there’s a growing demand for basic, labor-intensive digital work, like data entry, data cleaning, photo editing, and image annotation. EMPACT graduates are ideally situated to do this kind of work from wherever they live and can keep working wherever they may choose – or be forced – to go. Best of all, once they pass the advanced course and continue their on-the-job training, graduates have everything they need to grow into even higher-skilled, better-paying jobs. 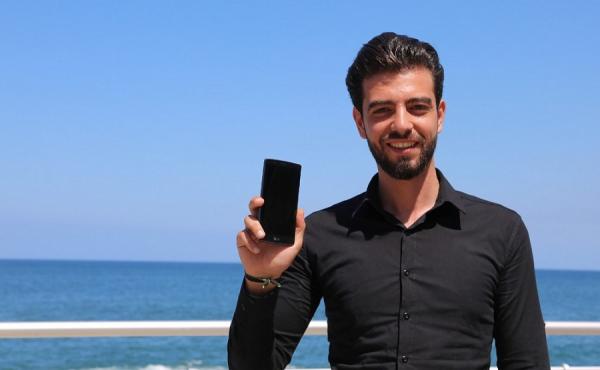 Anas, a Syrian refugee, is now working on app development.

Since 2016, the U.N. World Food Programme’s EMPACT initiative has trained more than 18,000 students across twelve campuses in Lebanon and Iraq. More than half of the participants are female. In Iraq, almost 20 percent of students generated an income through online work and 33 percent of alumni were employed four months after graduating.

One of our students, Anas, joined the EMPACT program in Beirut in 2016. After graduating, he moved straight into the six-week advanced class, where he focused on app and web development. Just one year later, Anas helped build an app to provide companies with image annotation services.

Marwa, a 23-year-old single mother from Damascus, lives in the Arbat refugee camp in Northern Iraq. Like Yasser, the conflict in Syria forced her to flee, interrupting her university studies and making it harder to find a career.

For Marwa, merely getting by wasn’t enough – she wanted to find a good job so she could raise her son Adam with opportunities she never had. Marwa enrolled in EMPACT and now studies online while earning money with her new skills. She’s on her way to becoming a certified remote bookkeeper. 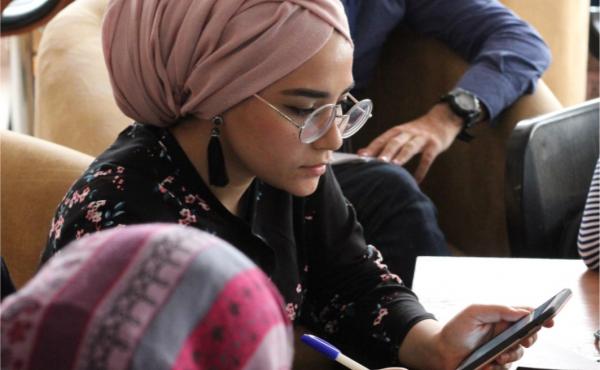 Earning an income before graduation was crucial for Marwa, and a central part of EMPACT.

Meanwhile, Yasser studied social-media marketing and web design and came out first in his class. Even before graduation, he found a job with the Click Digital Agency in Iraq – working as a web designer and social media specialist. We continued to support Yasser’s journey, providing him with a laptop for his first professional job. A little more than a year later, he’s an Account Executive, team leader and quality controller at Click with a large base of clients in and outside Iraq. 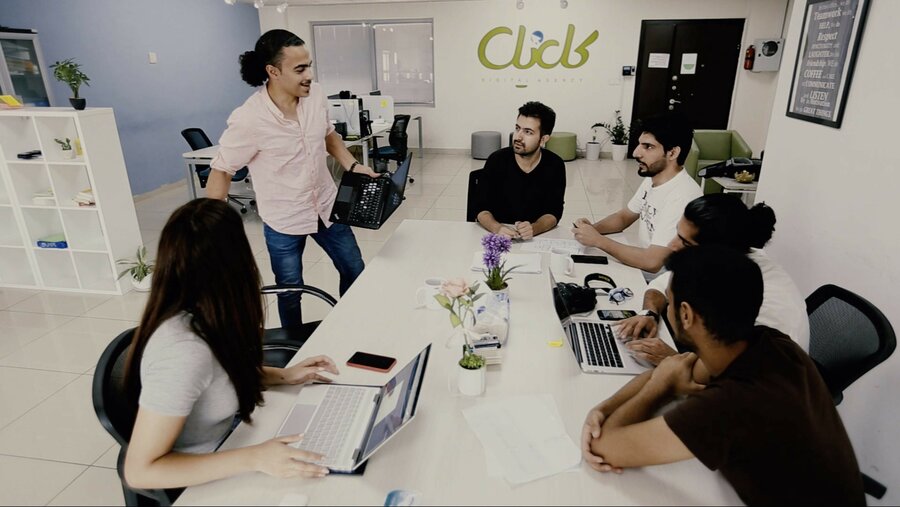 For Yasser (standing), working for a digital agency is a dream come true.

“I am really lucky to have had the chance to attend this amazing program,” he says, “and I encourage anyone with a dream to attend it.”

Where We Go From Here and What We Still Need

Today, EMPACT is currently active in Lebanon, Iraq, Kenya and Turkey. The next step is for the project to rapidly scale its reach beyond its current borders, with a goal of reaching 100,000 people over the next five years. Ideally, EMPACT will reach a potential 1 million people through its robust training program and broad community engagement.

Here’s how you can help: The U.N. World Food Programme is seeking private sector companies and organizations interested in providing digital remote work or training opportunities for refugees and affected communities across the world. If your company is interested in the EMPACT program, send us an email.

We’re working to break the cycle of conflict, displacement and hunger – and technology is helping us get there. Donate here to support EMPACT, and help us get refugees like Yasser, Anas and Marwa on a brighter path.