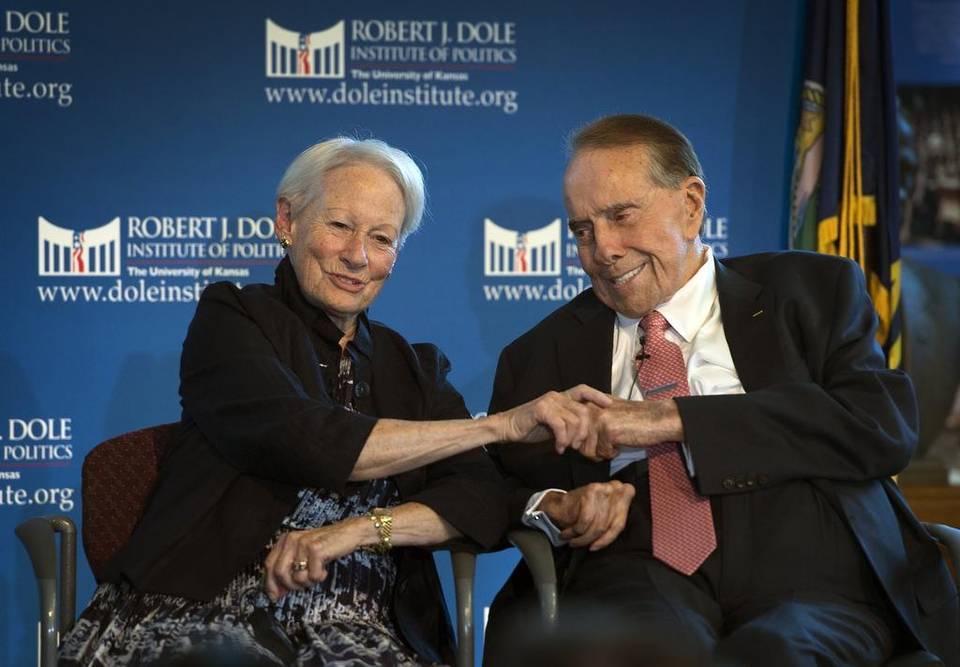 How the farm bill could make the world safer

The first field hearing for the 2018 farm bill takes place Thursday in Manhattan, Kan. — a town just 130 miles from where I was born and raised. It’s a fitting location given the crucial role that farmers, lawmakers and political leaders from the Midwest have played in addressing hunger and promoting national security.

That’s because the farm bill won’t impact just American growers and consumers. It will also have an enormous impact on the world’s hungry people — and help stabilize an increasingly unstable world.

Humanitarian agencies are facing an unprecedented number of food emergencies driven by conflict that is increasing the number of hungry people across the planet. This humanitarian crisis has serious implications for global hunger and national security. “I can confidently say that there is no issue in global security more timely or relevant than food security,” U.S. Sen. Pat Roberts, chairman of the Senate Agriculture Committee, wrote last year. “Show me a nation that cannot feed itself, and I’ll show you a nation in chaos.”

As the threats to national security evolve and grow, so too must our response. Supporting food assistance programs in countries like South Sudan, Syria and Yemen isn’t just the right thing to do; it’s the smart thing to do. Hunger feeds violence and instability.

In this new world where military might alone does not ensure global stability, food security is a form of soft power and is critical in the battle for hearts and minds — and stomachs. As John F. Kennedy once said, “Food is strength, and food is peace, and food is freedom, and food is a helping hand to people around the world whose goodwill and friendship we want.”

Even before today’s worldwide humanitarian crisis, politicians from both parties have long recognized that supporting global hunger relief is good for America.

During my time in the U.S. Senate, I worked alongside Democratic colleagues like my late friend Sen. George McGovern to establish programs to feed hungry people in the United States and around the world. After we both left the U.S. Senate, we worked together to launch a U.S. program that provides school meals to children in the world’s poorest classrooms.

As the first head of what became known as USAID’s Food for Peace program, McGovern led the effort to create the World Food Programme, the planet’s leading global hunger relief agency, which was started at the urging of U.S. lawmakers.

Despite the current politically contentious period, this bipartisan U.S. legacy continues. The Global Food Security Act was passed last year because legislators on both sides of the aisle recognized its importance. I’m honored to see both U.S. senators from Kansas — Roberts and Sen. Jerry Moran — carrying on Eisenhower’s legacy by providing invaluable leadership on this issue.

Roberts is also working alongside ranking member Sen. Debbie Stabenow of Michigan on the Senate Agriculture Committee to bring the wisdom and generosity of the heartland to the Hill.

Even 60 years later, Kansas wheat remains a powerful tool in the fight against world hunger. In 2015, for example, more than one-third of all commodities shipped overseas were provided through the Food for Peace program. An additional 120,000 metric tons were sent as part of the Food for Progress and McGovern-Dole (or as I like to say, the Dole-McGovern) Food for Education programs.

The world has changed drastically since I left office in 1996. But one thing remains the same: Food still plays a crucial role in global and national security.

The question facing lawmakers today is how to use U.S. agricultural resources to address the challenges we now face. Global food assistance is one of the best tools at our disposal.

Feeding those in need represents the very heart and soul of this country and promotes our national security.

Now more than ever, the world’s hungry are counting on the goodness of the American people — and the crops of American farmers in the heartland. And these same global communities will remember those who offered assistance in times of crisis.

Thursday’s hearing provides an opportunity for Kansans to remember the Midwest’s incredible legacy of fighting hunger — and the opportunity to make the world safer by feeding hungry people in need.

This op-ed originally appeared in The Kansas City Star.