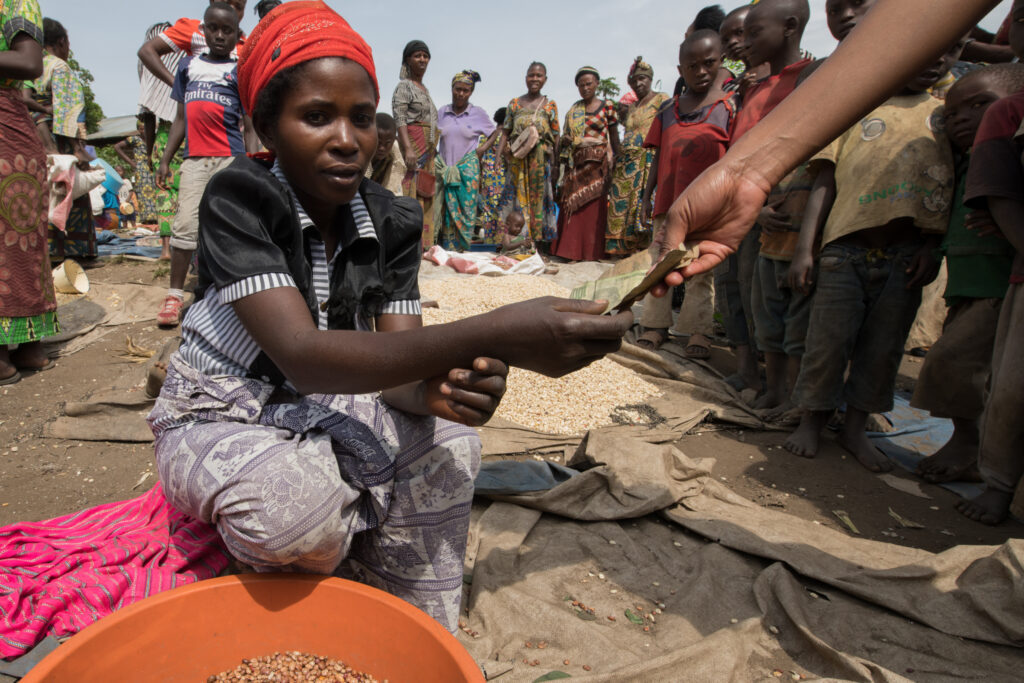 Economies of Hunger: How Volatile Markets Are Driving Food Insecurity

Each year, WFP partners with FAO and other UN agencies to release the State of Food Security and Nutrition in the World (SOFI), a report that informs on progress toward ending hunger. The latest report demonstrates that hunger is on the rise for the fourth year in a row – affecting 820 million people this past year. While drivers like climate change and conflict continue to be major contributors, SOFI 2019 focuses on another key driver of hunger: the economic downturns and slowdowns taking place across the world.

Economic volatility alone is the main driver of hunger for 10.2 million people – a small portion of the world’s 820 million hungry. However, it’s played a significant role as a secondary driver – worsening food security caused primarily by conflict and climate change. In more than half of the countries experiencing conflict or natural disasters, economic shocks made the problem even worse, impacting 96 million people. Higher unemployment, declining wages and lower incomes due to economic instability prevent people from having steady access to food.

Throughout the world, increasing debt and uncertainty around global trade relations have led to the decline and stagnation of regional economies. Rising tariffs are forecasted to reduce demand for commodities, creating serious consequences for countries dependent on export income. Among countries that experienced increased hunger because of an economic downturn or slowdown, 80 percent depended heavily on commodity imports or exports. Lower commodity prices not only reduce a nation’s revenue, but also lead to a decline in GDP growth – increasing unemployment and making people vulnerable to food insecurity.

Income inequality also plays a detrimental role in rates of global hunger. Nearly half of all the countries in the world are experiencing rising inequalities. These disparities exacerbate the impact of economic downturns and slowdowns on food security and lead to a greater prevalence of hunger. This is particularly true in lower-income countries, where inequality is more prevalent, and people are already struggling to get enough to eat. Here, when an economic downturn causes food prices to increase, people are often forced to spend the majority of their small income on meals – leaving nothing left over for other basic needs. In fact, people in low-income countries are 20 percent more likely than those in middle-income ones to be food insecure because of inequality.

SOFI 2019 demonstrates that to achieve zero hunger, we need to reduce widening income inequalities across the world and at the same time help hungry people build resilience to economic shifts. To do this, WFP is working to reach the most vulnerable with the immediate food assistance they need now, but also with the agricultural tools and training necessary to withstand the shocks of fluctuating global commodity prices and vagaries. As long as there are markets, there will be downturns and upturns, good years and bad. But these shifting sands shouldn’t lead to hunger, and it’s WFP’s goal that by 2030 all drivers of hunger will be problems of the past.

This piece was written by Madeline McGarry. Madeline joins World Food Program USA as a summer intern through the Congressional Hunger Center’s Zero Hunger Internship Program. She is a junior at Iowa State University studying agricultural and life sciences with a communications emphasis.