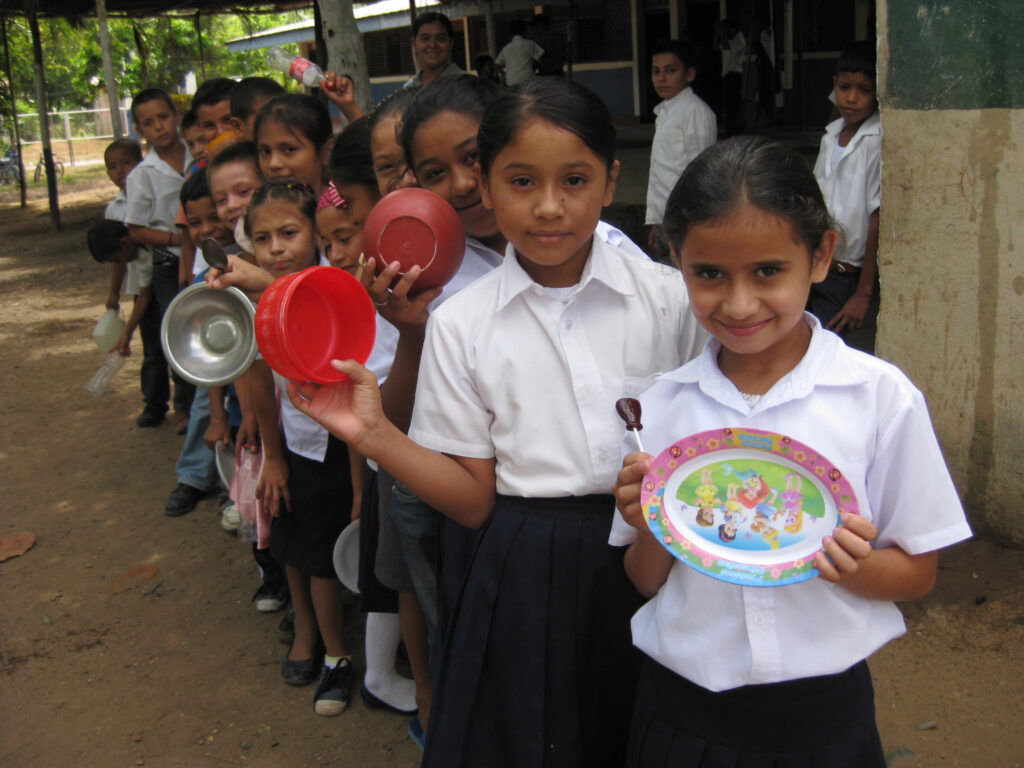 How We Can Achieve Zero Hunger

Last week the U.N. released a report about how to eradicate chronic hunger by 2030.

Published by Food and Agriculture Organization (FAO), World Food Programme (WFP) and International Fund for Agriculture Development (IFAD), the report lays out the cost over the next 15 years to achieve zero hunger. The figures are astonishing in their affordability.

According to the report, it would cost just $160 to feed a person living in extreme poverty for a year. Put another way, this is roughly $267 billion per year from 2016 to 2030—just 0.3% of the world’s total economic output.

“We need a dramatic shift in thinking to help the world’s poorest break the cycle of hunger and poverty by 2030. We cannot allow them to be left behind,” said WFP Executive Director Ertharin Cousin.

“We must invest in the most vulnerable and ensure that they have the tools they need not only to overcome hunger, but to enhance their resources and capabilities.”

The report also notes how the international community can build on the successes of countries like Brazil, India and Mexico, which have effectively reduced the number of chronically hungry people over the past two decades. Many have been effective by using a combination of targeted investments in agriculture and infrastructure, as well as social protection programs to combat hunger and poverty in both rural and urban areas.

Properly designed and implemented investments can increase the productivity and incomes of small-scale producers and their families.

For example, in rural areas pro-poor investments should target small-scale irrigation and other infrastructure benefitting smallholder farmers. This may include measures such as food processing to reduce post-harvest waste and losses, as well as stronger institutional arrangements for land and water tenure, credit facilities, fair labor legislation, and other activities, to make farm and off-farm activities and markets accessible to marginalized groups, including women and young people.

In urban areas, the additional investments should ensure that people living in extreme poverty will eventually be able to provide for themselves. For example, investments could target capacity building to impart entrepreneurial and other skills, including craftsmanship, and ensure fair labor contracts, provide credit facilities, housing as well as nutrition-related services.

To break the cycle of poverty and hunger, people who are extremely poor and hungry have to be assisted. Adequate, well-designed social protection programs enable vulnerable people in this category to quickly overcome poverty, hunger and undernutrition.

Social safety net programs in the form of cash transfers or school feeding programs can eliminate hunger immediately, and improve nutrition by allowing the poor to afford more diverse and thus healthier diets. These programs can also fight the “hidden hunger” of micronutrient deficiencies, including the inadequate intake of vitamins, iron and other minerals.

“Hunger in a world of plenty is not just a moral outrage; it is also short-sighted from the economic point of view,” according to the report’s authors.

While many may see social protection simply as consumption, evidence is growing that even modest savings by the poor can enhance their productivity, capital and income. Better nutrition also raises productivity, both in the short and long term. Thus, safety net programs are a powerful investment in the untapped productive potential of the world’s poorest communities.