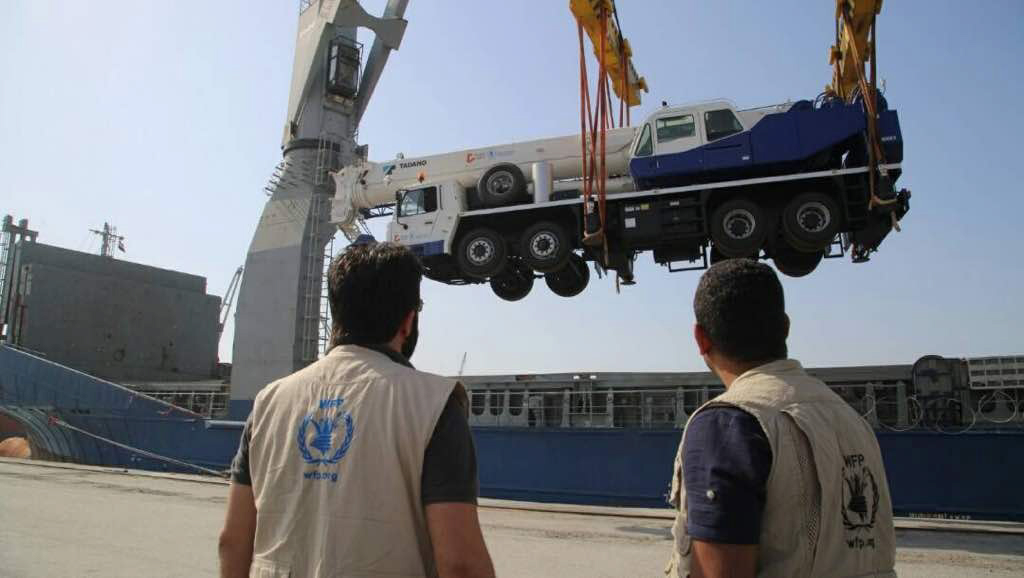 The WFP-chartered vessel MV JUIST arrived in Yemen’s Hodeidah Port with an incredible delivery: Four mobile cranes that will allow faster delivery of relief items for families in the grips of the world’s biggest hunger crisis.

The cranes will almost double the port’s capacity to handle cargo, immediately speed up the discharge of vital humanitarian supplies, ease congestion and allow for more efficient delivery of lifesaving food, medicines and other cargo. Hodeidah serves as the entry point for 70 percent of the food imported into Yemen, making it a vital resource for WFP’s emergency food deliveries.

“The real winners are the people of Yemen, because Hodeidah Port is a humanitarian lifeline for millions who are on the brink of famine,” said WFP Executive Director David Beasley.

Two and a half years of conflict and destruction have pushed Yemen to the brink of famine, resulting in the world’s largest hunger crisis. 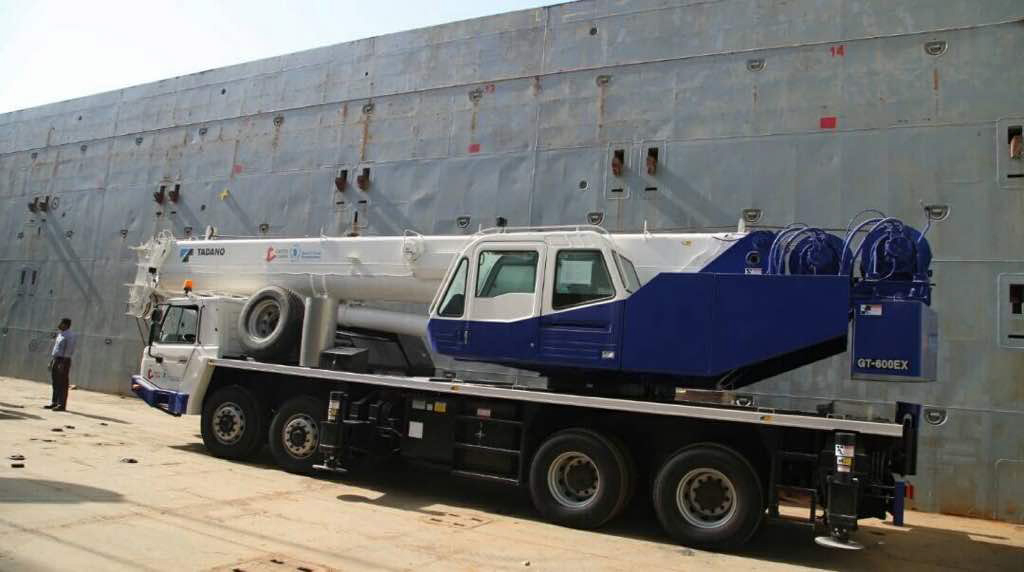 WFP/Fares Khoailed
A picture of one of four mobile cranes in Hodeidah Port.

More than 22 million people in Yemen need humanitarian assistance, including 11.3 million who are in extreme need—an increase of more than one million people since March 2017. This also includes 8.4 million hungry people who depend entirely on external food assistance. Most of them live in areas in central and northern Yemen that are most rapidly and cost-effectively reached via Hodeidah Port.

Seven governorates in Yemen are experiencing emergency conditions. Approximately 107 of 333 districts face heightened risk of sliding into famine, up 13 percent since April 2017. The country cannot withstand further shocks and market disruptions that impact the delivery of food, which directly translate into more people in need of humanitarian assistance.

“We are committed to doing whatever it takes to ensure a consistent flow of life-saving food and supplies to the country,” Beasley said.

It’s because of people like you that WFP is able to deliver lifesaving food around the world — food that these new cranes will unload and rush to hungry families in Yemen.

Families and children across the world need your help